These Apps Teach the Culture and Languages of Mexican Indigenous Communities
Search
Culture 02.28.17 at 1:33 pm

These Apps Teach the Culture and Languages of Mexican Indigenous Communities

In Santa Ana, 61-year-old Davíd Vásquez has dedicated his life to teaching thousands of students Náhuatl. He’s one of the United States’ premier experts on the indigenous language. But his lessons can only reach those who live or can travel to Southern California. Classes for Náhuatl – which has about 1.5 million speakers – exist throughout the US, but it can still be a challenge to access some of these courses, especially those taught in universities. Kernaia, a company intent on creating “an ecosystem of digital content for indigenous languages,” wants to make learning Náhuatl as easy as reaching for your phone. Just recently, it launched the Vamos a aprender náhuatl app for those interested in learning the Náhuatl spoken in Acatlan, Guerrero.

Not unlike DuoLingo, the app – which is in Spanish and Náhuatl – features a glossary and quizzes to help users retain their lessons. What users won’t find is the language’s writing system. In the mid-1500s, Náhuatl faced extinction when Hernán Cortés conquered the Aztec Empire. Spaniards intended for their language to supplant Náhult. They even issuing royal decrees to keep indigenous people from speaking in their native tongues. However, missionaries used the language to convert native Mexicans to Catholicism. But Náhuatl did take a hit – the writing system was lost and the language has been passed down orally. 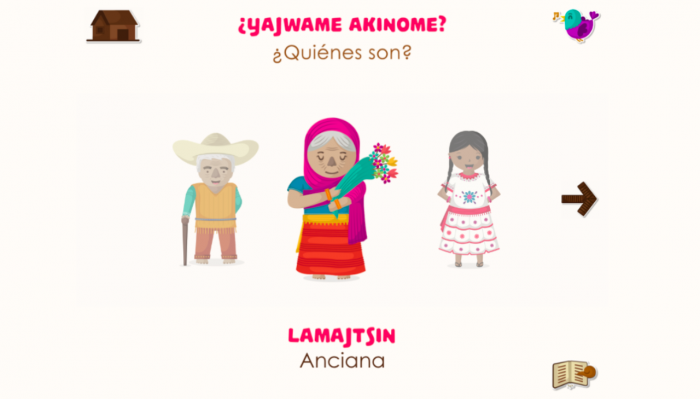 Vamos a aprender náhuatl is the result of the work of indigenous communities, artists, and developers, which explains why it goes beyond just teaching language. Kernaia has also created similar apps for Purépecha and Mixteco. “The purpose of this app is to build a bridge towards culture and the purépecha language,” the site’s page reads. “The origins of this great culture is in Mexico, specifically Michoacán. We seek to offer an experience directed for two audiences. First, directed to people who has [knowledge]of the language and are interested in using technologies to relate with the culture. Second, directed to people who beyond learning words in purépecha want to learn about a town that maintains its traditions while transforming, and that is why it renovates and adapts its language.”

The Mixteco app offers 20 lessons that go beyond just colors, numbers, and greetings. It also teaches users about the Santa Inés community’s life.

All three apps are available on iOS and Android.