By Yara Simón
12.28.16 at 1:01 pm
Lead Photo: A wax figure of the actress Carrie Fisher as the Star Wars character Leia Organa is displayed on the occasion of Madame Tussauds Berlin Presents New Star Wars Wax Figures at Madame Tussauds on May 8, 2015 in Berlin, Germany. Photo by Clemens Bilan/Getty Images

In the Star Wars universe, there’s no hairstyle more iconic than Princess Leia’s side buns. The double bun look became synonymous with the Alderaanian princess from the moment we meet the late Carrie Fisher’s most famous character on the Tantive IV. But really, the hairstyle belongs to Earth. In 2002, Star Wars creator George Lucas told Time that the revolutionary-era women of Mexico inspired Leia’s look. “In the 1977 film, I was working very hard to create something different that wasn’t fashion, so I went with a kind of Southwestern Pancho Villa woman revolutionary look, which is what that is,” he said. “The buns are basically from the turn-of-the-century Mexico. Then it took such hits and became such a thing.”

But Lucas’ revelation of the hairstyle’s origins only seemed to cause confusion across the internet. Some found it difficult to find photographic evidence for Lucas’ claims. Perhaps, they only saw images of soldaderas wearing hats. (All Star Wars historian Michael Heilemann could find were these bun-less images of adelitas.) As a result, some began to look elsewhere to find other possible explanations.

This led people to believe that the hair came from the Hopi women, who lived in Arizona. Heilemann, however, believes there are flaws with this theory. “It does bear some resemblance to the buns, and given that Padmé wears a hairstyle almost exactly like it in Episode II, one can’t be faulted for thinking that there might be a connection there,” he wrote. “But once you sever the connection between the photo and Lucas’ Pancho Villa statement and take a closer look at how the hair is actually done, it’s quite obvious that the likelihood of that connection being slim.” 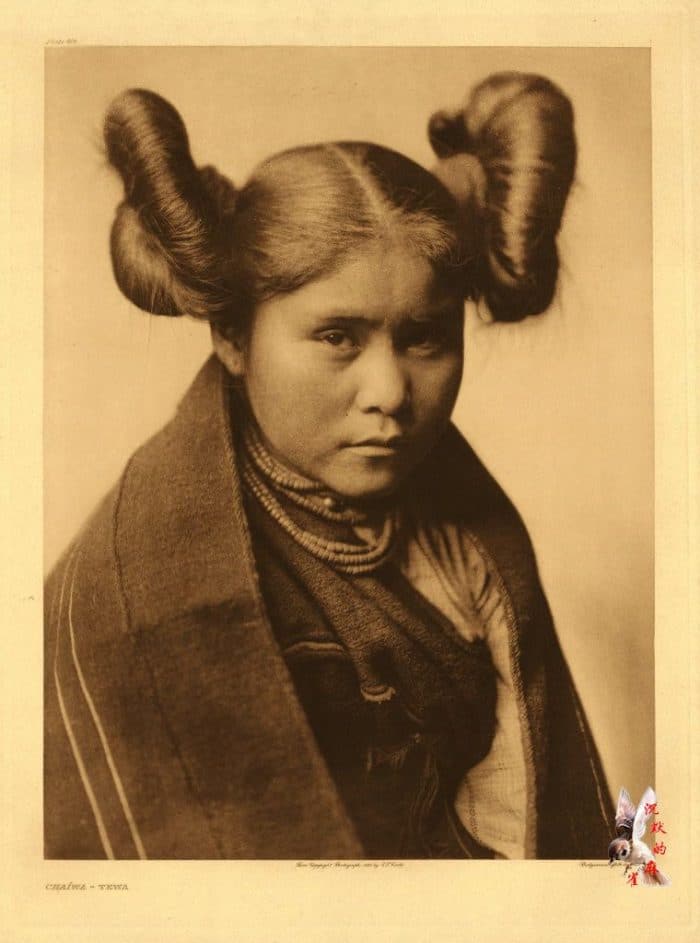 Leia’s buns lay flatter on her head and cover her ears, so they are slightly different. The time-consuming hairstyle meant that Fisher arrived on set at 5 a.m. and sat in a chair for two hours. And if Lucas had used Queen Fria of the Flash Gordon comic as his muse, then Fisher may have had an even more meticulous coiffure. Though the comic is a decent guess that harkens back to Lucas drawing from the comic book world, it’s incorrect. 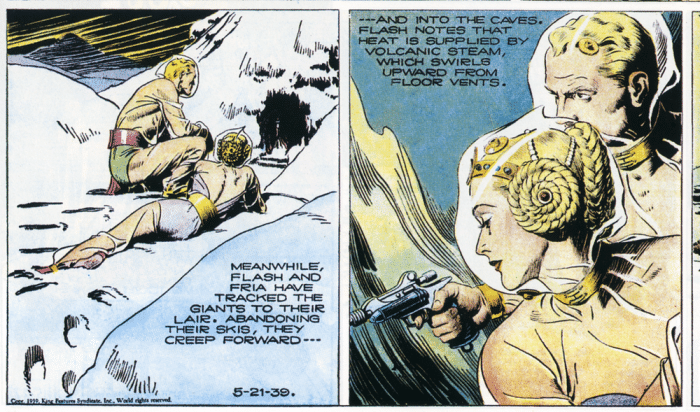 But as Lucas stated more than a decade ago, Revolutionary-era Mexican women played a role in shaping Leia’s hairdo – at least in part. In a public Facebook post, Associate Professor at the University of Texas at Austin Eric Tang shared that the Denver Art Museum’s Star Wars and the Power of Costume exhibit gives a definitive answer. According to Tang, the image featured – which includes the words Mexican Revolution, hairstyles, and women – belongs to Lucas’ costuming archive and is proof that “he wasn’t making it up.”

Tang’s post mostly focuses on the Mexican woman, but the entire display does present indigenous Hopi women right beside a soldadera.

Tabea Linhard, author of Fearless Women in the Mexican Revolution and the Spanish Civil War, told the BBC that a double bun look wouldn’t have been practical for the adelitas. “If you take a look at photos from the period, you see women with long braids, some wear hats, on occasion they cover their hair with a shawl,” Linhard said. “Conditions on the battlefields were harsh, and the women’s task included carrying supplies, taking care of all the men’s needs, serving as spies or smugglers; some also participated in battle. So a hairstyle like Leia’s probably was not a convenient option.”

Correction, December 29 at 1:20 p.m. ET: This post has been updated. It originally misstated that the Hopi women were only thought to be an inspiration for Lucas. However, the Denver Art Museum’s Star Wars and the Power of Costume exhibit recognizes the influence Hopi women had on Princess Leia’s iconic look.