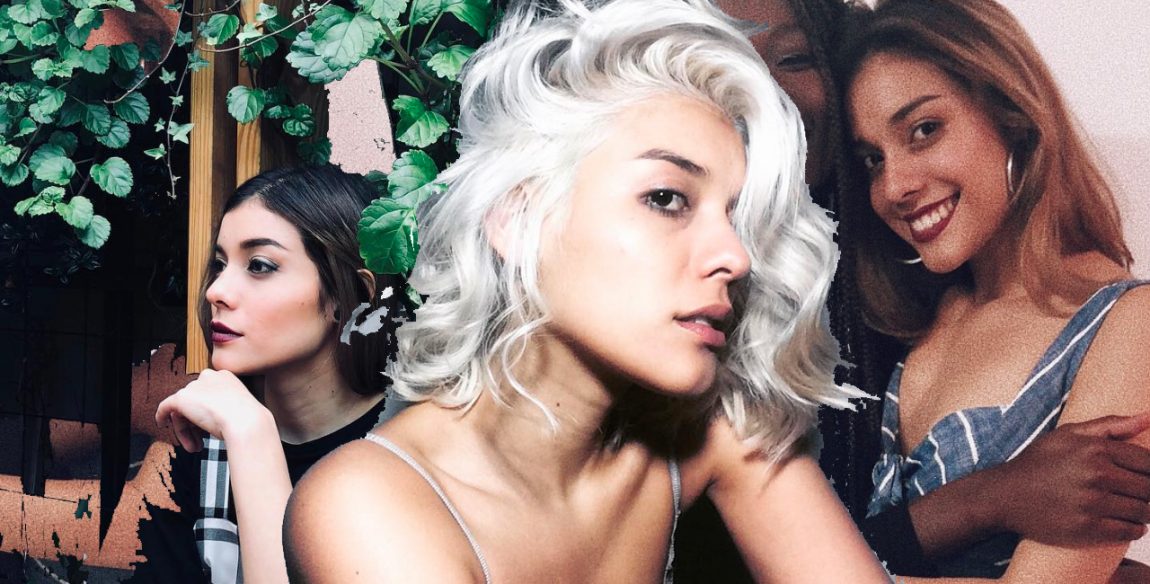 Señorita Afrodescendiente – a beauty pageant held in Bogota, Colombia – crowned its new queen last week. It should have been a joyous moment celebrating Blackness; instead, it sparked controversy because it once again shunned African features and beauty. Ana Paula Rueda – a white Colombian woman – took home the crown. The decision has raised plenty of eyebrows among the Afro-Latino community, especially in Colombia, and it’s also started conversations about beauty norms and the kind of spaces that truly belong to Black communities.

Rueda’s win is especially shocking because Belky Arizala, one of the country’s most prominent Afro-Colombian voices, organized the pageant. Ahead of the contest, Arizala spoke to El Universal after people became furious that Estefany Spath Jiménez, a woman who identifies as Afro-Colombian but is white-passing, was part of the contest. Belky explained that any woman of any ethnic group could participate and that all women are required to have knowledge on their region and record a video of themselves reciting Shirley Campbell’s Rotundamente negra.

“One of the most controversial parts of the contest has been the name, which is related to people with black skin and Afro-textured hair, characteristics that represent this community,” she told the outlet. “Nevertheless, the name of the pageant serves another purpose. I wanted to make people think; that’s why I called it ‘afrodescendiente,’ because there’s still this idea in people’s heads that only those with dark skin and rucho hair belong to this community.”

And while it’s true that Blackness comes in many forms, this should have been a contest on Black Colombians. The beauty pageant world, in Latin America and the world as a whole, tends to favor white and light-skinned women. As a matter of fact, Miss Colombia has seen only two Black women crowned since the contest’s inception in 1934 and since the country’s involvement in Miss Universe in 1958. Vanessa Alexandra Mendoza Bustos from Choco made history when she won the crown in 2001, and Jealisse Andrea Tovar Velásquez followed up with a win in 2015. The percentage of Black winners is not proportional to the Afro-Colombian population, which stands at approximately 10.62 percent. These contests sends a message to the world that there aren’t any Black people in Colombia because the winners have, almost without exception, been anything but.

Señorita Afrodescendiente, as the title suggests, should have been different. It should have honored melanin, Afro-textured hair, and other features that you won’t find plastered on roadside ads. Instead, it further pushed the narrative that Black women aren’t beautiful or good enough. Worse yet, it’s a slap in the face to Black people. It uses the words we use to describe ourselves and our culture to praise a non-Black woman who will never truly comprehend our struggles or what it means to be Black. She’ll never live through the moments that Luis Cassiani Herazo, a Cartagena-based Afro-Colombian, has experienced.

“She has not experienced… going into a full bus to find people thinking that you may rob them, because sometimes and in some places Afrodescendants are stereotyped,” Luis tells me. “People think we are thieves and dangerous, and we may steal something from them. That’s not the way it is. It’s somewhat difficult to try to get into a restaurant and be the last one to be served and taken into account. This [is] a contest for a misrepresented community, and we deserve to have the chance.”

While some may argue for opening up the pageant to people of all backgrounds, it’s hard to not be angered and defensive of our spaces when for centuries Colombia has treated its Black citizens as lesser than, when fairness and equality aren’t extended to us.

It was brought to our attention by some of our followers who were upset with the results of the recent “señorita Afro Descendiente Colombia” 2018 winner, Ana Paula Rueda. We do not know what are the full qualifications to participate in this particular pageant nor are we here to bash or spew hate. However, this is one of the MAIN reasons as to why we must protect the black woman at all costs. With our recent research, we know that being “Afro Descendiente” in Colombia and in many other countries in Latin America means “black person” & well….. what do you all think. #señoritaafrodescendiente #colombia _________________________ EDIT: Here is the reason behind the contest. Which is still problematic!!! Quoted by creator “One of the most controversial topics has been the name of the contest, which is related to people with black skin and afro hair, characteristics representative of this community. However, the title of the contest has another purpose. "I wanted to put people to think, so I decided to call it 'afrodescendant', because it is still in the head of everyone that only the dark skinned and 'rucho' hair belongs to this community, and the idea was that they reflect on its origin. In addition, the name is also linked to the OAS (Organization of American States) in its decree of recognition, justice and development said that the Afro-descendant decade would be from 2011 to 2024, opportunity for governments to claim Afro. All these criticisms have made me find in the girls an impressive motivation and they have made them stronger "

When I learned of this injustice, I posted about it on TheAfroLatinDiaspora, the Instagram account I started to uplift the Afro-Latino community. In more than 100 comments, people broke down the problematic nature of Señorita Afrodescendiente and who should get to call themselves Afro-Latinx. Barbara Vides, for example, wrote, “Bullshit. Even as a light bright who still looks [more] Afro-Descendiente than her, I wouldn’t dare insert myself into these things because I know my privilege. So imagine having the audacity to do this or stand up for this? No puedo. People need to give space to those who have been told for generations that their features aren’t worthy or beautiful and stop hijacking these spaces.”

Similarly, there were plenty of white Latinos who used this as an opportunity to speak on their own privilege and explain why they’d never enter a contest meant for Afro-Latinas. “I am not confused,” wrote Frances Joy Santiago. “I’m fair skinned and ‘ethnically ambiguous’ with hair and features that are generally not the objects of discrimination. So I don’t fucking enter beauty pageant that are specifically created for people who are constantly told that their features [aren’t] beautiful.”

In all of this, it’s important to remember that Colombia is home to San Basilio de Palenque, the first free Black town in the Americas, founded in the 1600s. Yet, anti-Black racism and bigotry is still embedded into Colombia’s culture. And as more examples like these arise, we need to keep them in mind because it was our ancestors who built these countries and contributed an immense amount to the foods, music, and traditions that comprise the Latino culture that so many live for. 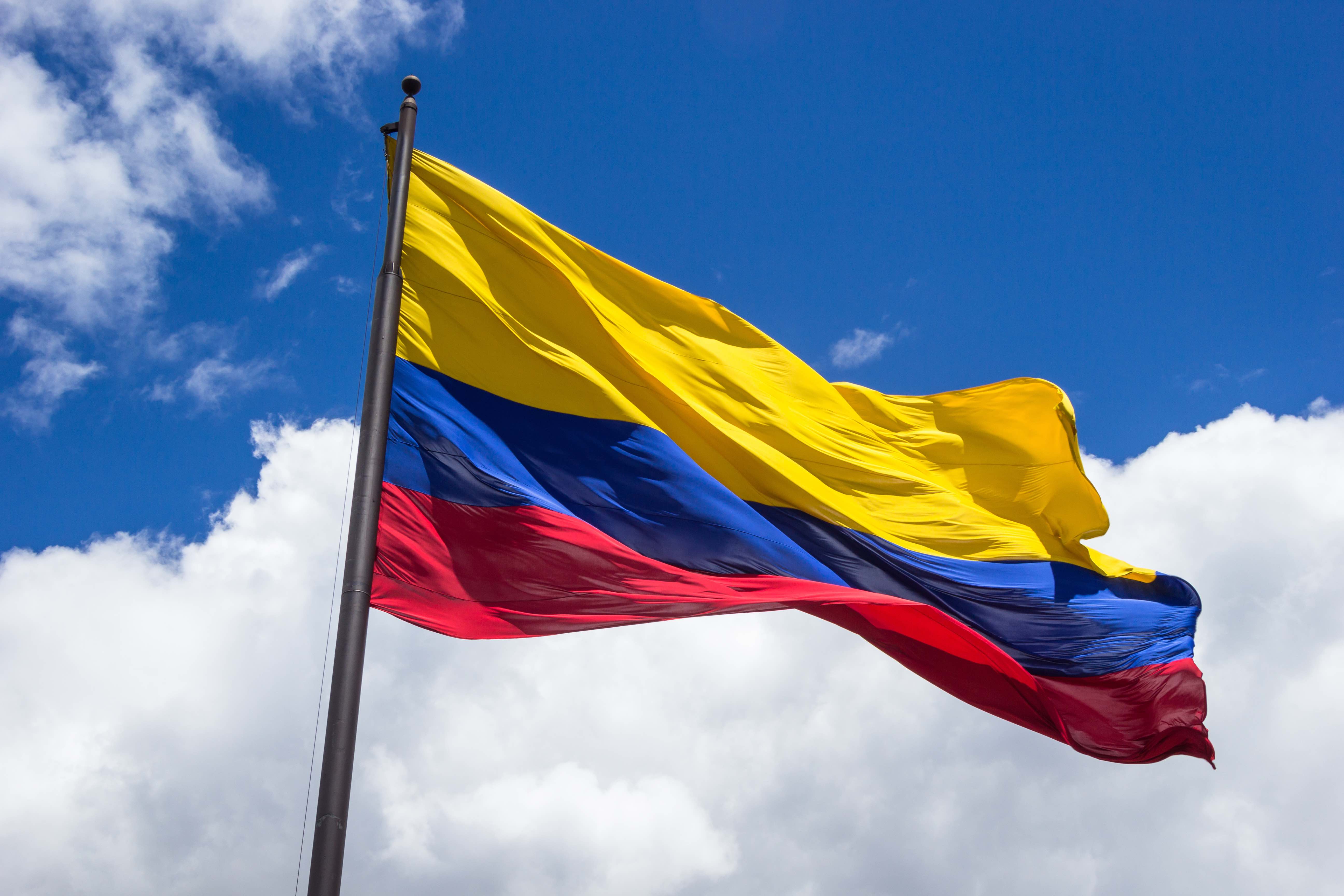 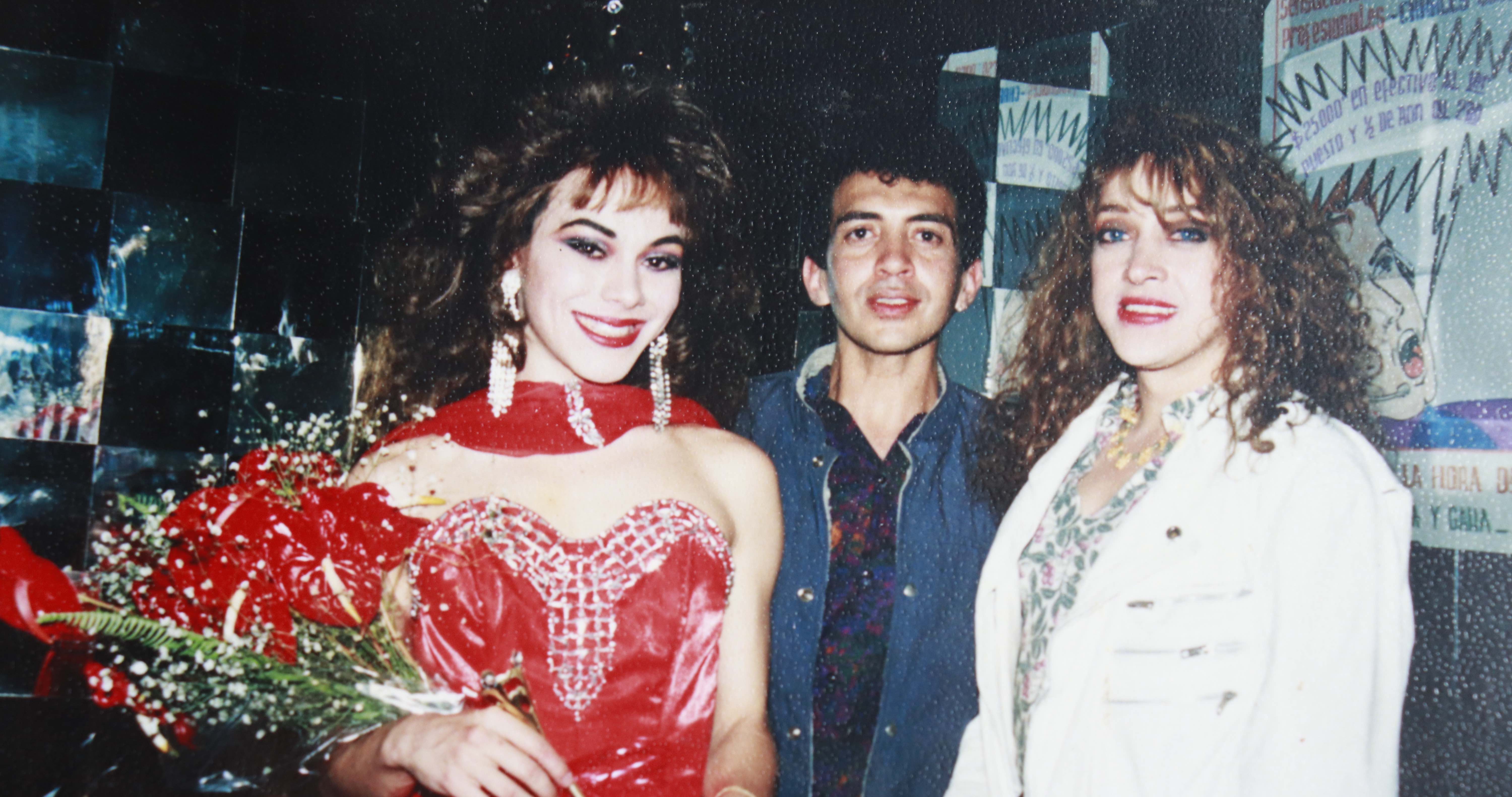 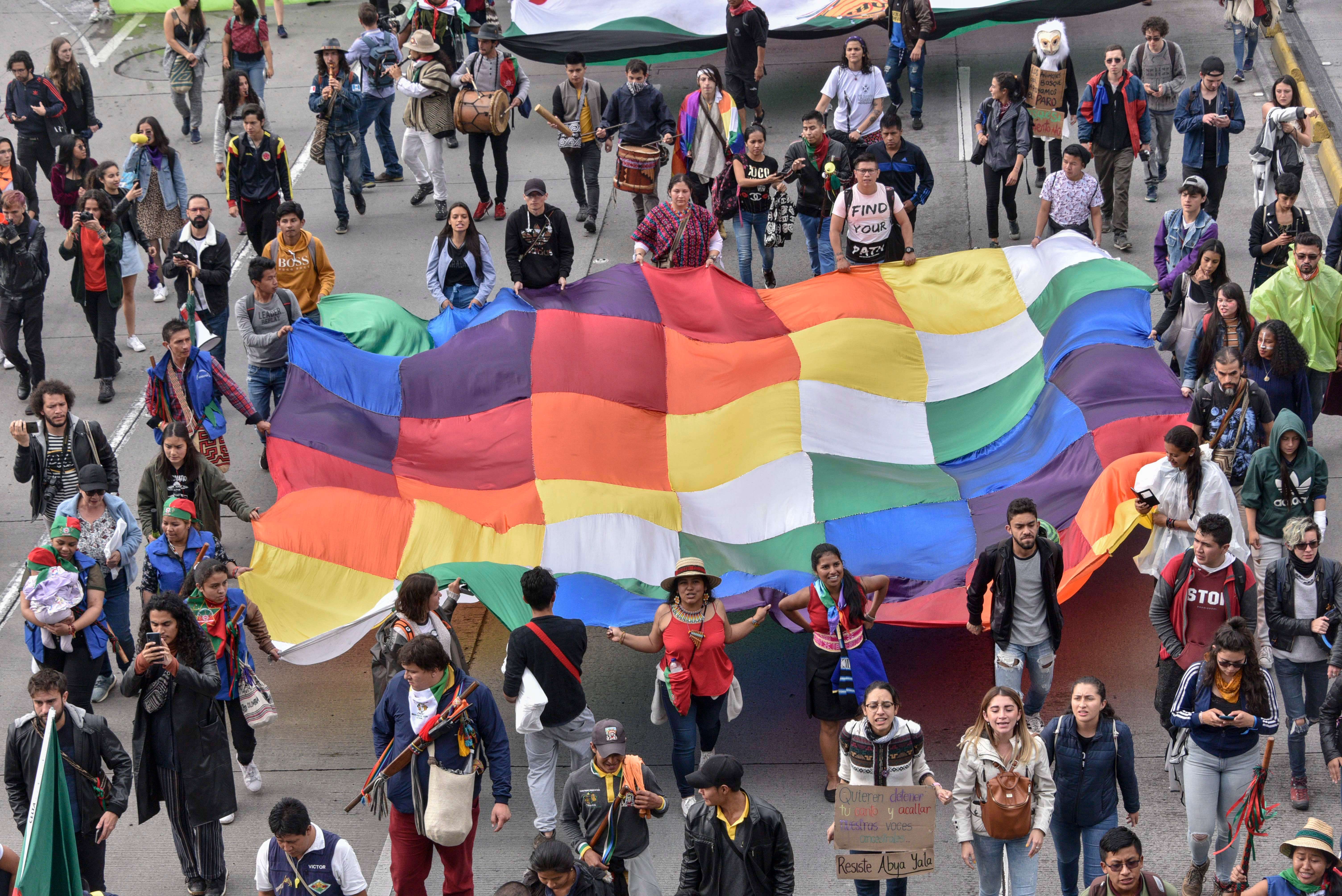 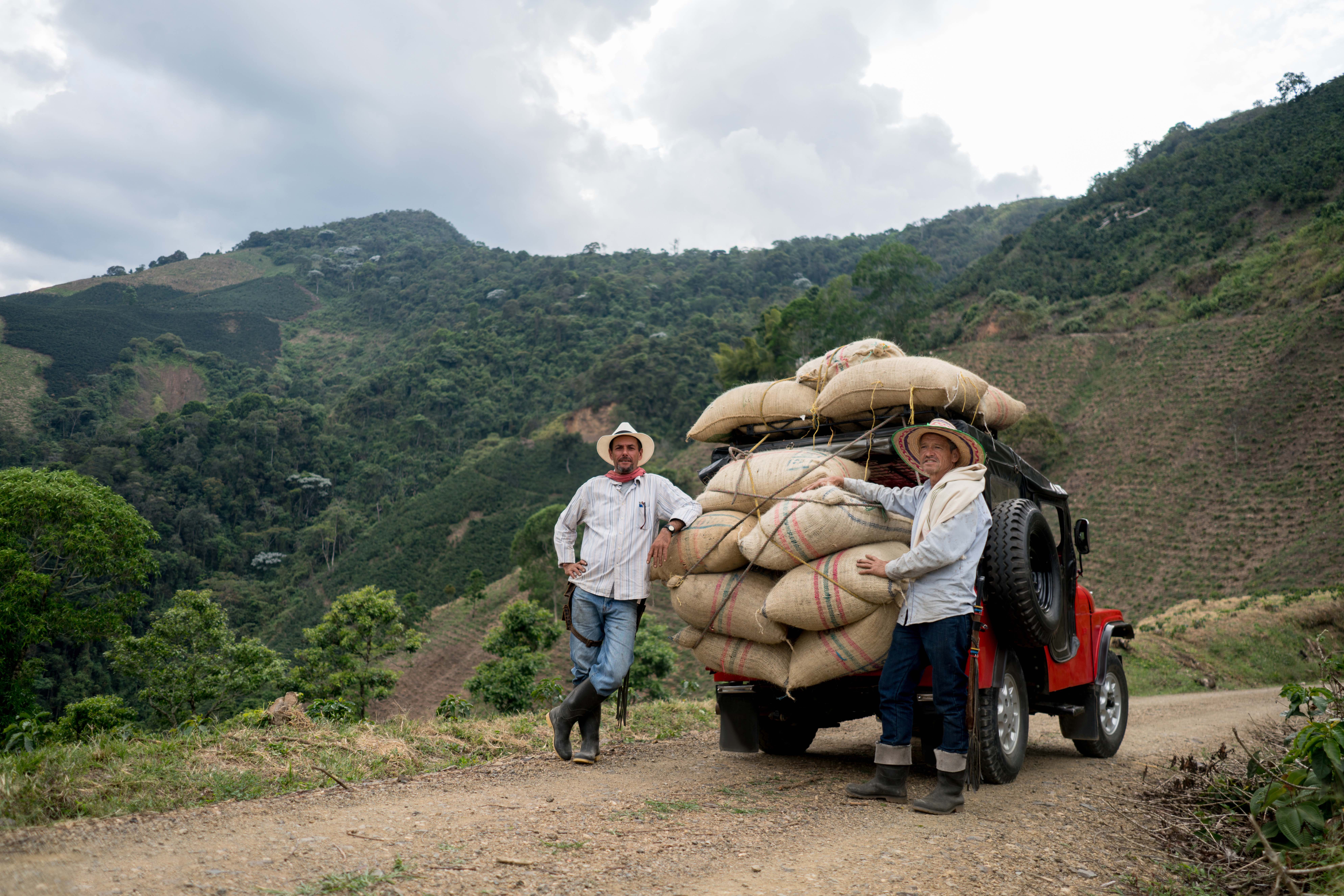