Miguel Sanchez was hired as a contractor to do repairs in an apartment complex in Century City, but when his coworker Jesse arrived on the site August 4th, he was subjected to a racist assault by a resident.

In a video that Sanchez shared on Facebook of the encounter, a woman is seen blocking Jesse from entering the premises to begin their work. “She was calling us wetbacks and that we were probably there to steal their stuff,” he later explained in an interview with KTLA5. “After all those racial comments on us, I got my phone out and I started recording.”

In the footage, the woman – who has since been identified by neighbors as Rhonda Michelle Polon – is seen throwing a scalding hot coffee directly into Sanchez’s face.

After Sanchez called police, LAPD officers arrived on the scene and, according to KTLA5’s report, “noticed Sanchez’s face was still bright red.” However, since they didn’t witness the attack, they explained it was up to him to request a private person arrest. Fearing repercussions from his job, he opted not to press charges – however he has since shared with Latino Rebels that he is reconsidering his decision after Polon began sending threatening messages to his wife: 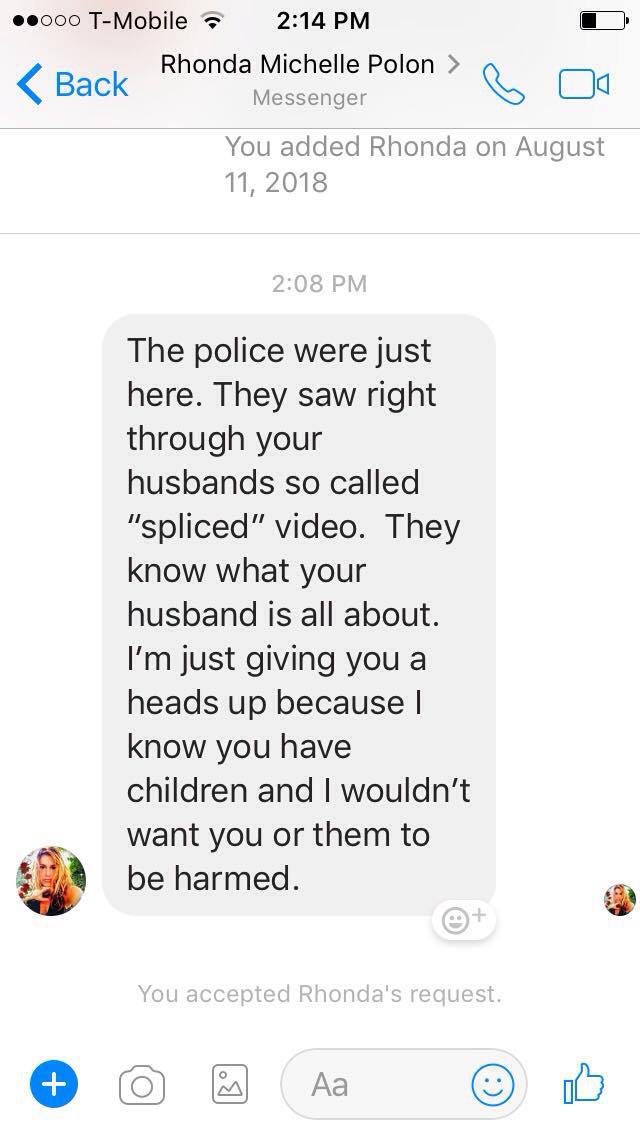 Polon is the owner of Spin Gal Fitness in West Hollywood, CA, and according to Latino Rebels has made her Instagram page private and deactivated her business Facebook Page (Spin Gal Fitness) after the video of the incident went viral.

A Cafe y Pan Dulce Mariachi Party protest is being planned at the apartment complex where the attack took place.