Last month, Amanda Alcántara was behind on rent. She had just paid the people who helped bring her debut book, Chula, to life and she was short on money. The decision wasn’t very hard; rent could wait, her book could not.

Chula is an imaginative bilingual collection of intimate poems, short stories, memories, and vignettes about journalist Alcántara’s life before and after moving to the United States from the Dominican Republic. Reading it feels like the moment your older sister or cousin lets you into their life as a confidant capable of understanding childhood curiosities, struggles as a woman, identity, pleasures, heartache, and joy.

Though the concept for Chula dates back to 2017, a few of the pieces that made the book came from diary entries she wrote as a child and teenager. For those pieces, Alcántara dug up her box of archives from under the bed and broke into her locked childhood diaries – sure that little Amandita wouldn’t mind.

Without noticing, you read lines of the book in the voice of her family member, hearing mami’s worry, older family members’ judgments, the excitement of a best friend, and yourself as the narrator, because you talk like Alcántara and have lived like her, too. It’s all so familiar. 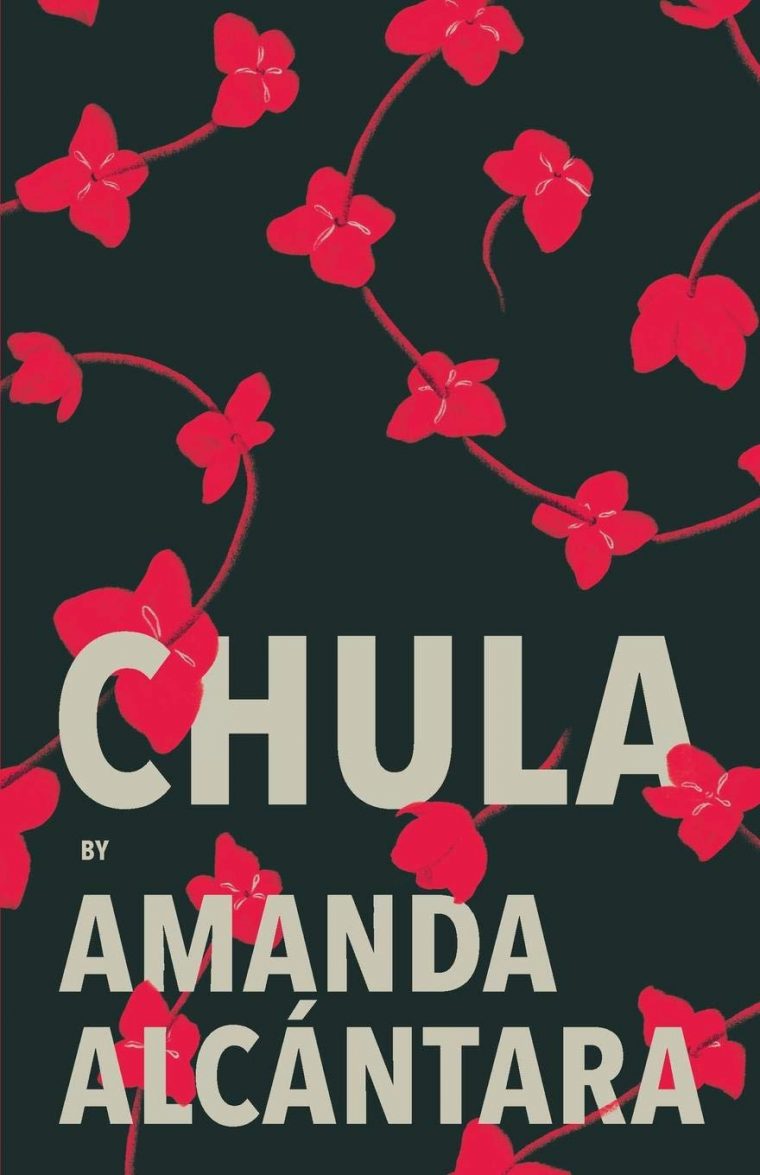 Yet, familiarity is something Alcántara’s worried about. She writes from a very specific experience, an early-age feminist Afro-Dominicana from Santiago who moved to West New York as a teenager. Everybody won’t get it, but she hopes that others with similar experiences, especially women, can connect to it. Alcántara describes Chula as a celebration of her inner child, of “the tender parts of ourselves.”

For this very personal project, Alcántara decided to self-publish. The traditional route to getting published is to submit work to publishers and hope they’re interested. If they are, they’ll essentially buy the rights to publish the book and handle the logistics of publishing, marketing and sales. It could take three years for the book to come out, she explains. “I could die from here to three years from now,” Alcántara says, immediately calling out her own exaggeration.

The process would be tedious, but what really put her off was the fear of having her voice and vision heavily edited. Chula is unapologetically bilingual, the words flow how Alcántara speaks, tick-tocking between English and Spanish. Punctuated by the phrases we use, “He’s popular af. Siempre haciendo un can,” and the dialect we speak – “dique,” “palabreando” and turning “Shop Rite” into “chorai” – but rarely see written down. While she worries her Spanglish may alienate some readers, it reflects who she is.

Alcántara approached the book’s layout like an album: an intro rather than an introduction and an outro instead of an epilogue. Her memories flow into each other and she was mindful of pacing based on the intensity and length of the pieces. The middle has an interlude of poems and photos, like a frozen visual album. Music is a recurring theme and even informs the rhythm of the poems since Alcántara sometimes writes poems to beats she finds online. Before the release date, Alcántara teased the book with a Chula-inspired playlist.

Recently, while trying to put together an event in Boston, someone told her, “Oh yeah, you know, we can hit up your team.” “Yeahhh,” Alcántara said, elongating the word. The team handling the book’s promotion and events is simply Amanda.

At first, Alcántara considered publishing through Amazon’s Kindle Direct Publishing system because of its ease and ubiquity. But Amazon is one reason independent bookstores are struggling or shutting down, and she didn’t want it to have a monopoly on her book.

“I’m surrounded by my community, so it makes sense that I would collaborate with my community to work on this.”

Then she found IngramSpark, a platform for authors to publish and distribute physical and digital copies of their book to places like Barnes and Noble, the New York Public Library, and yes, Amazon. The platform has a print-on-demand model. It used to be that the only option for self-published authors was to buy, say, 300 copies of their books and sell them in person at events or to bookstores. But sometimes all the books wouldn’t sell, Alcántara says. The author would be out the money they invested and have hundreds of extra copies taking up space in their homes. With IngramSpark, she creates the demand and people can buy it online or ask their local bookstore to order it.

It’s not a cheap venture. Alcántara invested roughly $1,000 out of pocket to self-publish. But on the flip side, she has full ownership and was involved in every decision, including choosing with whom to collaborate. From the editorial team (Isabelia Herrera, Remezcla’s music editor, and Jacqueline Jiménez Polanco) the cover’s illustrator (Tania Guerra) and her photographer (Emmanuel Abreu), everyone has Dominican heritage.

“It is intentional, but it also happens to be what I’m surrounded by my community, so it makes sense that I would collaborate with my community to work on this.”

Since delving into the publishing process in November 2018, Chula has gone through four iterations. When Alcántara got the first physical copy of her book, she was filled with anxiety.

Ever the journalist, Alcántara set a hard deadline for herself. In December, she released the cover of the book, her first push to get it done. When the congratulations poured in, she thanked them, but thought “if only you knew.” She’d released the cover without finishing the book.

“I’m surrendering this thing to the world, and now there’s nothing I can do to control it.”

Her second push was announcing the March 21 release date. Her dates were tied to the winter and spring solstices, the Libra added. Picking dates around your beliefs, in her case astrological, is an added bonus of self-publishing.

Relief finally came two weeks ago when she held the final version in her hands.

“I don’t know how to explain it. It just feels like I’m surrendering this thing to the world, and now there’s nothing I can do to control it,” she says. “…I really love the word surrender. Not in the giving up terms, but in the letting go terms. Because at one point was like, you kind of just have to let it be now.”

Chula is out now. You can purchase it here or here.