Behind the “M Word”: The Forgotten Trans-Border History of Marijuana
Search
Culture

Earlier this year, The Guardian asked “Marijuana: Is it time to stop using a word with racist roots?” The article came as a response to a memo published late last year by the Bay Area’s Harborside Health Center, one of the largest dispensaries in the country, announcing its decision to eschew the term. Harborside’s reasoning had to do with the term’s early history in the United States.

At the end of the 19th century, cannabis was widely prescribed by US doctors for maladies from diarrhea to alcohol addiction. Although the theory is contested, there are some marijuana experts who believe that when General Pancho Villa commandeered thousands of acres of his land in the Mexican state of Chihuahua, US press magnate William Randolph Hearst became irate. The publisher used his considerable influence to launch a campaign against all things Mexican, and soon US media published article after article denouncing “marijuana,” a term that at the time sounded foreign to them. The drug was stripped of all connection to cannabis and presented as the gates to insanity – possibly even the source of the “‘bravery’ of ‘Greaser’ Bandits who defy the United States,’” as a 1905 Washington Post article suggested.

“They cannot make a law against you as a race or as a culture.”

There is no denying that drug prohibition throughout history has been based on racism. “They cannot make a law against you as a race or as a culture, but they can make what you do as a culture illegal and therefore, have an excuse to arrest you,” explains Dale Sky Jones, cannabis history teacher and executive chancellor of Oaksterdam University. So should we drop the term? “Most cannabis users recognize the “M word” as offensive, once they learn its history,” the Harborside memo asserts.

But Isaac Campos is well aware of the word’s past. The University of Cincinnati assistant professor is author of Homegrown: Marijuana and the Origin of Mexico’s War on Drugs, a book that examines the events in Mexico in the era prior to the United States’ 1937 Marihuana Tax Act that banned weed’s cultivation and commerce. “A lot of people in the US, particularly in the marijuana industry, argue that ‘marijuana’ is a racist term that was adopted with the specific desire to demonize the drug,” Campos said in an interview with Remezcla. “I think that’s totally false.” Campos also finds little historical proof that anti-Pancho Villa antipathy played a role in the Hearst papers’ coverage. “I think the Hearst theory is also a legend,” he writes to Remezcla in an email.

His point is that stigma against weed didn’t start in the United States – and that to say so is to ignore the drug’s considerable history south of the border. Though it took on anti-Mexican tones (and rather inexplicably, the threat of causing sexual promiscuity) in the US, Reefer Madness-style views of marijuana as a violence-inspiring locoweed were actually born in Mexico. There, the notorious late 19th and early 20th century yellow press reported incessantly on cannabis-inspired homicides and frightening bouts of madness in the prisoners and soldiers who were the main consumers of the drug. Was weed at fault? In part, Campos attributes the possible correlation to “placebo text,” the self-fulfilling assumptions that society has about drugs that we ingest along with their physical substance.

The stigma against weed didn’t start in the United States.

When English-language newspaper Mexico City Herald started passing marijuana crime stories across the border via the Associated Press wire service, they were picked up by US papers – some owned by Hearst, some not. What followed was the perfect anti-weed storm. Hearst’s antipathy combined with xenophobic panic over the wave of Mexican immigrants fleeing the Revolution’s chaos and lazy journalists’ inability to distinguish marijuana from a plant that caused neurological damage and madness in cattle and other livestock (both plants were referred to as “locoweed” in their respective regions.)

The sensationalism and nomenclature fuzziness meant that few US residents understood that marijuana was the same plant that had until then been widely present in the country’s legal, patented medicine. Into this chaos stepped US drug czar Harry Anslinger, who managed to keep his federal police force – underemployed by the lifting of alcohol prohibition in 1933 – busy by switching up the terms of battle to demonize cannabis. Anslinger is credited with saying, “There are 100,000 total marijuana smokers in the US, and most are Negroes, Hispanics, Filipinos, and entertainers. Their Satanic music, jazz, and swing result from marijuana use. This marijuana causes white women to seek sexual relations with Negroes, entertainers, and any others.”

Does all this mean we should indeed jettison the “M word” in 2018? By doing so, we run the risk of minimizing Mexico’s significant role in the history of the drug in North America.

Use of marijuana by humans has been documented in Northern China as far back as 4000 BC, but it first came to the American continents via the Spaniards, who needed to ramp up cultivation of the hemp that, among other uses, comprised the sails and rigging of their notorious fleets of colonizer-bearing ships. It is unclear how Mexican field hands discovered that you could consume the stuff – though people in Asia had been taking hasheesh and other forms of weed for millennia – or how the transition was made between hemp-producing and more psychoactive cannabis strains was accomplished. But by the mid-18th century, Indigenous people in Mexico had developed a supposedly vision-provoking cannabis concoction they called pipiltzintzintlis. Confusingly, the name was also used for a host of other, pre-existing psychoactive drugs – Mexico has the world’s richest traditions when it comes to hallucinogenics. Partly impelled by Porfiriato-era moral hysteria, Mexico placed tight restrictions on the herbolarias that sold the drug and eventually in 1920, beat the US in banning marijuana entirely by a solid 17 years.

But today, much of the Mexico’s drug policies are futilely geared towards stopping supply for US consumers’ ravenous demand. Murder claimed over 164,000 lives in Mexico between 2007 and 2014 alone, most of it attributed to drug-related violence – though as Campos puts it in Homegrown, “‘drug-policy-related violence’ would be a much more useful and accurate description of this situation.” Especially as legalization gives rise to the boutique brand era of the “M word” in the States, we’d be well-advised to remember that our past and present marijuana-related stigma, racial inequality, and loss of life are impossible to bifurcate at the US-Mexico border, wall or no wall. 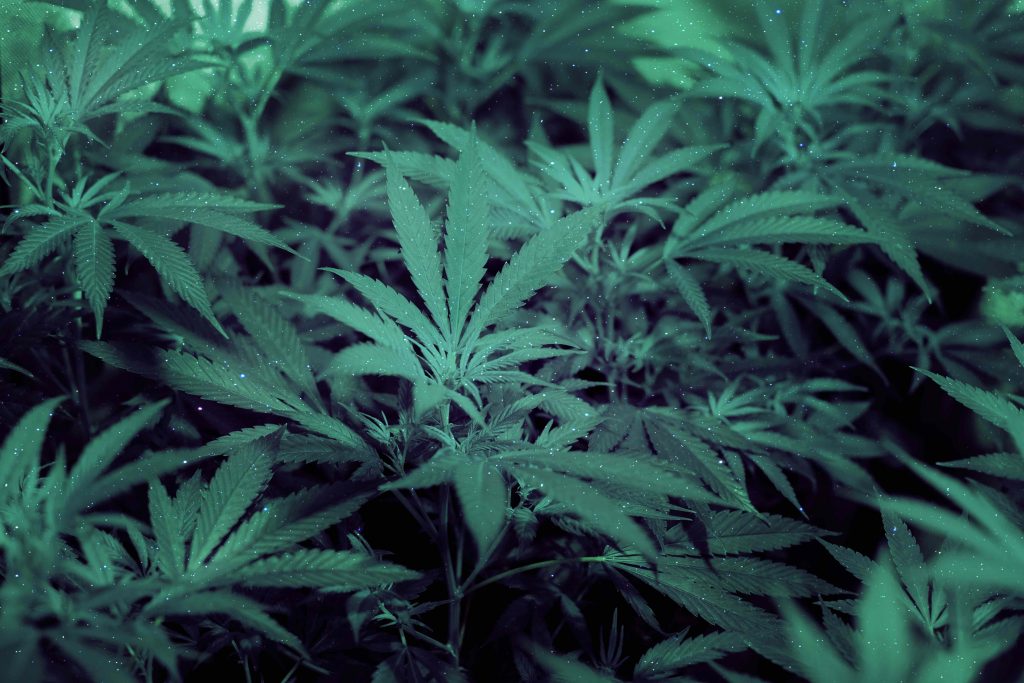