By Alejandra Oliva
10.09.20
Art by Stephany Torres for Remezcla

The National Book Awards is made up of some of the most important prizes in American writing. Every year, a longlist of 10 titles in each of five categories—Fiction, Nonfiction, Poetry, Translated Literature, and Young People’s Literature—is rolled out with great fanfare in the pages of The New Yorker, and an eventual winner in each category is announced at a huge gala in New York. While the gala, on November 18, will be online this year, there’s still a ton to celebrate.

This year’s National Book Awards longlist not only has a higher-than-usual number of Latine people on it, but it also celebrates the diversity within that community in the United States with writers who identify as queer, undocumented, Indigenous, and more represented. From a Young Adult (YA) book about a trans brujo to a Native writers’ poetry collection on postcolonial love to poetic reflections on the borderlands and the first undocumented National Book Award nominee, 2020’s longlist represents some of the best writing to come out of a turbulent, difficult year.

So, without further ado, here are the works from Latine members of this years’ longlist, in order of their announcement: 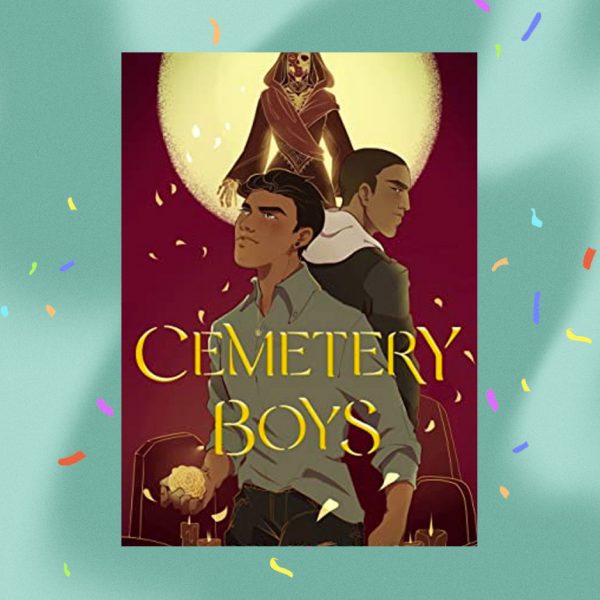 Yadriel is born into a family where generations of male brujos have helped the dead pass over, and he’s ready to assume his family’s responsibility. The only problem? Yadriel is trans, and his family doesn’t actually believe he’s a man who’s able to carry on that part of his family’s responsibility. Yadriel decides to prove them wrong by summoning the ghost of his recently murdered cousin and helping him pass over…but instead ends up with the ghost of Julian, his schools’ bad boy who died on the same day. From there, we’ve got an absolutely delightful, paranormal, mystery/queer romance that is both delightful and also a really beautifully drawn portrait of growing up queer, trans and Latine. 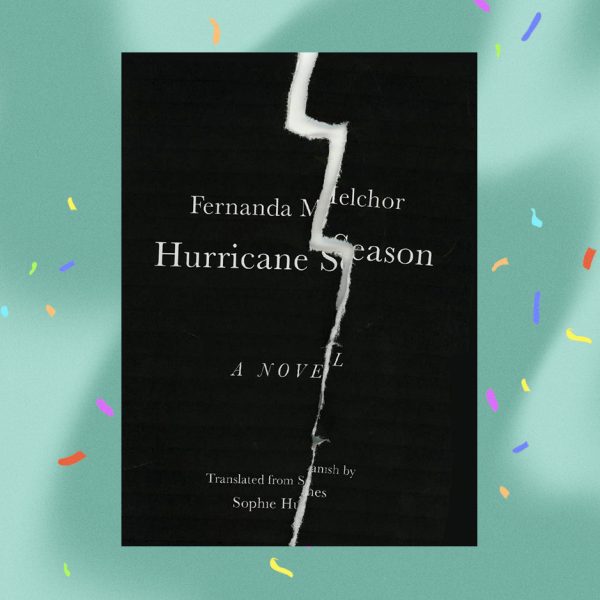 La bruja, the town eccentric of La Matosa, Veracruz, is dead. From this fact, a narrative spins out through the voices of different townspeople as they discuss their home—the warm beers at the local bar, the drugs flowing into the town, murder, violence, lust, and the ways in which it seems to circumscribe the edges of their life. Behind the pages-long sentences, laced with creative profanity lies a deeper critique of the misogynist violence and femicide that is so much a part of the news, and also of everyday life in Mexico.

The Bitch, by Pilar Quintana, translated by Lisa Dillman 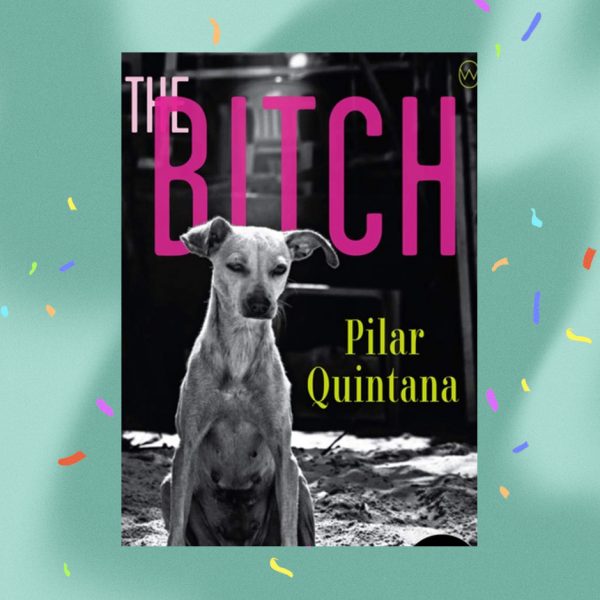 Damaris is a fisherman’s’ wife who has been unable to have children. When she has the option to adopt a weak puppy from her neighbors, she leaps on it, coddling the dog and spoiling it, even naming it after a daughter she was not able to have. From there, the book is a psychologically complicated portrait of Damaris, her loneliness, and what can happen with a frustrated desire to care for another being. Pilar Quintana is an author who has found acclaim in Colombia, but this is the first (of hopefully many!) of her works to be translated into English. 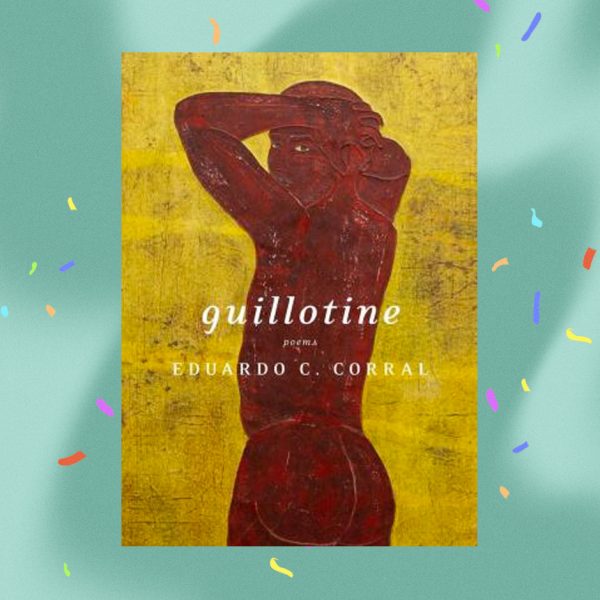 In his second collection, Eduardo C. Corral uses borders as his main subject: the poem sequence “Testaments Scratched into a Water Station Barrel” takes on the voices of Border Patrol agents and migrants alike as they wander through the Sonoran desert. Another series of poems considers a queer awakening during the peak of the AIDS crisis. While the borders Corral describes are fraught with danger and grief, they’re also a means of survival and a way of journeying farther into the self. 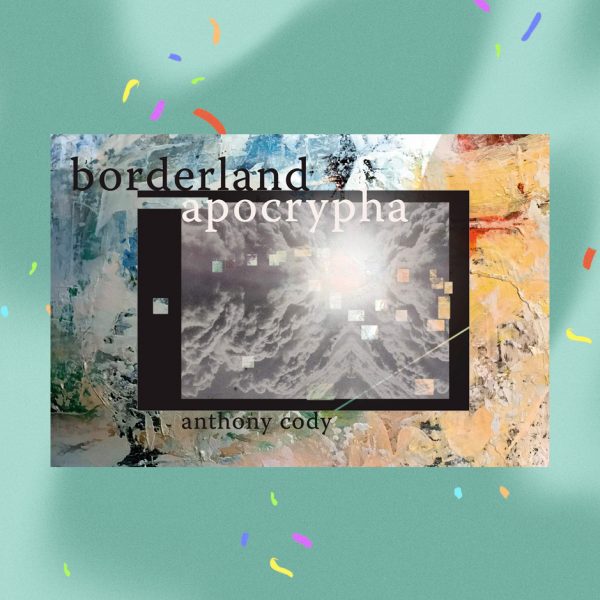 Anthony Cody is a poet who describes himself as having “lineage in both the Bracero Program and the Dust Bowl,” and Borderland Apocrypha follows in that lineage. The poems in the book deal with the land of the border, and the history of them. Cody’s poetry is also avant-garde, incorporating sentence diagrams, photographs, collaged words, Trip Advisor reviews, and an erasure poem of the Treaty of Guadalupe Hidalgo. Encountering Borderland Apocrypha is as much a visual treat as a literary one. 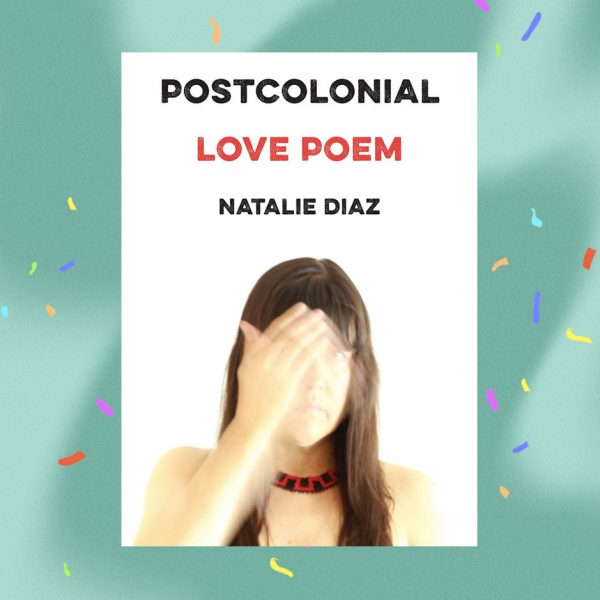 Natalie Diaz’s book is postcolonial down to its language: she flips between English, Spanish, and Chuukwar Makav—the language of the Mojave people, which she is a part of. The concerns in this book go from the size of a landscape—poems link the genocide of Native Americans to the environmental destruction of their lands—to the landscape of a lovers’ hips. The work is a dazzlingly beautiful and complex call to love a land, to love a person, to love a people. 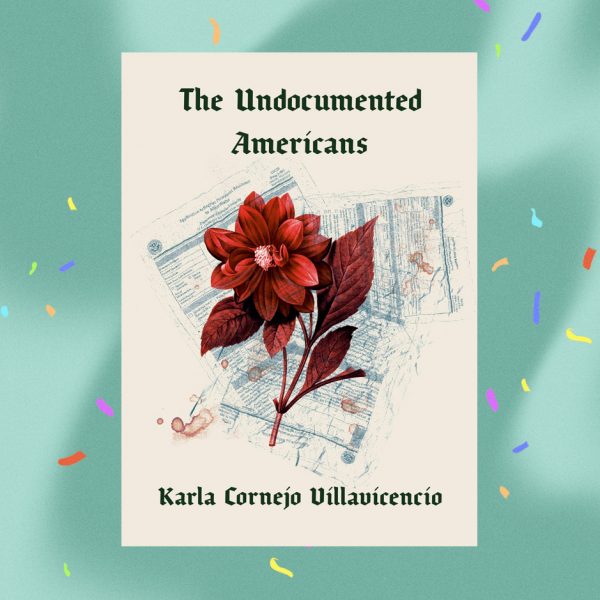 In The Undocumented Americans, Karla Cornejo Villavicencio takes us on a tour of American tragedies—9/11, Hurricane Sandy, the Flint water crisis, our healthcare system—and everywhere along the way, she brings the undocumented people there to light. But the book itself isn’t a tragedy: you won’t find any somber-faced interviews about the Plight of the Undocumented here. Instead, we get Villavicencio’s rage, her laughter as she sits in a Miami bar getting hammered with a bunch of ladies who can’t get healthcare, her tenderness towards the children of a man who can’t leave the sanctuary of a local church, her dramatics around whether or not to drink a glass of the water in Flint, her constant worry and desire to protect her undocumented parents, her laughing and gossiping about a boyfriend with a woman who got cancer from cleaning up Ground Zero and isn’t eligible for First Responder benefits. In short: we get complicated, human people—both Villavicencio and those she interviews along the way.