A Photo Guide to the Churros of Mexico City
Search
Culture

You don’t have to spend much time in Mexico to get a sense of the country’s deep-seated love for churros. They’re on virtually all restaurant menus – they’ve even appeared on Pujol’s world renowned tasting menu.

Now, while it’s easy to gauge the country’s fondness for the sugary treat, when it comes to the origin of the churro, it becomes complicated. Many believe the churro is a descendant of youtiao, a Chinese fried pastry that resembles a breadstick. A popular staple during the Ming Dynasty, youtiao is believed to have made its way over to Spain, where it got a slight makeover, by Portuguese sailors.

Still, others believe that nomadic Spanish shepherds invented the churro as an alternative to fresh bread, which they couldn’t access from the mountains. As the story goes, the name “churro” supposedly derived from the churra sheep, because the animals’ rigid horns resembled the pastry.

Regardless of where the churro originated, we know that Spanish conquistadores brought the delectable treat to the Americas. And as time has passed, Latin America has not only embraced the sweet treat, it’s also re-imagined it, adding in local flavors and traditions. While some countries prefer fruit-filled churros, others delight in more decadent churros stuffed with dulce de leche or chocolate.

Knowing that the way different regions prepare their churros offers some insight into different locations, I headed to Mexico City to document the many types of churros you’ll come across and to learn how churreros are making the churro their own.

Just a few steps away from Plaza Coyoacan, you’ll find Churros Jordan. While the little stands may be hard to miss in the midst of mercado foot traffic, the intoxicating smell of fresh churros will assure their presence is well known.

What they lack in size, Churros Jordan makes up for in variety, offering 70 different filling flavors. The classics, such as chocolate, cajeta, and dulce de leche, are on the menu side-by-side with new flavors, like nata, arroz con leche,Nutella, Baileys, zarzamora con queso – the most popular flavor in 2018.

In the heart of San Angel, one of Mexico City’s most picturesque pockets, you’ll find Churrería del Carmen – a decades-old shop that serves traditional favorites, with a modern twist. There, you can pair your churros with a cup of hot chocolate or opt for something a little more lively, like its signature San Angel drink, a tasty tequila and hot chocolate blend. Churrería del Carmen also offers stuffed churros as well as churro ice cream sandwiches, which it affectionately calls Carmelitas. 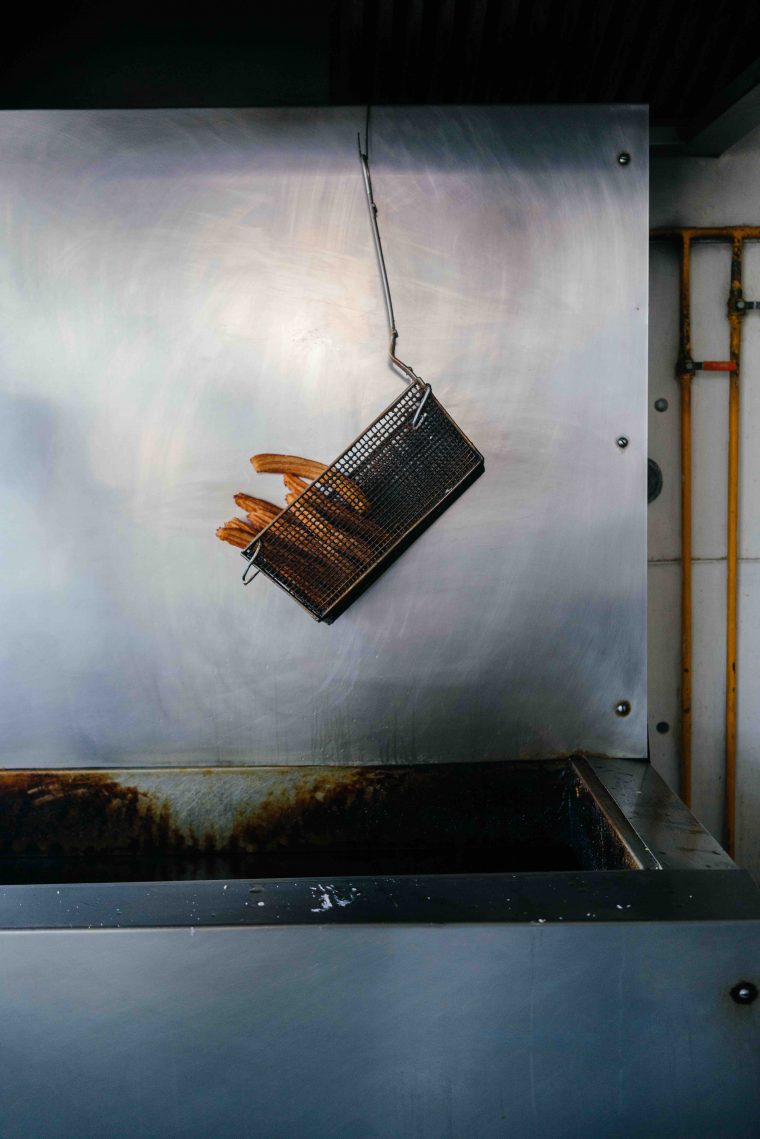 Founded in 1977, Churrería el Convento prides itself on being the first in San Angel, and it has stayed true to it flavors from the beginning. You won’t find churro ice cream sandwiches here, just quality churros and traditional Mexican hot chocolate.