When Manolo López, creator of popular New York-based Puerto Rican food pop-up Mofon-GO, debuted the Puerto Rican culture collective Cosa Nuestra last April, he had La Fania All-Stars in mind. In the same way that those salsa greats were stronger together, his own grouping—which started with Leslie Cofresí of the cocktail bar La Factoría and chef Xavier Pacheco of La Jaquita Baya, both celebrated San Juan-based establishments—would be a mutually explosive endeavor.

And it worked: Their signature event, Pa ‘la Ciudad, was an incredible celebration of the island and its people through flavors, sounds, and visuals. The event is slated for its second round this Saturday, April 22; home was the focus of the first, but this time, López wants the crowd to see things from a deeper vantage point, to understand connections in the diaspora—and that begins with Boricua culture’s African roots.

“I wanted to tell the story about my heritage through music and immersive performances,” López says of this year’s goal. “That was the main idea behind it: How can we connect more with our heritage and understand that we are Mestizos, we’re born one-third black and one-third Spanish and one-third Native Indian?” 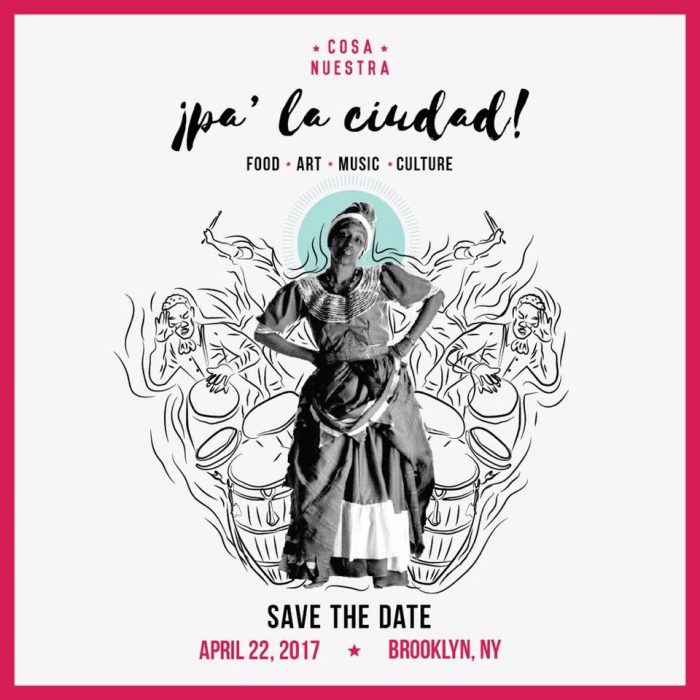 A presentation of the past with a keen eye toward the future, Pa’ la Ciudad version two is organized to show the genre as a complete picture, in full context. Since relocating to New York, López says he’s actively tried to learn even more about Puerto Rican culture, in particular the evolution of its music and the role of African drumming in its beginnings.

“It was fight music that the slaves created, skin and wood, just to liberate themselves with dance or singing,” he says. “I thought that was pretty cool how that culture maintained itself and that influence, when it came to the Caribbean, influenced our type of music, and how that influenced music when it came to New York. It’s an evolution: without the African drum, we’d never have the Latin rhythms in the Caribbean, and if those rhythms weren’t in the Caribbean, they wouldn’t have made their way to New York. And then salsa never would have been made.”

Those sounds and those jam sessions are another form of resistance and liberation.

Highlighting the origins is Ilu Aye, the New York group that performs traditional Afro-Caribbean styles like bomba y plena. Representing the modern update of on the bill are two acts culled from the Puerto Rican music scene: Émina, a trio of women who meld jazz sax, hip-hop, and electronic beats and keys into Afro-Caribbean drumming, and ÌFÉ, whose just-released debut album fuses Yoruba culture, Latin and African rhythms, and electronic elements.

“Their interpretation of bomba y plena and these African rhythms have gone to the modern times, where it’s mixed with electronic music,” he says. “I think that’s a really important part if we’re going to talk about el tambor…We have to talk about our culture, not just highlight one part of it. To me, the African side of it, and these songs of liberation from colonization and slavery and all these things, marked our culture. It was really important to me to bring something like that to the table.” 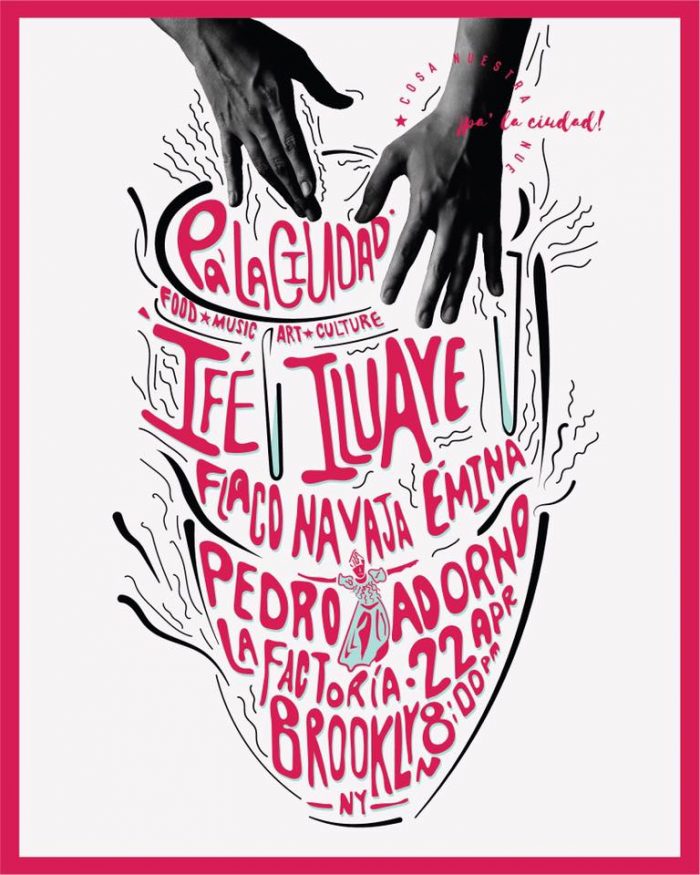 The salsa aspect of the evening will also get a historical infusion: Before heading into the classics, an 11-member band will jam, just like the musicians of the Nuyorican movement of the ’60s.

“That was actually something beautiful that happened organically, because first and second generation Puerto Ricans and Latinos didn’t have the sources like a music center, or somewhere where they can actually show off their creativity and talent, so they started meeting in all these parks and stuff on Sundays,” he says. “And it was hundreds of people, thousands of people, and they just started jamming. Those sounds and those jam sessions are another form of resistance and liberation and actually what gave birth to salsa and the sounds that we know now.”

Narrating that story from early origins to the Nuyorican movement and into today is Puerto Rican actor and poet Flaco Navaja. As he guides the crowd through the storyline, interpretive dance, music, and art—directed by Pedro Adorno, known for his papier-mâché Cabezudos/Big Heads—will flow in and out.

López and his Cosa Nuestra cohorts aren’t only delivering something Pa’ la Ciudad this edition, they’re showcasing an evolution of culture—a heady task, but all the right elements are there. López assures it’ll be “iconic,” and we believe him.