Angie Cruz’s critically-acclaimed novel Dominicana was shortlisted for the prestigious Women’s Prize for Fiction in April. The Dominican-American author is the only Latina up for the prize, to be announced on Sept. 9.

Dominicana centers on Ana Canción, a 15-year-old Dominican girl whose family forces her into an arranged marriage with a much older man. Marrying the entrepreneur will cement a secure future for their family in the United States, according to Ana’s mother. Once in New York, Ana finds herself in a physically abusive marriage and mostly confined to an apartment in Manhattan’s Washington Heights neighborhood at a time when there weren’t many Dominicans in the city. Readers are taken on a tumultuous and at times hopeful journey with Ana as she navigates this new life and is faced with difficult choices.

This is Cruz’s third novel and one she spent more than a decade researching and crafting. She didn’t give up on the book even as it was rejected multiple times by publishers.

Since Dominicana was published last fall, Cruz has received many messages from readers whose loved ones had similar lived experiences as the novel’s protagonist. “The book has become a vehicle for families to talk about these issues that often go unspoken,” Cruz tells Remezcla. Dominicana will be released in paperback today, Aug. 25.

The coronavirus pandemic has not slowed down Cruz, who is working on her next novel and helping to create a closer literary community in her beloved Washington Heights neighborhood through a special summer book club and other events. “Sometimes when you have to stay still, it doesn’t mean you can’t create,” she says. “Creativity becomes like a portal for possibility.”

In this Creating in Crisis conversation, Cruz spoke to Remezcla about Dominicana’s impact, the publishing industry, and what drives her community activism and outreach. The interview has been lightly edited and condensed for clarity purposes.

What does it mean for you to see Dominicana in this position now and to see it resonate with so many readers?

No one could really tell you if there is a market for your book, or if your story matters. I wrote this story because it mattered to me and I didn’t give up on it. I really wanted to see this kind of story that explicitly talks about colorism and domestic violence in our communities and the resilience of women who survive these kinds of situations. I wanted to see it in a book so these conversations could happen in not only the literary sphere, where working-class people and women of color are largely underrepresented. The book has become a vehicle for families to talk about these issues that often go unspoken. It validates that our experiences are significant and important to tell, not only to each other in healing, but also to the world. It also allows for more intimacy within families who have these—I wouldn’t say secrets—but omissions of things that they just don’t say because they’re almost impossible to talk about. But through a book, you can speak it, or at least empathize.

There was one case where a woman came to me and said ‘I read your book. I hadn’t talked to my mother in two years. I called her immediately and I said, you know what, I know that I can’t talk to her now but I have to open my heart to understand that she’s gone through things that I will never understand.’ I think that’s important in this moment of crisis. I feel like we’re so combative and protective of ourselves right now because there are so many difficult things coming at us. If a book can open that space for people, it’s a really beautiful thing.

What did finally landing a deal for Dominicana teach you about the mostly white publishing world and the kinds of Latino stories publishers are interested in?

There were editors of color and white editors who rejected the novel. Everyone has a right to feel the way they feel. The difference between someone who comes out with a book or is presenting a book to a publisher historically who is coming from a kind of privilege is they could write about anything they want and the publisher will meet them and say ‘Oh, this is exciting. Another story that’s similar to this story, but we need more of them because we want to show the complexity.’ If we think about the complexity of Latinidad in America, if we think about the many experiences that we inhabit in the United States, then you would say ‘Wow, there’s almost no representation,’ because my book speaks to a very singular experience: the working-class, urban New York City experience.

My job as a writer is to write my book and the things that matter to me, and what I hope is to find an editor that will see the promise of the story because of its artistic quality, because I’m really interested in literature. It’s not my job to change the industry, but to advocate for more visibility. We need all editors to not only choose books that relate to them and also to think when they’re hiring: ‘What other voices could we bring into this conversation?’ Not to just have diversity, but to think about innovation. 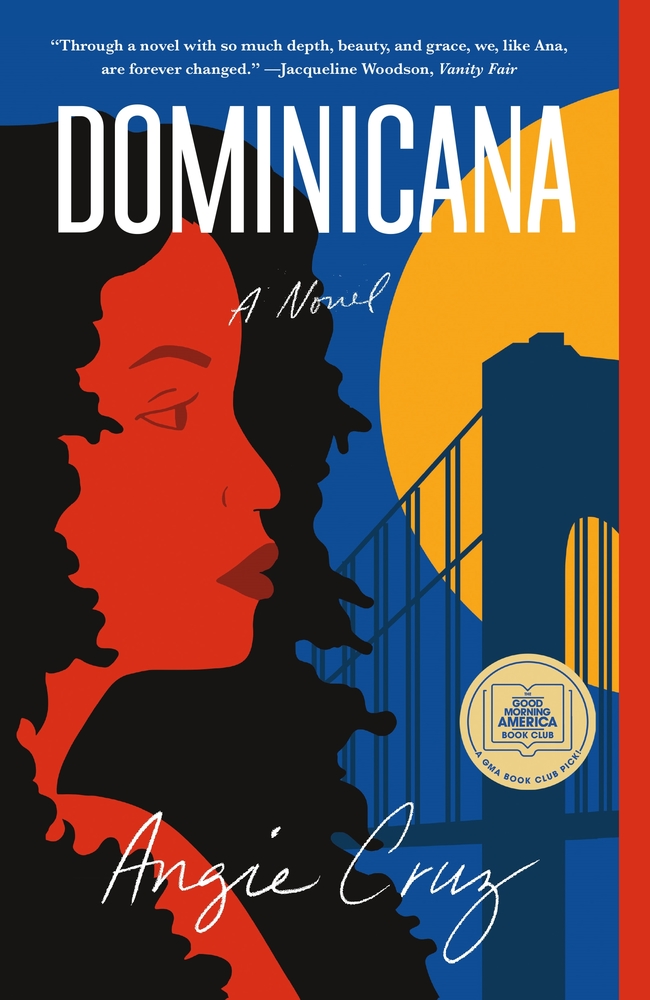 There was a recent discussion around the #PublishingPaidMe, in which authors took to Twitter to share what they were paid for their books. The hashtag was created by fantasy novelist L.L. McKinney to show disparities between what’s being paid to non-Black authors vs. Black authors. There’s what feels like a never-ending discussion about inequality in publishing. What are your thoughts?

I think that #PublishingPaidMe triggered a lot in writers of color. There is this presumed incompetence and a presumed potential market for people of color that always has us, in every realm… we have to first prove our value before we’re given an opportunity or someone will invest in us. I think that historically, someone else like a white boy or a white woman who presents a book about any given topic that they want, are presumed to have a market and to have a potential that we just don’t have.

To have proof hurts. When I look at these numbers, I think: why does a writer who already won a prestigious award have to fight for the kind of advance that a white writer who hasn’t done any of those things (gets)? It’s racism and we live in a world that’s incredibly racist, misogynist, homophobic, and all of the things you want to add. And the more of those you inhabit, like if you’re a dark-skinned Latino, you’re going to move in the world with a lot more layers of resistance. And we, who can have the privilege, have to open up as many things as possible when we have the opportunity to do so.

COVID-19 has drastically changed people’s lives in nearly every aspect. How has the pandemic impacted you and your creativity?

I haven’t been in one place for such a sustained amount of time in years, so to have to be in the same place everyday has been very positive for me because I’m spending more time with my family. There was a lot of talk about essential workers, and we’re also thinking about what’s essential for us to be OK. Community has always been essential for me to be OK.

Creatively, I think it’s also been really great for me. I’m spending more time doing these community projects, but what it has allowed in my writing is to cut all the bullshit. In some ways, I think about books I love that were written in high moments of duress by writers. I think about Reinaldo Arenas, who wrote that beautiful memoir, Before Night Falls. Sometimes when you have to stay still, it doesn’t mean you can’t create. Creativity becomes like a portal for possibility.

As dire as the situation seems right now, with the election coming up and everything’s that’s happening and the protests, I feel like thank God I’m a writer because the writing itself allows me to keep thinking ‘OK, what is possible in this moment?’ There has to be something that we’re learning that we’re going to use to really create the change. We needed changes before the pandemic. We were fighting for them. Maybe now that everything is broken, there can be real rebuilding. It’s terrible that we’re under the duress of COVID, but what can we learn that we can keep? That to me is where I see the possibility.

You’ve been working on your next project titled The Immigrant’s Handbook, about another dominicana. What can you share about it?

I’m really deep inside this novel, which is mostly set in 2006-2008 when New York was also hit with another huge recession – and the whole country. It was a moment where many Dominican immigrant women in their 50s were unemployed and remained unemployed. I’m interested in that demographic, so I’m writing about that.

You’re a champion for other writers, your community, and local bookstores like Word Up Community Bookshop in Washington Heights. What drives you to do this?

In places like Washington Heights, many high schools and middle schools are reading a wide range of diverse texts. But when I travel outside of New York City, a lot of people will say ‘You’re the first Latinx writer (I’ve read). What other writers should I read?’ I realize that my book is a gateway to other writers of color. It’s very easy for me to say, ‘If you like Dominicana, there’s a whole body of work that you can be reading. This is not the only book you should be reading.’ It’s hard for them to find because the truth is, the way the publishing industry works, is that you go to a bookstore and whatever is set out on the table is whatever came out in recent weeks. When it comes to Latinx stories, there will be one or two books at a given time.

I grew up with a mother who trained me from a very young age. She said ‘This is our building. We have to take care of our building, even if nobody can take care of it because we live here.’ She would be fixing things and painting over graffiti and that is kind of my practice in my life. We only have one bookstore in this area – Word Up Community Bookshop — a bookstore that represents our stories and is like a community center. When I saw that it was shut, I thought ‘Is it going to open again? Will it survive?’ I thought about all these young people that are like my son, who can’t go to the parks. They’re stuck at home. I got involved with Word Up, my community bookstore, and we came up with a book club for the community where all these kids now are receiving free books by writers of color to read along with us during the summer. How could I not do this? I’m feeding my young teenage self, who I see everywhere in this neighborhood. This is a way for me to be like ‘OK, how do we make change and also build potential readers?’