Elizabeth Acevedo on How Her Second YA Novel, 'With Fire on High'
Search
Culture

Well before her debut novel, The Poet X, won the National Book Award for Young Adult Literature, Elizabeth Acevedo was a widely beloved poet and writer. As Acevedo and The Poet X continue racking up accolades, Acevedo is gearing up for the June release of her next book, With the Fire on High.

Much like her first novel, With the Fire on High centers a young Afro-Latina, but this time around her YA novel follows Emoni. The high schooler struggles to balance her desire to be a good mom to her daughter, a good granddaughter to her ‘buela, and her love for food and cooking. The novel nods to Acevedo’s favorite films (Like Water for Chocolate) and food (arroz con pollo) throughout. We talked to Acevedo about her new book, how she came up with Emoni’s recipes, and how both she and her protagonist break with tradition.

Editor’s Note: The following interview has been lightly edited and condensed for clarity.

Can you tell me a little bit about Emoni and her love of cooking and where the inspiration for her character came from?

Emoni came to me and just started talking in my ear one day.

I love watching Food Network. When I was a kid, that was one of the few channels we had with our basic cable, and I loved it. I was watching this show one day, and I was thinking about this summer when I taught 12th grade English one year in Philadelphia, and they had an amazing culinary arts program. My students had a lot of different histories – several of them were moms, several of them were in the culinary arts programs, they were all trying to get this credit so they could graduate and figure out what was next. And then this girl, this character, just started chatting. It wasn’t about food at first, it was about her daughter and her daughter’s name. So as the story unfolded, I really was just following this character, who was trying to tell stories through food.

That was actually one of my favorite parts of the book, the way that her emotions come out in the food. I know that you’ve talked about being inspired by Like Water for Chocolate. Can you talk a little bit about that?

I knew when I first started writing With the Fire on High, that I wanted to have some magic to it, but I didn’t know quite how much or where it was going to go. And in Water for Chocolate the food becomes a character, it takes on a personality. I knew I didn’t want Emoni’s story to be a fantasy. This magic wasn’t going to be able to resolve any of the conflicts she had, but I did want it to showcase how she has this fire, this dream, that literally has a life of its own. So even though you get the sense that she doubts her own abilities and her magic, everyone else can see it. I wanted to explore what it means for her to finally lean into this talent that she has inherited. Water for Chocolate felt very similar to me in that regard: It is a generational story, it is about family, it is about love, it is about what we pour into the things that we feed other people. 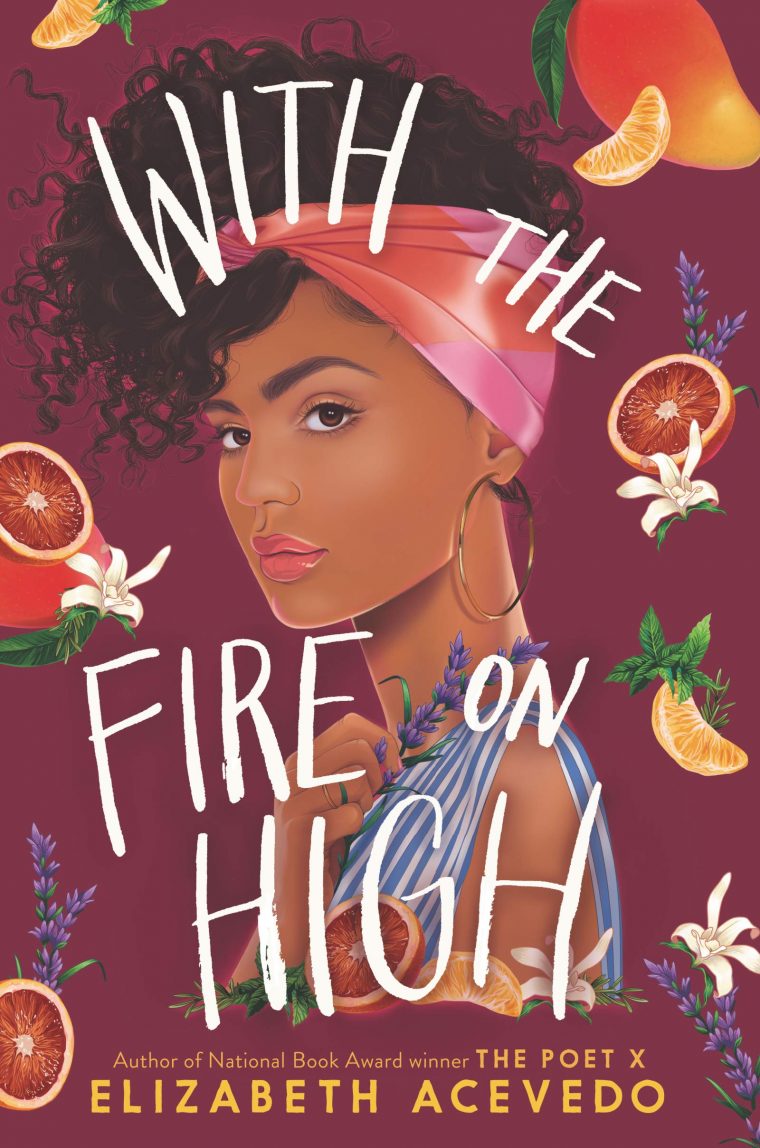 How did you come up with all the recipes Emoni makes in the book? Reading left me hungry!

When I’m cooking, I love fusing different things. So if I’m making arroz con pollo, I might throw in something that has a little bit more Southern in it or even Asian flair. Because Emoni is African-American and Afro-Boricua, I thought about the relationships between different cultures that would make one wonderful dish. So for example, from the book, I took queso frito, which you can find pretty much anywhere in Latin America, and then fried green tomatoes, which are very Southern, but if you put those together, it’s almost like a caprese salad, right? So with Emoni’s cooking, it’s always her taking the history she has and the culture she has and amplifying and fusing them.

In the same way that Emoni is making the familiar unfamiliar in her food, can you talk a little bit about how that kind of innovation comes into your writing, too?

Sure! My characters hopefully feel like home girls that you know, but then I put them in settings or in situations that amplify their voices in different ways. For example, I’ve never seen a young adult novel that has a character of color travel internationally, in a way that’s not a “returning back home.” So what does travel do to a character? What do they learn? I wanted Emoni to have that experience, especially because sometimes the world can feel very limited to our block and our neighborhood.

“One of the things both my books are reflecting on is shame and the different ways that young women learn shame.”

I also play a lot with form. With Emoni, there’s a lot of back and forth, they’re very short chapters, usually you get a sense of what she’s dealing with in the present and then you get a throwback memory in the next chapter. It was all about the back and forth between her history, her traditions, what shapes her and her trying to pull forward, find a new path. It’s why there are fewer memories near the end, because she’s able to finally go forward without feeling like she is the only her mistakes. She doesn’t necessarily stop looking back, but she doesn’t have to do it quite as often, in order to feel confident in who she is. The form always reflects what is happening in the story.

This back and forth between tradition and who you want to be is something that both your books have in common.

One of the things both my books are reflecting on is shame and the different ways that young women learn shame. With Xiomara [the main character from The Poet X], it’s learning shame about your body and about your womanhood and the ways that religion and the society in our neighborhoods will amplify that. With Emoni, her shame is a lot around the choices that we make about our desires and sexuality and decisions and her story is about undoing or unlearning that shame. I think my stories are trying to challenge the notions of one type of Latina and are instead focusing on how we reinvent our womanhood and strength in a way that undoes all of that vergüenza.