Erika L. Sánchez was born with a pen in her hand on the outskirts of Chicago in Cicero, Illinois. “[It was a] very working class, Mexican neighborhood,” says Sánchez. “My parents were factory workers and I spent a lot of time alone because they were really busy working. I had an older brother but he didn’t really hang out with me because he was five years older, so I just did a lot of reading. I became obsessed with books and it became my whole world.”

By sixth grade, a lesson on Edgar Allen Poe inspired Sánchez to create her own work. “I started to experiment and write,” she says. “And I really loved it. It made me feel happy and fulfilled, so that’s where I began.” She knew exactly then that she was a poet. Now two decades later, her dreams are finally being realized.

Sánchez has spent this year unequivocally killing it. Earlier this summer, her first collection of poetry, Lessons on Expulsion, debuted to glowing reviews from The New York Times Book Review. Just a few months later, she was named a 2017-19 Princeton Arts Fellow—an award you can only apply for twice in a lifetime, and that is presented to artists who show “extraordinary promise.” And this week, Sánchez’s exceptional YA novel, I Am Not Your Perfect Mexican Daughter, became available worldwide. 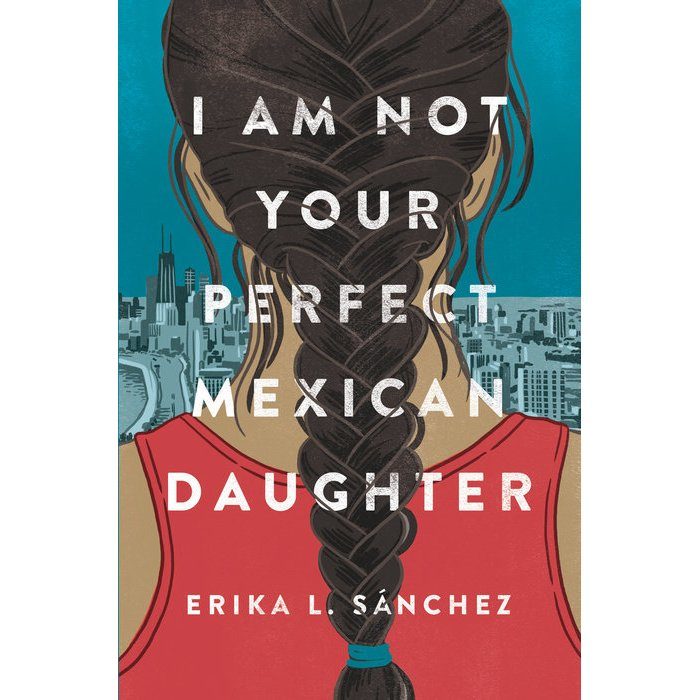 The coming-of-age story follows the journey of Julia Reyes, a witty bicultural and bilingual teenager who must navigate the sudden death of her only sister while dealing with the pressures of growing up. Given Sánchez’s school-age admiration for Poe, it’s no surprise that I Am Not Your Perfect Mexican Daughter playfully and expertly blends humor with the macabre.

What’s most striking about Julia is her inherent complexity. In addition to a plotline that involves romance and secrecy, the book transcends the themes traditionally reserved for coming-of-age stories by exploring grief, immigration, sexual assault, and mental health, amongst others. With references to lime-doused Hot Cheetos as afterschool snacks and sneaking out with friends to sip on Alizé, paragraphs of I Am Not Your Perfect Mexican Daughter could have been pulled directly from my own diary. And that’s exactly the point.

“I read a lot of classics and coming-of-age stories, but about mostly white kids. I didn’t know that there were books about me.”

“I read a lot of classics and coming-of-age stories, but about mostly white kids. I didn’t know that there were books about me,” admits Sánchez. “That would have really changed the way I felt about myself, I think.”

So, Sánchez set out to create a dynamic narrative that reflected her own experiences growing up as a first generation Mexican American with parents who immigrated to the United States without documentation. “Writing it felt very necessary on many different levels,” she says. “I wanted to provide this story to young women of color because I think it’s important for them to see themselves and to know that they’re not alone. That their experiences are important and that they matter.”

While Sánchez hasn’t experienced grief from death in her own life, she draws on the feelings that her depression has caused to create rich, vivid imagery that’s believable. “[It’s also] for girls who struggle with depression. I hope it’s comforting to them,” she says.

At times, Julia doesn’t always say the right thing. While a fat, poor Brown girl may feel radical as a main character, Julia’s conflicting opinions reflect the contradictions of growing up and strengthen her authenticity –because what quinceañera (let alone person) always knows what to say? Sánchez trusted that the story needed to be heard regardless of whether it would find an audience to resonate with.

“I never felt anything was off limits,” she says. “I wanted to write something that was really complex and true to my experience. Mental health is still a very taboo subject, unfortunately. Especially in the Latinx community.” When she faced rejection from initial publishers, she says it’s because they didn’t understand the protagonist.

“[The publishers] said they liked the writing but they didn’t like the voice. That was a little bit frustrating. I knew that it was because she was a snarky Brown girl and people aren’t used to that sort of character. And even now, some people don’t like Julia, you know? And that’s perfectly fine. But I think it’s interesting that she’s so foreign to so many different people when I know so many girls just like her. I was her, in a sense…I wasn’t very likeable.”

“She’s a snarky Brown girl and people aren’t used to that sort of character.”

The text also seamlessly interweaves Spanish and English without italicization which Sánchez says is intentional. “I don’t want to differentiate them because those words are just such a part of who she is. She can’t separate English and Spanish. It’s just part of her world,” she continues. “I feel like we live in a country that should know a lot of Spanish and if someone doesn’t, that’s not really my problem. They should just look it up. And within context, a lot of times they can just figure it out… I think we’ve gotten to the point where it’s no longer necessary.”

Sánchez hopes that I Am Not Your Perfect Mexican Daughter will help pave the way for other writers to publish their stories with greater ease as they move from the margins to mainstream. She advises budding writers to throw themselves into the process—but only if they truly love it. In a field filled with rejection, Sánchez is thankful for lessons of resilience she’s learned from her family. “Immigrant families are typically very tough. My mom is a very strong person and very hardworking. My dad too…I think that’s where it comes from. Not settling for what is given to you and trying to do more and have more.”

After struggling to make ends meet throughout most of her twenties, Sánchez is thrilled to be able to finally give her parents copies of her books. “It’s finally starting to pay off and I’m starting to see the results of all of my work. [My parents] are able to understand now what I was going for and they have tangible evidence of my work. They can hold the book in their hands which is really powerful.”

As a current finalist for the National Book Award in Young People’s Literature, Sánchez will find out if I Am Not Your Perfect Mexican Daughter wins next month. In the meantime, she’s thrilled to be writing and teaching poetry at Princeton and is finishing up a collection of personal essays. Sánchez is also currently working on a secret project – one she promises is exciting. After the six years it’s taken her to write and publish I Am Not Your Perfect Mexican Daughter, Sánchez says the debut is overwhelming: “I’m a little bit terrified, but I’m happy about it. Of course, I’m nervous—I think that’s inevitable.” Even still, Sánchez is always looking forward and she can’t wait until the day her books become movies.