PHOTOS: Thousands of Fans Pay Tribute to Juan Gabriel in His Hometown of Ciudad Juárez

By Remezcla Estaff
09.06.16
Photo by Alex Duran for Remezcla.

It’s been a little more than a week since Mexican superstar Juan Gabriel died of a heart attack on August 28, 2016 at the age of 66. In the days since the world lost the Latin music icon, the tributes have continued to pour in from all over, culminating in a massive tribute at Mexico City’s Palacio De Bellas Artes on Monday, September 5th, when hundreds of thousands of fans came out to say goodbye and serenade his ashes with some of his most famous classics, including “Amor Eterno”. The cultural center was a symbolic location, the place where Juan Gabriel recorded his famed live album.

Before being transported to Mexico City, the late singer’s ashes arrived in Ciudad Juárez, where thousands also arrived to pay respects to their hometown hero El Divo. Below are some photos of tributes from fans at some of the Juárez locations most significant to Juan Gabriel’s legacy, including his old home at calle 16 De Septiembre, a monument that bears the imprints of his hands on Avenida Juárez, and a mural of the singer by artist Arturo Damasco Martínez.

All photography by Alex Duràn for Remezcla. 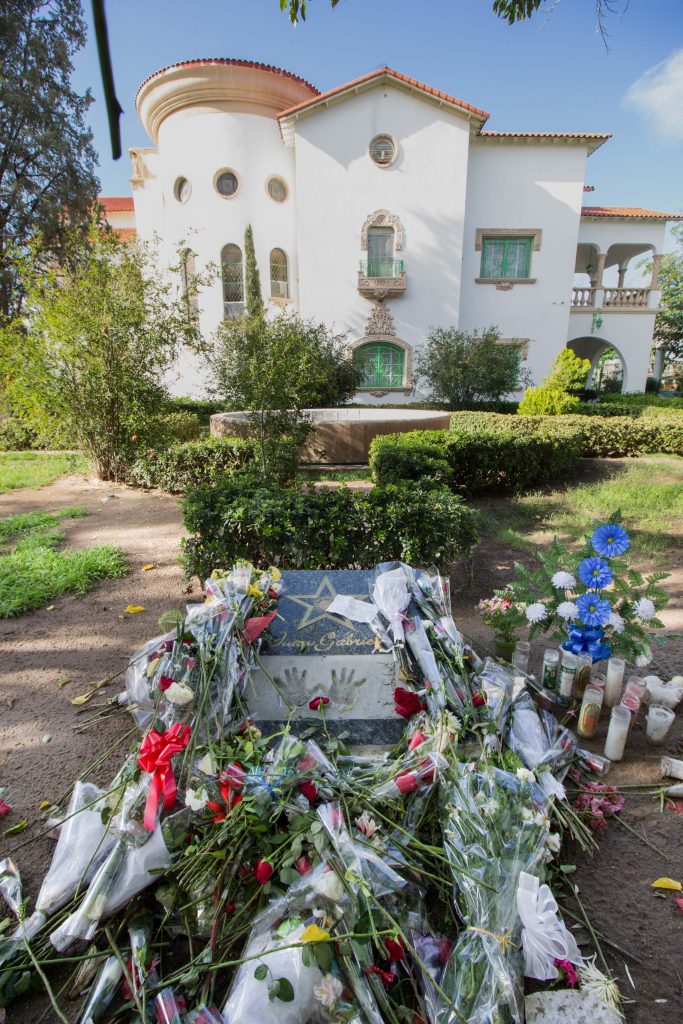 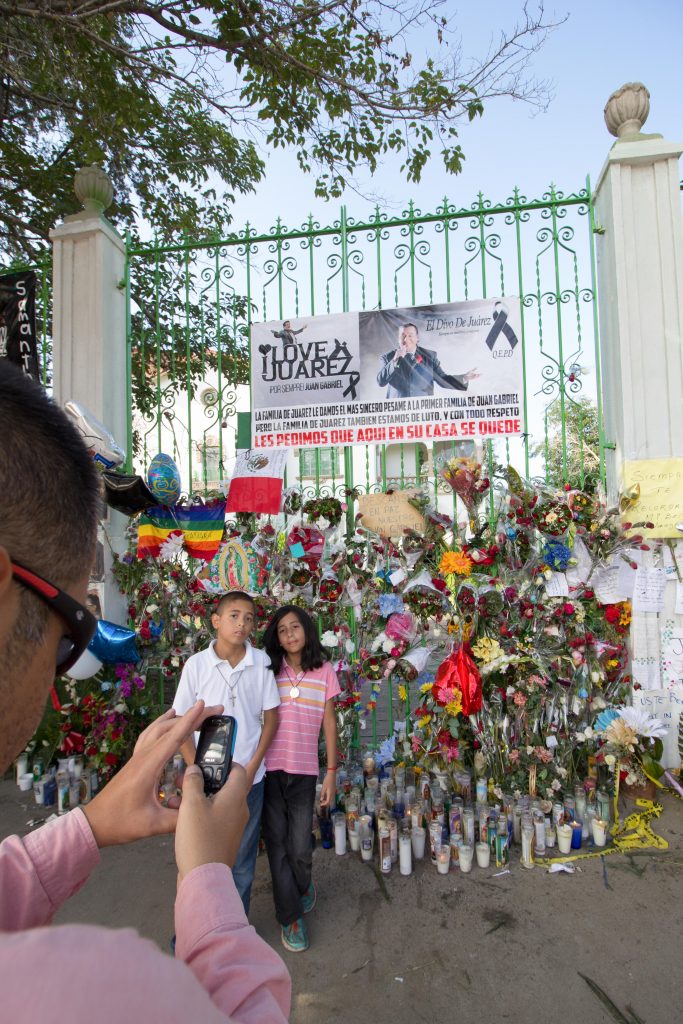 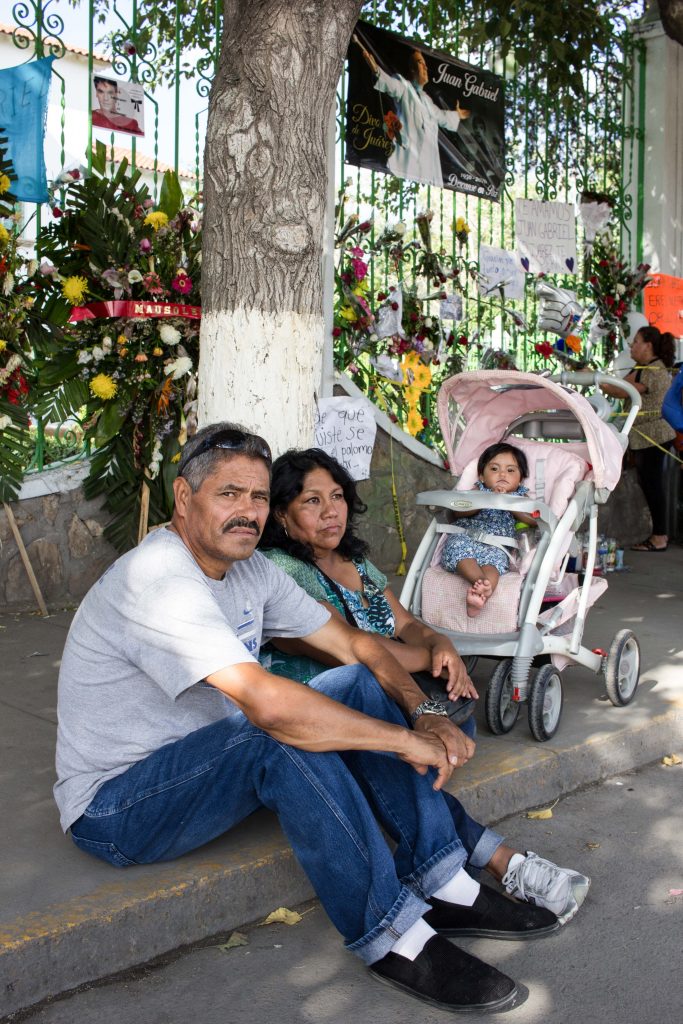 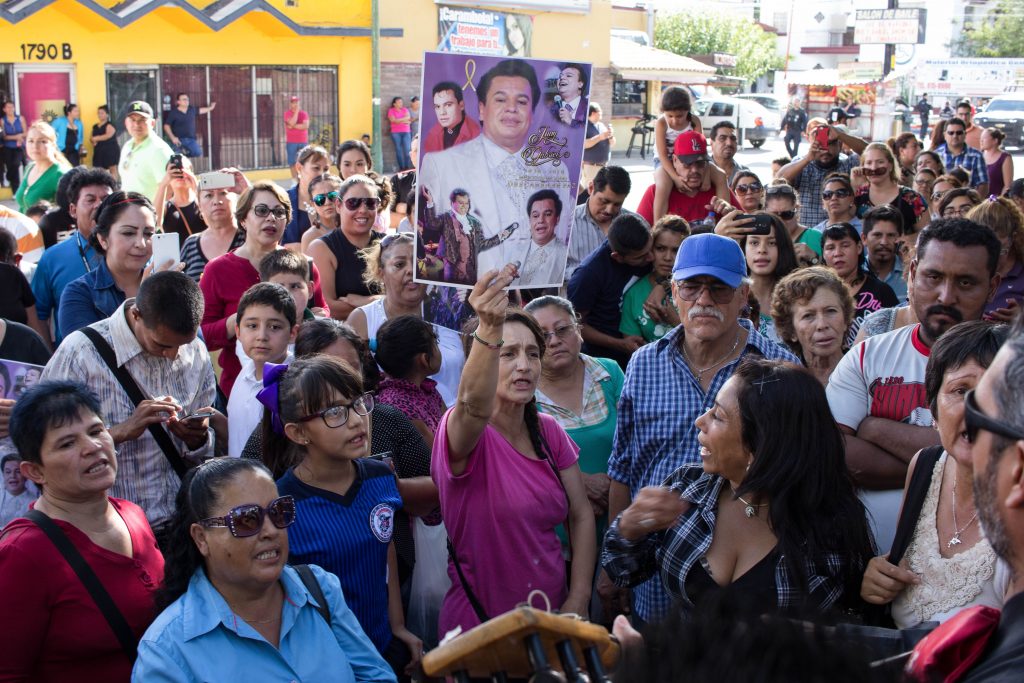 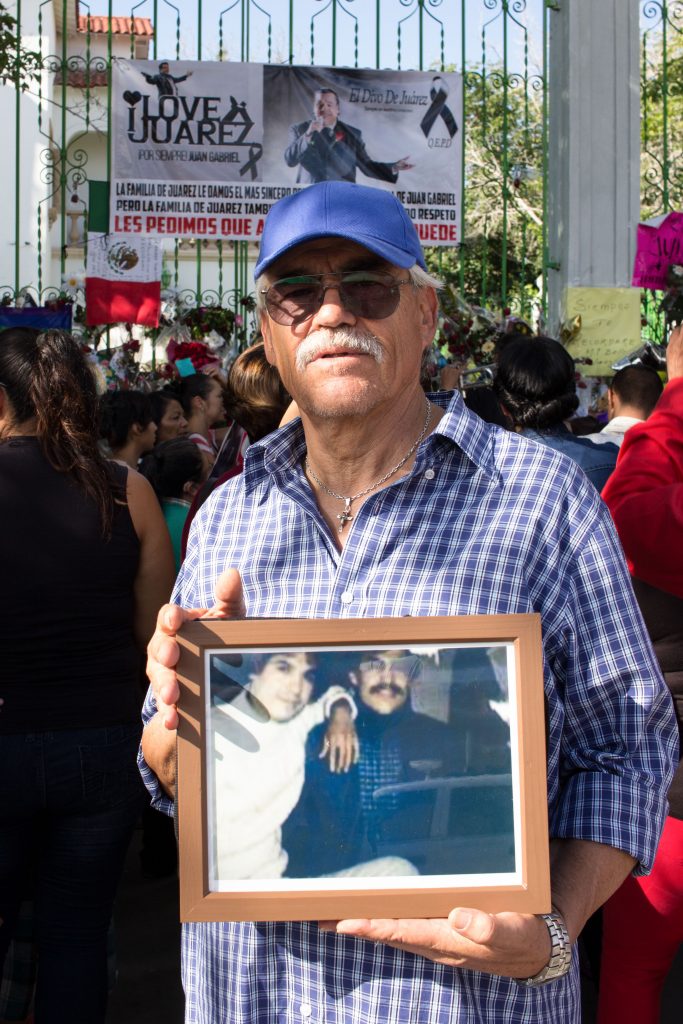 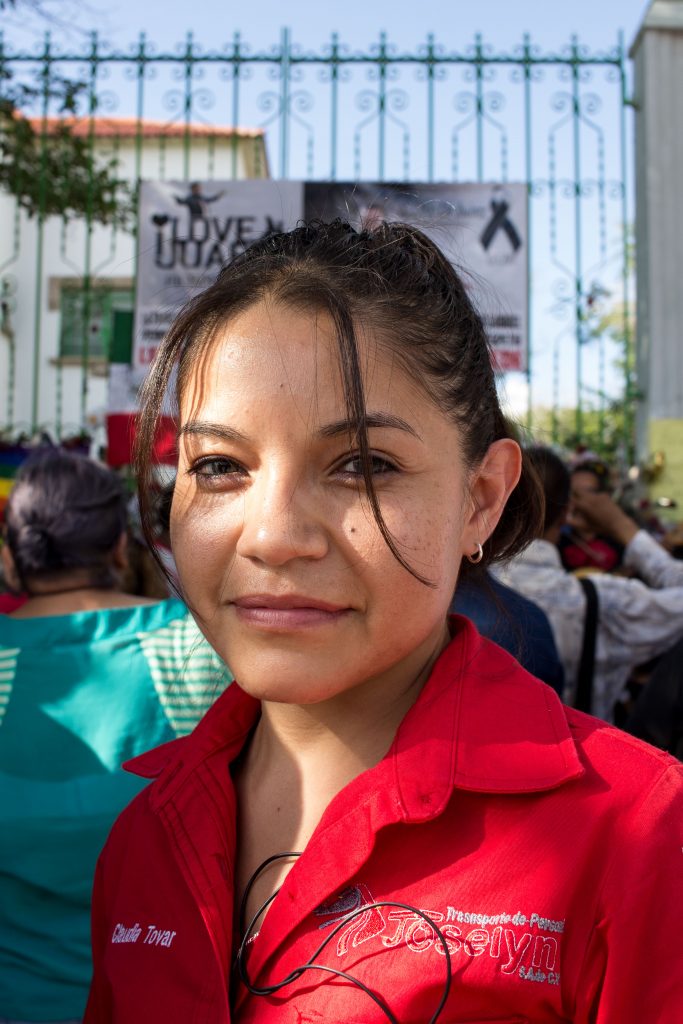 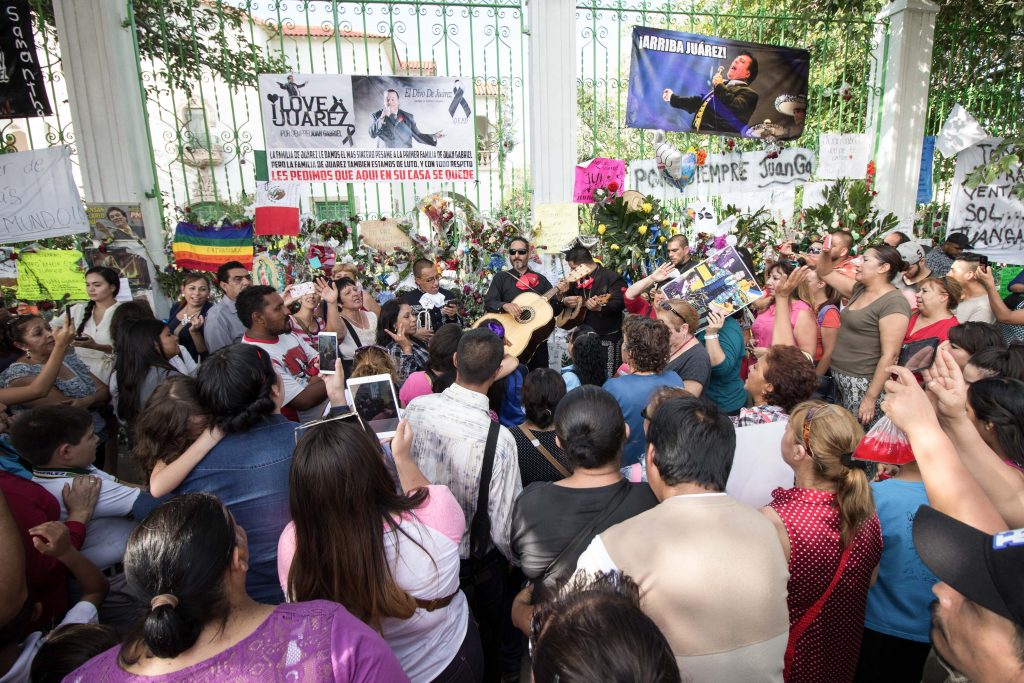 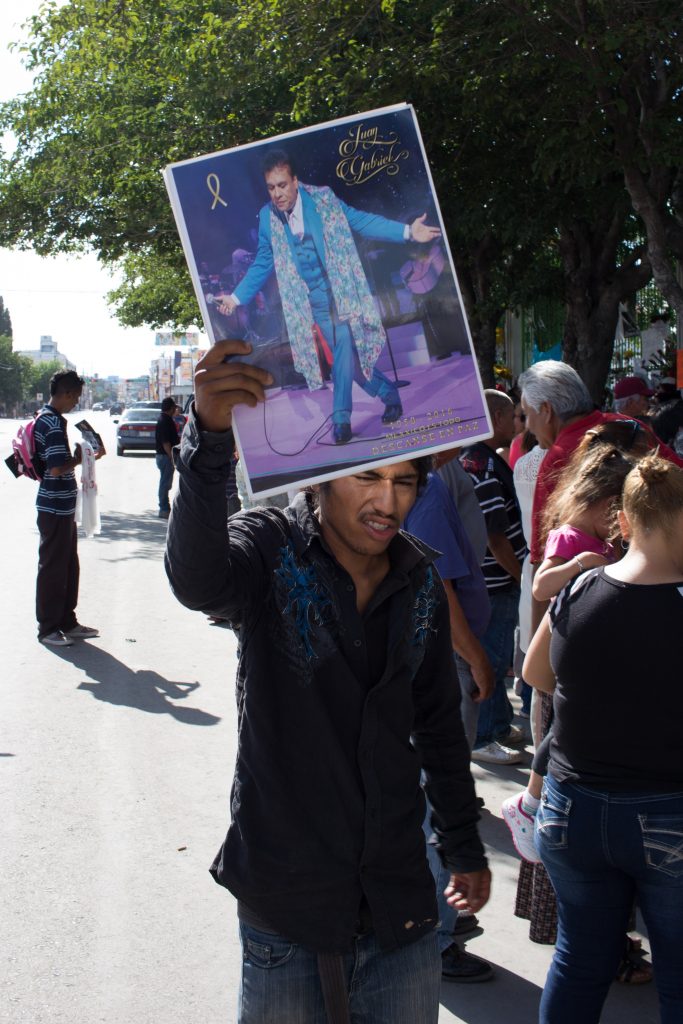 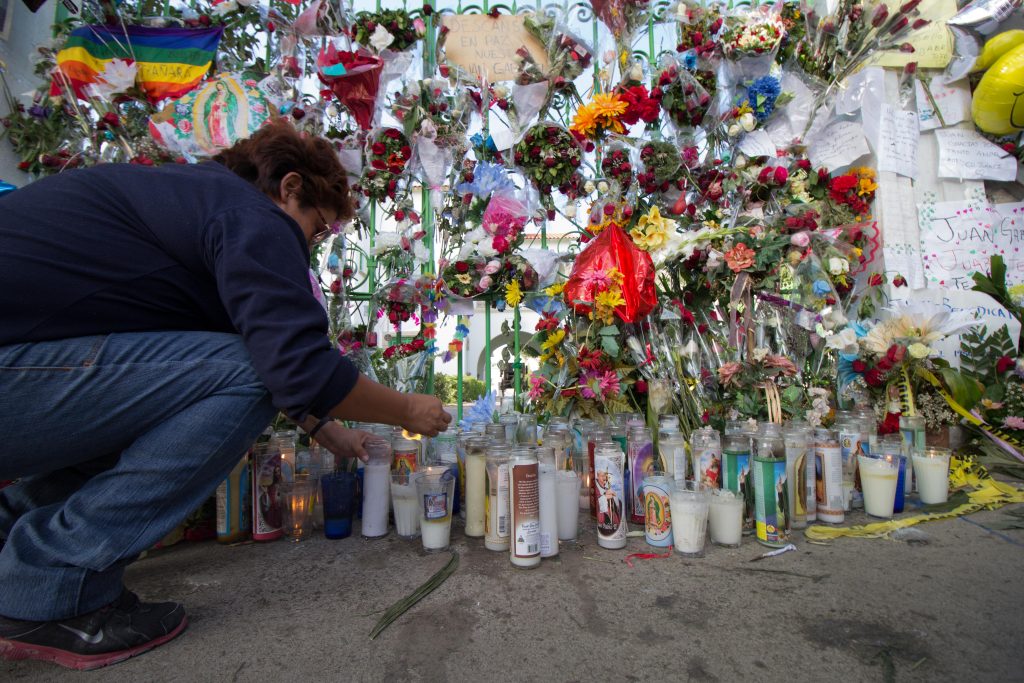 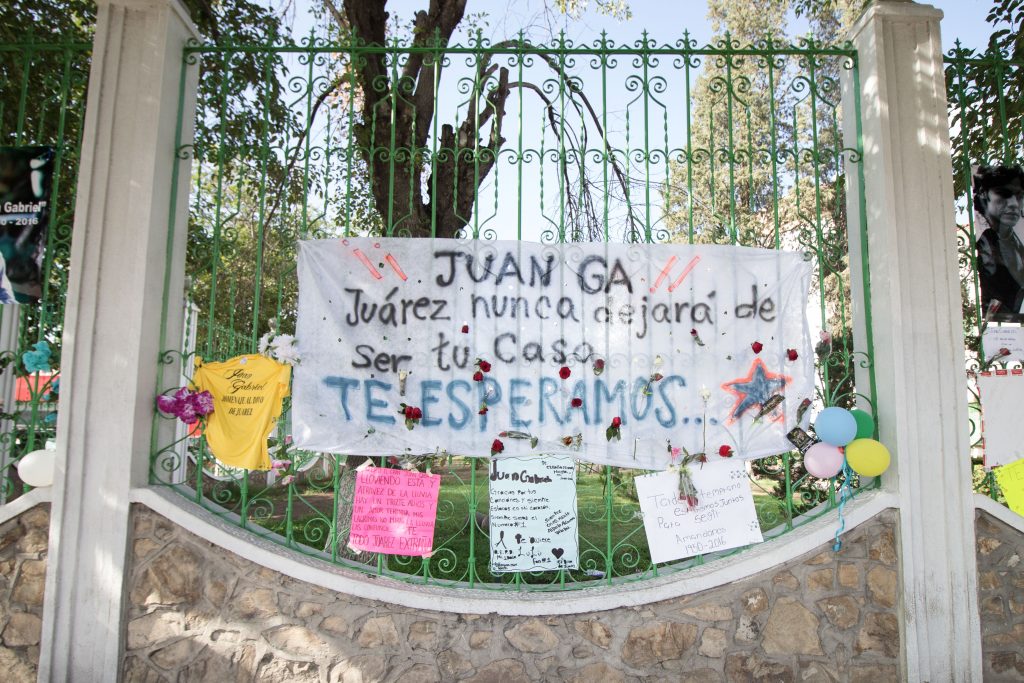 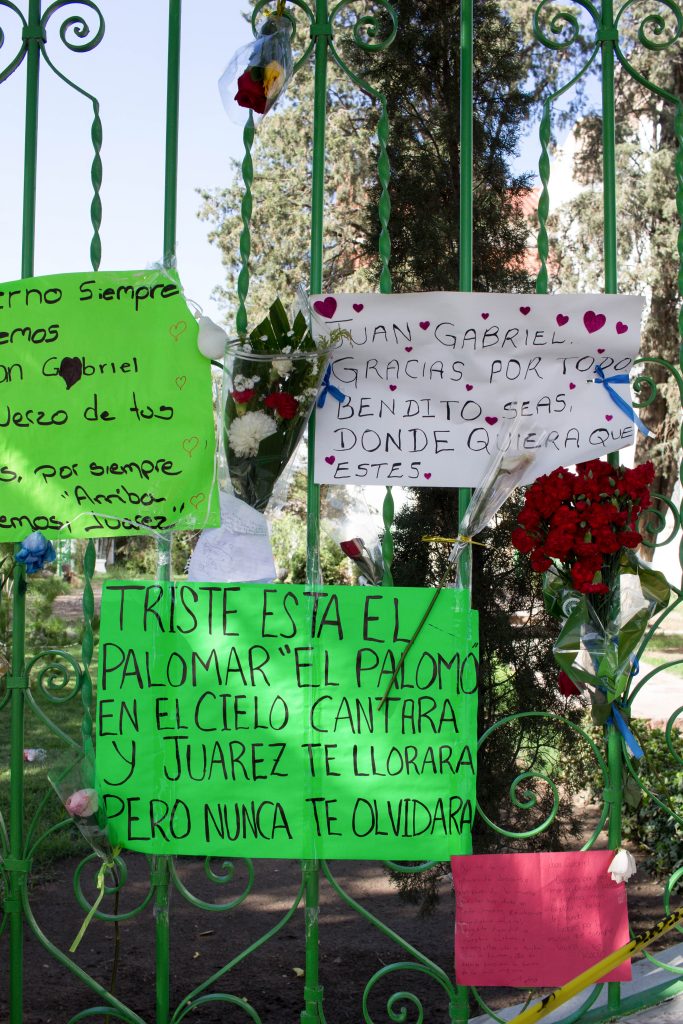 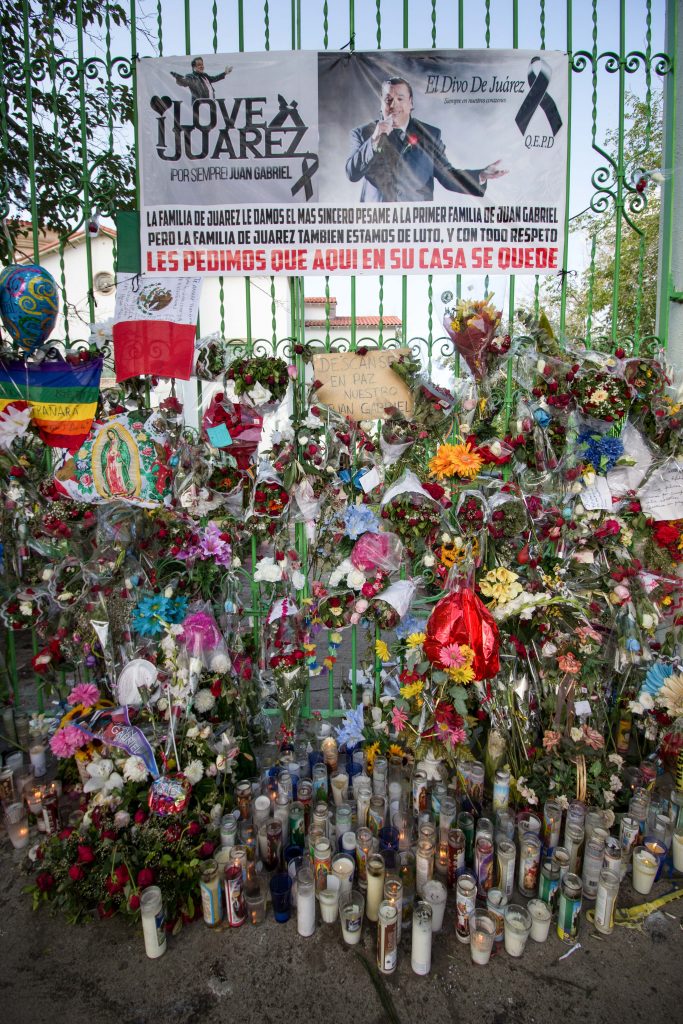 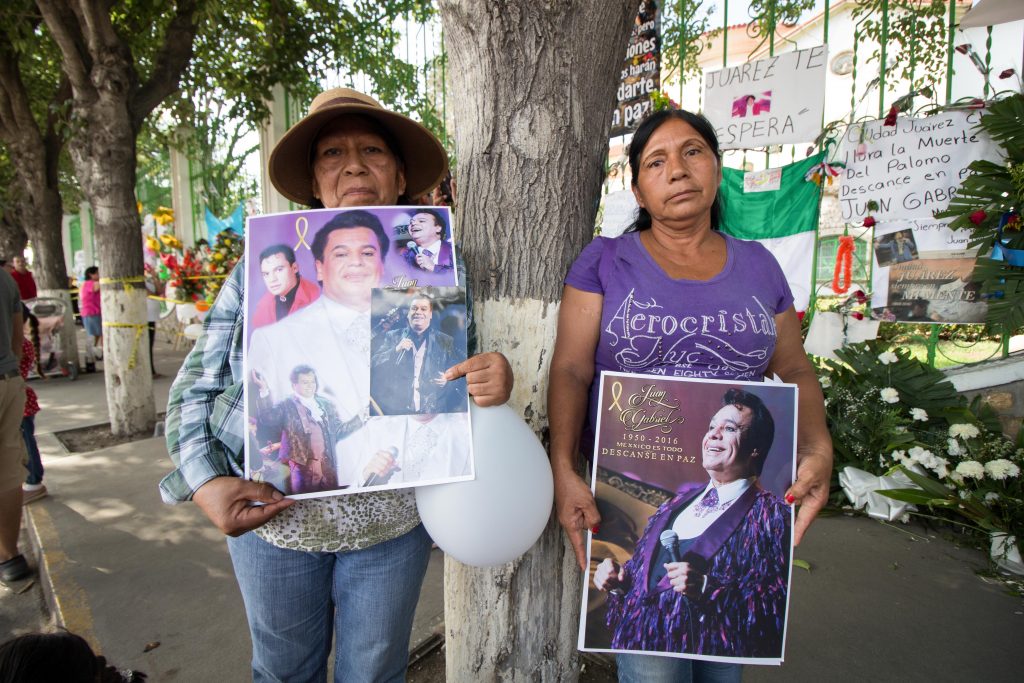 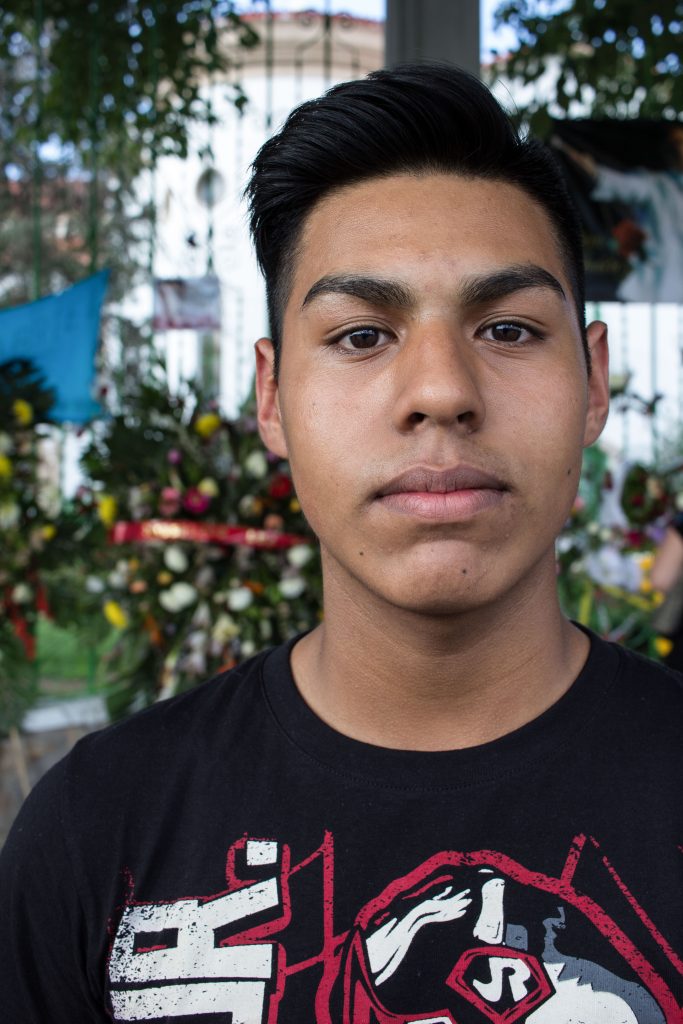 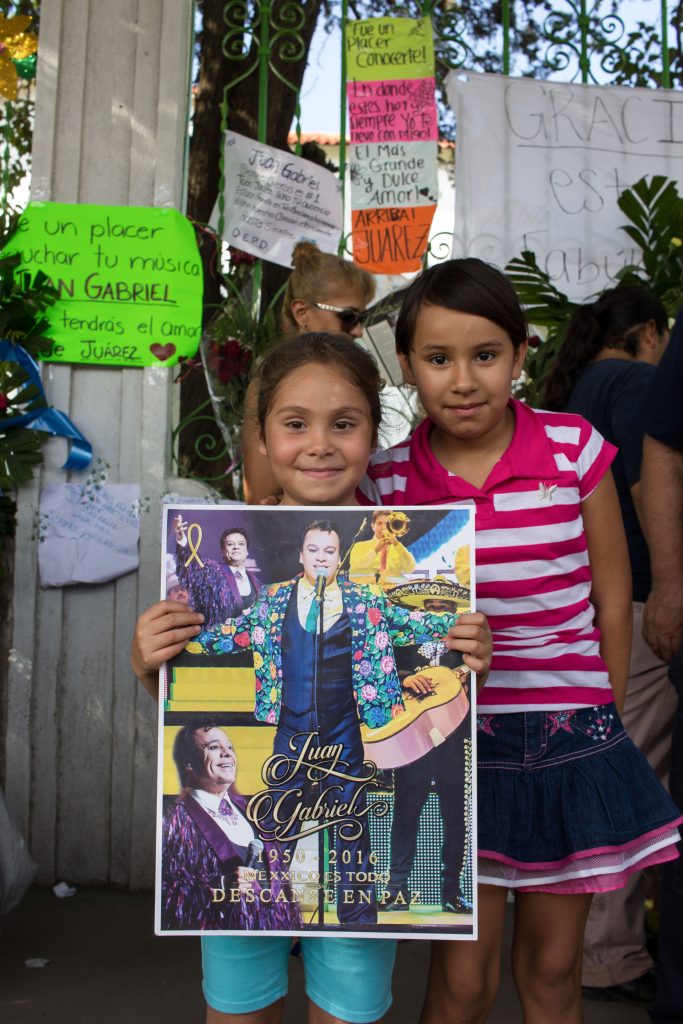 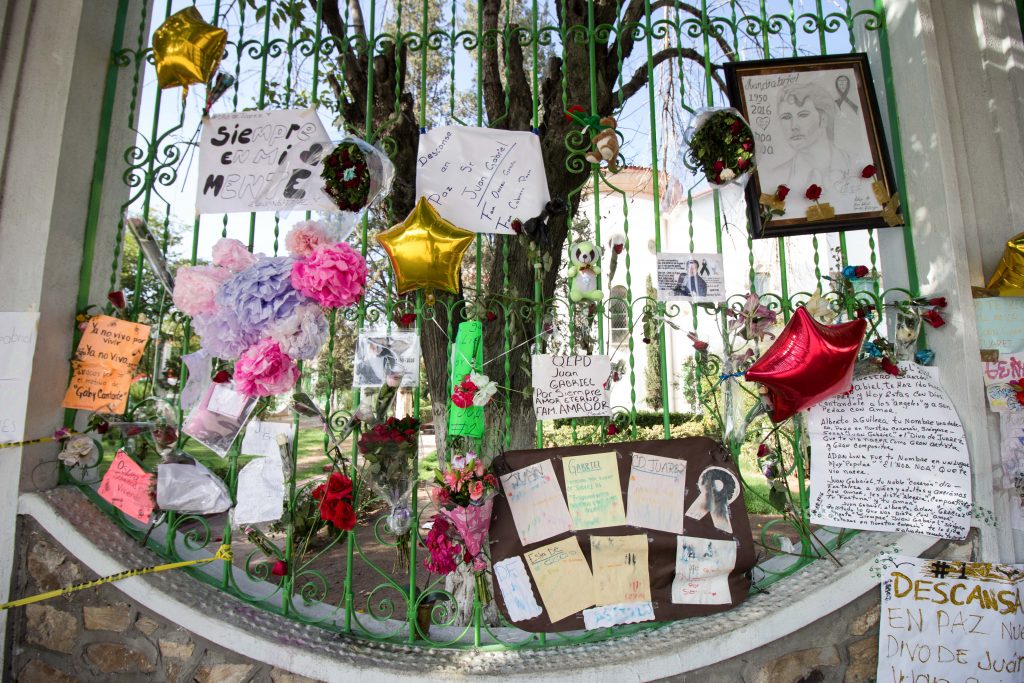 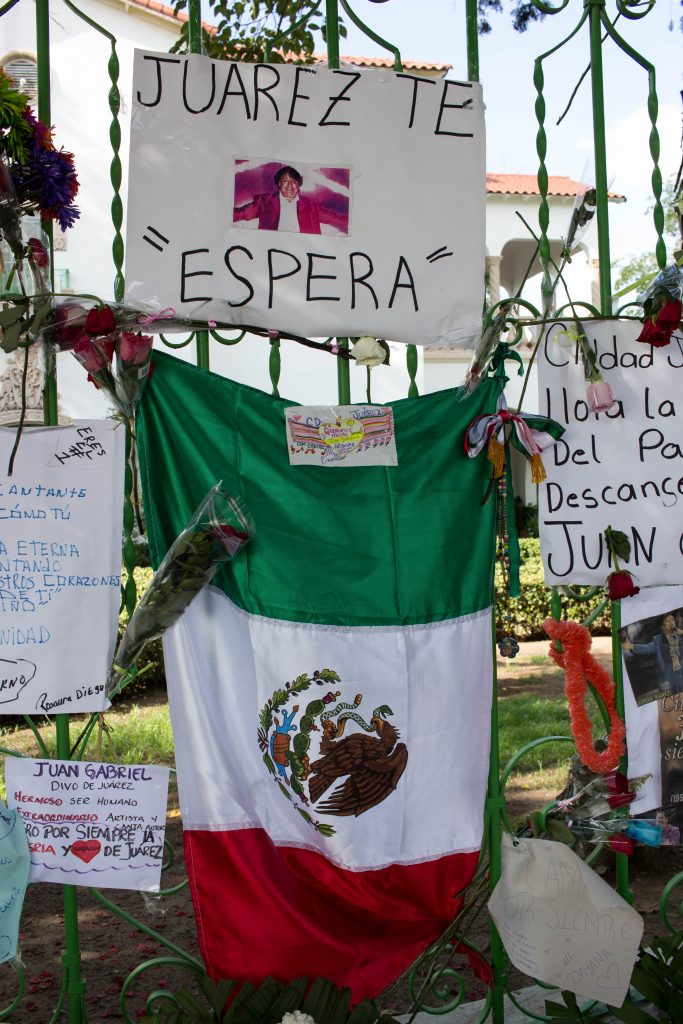 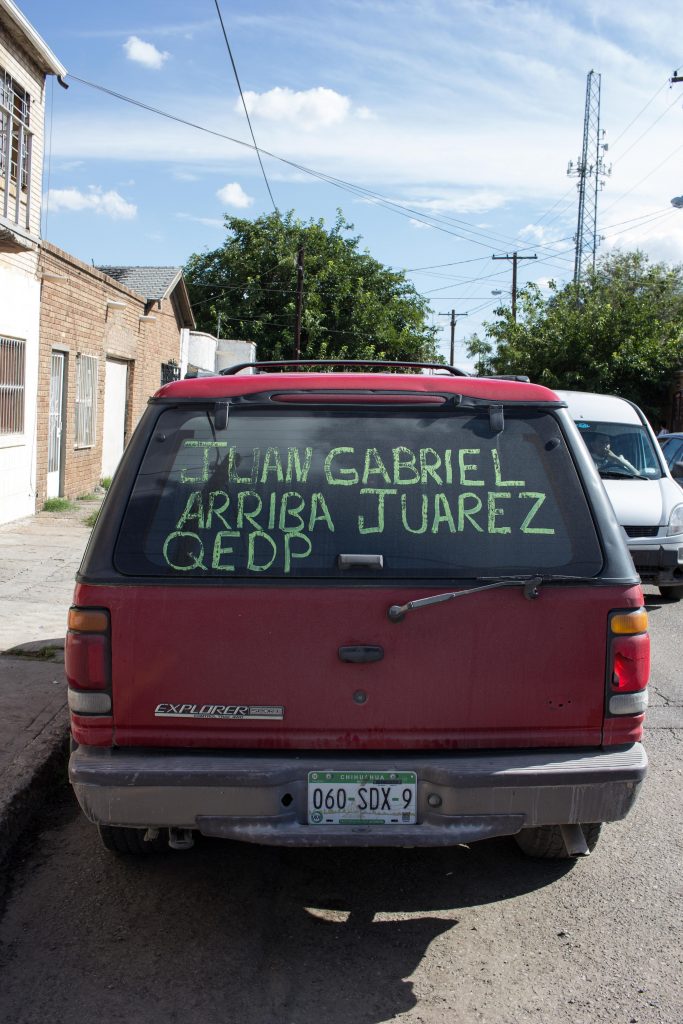 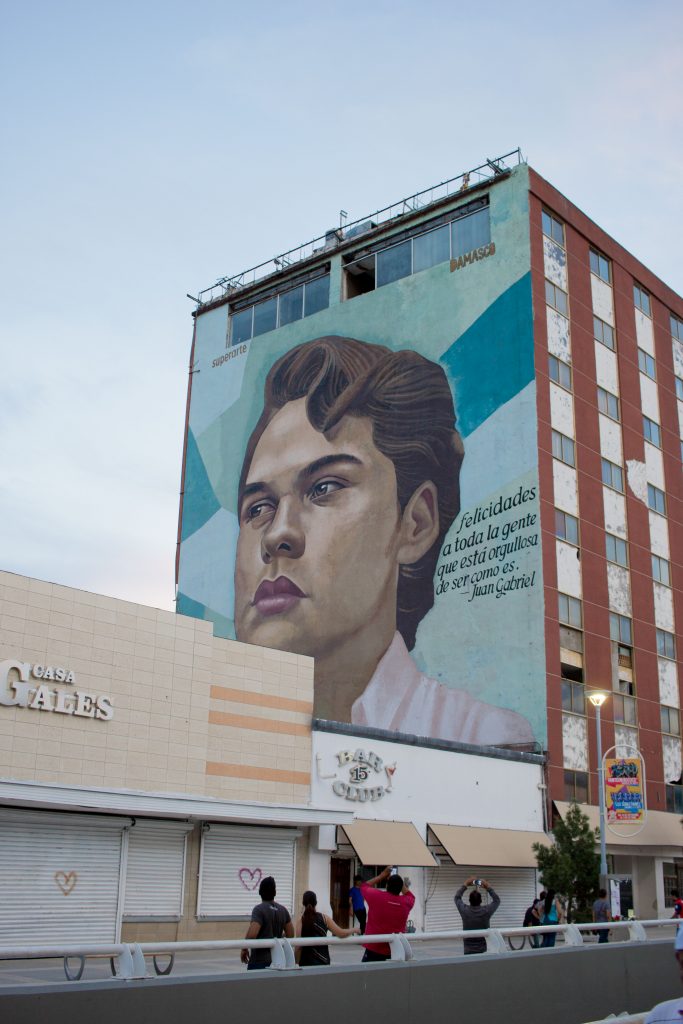 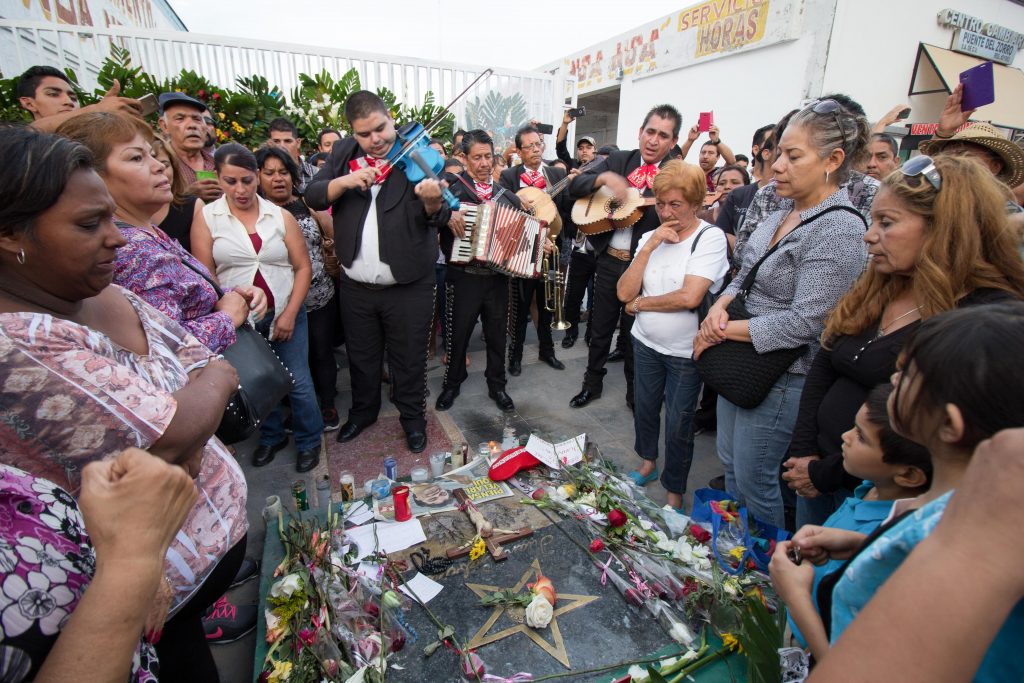 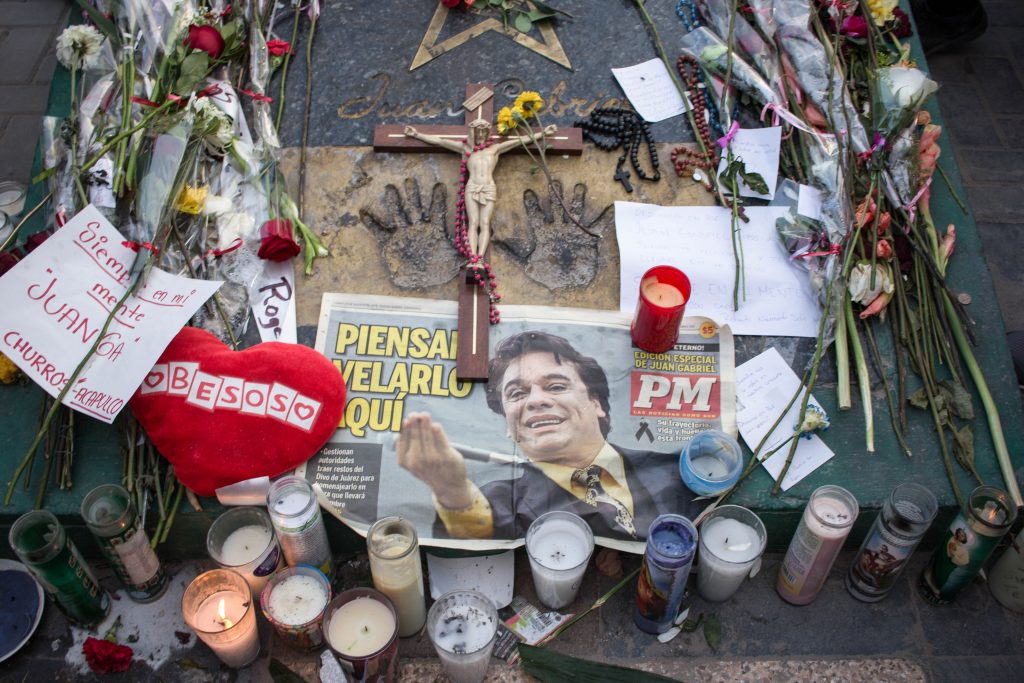 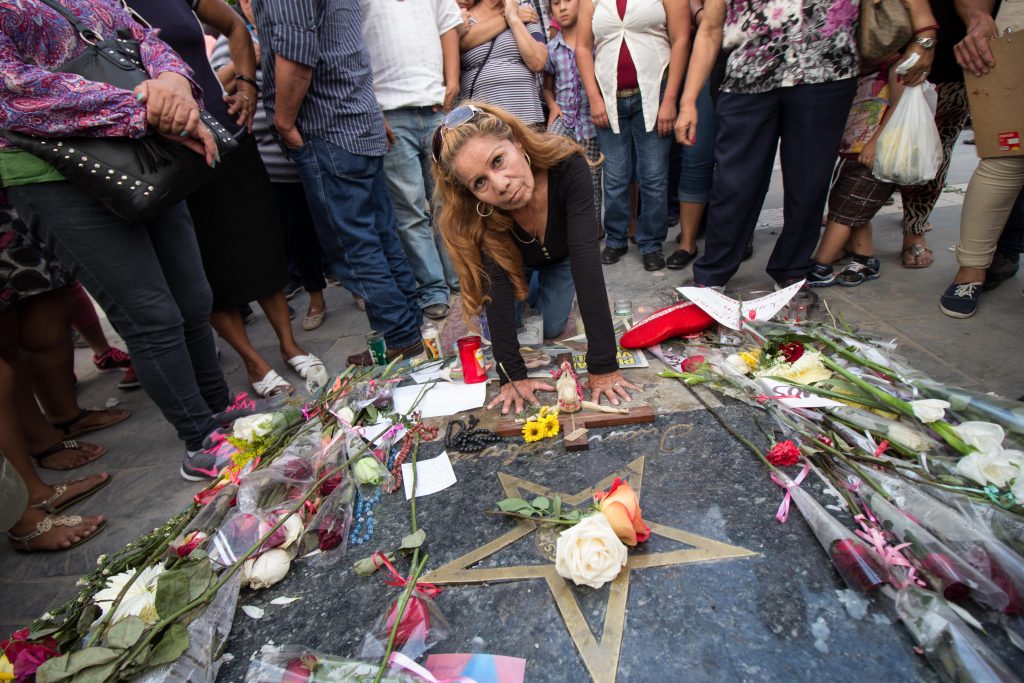 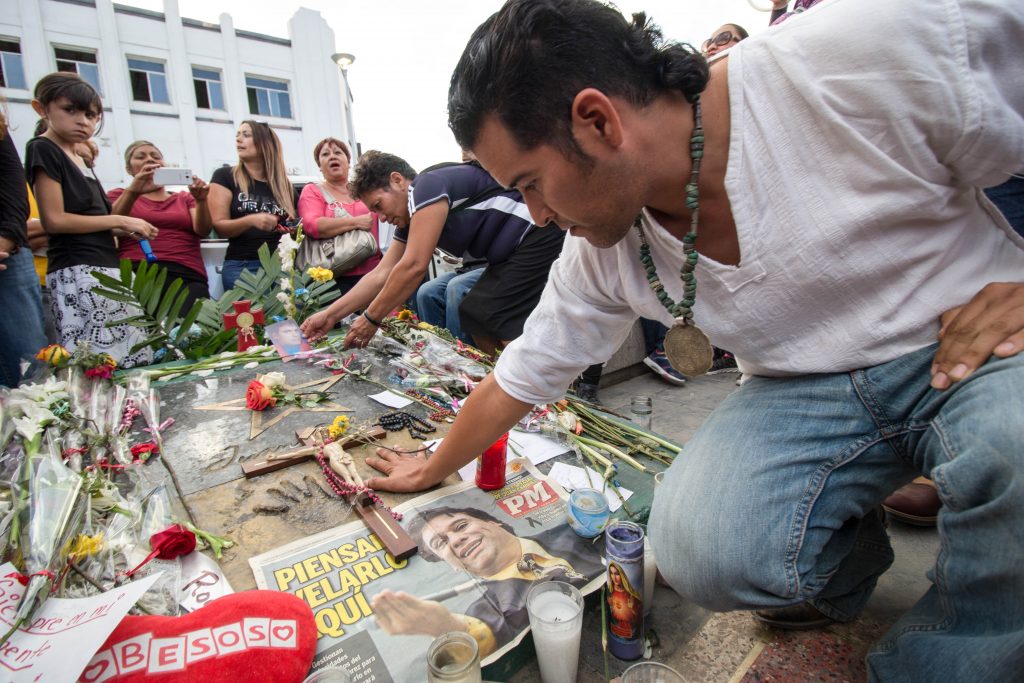 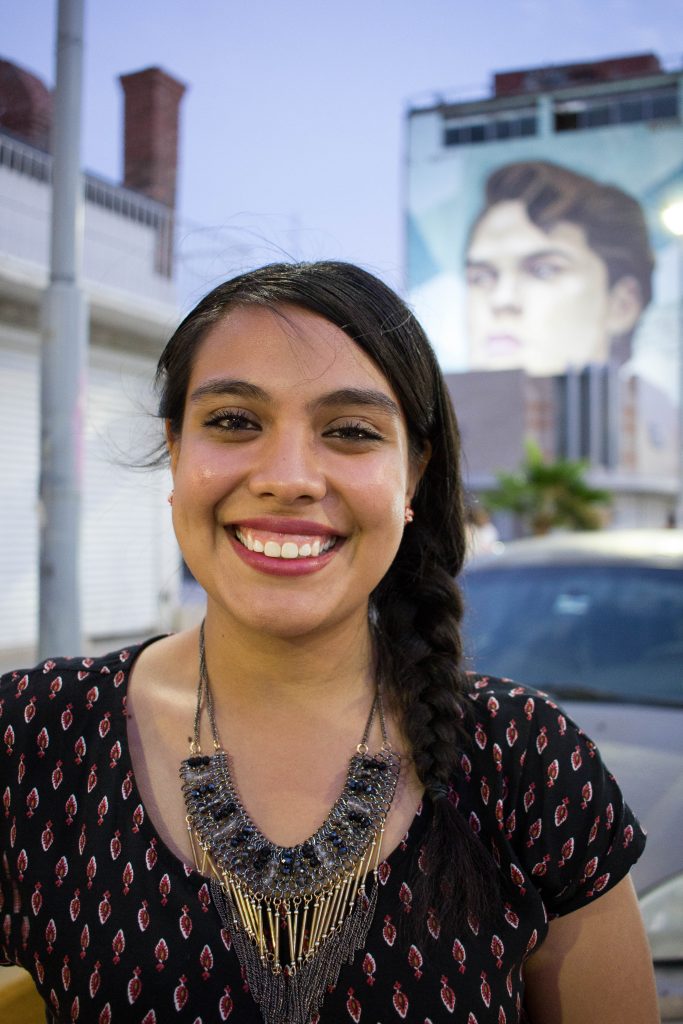 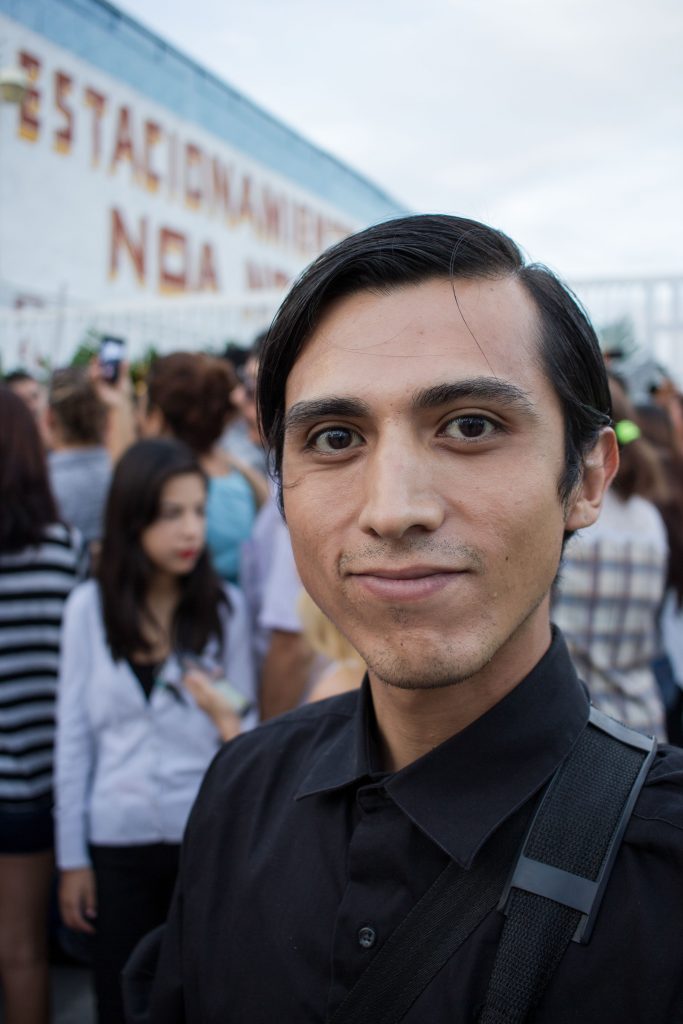 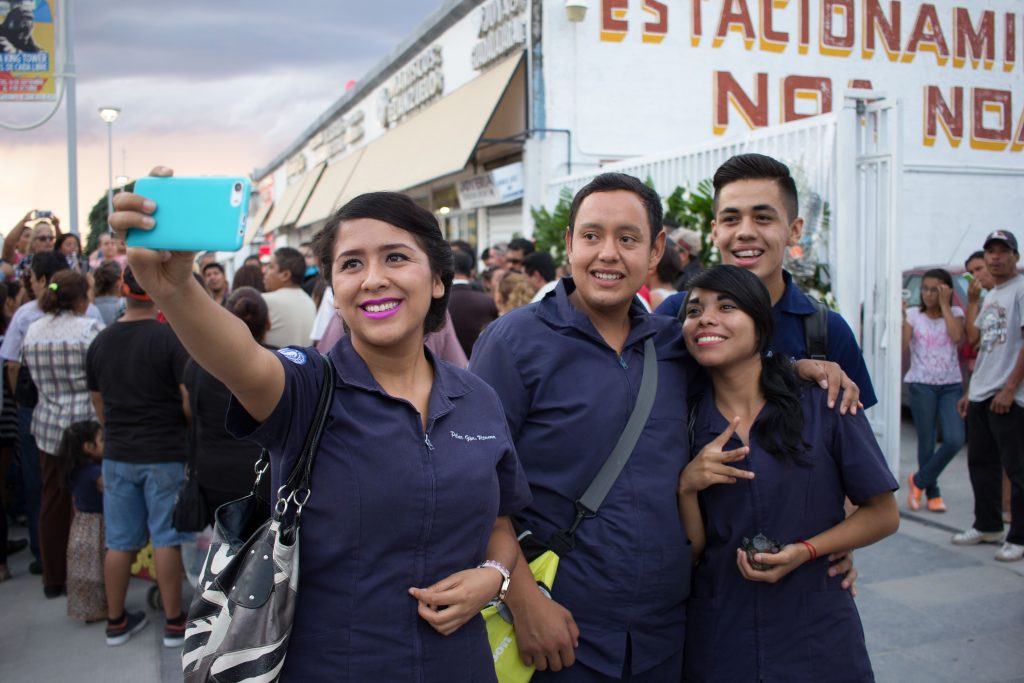 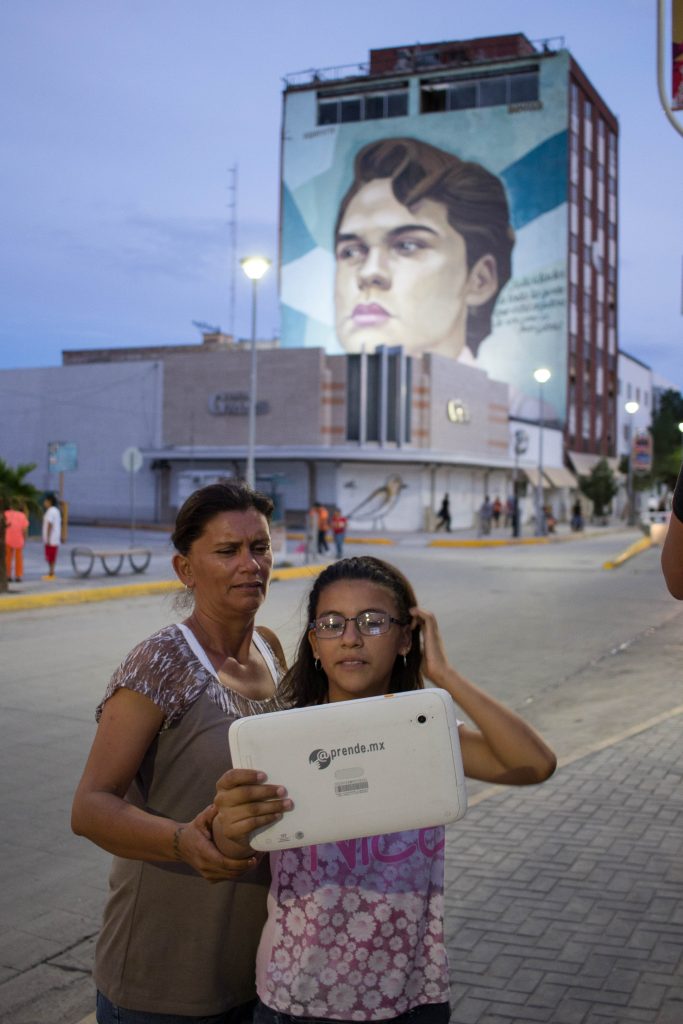 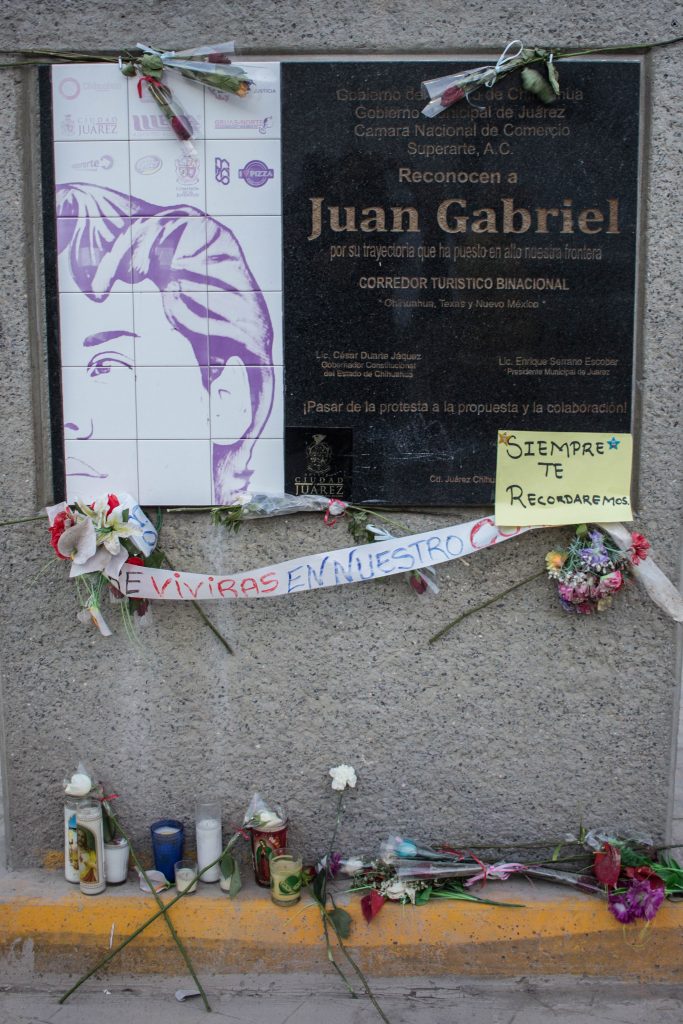