Self-publishing is alive and well. This past weekend, Los Angeles held its sixth annual zine fest, where 200 creators sold and traded their handmade booklets. Independent publishing as a way to spread information can be traced as far back as printing technology, and modern zine makers are continuing the tradition. The Latinx zinesters present at the fest — who often cited their involvement with punk scenes as their introduction into the zine-making practice — are using the medium as a form of self-empowerment, identity formation and exploration, and advocacy around issues, such as Central American representation, sex workers’ rights, and veganism among many, many other things.

Because zines can focus on literally anything, they’re a tangible and accessible way to flip narratives presented by mainstream media and build community around issues and cultures that are often misrepresented, if represented at all. At this year’s LA Zine Fest, we talked to Latinx creators about what zines mean to them and why they find the medium important for their communities.

Editor’s Note: The interviews below have been edited and condensed for clarity.

“I like the fact that you can publish things without waiting for anyone, and it’s a good way to take up space. Zines spread knowledge, it can be political things, topics about mental health, it can be poetry, or your art. It’s spreading things without having a filter or having to wait for someone to let you release the information. 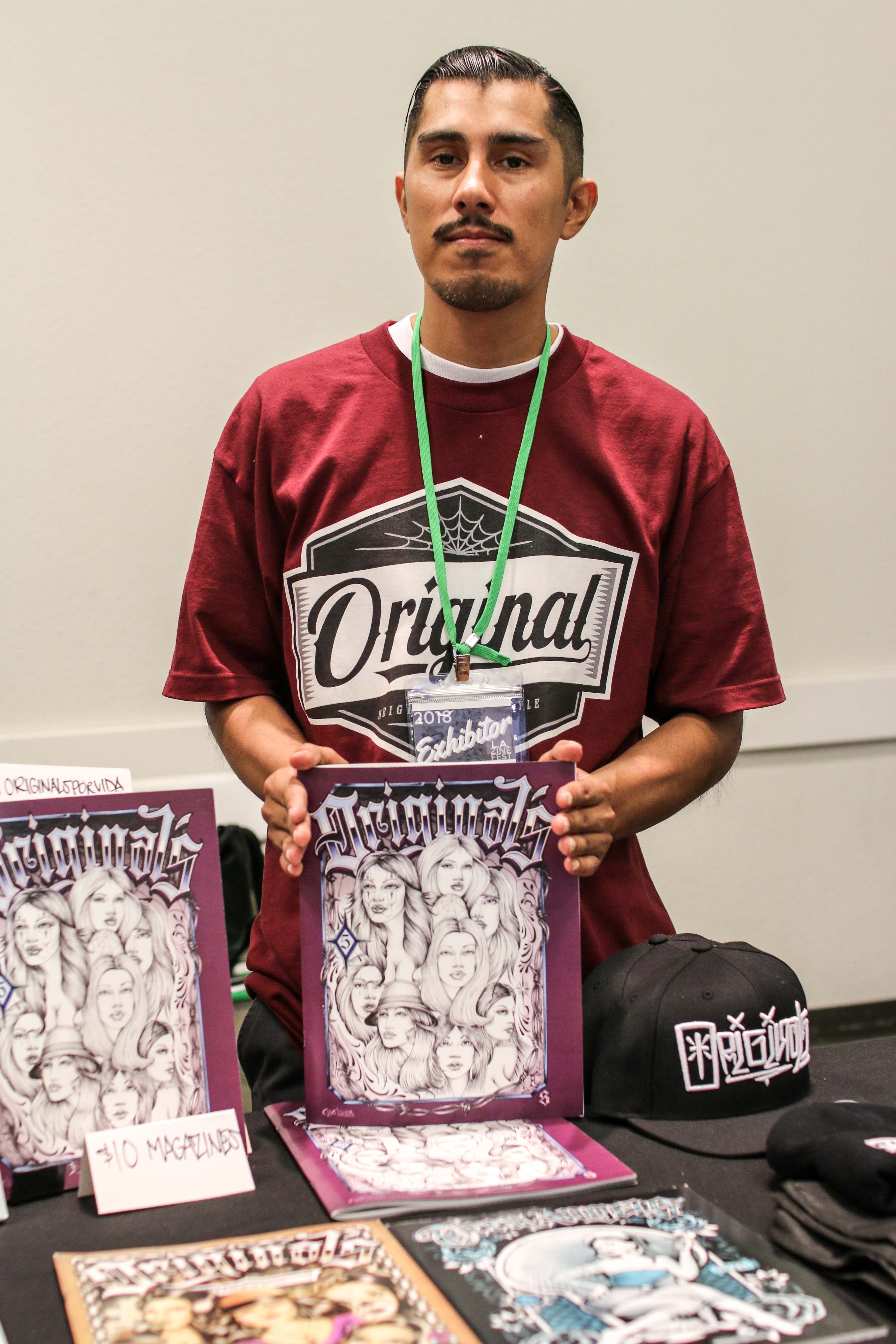 “The zine is a collaboration with a bunch of artists who send art. It’s based on barrio arte. It’s not just Chicano, but obviously Chicanos are the ones that started this style of art. It’s inspired by Teen Angels magazine, because they’re not doing it anymore so it’s a continuation of it.

We are not represented well so this is one way to get our word out there. We need to show who we are and where this stuff comes from, because you see it on TV but it’s sometimes not by Chicanos and the same people who really make it.” 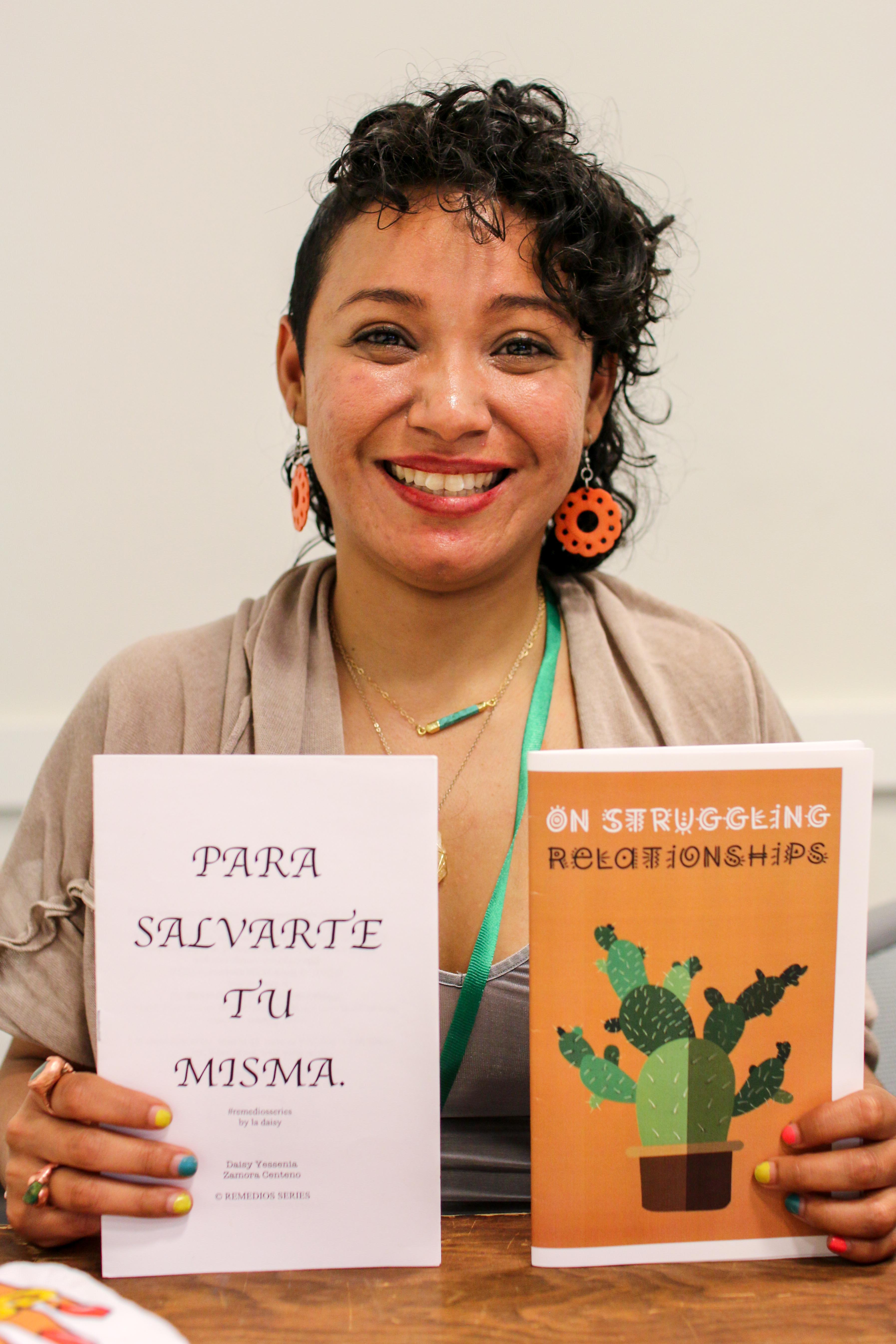 “[Brown and Proud Press is] a collective of artists, writers, and illustrators. we come together to write zines. We select a theme, and we send it out to the community. Folks write back and we put it together.

“I see zines as truth-telling pieces, where folks can tell their stories. It’s like your own personal project that you can then release to the community and folks can take them. Some tell stories and some have instructions. Some of them will tell you news, they’ll talk about history, identity, and some of them have maps. It’s whatever you want it to be. You’re making your dream come true in this way.

“It’s really hard to publish a book, so I think zines offer this other space where you can tell your story. No one can police you on your grammar. You can purposefully spell things however you want. It’s unique and authentic to yourself.”

Zines are a part of DIY culture. It’s not about being a commercially published author or mainstream press, it’s about publishing whatever you’re passionate about.” 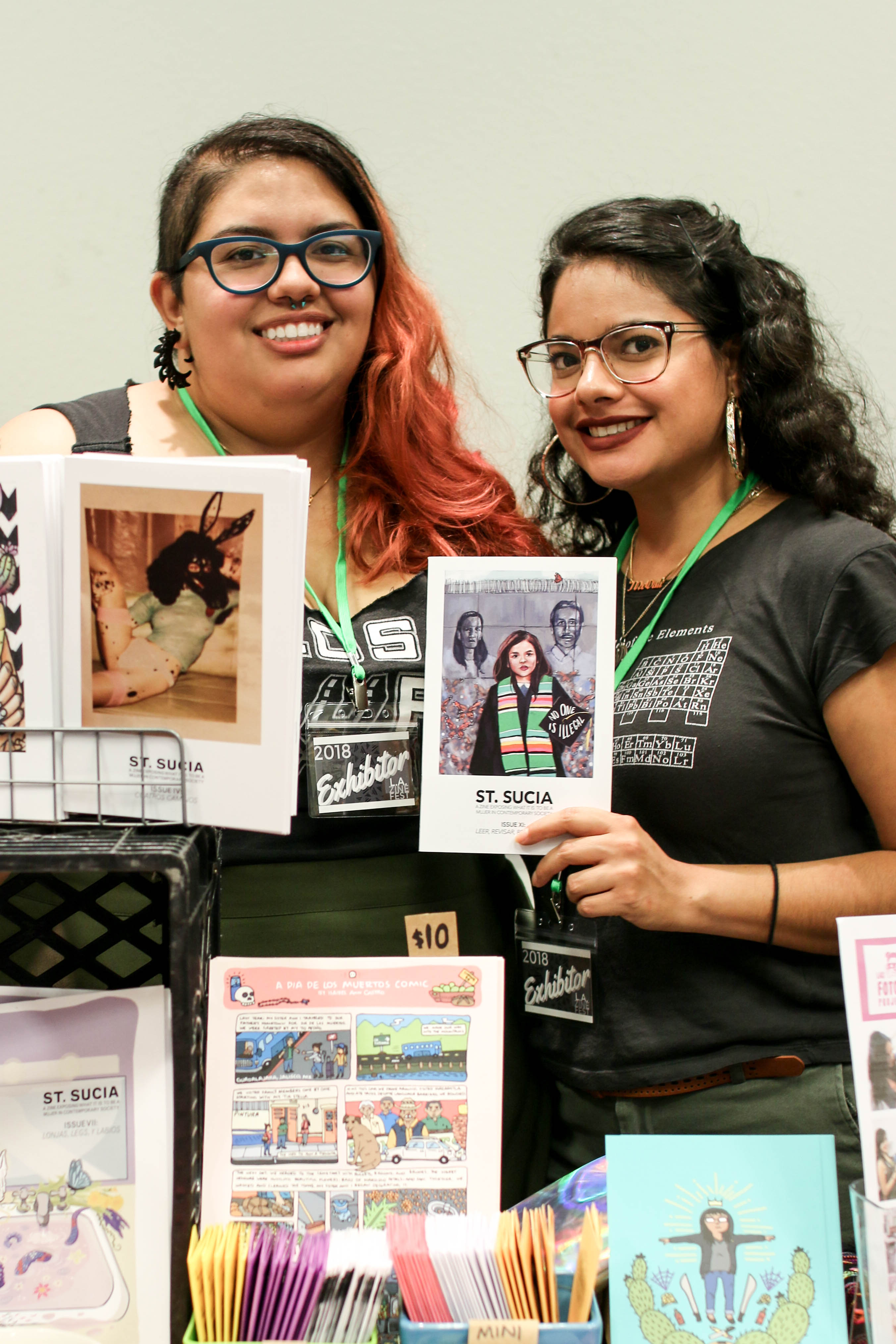 “The zine started 4 years ago. Isa had the idea to start an-all Latina zine. We’ve had 11 issues; we’ve gone international; we’ve been added to university libraries; we’ve been archived by university collections; we’re on the syllabus at different universities around the country. Our goal has been the same this whole time – to elevate Latina voices in art and in literature and to smash stereotypes of Latinas. We are opening up a platform to elevate voices of all different types of Latinas and to tell their truths and stories. We recognize that Latinas are a diverse population and we need to recognize that and respect that. We are in solidarity together. I identify as Chicana and Isa identifies as Mexican-American but we publish everybody: queer Latinas, trans Latinas, Afro-Latinas, Boricuas, Dominicanas, everybody. It’s not just Chicanas.” -Nastasha

“Historically, no one is publishing us or asking us to be in their gallery shows. We have to do it for ourselves. With our zine, me and Isa are not waiting for someone else to give us these opportunities. It’s an amazing access point and no one is telling us what to publish. We are not worried about sponsors. We are not worried about marketing. Nobody tells us what to do. We get to tell the stories we want to tell. All of it is self-sustaining; all the money we get from publishing the zine, goes right back to it. We make zero money off of the zine.” -Isabel 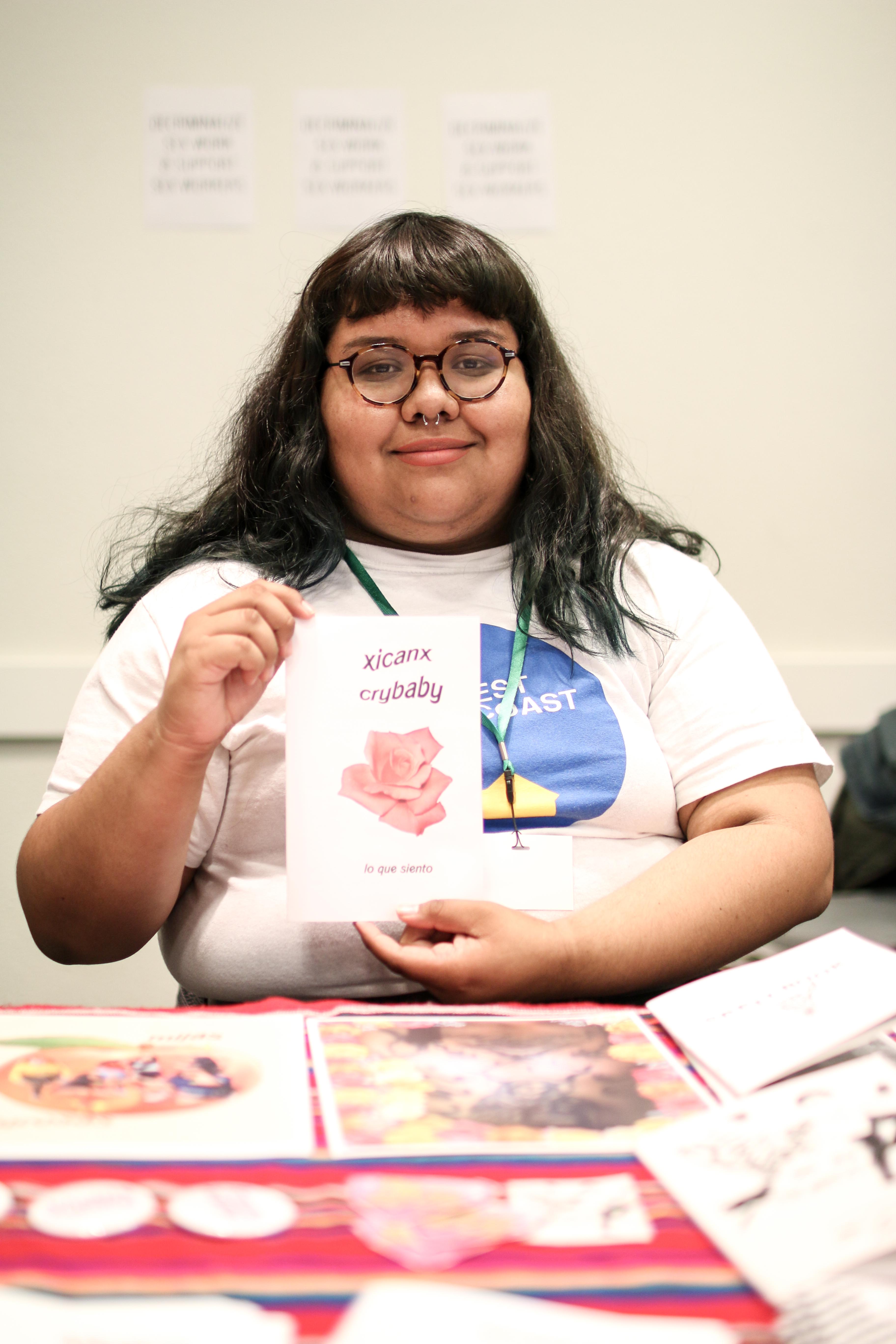 “We do a zine about the LA music scene like punk, ska, and hardcore. We also talk about our feelings; we are trying to centralize the notion that you can absolutely cry, you can absolutely feel anger and sadness and write it down. We are trying to destigmatize the whole crying thing because in Latinx cultures, you’re taught not to cry or show weakness, especially amongst men.

“I got introduced to zines at a particularly tough part in my life and making zines has a been a really cool part of my healing, and I was able to get out more and meet people. The zine family that I have right now especially in LA, they’re like family to me.” 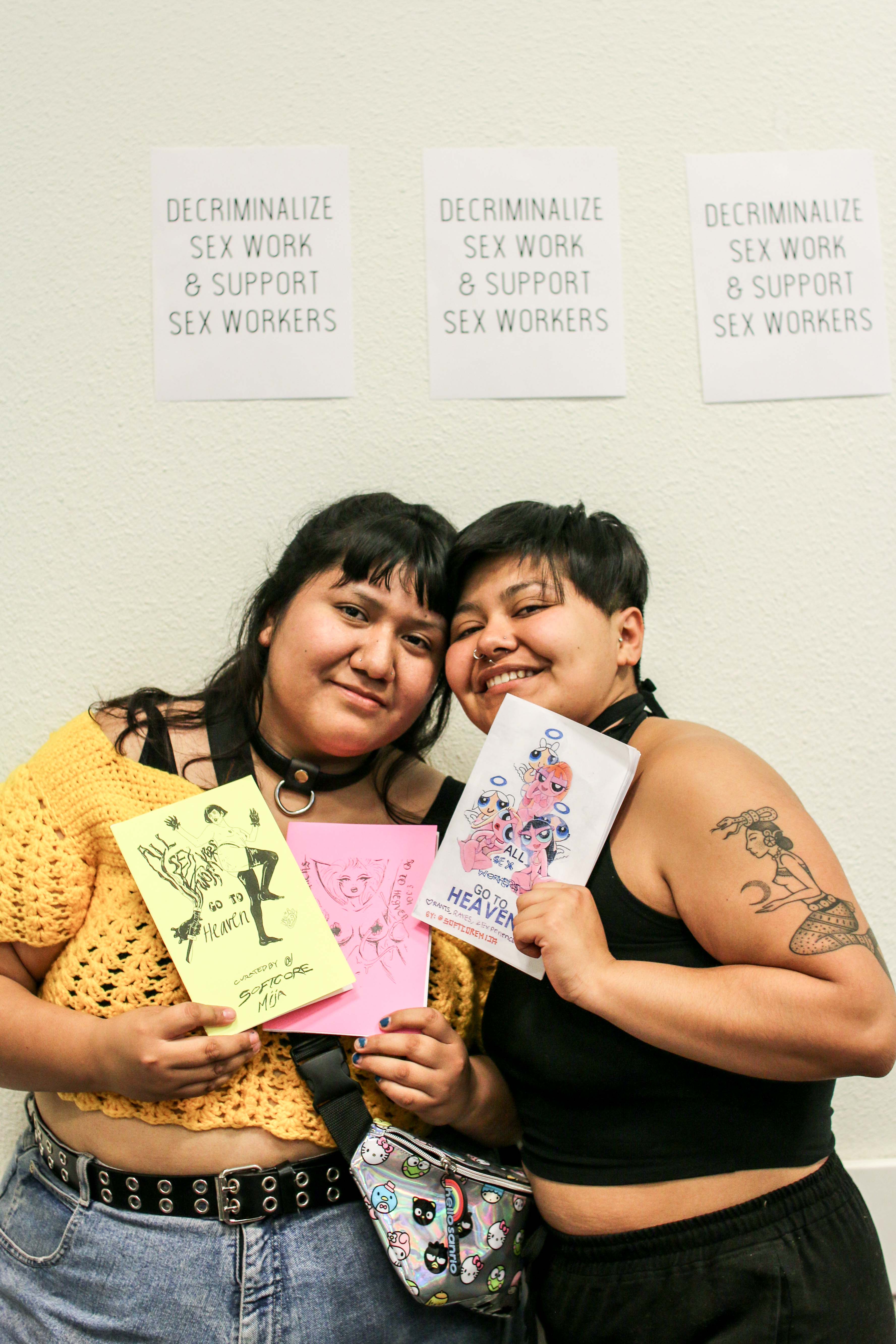 Daisy, 24, and Caroh, 22, All Sex Workers Go to Heaven collective

“We run a collective called All Sex Workers Go to Heaven. It was created because I was tired of being the token friend for my sex worker friend’s art projects. I was tired of not speaking for myself and not showing my own narrative. So I thought it was about time to start a zine speaking for our own. The zine is made out of submissions that other sex workers send in. I prioritize sex workers of color and trans sex workers of color, because I think that’s most important. It’s important to speak for ourselves for once.

“I think we forget that sex workers are people; sex work is work; and a lot of us are artists; a lot of us do really cool things and a lot of people forget about that. When I call for submissions they don’t have to be related to sex work. If you’re an awesome artist and you’re a sex worker, send your work in.” -Daisy

“In these zines I constantly see myself. I see my friends. I see my family. Sex workers are not humanized in the same way. We are not seen as everyday people. We are only seen for our profession. Zines are an amazing way to not just humanize us but really grab the person and show them that we go beyond this. We are artists, we are parents, we are real ass hustlers outside of this. Having that on a zine, people can hear us. I feel like that’s one of the few ways people will listen.” -Caroh 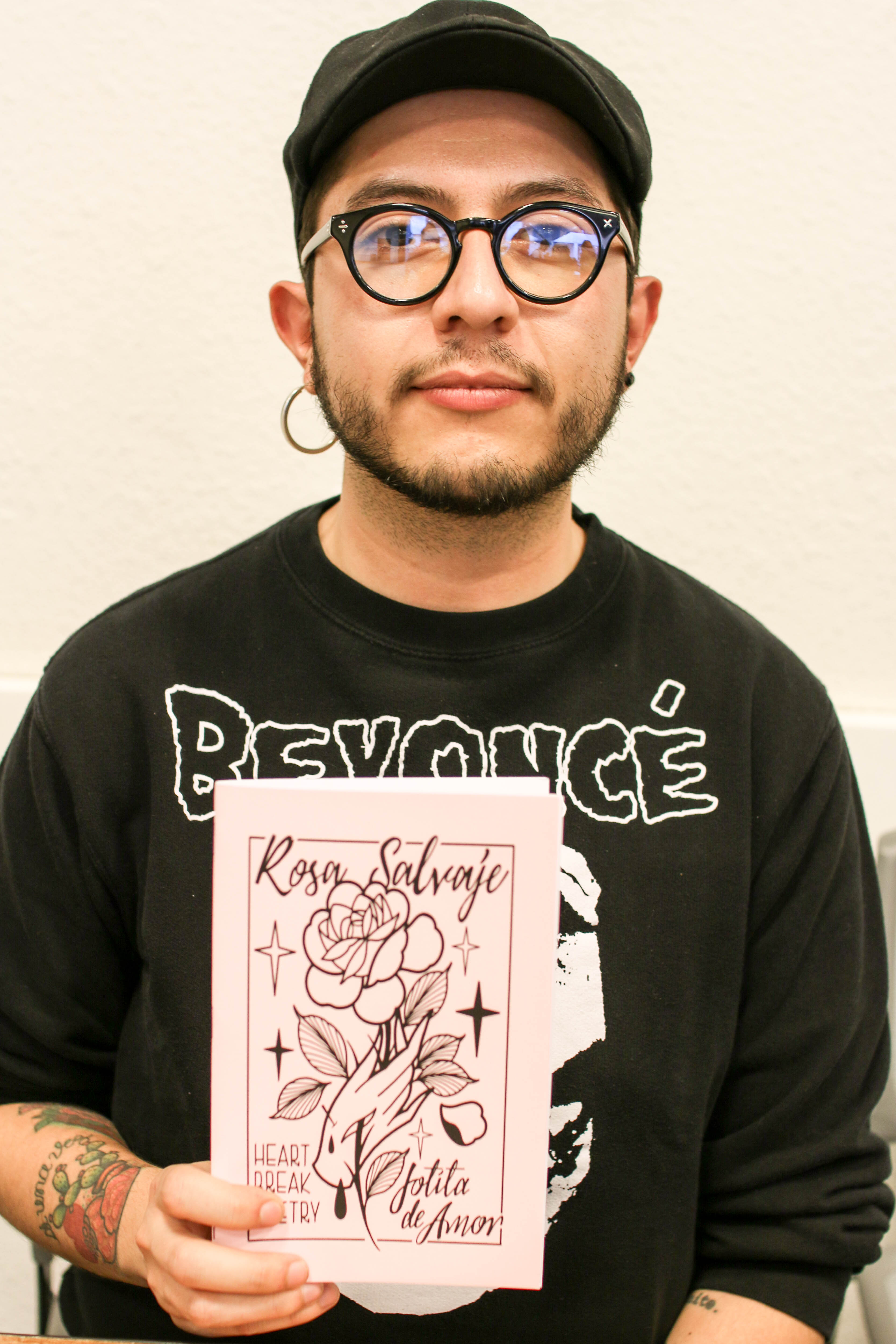 “I write queer poetry from a migrant lens. I have two zines out, and they’re either about breakups and about LA and what it looks like now compared to when I first came here as a kid and the whiteness of it and the lack of resources for other Chicano or Latino people.

Zines are important because it gives a chance for our community to be represented without having to conform to or do things through a middle person who’s usually male or white. It gives specifically queer and other people of color the chance to get stuff out.”