About 10 people are gathered in Chicago’s Volumes Bookscafe, all of them with phones or well-thumbed paperback copies of Veronica Gerber Bicceci’s Empty Set. Conversation bounces back and forth between how well Gerber Bicceci just gets what it’s like in those weird weeks and months after a breakup to all the ways in which “breakups” show up in the text (the end of a relationship, the shattering of a mug, the jumbled timeline along which the story itself unfolds) to the way that the semi-mathematical drawings sprinkled throughout interact with the narrative.

“We consume each other’s cultures to some extent, but I don’t think there’s a real exchange of understanding of each other’s lived experiences.”

This is the first meeting of the 2019 Lit + Luz bookclub, three months in advance of the fifth year of Chicago’s largest Mexican-American literary festival, which will bring Veronica Gerber Bicceci, along with other authors from Mexico and the U.S. to participate in a large-scale cultural exchange.

“We have these neighboring countries, and there’s very little exchange other than what we see between politicians,” says Miguel Jimenez, the Community & Literary Arts Coordinator for Lit + Luz Festival. “We consume each other’s cultures to some extent, but I don’t think there’s a real exchange of understanding of each other’s lived experiences. I think there’s a huge opportunity there as neighboring countries – we’re so close and yet we don’t have open dialogue. What came most naturally was to have that exchange through conversations about books and to have that exchange communicated through art or visual art.”

To ensure that attendees for the festival are already familiar with the writers coming to town, Jimenez had the idea to start up the book club a few years ago, a three-month buildup to the main event that took him from Mexican-American enclaves like Pilsen to gentrified and gentrifying neighborhoods like Logan Square and Wicker Park to visit independent bookstores and other venues across the city. 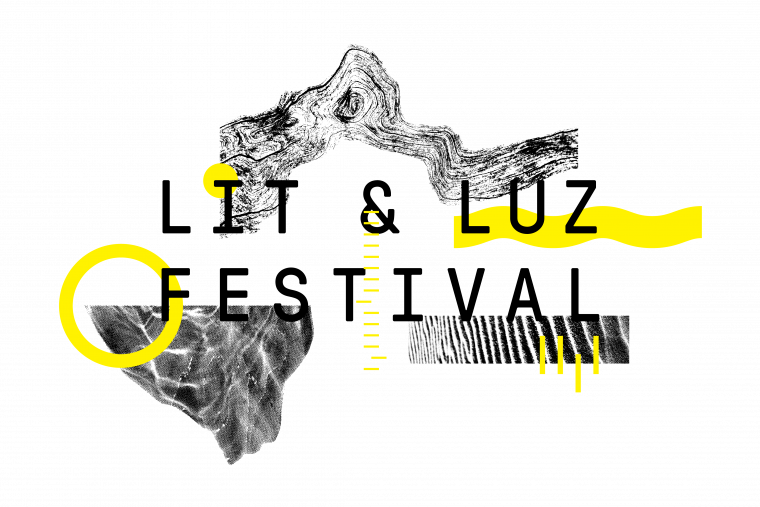 “Last year, we decided to take it even further,” Jimenez tells me. “If people are reading these books, and reading is a kind of intimate experience, we should then host an intimate event.”

Book club members met with Fernanda Melchor (Temporada de Huracan) and Julian Herbert (Tombsong) in a conversation that made space for their deeper knowledge of the books after a few weeks of discussion.

“After that, the authors hung around, and the people that were there that had read their books stuck around and talked to them,” Jimenez adds. “It was a really cool experience to see, especially because I had hosted all the book clubs, to see people that I knew loved these books be like ‘Oh my god, I can’t believe I met her, and that we were sitting there and talking!’”

We’re so excited that Mexican cinematographer, editor and director Dalia Huerta Cano will be with us at our Lit & Luz Festival this year! You’ll be able to see Dalia and her collaboration with Eula Biss at the Live Show on October 19 held at @mcachicago. Photo 2: still from her movie “Olvida usted algo?” (2012) which won the Zanate Short/ Medium-Length Film Award at the 6th Documentary Film and Video Festival Zanate, Mexico Photo 3: A still from “El fin de la existencia de las cosas” (2013) Photo 5: Dalia with her 12-year-old dog. Photos 2-5 are courtesy of Dalia Huerta Cano herself. Photo 1: credit: Ákos Körösladány . . . #litluz #chicagoevents #mexicanartists #film #documentaries

Other book club features for 2019 include House of Broken Angels by Luis Alberto Urrea at City Lit on August 29 and Antígona González by Sara Uribe on September 23 at Pilsen Outpost.

Lit + Luz initially came out of a 2012 issue of Make Magazine, a Chicago-based literary magazine. The special issue was titled “Intercambios/Exchanges,” and which aimed to address the lack of translated Mexican literature available in the United States. Two years later, an international book festival was born. Every year, a weeklong event spread across Chicago in the fall is followed in the spring by a similar event in Mexico City, oftentimes with similar authors involved in both events.

“Mexican writers and artists that come visit here, they end up telling me that they learn these things that they don’t expect, that it was eye-opening for them to meet not just artists in general but Mexican-American artists,” Jimenez says.

The phenomenal Multimedia visual artist @YvetteMaryorga will be with us this year at the Lit & Luz Festival! Her art pieces centering on immigration and the US/Mexico border has been featured in Vincent Price Art Museum, National Museum of Mexican Art, ARTFORUM, Chicago Magazine, Hyperallergic, Teen Vogue,The Reader and much more You won’t want to miss her collaboration with @rarauribe at the @mcachicago live show on October 19th! “After Cesare Auguste Detti 2” (2019) Portrait Credits: Kevin Penczak . . . #litluz #chicagoartists #chicagoevents #yvettemayorga #chicagoart

The culmination of this event comes in the festival’s “live magazine,” where authors from each country are paired up with visual artists for an evening of storytelling, conversation and performance. Last year’s festival featured Mexican-American poet Jose Olivares (Citizen Illegal) doing a poetry interview with Mexico-city based poet Jimena Gonzales (Nombrar la Sangre). Just before the festival, Gonzalez, who is a student, found that the U.S. government would not grant her a visa, so she and Olivares ended up doing the interview remotely.

“We lost signal on Skype,” Jimenez says. “It would break up, and everyone in the audience for a second thought that it was planned, as a statement, like, this is how much we’re separated. We kept losing the signal, and there were these long pauses and silences waiting for the signal to come back and we would get her image back. And there she was, and she would just freeze sometimes, mid-sentence, mouth open, and Jose was standing there, calling her. He would say ‘Jimena, do you hear me? do you hear me?’ People in the audience broke down crying.”