From the spice markets of India to the bustling bazaars of the Middle East, photographers across the world have shown a sustained fascination with the iconography of local marketplaces. And who could blame them? Cramped stalls overflowing with knickknacks provide a sumptuous backdrop to unfolding human dramas; with each crease and freckle etched onto shoppers’ faces reflecting lifetimes of joy and struggle.

But while one could simply point the camera and shoot toward the colorful geometry of baskets, bins, and trinkets, it takes a truly empathetic eye to find those small human stories within the maelstrom of commercial activity. And it’s precisely such empathy that stands out about the work of San Antonio-based photographer Arlene Mejorado, whose ongoing series “La Pulga” takes us into the “beating heart” of the city through a visual study of local flea markets and tianguis.

Yet, as Mejorado developed an ever deeper relationship with these spaces, the LA native began to uncover new layers of meaning. Everything from the harmonious coexistence of chaos and order, to the performative aspect of social ritual began to guide her eye through an almost rhythmic play of portraits and still lives. But like any true artist, Mejorado also recognizes the political dimension of her work, and she has framed the project as a challenge to mainstream representation in its celebration of the “daily resilience, thriving community, and vibrant beauty” of this otherwise invisible social space.

Mejorado has also taken this political commitment beyond the confines of “La Pulga”, and she brazenly challenges elitist gallery conventions by wheat pasting her work across the public walls of San Antonio. In addition, the UT Austin grad devotes her energy to providing a platform for other artists as co-founder of the women-of-color-centric digital storytelling platform Mujeres en Medio, and founder and editor of the photography magazine Óptica.

While “La Pulga” is still evolving, what has already emerged from Mejorado’s careful selection of evocative, impeccably framed images is a sense of deep compassion and familiarity; a sense of the inherent dignity of each human being, in which a faint smile or an innocent gaze can reveal boundless inner worlds. Below we’ve shared some of Mejorado’s more striking images from the series, and we took the chance to chat with the talented visual storyteller about the process behind “La Pulga”, late bloomers, and the importance of believing in your work.

When did you first know that you wanted to be a photographer?

I like to say my eyes were the camera because I was always observing my environment ever since I was a little girl. I didn’t gain access to a DSLR until 2013 when I was in college so I call myself a late bloomer. I started with street photography, it was my first love.

Your recent Pulga Series captures the beauty and culture of San Antonio’s flea market(s), what got you interested in this project?

I have been going to swap meets, flea markets, pulgas, tianguis, and other types of outdoor markets my whole life. I always find something that reminds me of my childhood at these market and I feel very comfortable shooting in them. San Antonio flea markets are a central space for the spanish-speaking, migrant, and Tejano community. It gives for a very rich scene of culture, music, colors, iconography, dance, families, and workers.

What did the process look like? Where did you go?

I started visiting various flea markets on the outskirts of San Antonio then decided to focus on Poteet Flea Mart located on the far south side. Aside from having hundreds of vending booths, I was interested in its ritualistic gatherings to dance and socialize, especially on Sundays. It was a 3 month process of going at least 1-2 times a week. I was known as the girl with the camera. I mainly shot portraits with my 50mm fixed lens which allowed me to get close to people. Often I had to build trust. Eventually, I rented out my own vending unit for $35 and set it up like a photo studio. I was inspired by one of my favorite photographers, Stephan Ruiz, when he did something similar in a Monterrey tianguis. With the help of a couple of friends, I would welcome people into my booth for a portrait.

In your description of the series you wrote “these people reflect people outside of pop culture’s visual consumption and ‘photogenic’ socialites.” Can you expand on this?

Countless people at the flea market would joke that if I took their photo “se va romper la camera / it will break the camera.” I grew up with this joke amongst my family as well but basically we are saying that we are ugly or unfit to have our photo taken. I think a lot of the Latin@s/Latinx communities are accustomed to being invisible outside of our own spaces. Most people were completely puzzled as to why I would want their portrait. I want to say we are image-worthy and beautiful despite the dismissal of our existence by mainstream media.

You also printed a selection of portraits from the series and wheat-pasted them outside. Where did you wheat-paste them and why did you choose to do this?

During my solo exhibition on this series, curated by Lady Base Gallery and r.l. rodriguez, I decided to wheat paste several images on the side of Alex Rubio’s R Space Gallery facing the street so that pedestrians and the public could experience some of the project without having to step inside the gallery. I have been doing several photo wheat pastes throughout San Antonio. Its an effort to make art and photography more accessible to the public and expose this work to people that are not in the “art scene.”

Lastly, what advice would you give other emerging photographers and artist who are trying to put their work out there?

I advise emerging photographers to stay consistent in their shooting, experiment, and look for ways to put themselves in uncomfortable situations. If you are comfortable, you aren’t learning. Also, look for constructive criticism and study the work of other photographers. Don’t feel discouraged if people aren’t noticing your work. You have to believe in it before anyone else can. 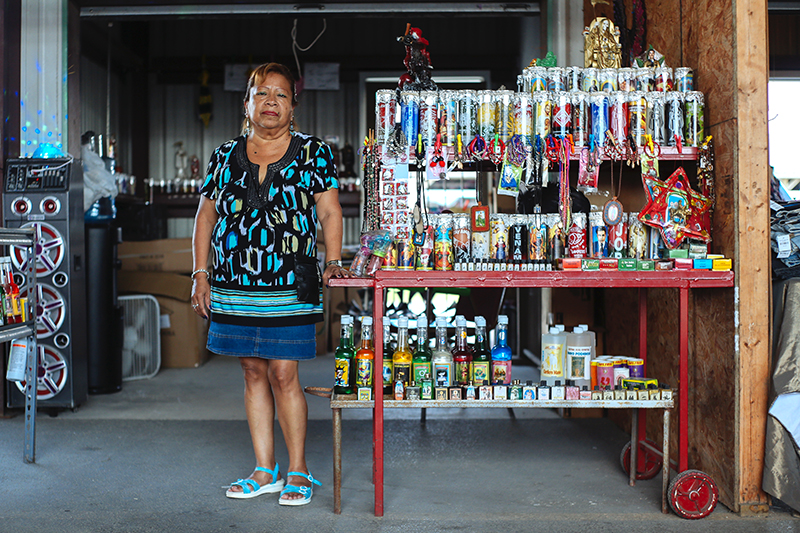 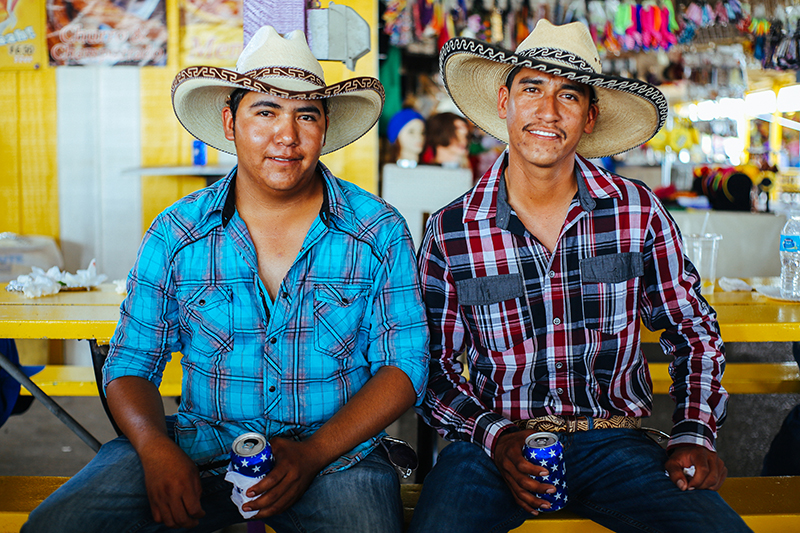 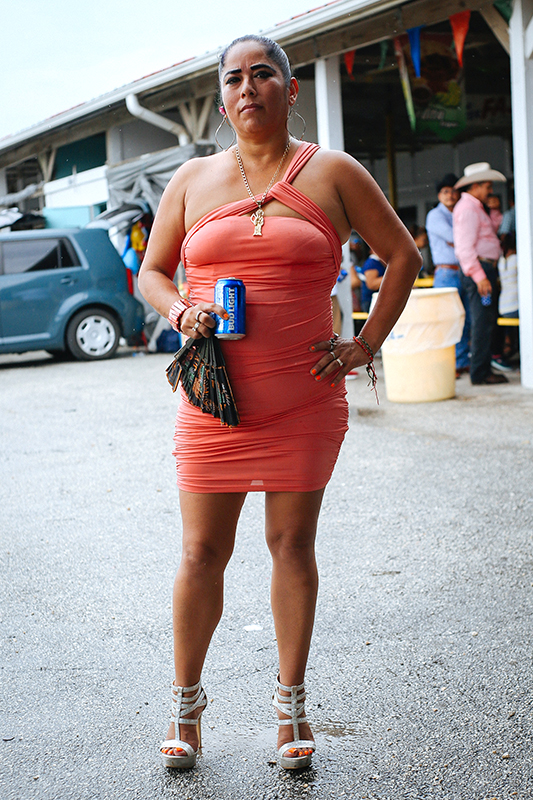 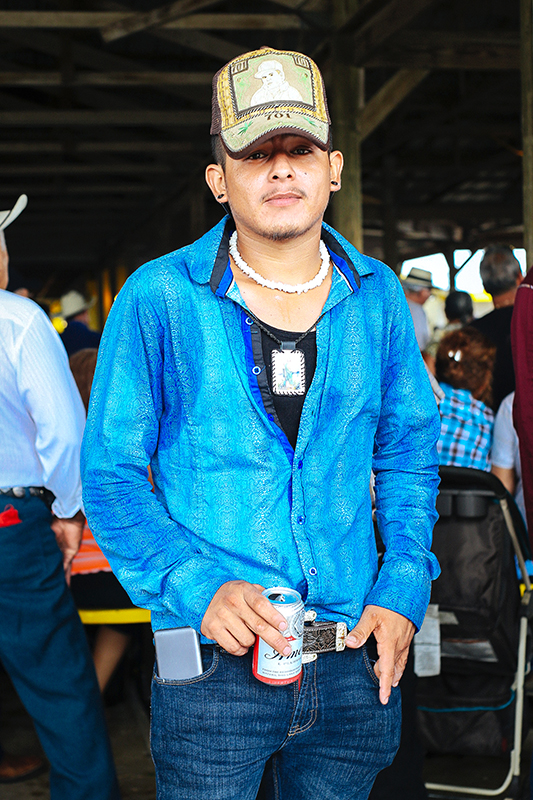