By Jhoni Jackson
12.07.17
Photo by Stephanie Segarra for Remezcla

Existing in a colony is to live in perpetual resistance. For Puerto Ricans, that struggle is as entrenched in the archipelago’s history – 400 years of Spanish colonial rule to the US takeover by military force – as the nocturnal chirps of the ubiquitous coqui. The latest of these transgressions, of course, happened after Hurricane María.

The tragically feeble recovery effort – a collaborative folly of federal and local failures – created the precarious conditions that caused a natural disaster to devolve into humanitarian crisis: The lack of basic resources, the worsened economic turmoil, Puerto Rico’s own government’s failures, and the hundreds of indirect deaths from causes ranging from medical inefficiencies to suicides to fires.

Resistance comes in many forms, including simply surviving. On the streets of any pueblo in Puerto Rico, one form of opposition is clearly visible — it is literally on the walls, and on any other surface within sight of passersby.

In Santurce, stenciled messages decry homelessness and criticize FEMA near an overpass where, along the busy interstate below, a massive wake-up call is impossible to ignore; in Río Piedras, the shutters of a long row of commercial spaces, many of them long since closed, are blasted with blunt condemnations of oppression, violence, and the US government. On the salmon-colored end of a residential building in the northern pueblo of Arecibo, where a few doors down squatters and stray cats make homes of a decaying first floor, there’s inspiration to mobilize. An hour west in Aguadilla, a faded advertisement across a community now boasts an arrow in its direction: It reads, “We need help.”

Some of these pieces appeared before María, at a time when the resistance against the austerity measures of the federally appointed Fiscal Oversight Board (known locally as La Junta de Control Fiscal) grew. (La Junta came into existence after Congress passed the Puerto Rico Oversight, Management and Economic Stability Act into law last to restructure the island’s debt.) Some pieces are credited to groups, like La Colectiva Feminista en Construcción, La Puerta, or Bemba PR. Others aren’t claimed; some emerged after the storm. The messages refer to various issues, but they’re all connected — and the selection below is actually just the tiniest of samplings of what is a island-wide resistance, all on daily display in virtually every municipality of Puerto Rico. 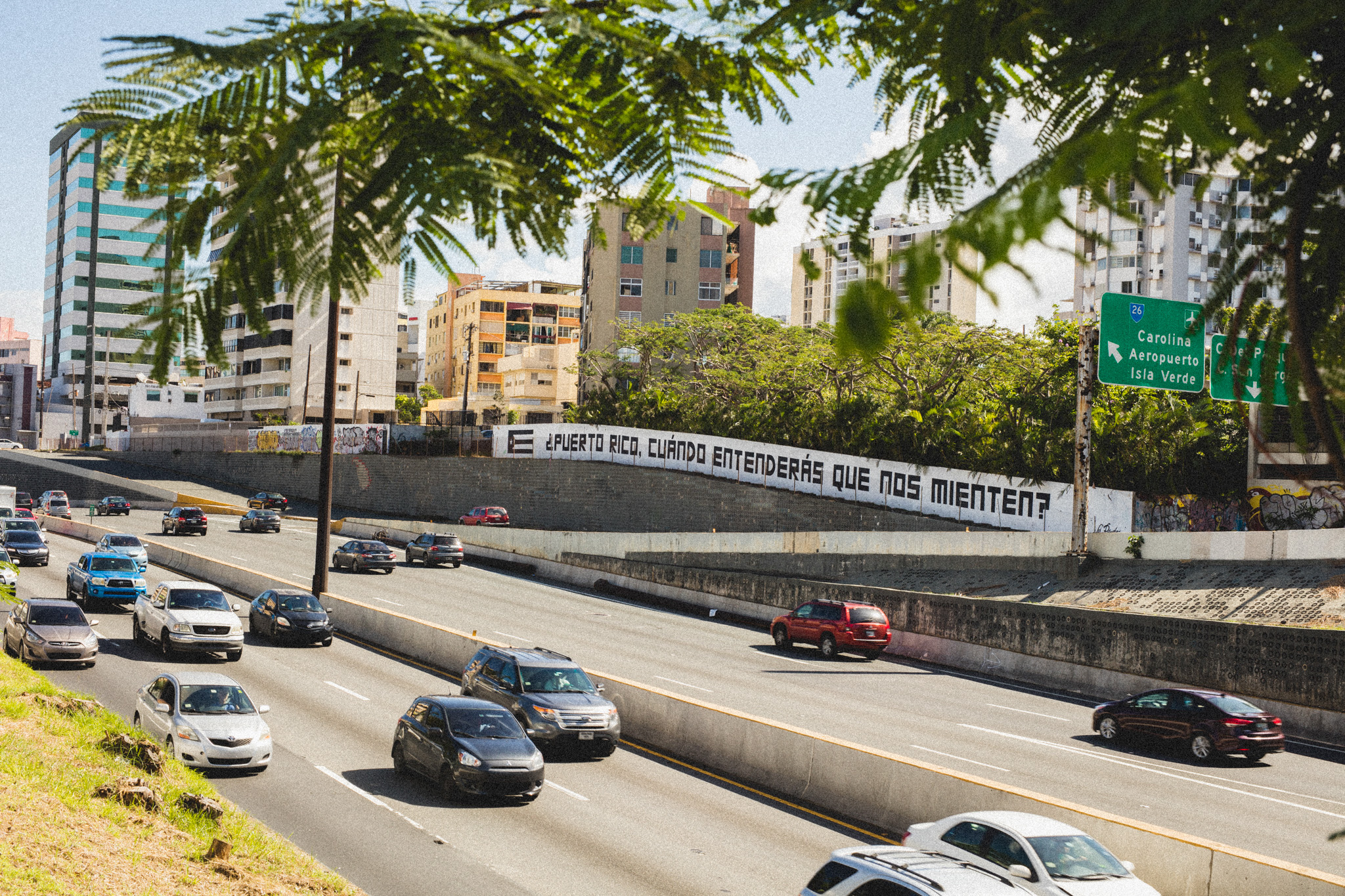