By Barbara Calderón
02.15.18
Photo by Itzel Alejandra Martinez for Remezcla

Striding to the front of the runway with a hammer in hand, a model shattered a plaster phallus jutting from a jock strap. With that, Bárbara Sánchez-Kane opened her second presentation titled Artesanal Sex Shop at this year’s New York Fashion Week: Men’s. But if you’ve followed Sanchez-Kane’s career, you know it isn’t out of the ordinary for the Mexican designer. Since launching her menswear label in 2015, Sánchez-Kane has smashed symbols of masculinity and blurred gender dichotomies, while also challenging the representation of Mexicanidad through her clothes and cast of models.

Sánchez-Kane, a Merida, Yucatan native, references a spectrum of political issues, including sexual oppression, machismo, homophobia, and gender violence. Though her brand has only existed for three years, she’s making waves in the fashion world with designs that pull from her experiences as a queer woman growing up in what she describes as an oppressive Catholic environment where “women are not often seen as [being] in touch with their sexual side.”

One thing you’ll quickly notice at a Sánchez-Kane show is that the models are mostly brown. Their features are those you don’t typically see on the runway. That too is a result of her upbringing in Mexico. “Beauty comes from everywhere,” she tells me. “In Mexico, they’ll say, ‘Let’s celebrate Mexicans’ and then you see two European-looking people on the cover.”

In an industry that remains overwhelmingly white and where neither casting agencies nor designers take the blame for the lack of diversity, Sánchez-Kane carefully casts those who will wear her designs at NYFW. This commitment doesn’t end on the runway; Sánchez-Kane also extends opportunities to other brown artists behind-the-scenes. Her production, design, and overall team are mostly talented Latinx creatives in their own right. Take her collaboration with Georgina Treviño, the Mexican jewelry designer created the penis earring septum chains and other sculptural accessories for the fall 2018 presentation.

As for the clothes, Sánchez-Kane presents masculinity as malleable. At this year’s show, she showed off school boy-inspired tailored suits, with deconstructed elements, such as cropped tops or shirts cut out at the breast. Other allusions to boyhood – such as the toilet paper squares splattered with blood bringing to mind the days of learning to shave – made an appearance. Everyone wore heavy lipliner, had pencil-thin eyebrows, and showed off kitsch accessories, including heart-shaped hair clips and leather coin purse keychains similar to those you’d find at Mexican mercados. Condoms covered one model’s hair buns, while others had side swept bangs gelled to their faces.

On the runway, two dancers in orange chaps and jockstraps danced around life-size penis sculptures and eventually with each other. The presentation had touches of Mexican culture throughout. However, none of it matched the way Mexicanidad is usually portrayed in the media – that means, there weren’t zarape-inspired fabrics or huaraches Free People tries to pass off as boho chic.

Instead, she’s using her platform to make a bigger statement. “I feel you need to use what you have to say something,” she says. “I’m using clothing; other people are using music, books, songs.”

In past collections, Sánchez-Kane has had models sport “Alternative Facts” moustaches and worn veils with the words “La Violencia de Género Mata Mujeres.” She’s also used the concept of “macho sentimental” to protest the idea that men shouldn’t be emotional. That idea has carried over into this collection, along with the notion that there are different expressions of gender. Many of her models do not fit under a rigid gender binary, and some of them are women, even though it’s a menswear collection. “Today everything is ambiguous anyway,” says Sánchez-Kane, whose closet is 90 percent filled with menswear.

Aside from taking on these major themes in her work, she’s also teamed up with photographer Dorian Ulises López Macías on the highly praised campaign H&M Loves Madero. Beyond fashion, Sánchez-Kane dipped into the art world last November for a fashion presentation about migration and displacement called, Vast Graveyard of the Missing, at the Institute of Contemporary Art Los Angeles. There, 2017 Whitney Biennial artist Rafa Esparza performed ‘Boots: Otra Mitad’ where mechanical boots with attached knives made by Sánchez-Kane stabbed oranges.

For many artists today, melding politics or social issues into their work is an easy way to garner attention, but for others, politics and art are inextricable. Everything seems to indicate that Sánchez-Kane falls in the latter category. Even her presenting at NYFW is a political action – one she hopes inspires others.

“For me, it gives younger Mexicans the opportunity to say, if this girl is presenting in New York, it is possible,” she says. “I was never born with a list of contacts in the fashion world. If you want it, you can do it. Be yourself. Do not follow other designers. Create your own world and invite people to be a part of your world.” 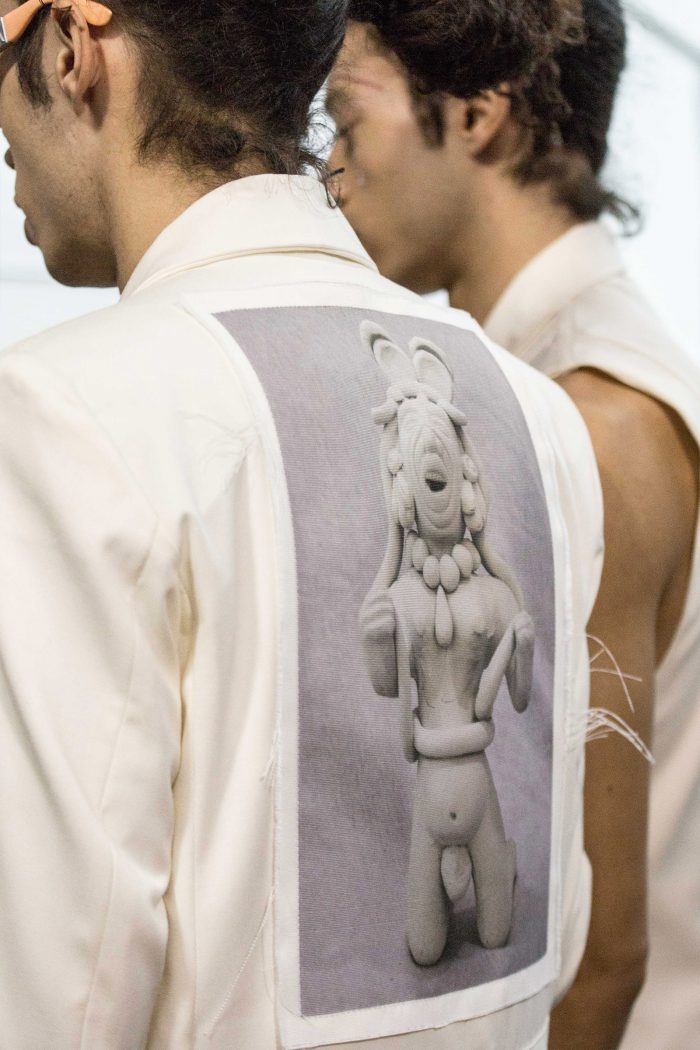 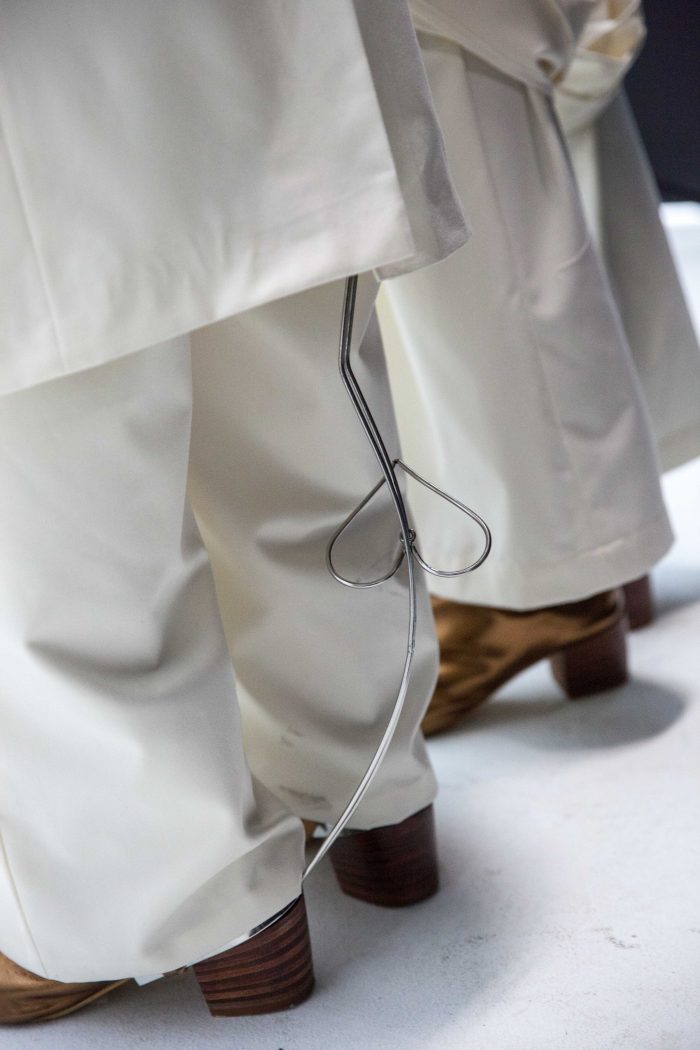 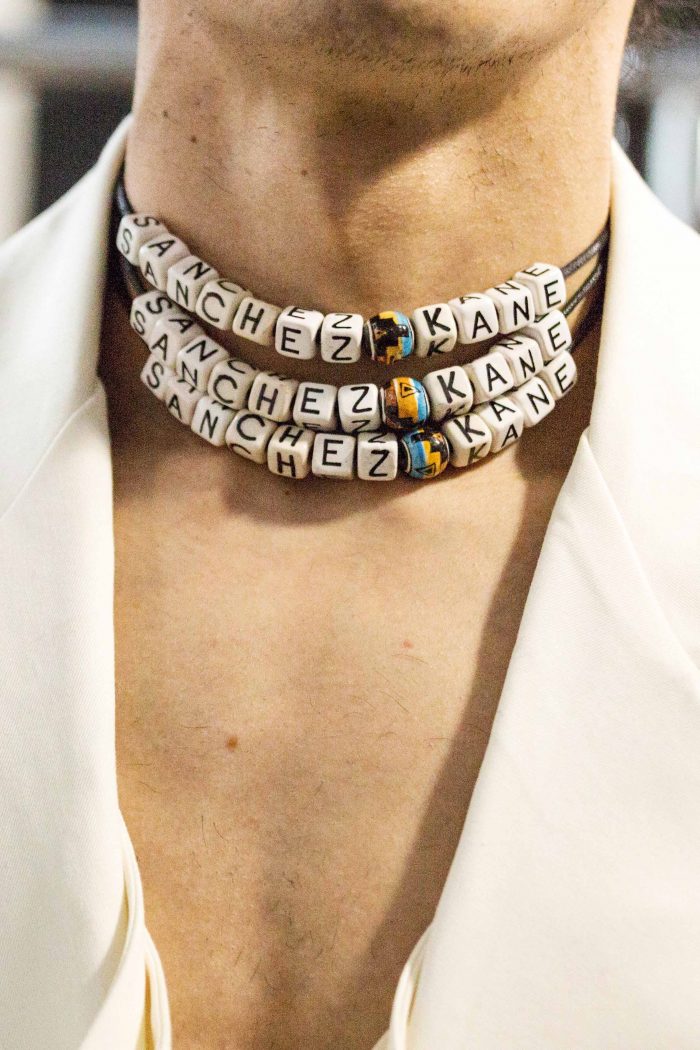 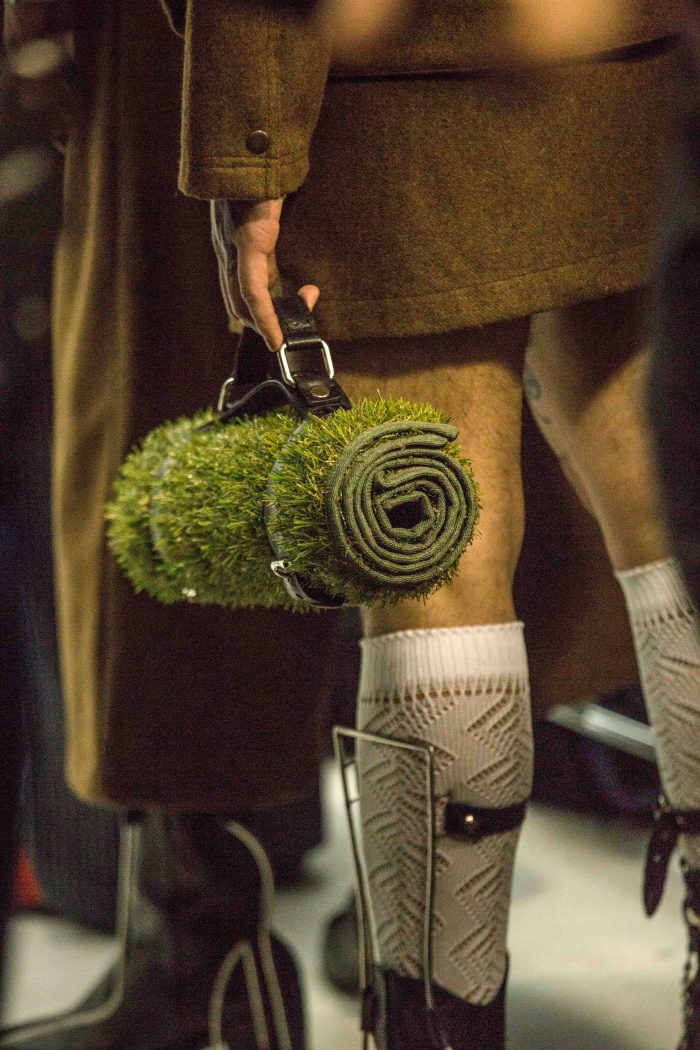