With a Database of 200 Latino-Owned Businesses, ShopLatinx Makes It Easy to Support Our Community
Search
Culture

With a Database of 200 Latino-Owned Businesses, ShopLatinx Makes It Easy to Support Our Community

Last summer, as more names were tragically added to the long list of the black lives lost to police violence and brutality, the African American community pushed for safe spaces. Solange Knowles, for example, decided to switch to a black-owned bank and released a list of businesses owned by people of color. “This directory is just one small act by which we hope to enrich our own communities, support the fiscal successes of our peers, and effect change economically as we highlight small and large businesses across the nation,” a July post on her site read. That same week, Afropunk published a similar list of “black businesses to support while we figure out ‘what the hell is going on.’”

“Literally, I found nothing, except for all these Business Insider-like reports on how Latinos spend.”

As this took root online, 26-year-old Brittany Chávez observed it all and yearned to find Latino-owned businesses she could support. “I tried to look it up. Literally, I found nothing, except for all these Business Insider-like reports on how Latinos spend,” she told me during a recent visit to the Remezcla offices. “And I found that we’re the most loyal demographic.” But she wasn’t after statistics. So she set out to create her own database of Latino-owned companies. On 50 Shades of Bae – a Facebook group that uplifts women of color – she asked the community members if any of them wanted their businesses spotlighted on her new Instagram account. The positive feedback she instantly received made her realize that it was more than just her who wanted a compilation of brown businesses. In mid-August, she launched ShopLatinx.

According to Brittany, she’s never lacked in creativity, but ShopLatinx is the first project she’s ever followed through on. She self-deprecatingly called herself a failure, but her sister – who accompanied her to lend support and eagerly listened in on the interview – interjected and denied this. Brittany explained that with a few credits left to earn her degree in journalism, she dropped out of college. She also quit her last job – digital marketing at a record label – because she wanted to do something she felt passionate about. So as she dedicates about 20 hour a week to her business, she also splits her time between Uber and Lyft and photography gigs. “I see so much potential in [ShopLatinx] that I would rather go through it now and try to hustle to make rent,” she said.

And while Brittany’s career trajectory may seem more like scribbles than a straight line, in six months, she’s amassed more than 7,000 followers, gotten on the radar of the Museum of Latin American Art, launched an accompanying website to make the online database more useful, and created a game plan to expand ShopLatinx’s reach. Though she hasn’t done it all on her own – the ShopLatinx team is eight members strong – Brittany’s the one who took the initial chance.

That’s not to say that her teammates aren’t go-getters. Raquel García, the co-founder of ShopLatinx, messaged Chávez on Facebook and expressed interest in working together. The two essentially started a business together before ever meeting face to face. 31-year-old García – an esthetician by day – saw ShopLatinx as a way to make a mark on the world.

“I wanted to make a difference in my community and had started researching ways to help locally,” García told me in an email. “But when this opportunity came my way I thought this may be a great way to do something on a national level.” As a bonus, Raquel had some of the skills Brittany lacked. “My customer service and business mentality are my strongest suits – having worked mostly in the retail and service industries,” she added. “I’ve also had the opportunity work with some amazing Latina business women who have taught me a great deal about how to run a business and the difficulty in it.”

What’s most apparent after speaking with the two women is that they both strongly believe in ShopLatinx. At the beginning of November, Brittany – who García describes as “a creative force” – pushed her team to think bigger. After several months of highlighting businesses on Instagram, she knew it was time to launch a .com. And it needed to be completed in two weeks so that people could use it in time for Black Friday. In 2016, Americans spent an average of $935.58 on gifts, food, cards, and postage during the holiday season, and Chávez wanted Latinos to have a piece of that pie. Money is often an indicator of what we value and support, and backing Latino-owned businesses is a simple way to show solidarity.

“We want it to be a platform where Latinos can talk about self care or wellness.”

The team met its deadline, something Brittany wholly credits to Breana Quintero, the director of creative operations, aka the woman behind ShopLatinx’s aesthetic. When the site went live, it featured a blog with six articles highlighting Latino-owned businesses. The blog side has made Brittany tap into her journalism background, but it’s also nurturing talent by giving novice writers a chance. As the writers and Brittany grow in their roles, the blog’s focus has slightly shifted. What first started off as a way to acknowledge business owners who haven’t landed in the Los Angeles Times or LA Weekly has become a space for discussion, where queer superhero America Chávez and our complicity in human trafficking have a place alongside profiles of Latino-owned businesses. “We talk about issues,” she said. “We want it to be a platform where Latinos can talk about self care or wellness.”

The Instagram account has followed suit. In February, the ShopLatinx account – then called ShopLatinxBiz – spotlighted the experiences of Afro-Latinxs for Black History Month. Dissatisfied with the lack of attention given to Afro-Latinidad, especially on platforms like Instagram, Chávez provided a space for those who rarely see themselves reflected in the media. 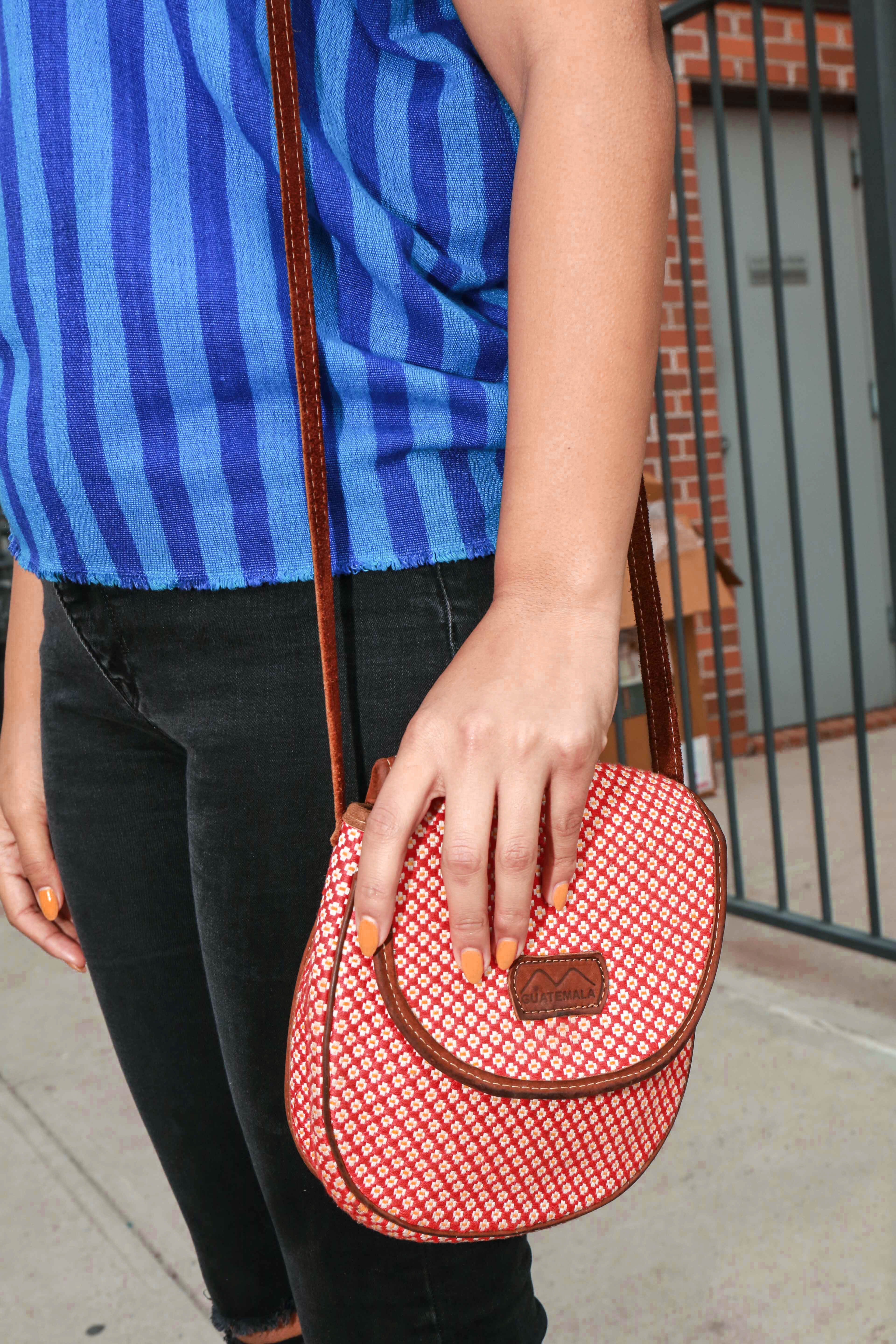 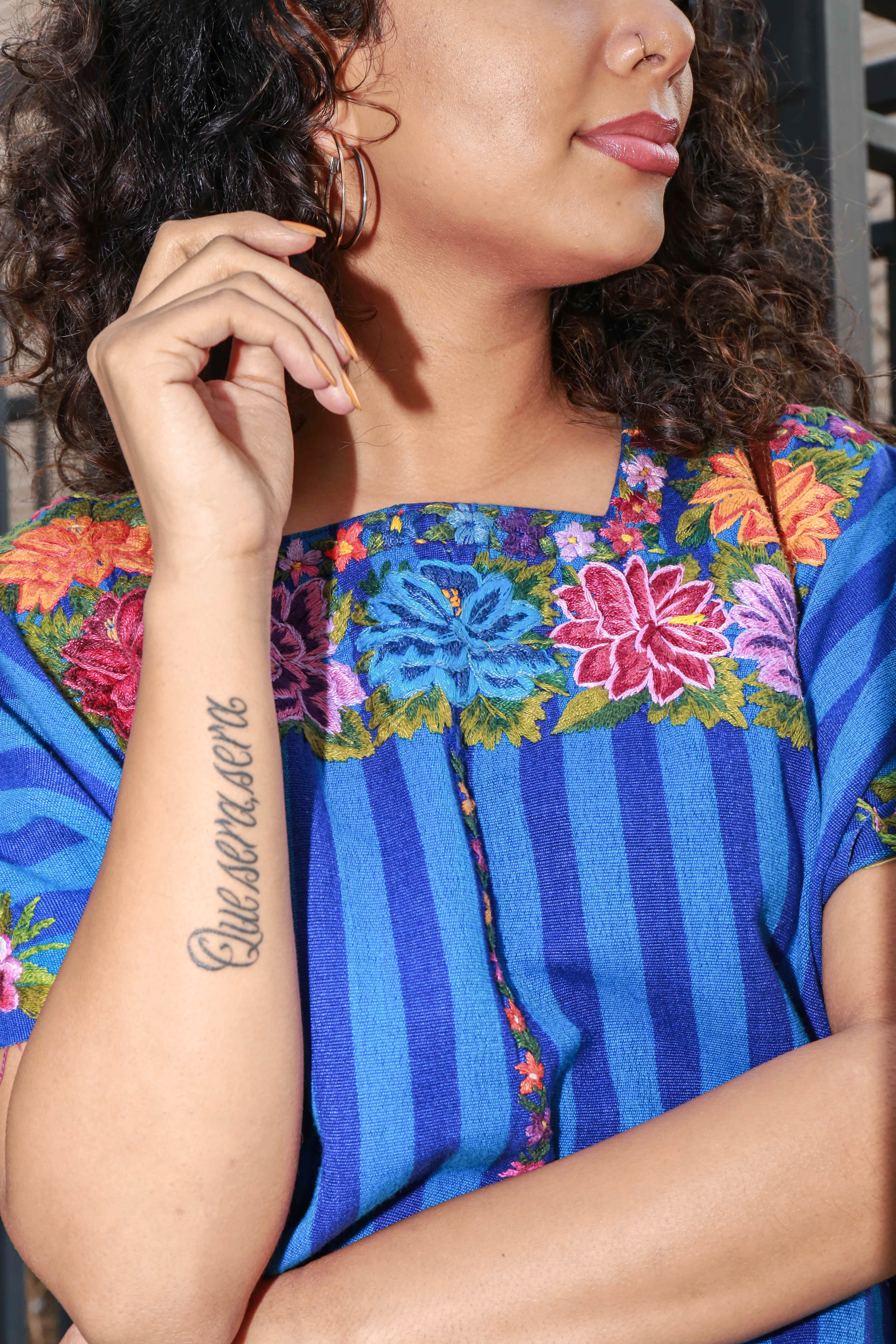 So far, Chávez and her team have seen overwhelmingly positive reactions, but they have yet to monetize ShopLatinx – typical growing pains for new companies. Chávez and García plan to turn to KickStarter to raise the necessary funds, but have also discussed many other options that could change the dynamic of their business, including buying wholesale from the retailers they feature and selling the items on an online shop or offering some of their design skills to help older business owners in Los Angeles revamp their look.

Regardless of what path they end up following and how the business evolves in the next few months or years, the team’s got one goal: to support Latino businesses. Companies like Nestle may cater to Latinos with products like Abuelita chocolate, but the damage that the brand has done to communities of color – especially with child labor violations in places like Thailand and Brazil – signify that they don’t have our best interests at heart.

ShopLatinx – which screens the businesses it highlights so that it doesn’t inadvertently promote racism, sexism, or homophobia – aims to be a one-stop shop for our community. “Before we look anywhere else, you could [turn to ShopLatinx] and see that we create amazing products,” Chávez said. “And we should go there to look for products before we give it to these large corporations that ultimately turn their backs on us.”