The Rise of a Trokiando Subculture Fueled by TikTok

By Itzel Alejandra
11.24.20
Art by Alan Lopez for Remezcla

Car culture has been part of the Mexican-American community since the mid-1940’s when lowrider culture emerged in California. Suddenly, more second hand cars became affordable to the community and, by the 1960’s, the first lowrider clubs made their way to Texas. Since then, Texas has seen a new subculture—widely known as Trokiando (cuh*)—emerge.

In Texas, people don’t only drive trucks, they cherish them. So, it’s no mystery why the Trokiando scene focuses on exactly that: trucks. Unlike lowrider culture, which values candy paint and going low and slow, the trokiando scene is all about burning tires in the donut pit with a slammed truck or a mamolona (lifted truck).

Trokiando, much like lowrider culture, comes with a lifestyle and community that extends beyond cars or in this case, trucks. Gen Z and late millennials have created a community that goes past state lines. With tools like TikTok, Instagram and Youtube fueling the lifestyle, young takuaches have created a whole new internet trend.

For those who aren’t familiar with takuaches, the literal translation is a possum but within the trokiando scene, it’s slang for people who have a modern ranchera/o aesthetic. You can find takuaches in everything from bootcut jeans and square toe boots or Jordans to gold chains with a fitted cap vs. a cowboy hat while dancing nuevo corridos, cumbias and tribal. There are various starter packs and even pinterest inspo boards to attain the takuache look. 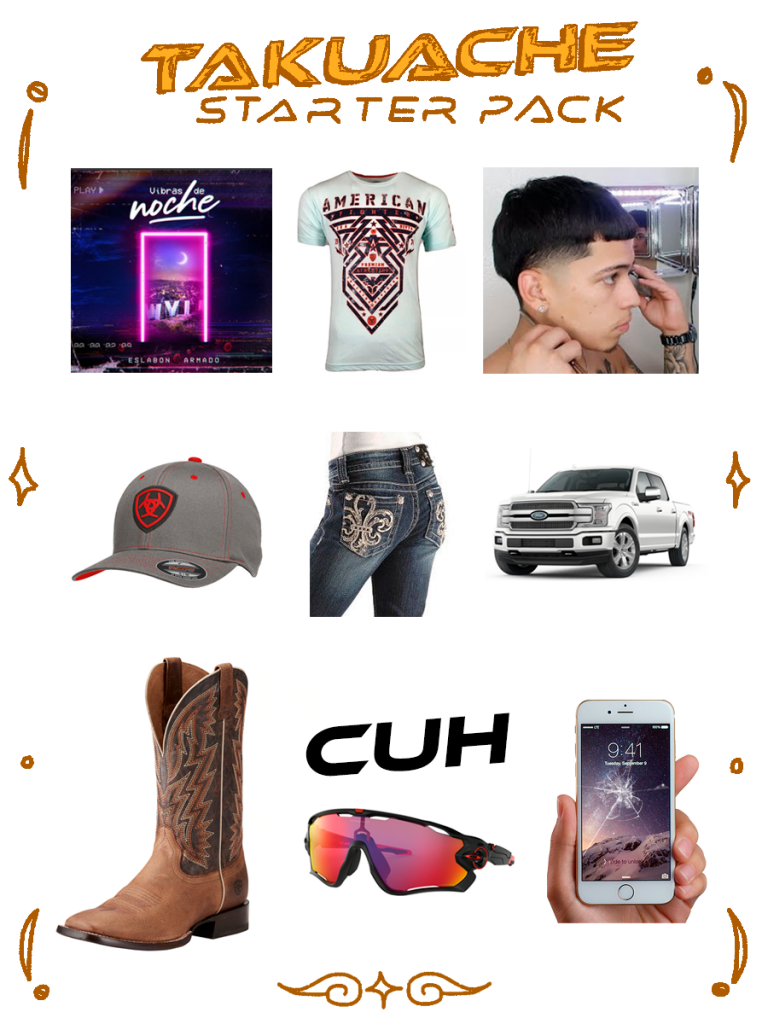 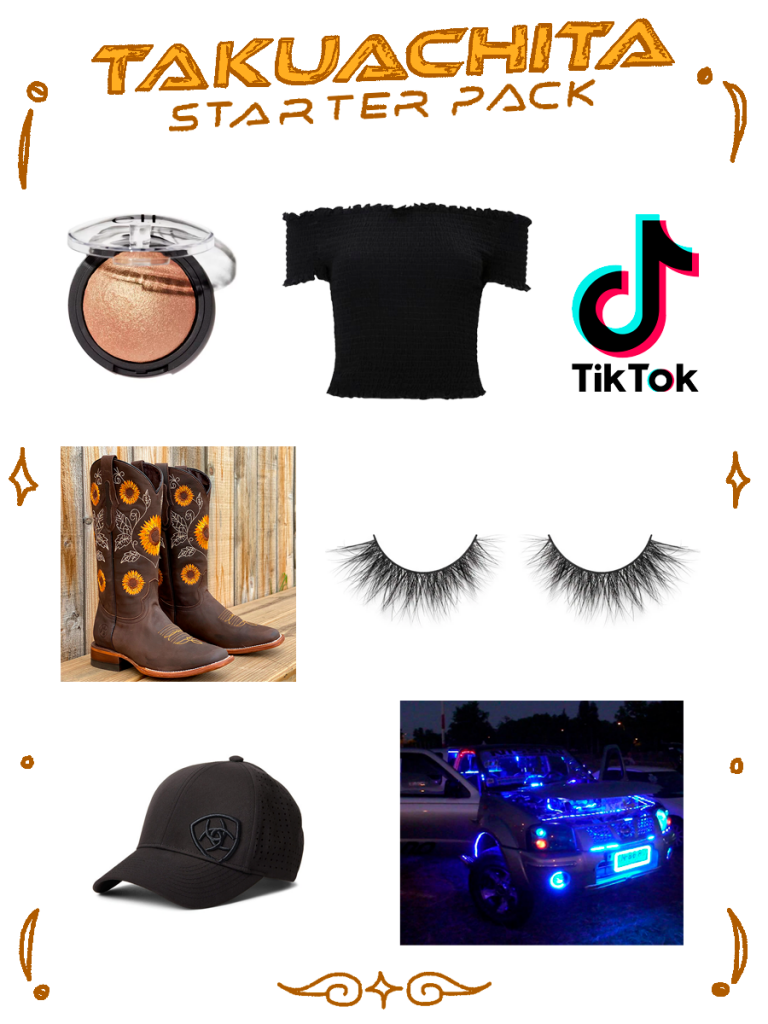 Videl Rodriguez is a 15 year-old from Odessa, TX who runs a social media account called Los Cuhh Official with 35 U.S.-based members who range from 15-19 years old. Esteban Guerrero, a 17-year-old from New York, is the leader of the group with members like @el_guero_mp who has 1.5M followers on Tik Tok, @b.dayanna who has 505.7K followers, and Texan members like @chrislovenike who has 259K followers, and @galvancillo2 who has 1.5M followers. Their joined account has helped each member grow collectively and individually on their social platforms.

The account is focused on everything trokiando—from memes about Edgars* and takuaches, to TikToks of members lip syncing corridos and, of course, videos of trucks. Rodriguez stated that Los Cuhh Official has high hopes for the future since they recently landed a deal with a major Spanish-language TV show and are also working towards having their own house to create content across social platforms.

The takuaches and trokiando trend has also been part of corrido music’s boom this past year. Songs like Grupo Firme’s “El Roto,” “El Guero” featuring Marca MP, Eslabón Armado’s  “Con Tus Besos,” and Natanael Cano’s “Amor Tumbado,” to name a few, have been on the top of the charts this past year and also had a significant lip sync rotation on TikTok.

Trokiando, much like lowrider culture, comes with a lifestyle and community.

Car culture is not new—we’ve had lowriders, Houston’s slab cars, burnouts and low and lifted trucks around before this subculture emerged. What is new is the culture that young, second-generation takuaches have created: It’s unapologetic about speaking spanglish, having internet friends, bumping corridos while cruising, wearing Jordans with boot cut jeans and putting it all on social media.

The must know terms if you want to be a takuache. 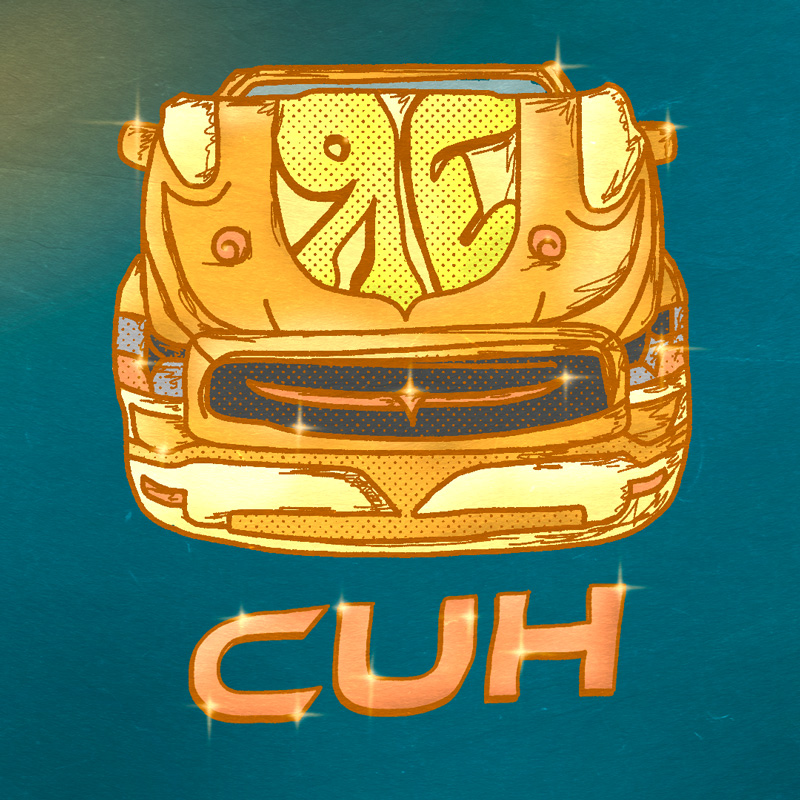 In this playlist you will find trokiando TikTok hits and the anthem El Corrido Del Takuache.