LOTERIA Told Through the Eyes of a NY Photographer
Search
Culture
In Partnership with:

Often described as the “Mexican Bingo,” LOTERIA is a traditional game of chance; its most distinctive features are the diverse images and icons on its deck of cards. Visually and intellectually engaging, the legendary icons are inspired by real life objects and characters. Having been passed down through generations, the origins of LOTERIA is one of immigrants – much like New York City.

Originating from Italy, LOTERIA made its way into Mexico in the 1770s, at the time of exploration during the reign of Carlos III, and were initially considered exclusive pastime activities of the aristocrats. The game eventually grew to evolve, and became accessible to the masses throughout Mexico – growing to become a national pastime. 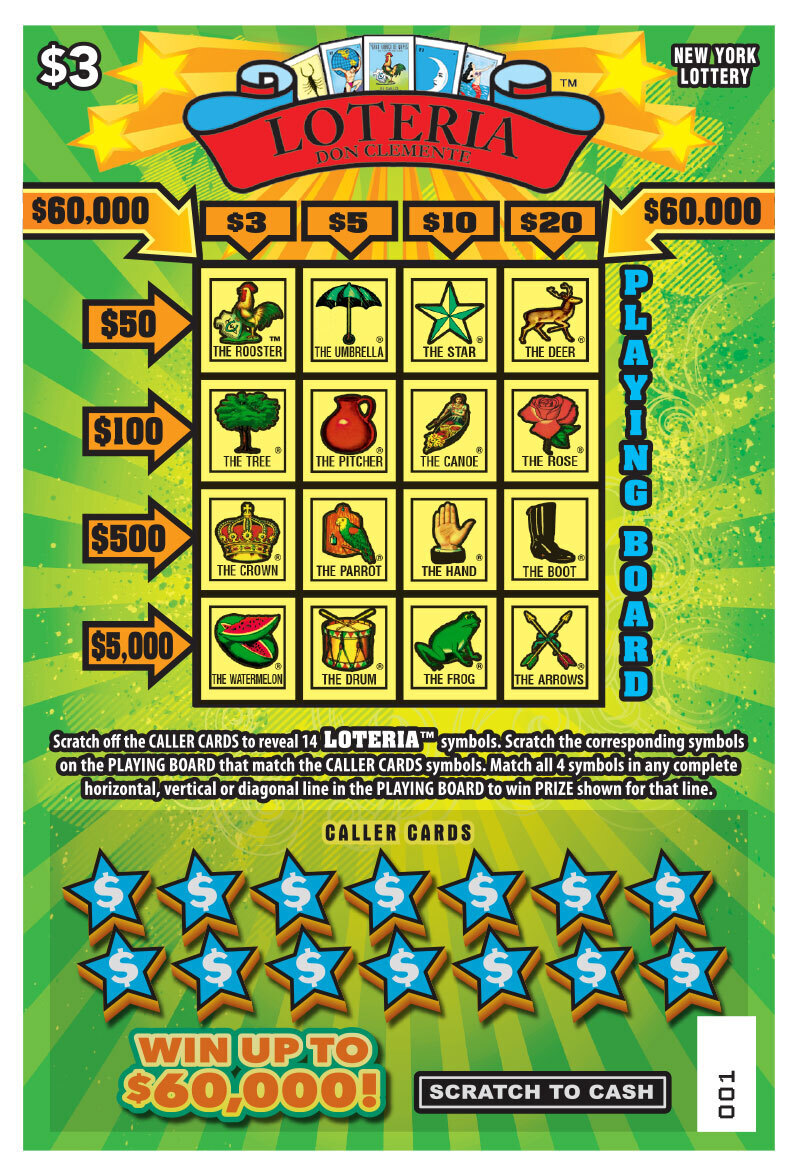 The rich culture and history of LOTERIA has inspired artists from across the Latin America diaspora to create their own reimagining of the game, among them is Latine street photographer Carmelo Valera. For Remezcla and The New York Lottery, Valera reimagined the legendary game by exploring his connection to New York City and creating a unique, cultural connection between LOTERIA and the city.

It all came together when Valera went uptown. The magic of the community in Spanish Harlem (or East Harlem) and Dykman, the embodiment and texture of the community were inspirational for Varela to capture moments and experiences that he’d interpret for the icons. No icon is related, and the community – from the people walking and shopping to the backdrop, the images taken within the community reflects the diverse icons of the LOTERIA game. 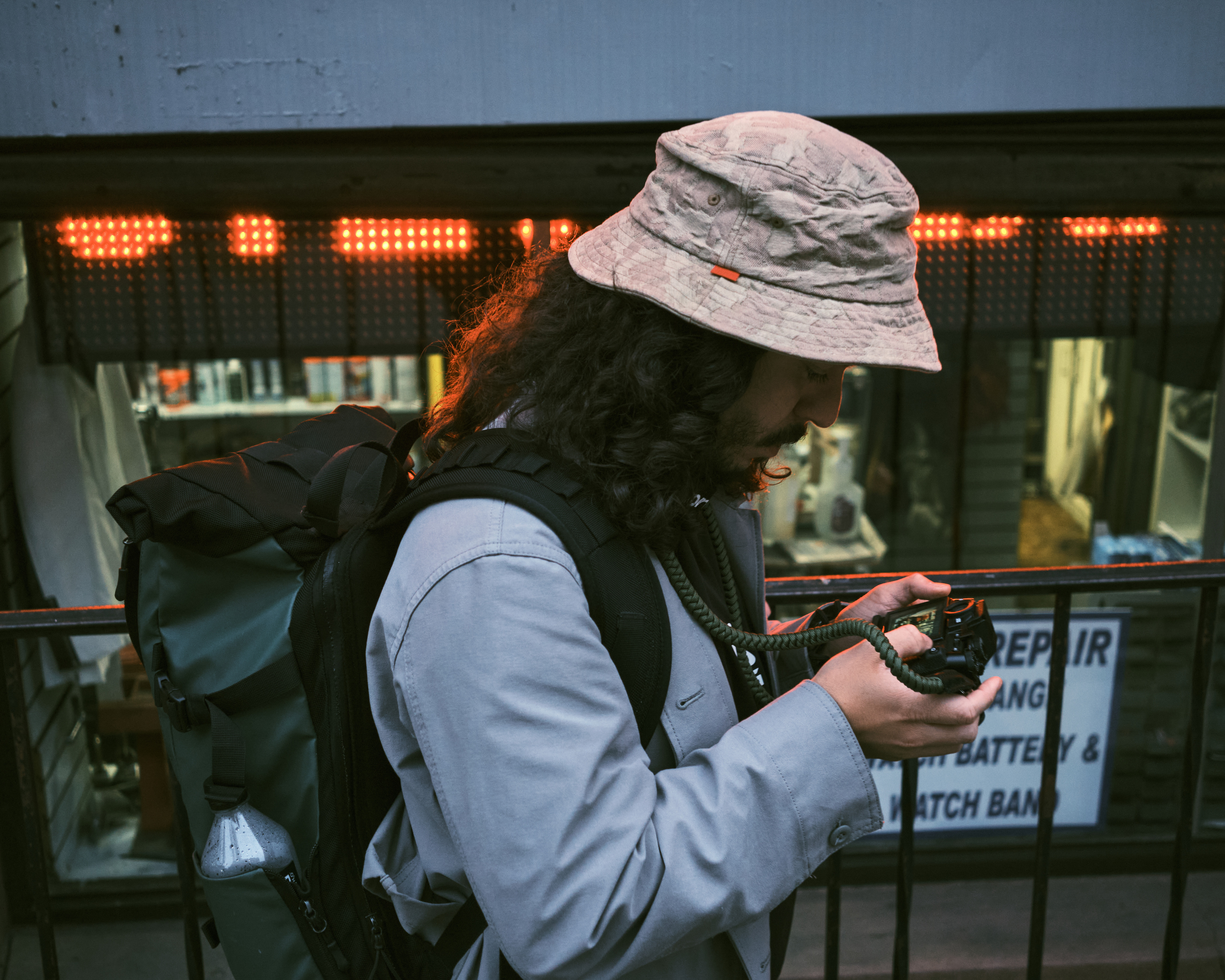 “I want to celebrate Latino culture, and it’s always in celebration of it. Even though times could be hard, and life could be rough, I think that the resilience that we have and the ability to bounce back no matter what is pretty phenomenal,” Varela hopes this project reflects a celebration of the Latine culture. He found his own power with the camera in the process through the connection with the people, a moment captured in time.

“Understanding that our culture is enough and we don’t have to change anything else is what I would highlight,” he said. No filters, no alternating, it’s his point of view on the subject matter.

Explore how Varela brought to life the legendary icons from LOTERIA by reinterpreting three icons from the LOTERIA™ Scratch-Off Game from the New York Lottery through the perspective of NYC Latine culture.

In the Latine community, food is an important aspect of our culture; it’s a cultural connection that represents an identity of a place that ties us to our roots. For his first icon, Varela chose to represent the icon of The Shrimp, captured through the community of Washington Heights.

El Camaron, or The Shrimp, was the first icon to capture Varela’s interest, one whose original meaning is based on not hesitating in life or you’ll end up being lost. Varela’s reinterpretation of this image is based on the hustle and bustle of the city – a trait he identifies with.

Varela told Remezcla his inspiration behind this shot, which was captured at a fish market in Washington Heights, was more on finding the perfect moment to take the shot; searching for when the story would come naturally. “Where you feel like an image is right in front of you, and you have to take that shot. That’s what it is. I was always searching for that decisive moment,” he explained.

If you grew up in New York City, most likely than not, you’ve seen buildings decorated with a flag of one’s homeland, or you, yourself, did. La Bandera, or The Flag, was the second icon to have caught Varela’s interest, one that has sentimental value to him. For Varela, The Flag represents the people of Puerto Rico and their struggles; no longer being just a symbol of celebration during the Puerto Rican Day Parade. The Flag is a symbol of resilience and perseverance in moments of hardships.

“It represented every person on the island and their struggles, their resilience to fight and overcome anything. If it’s a government issue or if it’s a natural disaster, [there’s] opportunities that are lacking on the island. Being young and yearning for more, and wanting to maybe move to the city and assimilate to this culture,” he shared. “Really defining that culture for me too. Being Spanish is not just eating rice and beans. It’s more than that.”

It’s about community. Varela shares that the meaning of a flag is more than just a symbol one uses during celebrations, it’s about the community that is built together and the sharing of hardships. It’s about learning about your own culture with an open heart and mind, and wanting to discover all that is involved in being a part of that culture.

A plant’s connection to the community is important; they provide us with food, fiber, shelter, medicine and fuel. The Latine community has always had a green thumb with our parents and grandparents growing their own gardens and plants in and around their homes. The third icon Varela shot is the icon of El Nopal, or The Cactus – a plant he deems both bizarre and beautiful.

The original interpretation for El Nopal is described as something beautiful that can sting you; it also holds the meaning of knowing what needs to be done to get what you need. The cactus as a plant is adaptable, developing mechanisms needed for survival.

Varela captured the uniqueness of the cactus in a little plant stand in East Harlem. “I love cactuses. [They] remind me of Mexico [and] Texas,” he shared. “This lady had a little stand in the middle of Spanish Harlem and she was selling plants, and I was like, Oh, nopal!.”

Including Guillermina, who was working the flower stand, in the frame with the cactus was something Varela thought would be “cool,” and really highlighted the story within the image. “It was really nice to include her in the frame as well. She was a really super nice lady, who just seemed really ingrained in the community and very knowledgeable about the plants itself,” Varela expressed. “There was this other lady that was like talking to her for a good while, the whole time we were there. She just stood by the side and kept asking her questions about the plants.”

PLEASE PLAY RESPONSIBLY.
You must be 18 years or older to purchase a Lottery ticket. Gambling problem? Go to NYProblemGamblingHelp.org, call the HOPEline 1-877-846-7369 or text HOPENY (467369). Standard text rates may apply.