What Is the Future of the Term Chicano?
Search
Culture

By Remezcla Team
04.11.19
Collage by Alan López for Remecla

Recently, the Movimiento Estudiantil Chicanx de Aztlán – better known as MEChA – made waves after local chapters of the group decided to drop the words “Chicanx” and “Aztlán” from their name. Given all the contentious debates going on online, Remezcla wanted to give people familiar with the organization, its mission, and its history a platform to weigh in on MEChA’s evolving goals and objectives. Below, check out three different perspectives about the name change.

Why MEChA Burned Out After 50 Years

When leaders of Movimiento Estudiantil Chicanx de Aztlán (MEChA) voted to change the organization’s name, some MEChA alumni claimed that by dropping “Chicano” and “Aztlán,” their history would be erased. But students are not fleeing their history or disavowing the struggles of past generations. The terms “Chicano” and “Aztlán” have always been disputed, meaning that today’s students are participating in the student organization’s practices of conscientization and self-determination.

In March 1969, with his preamble to El Plan de Aztlán, the poet Alurista effectively renamed the southwestern United States as “Aztlán,” the Aztecs’ homeland. This inspiring utopian vision stated that ethnic Mexicans couldn’t be foreigners within the US’ borders and drew attention to how they had been displaced and erased from US land and history.

Students are not fleeing their history or disavowing the struggles of past generations.

50 years ago, several student groups came together at a Santa Barbara conference to become El Movimiento Estudiantil Chicano de Aztlán: a collective mecha (matchstick or fuse). They were not “Mexican American,” but Chicano. They were not in California, but Aztlán. In the organization’s founding, Mechistas sought out names that better spoke to who they were and wanted to be. MEChA’s contemporary leadership is engaging in this same process.

Chicano/a/xs are a diverse group that has been divided over their name and platform since the 1960s. Santa Barbara steering committee member Anna Nieto-Gómez has observed that the Plan de Santa Barbara made little room for a large number of voices and visions. We too easily forget how internal contestation has been central to the histories of Latina/o/x activism. 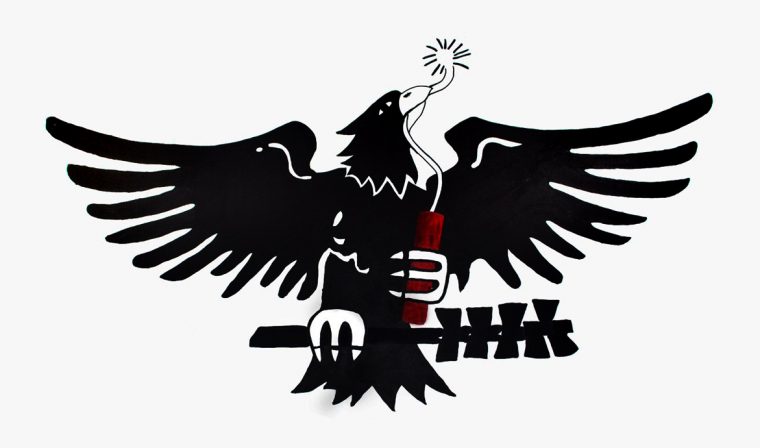 Even though some Indigenous ethnic Mexicans embraced it, Aztlán has long faced criticism, particularly from certain Indigenous populations in Mexico and the United States. Earlier generations have asked: Does Aztlán help or hinder solidarity with Indigenous non-Mexicans’ rights to land, sovereignty, and self-determination?

Appeals to Aztlán drew upon a Mexican nationalist revolutionary mythos that valued racial mixture – mestizaje – appropriating Indigenous imagery while opposing Indigenous rights, and excluding Mexicans of African and Asian descent. Alurista responded to already present critiques in 1972 with his Nationchild Plumaroja by being more gender inclusive and emphasizing Indigenous traditions rather than mestizaje.

Generations of criticism may have left the name MEChA too burnt out for today’s anhelos.

Struggles around gender and sexuality are also not new. Scholars Maylei Blackwell and Richard T. Rodríguez have described feminist Chicanas’ and LGBT* Chicana/o/xs’ creation of non-patriarchal and queer spaces within and beside the movement. Feminist newspaper Hijas de Cuauhtémoc was in print by 1971. While Cherríe Moraga said, “Aztlán gave language to a nameless anhelo inside me,” she also pointed out how the Chicano movement upheld heterosexism and the patriarchy.

Earlier generations can’t help feeling attached to a name that transformed their consciousness. Chicano scholar and activist Alvaro Huerta has movingly described how important MEChA was in his life. Having benefited from MEChA’s support of Chicano/a/x studies programs, I will also miss this historically important name.

Yet, generations of criticism may have left the name MEChA too burnt out for today’s anhelos. Students of today have learned from Aztlán’s contested history and embraced earlier generations’ quests for self-determination. They know that names are contingent, and utopias are always unfinished.

Jacqueline M. Hidalgo is associate professor of Latina/o Studies and Religion at Williams College. She is the author of Revelation in Aztlán: Scriptures, Utopias, and the Chicano Movement and the co-editor (with Efraín Agosto) of Latinxs, the Bible, and Migration.

What’s in a Name? Everything

With a portion of MEChA’s recognized chapters voting to erase “Chicana/o/x” and “Aztlán” from the organization’s name at the national conference at the end of March, there has been much debate over the meaning of the term “Chicana/o/x,” but the word “Chicana/o/x” is not the real issue.

Identifying as Chicana/o/x and the battle to name ourselves came from many struggles that many people fought and died for. The term Chicano has roots – roots that were part of a movement, roots that ground people who still fight for social justice. That’s what being Chicana – or Xicana, as I prefer to spell it – means to me.

The term Chicano has roots.

We have a responsibility to our communities because this term implies an ideology many of us live by, which is to fight injustice, increase opportunities for our youth through education, and address urgent community needs. I see how and why a Chicana/o/x consciousness is necessary even today. It is stated in the Plan de Santa Barbara that Chicana/o/x people do not seek assimilation or to be accepted by the dominant society. Instead, Chicana/o/x people seek self respect and pride to help guide them to do the work inside and outside our schools.

There is nothing inherently “bad” about the term. I have been a part of many groups. And I know like any organization or institution in US society, the problems that need to be addressed by members of these groups often mimic the issues that arise in society as a whole.

Being Chicana/o/x is what grounds many of us and gives us the strength to keep fighting for a better tomorrow.

I myself came to MEChA as a community college student who had been placed on academic probation and dismissal my first year of college. I was struggling working three jobs when I ran into an old friend. She told me to come sit with her, a new professor, and a group of students at a bookstore. I was embarrassed to go after having failed out of school. I ended up joining MEChA that day and enrolling in Chicano Studies classes and it changed my trajectory. I have since taught Ethnic Studies at the community college, university, and graduate school levels. I now teach high school Latinx Studies and even taught middle school Chicanx Studies during the summer. If it weren’t for MEChA and the people in it during community college, I wouldn’t be where I am today. I now hold a Ph.D. in Educational Leadership and Policy Studies and although I’m told I could be doing something else, I believe our degrees mean little if we are not using them to open doors for those who come next.

I know who I am and that is what gives me the strength to get up every day to do the work that is still needed in our communities. That is what being a Xicana is to me and many people. Erasing the words is erasing the struggle because it erases the very foundation of the organization’s history that is embedded in a specific political consciousness and ideology. We all need roots to grow. Being Chicana/o/x is what grounds many of us and gives us the strength to keep fighting for a better tomorrow.

Irene Sanchez is a Xicana, Mama, Educator, Poet, and Writer. She is a Latinx Studies High School Teacher in the San Gabriel Valley of Los Angeles County and Humanities/Education Faculty at Bard College Los Angeles. She blogs at www.xicanaphd.com

To The Youth Who Voted to Change MEChA’s Name: Thank You

As a MEChA alumni who has been in the struggle with you for the better part of the last decade, I know this moment was a long time in the making.

MEChA, in its current form, erases the continued existence and contributions of non-Chicanx members.

During my time, calls for inclusivity and progress were relegated to individual chapters, as they were often met with resistance on a national level. But your generation easily committed to the excision of the nationalism that has been detrimental to any sustainable inter-community coalition building.

While some find our Chicanidad a point of pride, its utility must be consistently reevaluated if it is to remain a fruitful political identity. A part of this evaluation is a reckoning with our history and, more importantly, a commitment to repair the damage a misguided political compass has wrought upon communities over which we have structural power. That’s why it’s commendable that current members of MEChA unanimously decided that de-centering Chicanismo from its praxis would be essential to its survival as a force of radicalization.

If the org is to continue being relevant, it must adjust to our growing community consciousness and reflect the fullness of its membership and diversity of its contributors throughout history. For as much as the detractors of the name change claim that this evolution erases history, they fail to recognize how MEChA, in its current form, erases the continued existence and contributions of non-Chicanx members. Thus, a name change would not erase the work of Chicanxs past, but ensure that the organization’s present respects the labor of all its membership.

The perseverance and unity you have demonstrated in the face of criticism must be applauded.

I know this decision could not have been easy. You had to weigh the opinions of alumni against the desire of the current membership to build a better future for this autonomous student organization – all while dealing with its inherent messiness. The perseverance and unity you have demonstrated in the face of criticism must be applauded.

That said, a name-change would be nothing but an optics measure if not paired with tangible change to the organization, lest you risk repeating the mistakes of your predecessors. This must include abandoning racist “raza” rhetoric, centering marginalized voices within our community, and committing to a radical praxis that works with and for the liberation of our communities, not the complacency and assimilation many before us have bought into. I trust that this (last?) crop of Mechistas will make the type of choices that their successors will not have to clean up.

While the name change means that the wick metaphor is gone, I am certain that the momentum you’ve sparked will light the way for future generations.

Ruben Angel is Southeast LA’s prodigal child, a part-time socio-cultural critic, part-time comedian, and full-time chismoso. He posts about social justice at Facebook.com/QueerXicanoChisme and overshares on Twitter at Twitter.com/QueerXiChisme.