Carlos Hupoy was 24 years old when he and his family moved from Cuba to the U.S. so he could pursue his dream of becoming a dancer. While the ballet is a much respected art in Cuba, Hupoy said the country’s tough economy was holding him back. He also felt there was no room for growth if he joined a dance company there.

Over the last nine years, Hupoy, who trained at the Escuela Nacional de Arte in Havana, has been making a name for himself in the dance world. His longest stint in a company was with the San Antonio Ballet, where he performed on stage for five years.

Although he was happy there, Hupoy said he could not pass up the opportunity to audition for the Les Ballets Trockadero de Monte Carlo, a New York-based, all-male, drag comic ballet company that combines the technical aspects of ballet and the humor of a Vaudeville show to present a full range of classic and modern dances.

In the new documentary Rebels on Pointe, director Bobbi Jo Hart follows the men who are a part of this dynamic and diverse ballet troupe and tells their individuals stories of passion and perseverance that earned them a place in the group. Hart also explores the history of the Trockaderos, which started in 1974 on the heels of the Stonewall riots.

In the ballet world, “on pointe” (or “en pointe”) is a classical ballet technique where a ballet dancer supports themselves on the tips of their ballet shoes while dancing with their body extended.

Hart uses cinéma vérité techniques to put herself in the middle of the action behind the scenes of the ballet for an intimate look at the way the men work. She also sits down for one-on-one interviews, including with Hupoy, to discuss their hopes and dreams and what a company like the Trockaderos means to each of them.

In Hupoy’s sections of the film, he opens up about leaving his home country, his mother – who was a ballet dancer in Cuba – and how being a member of the Trockaderos allows him to be himself without worrying about what others think.

During an interview with Remezcla, Hupoy also talked about traveling around the world with his husband, who during the making of the documentary was a member of the Trockaderos; how femininity has nothing to do with ballet; and how he felt the first time he put on makeup for a drag show.

Rebels on Pointe is available on DVD, Amazon Video and iTunes.

On Joining the Trockaderos and Dancing on Pointe

It’s different work. We get to do female roles and have a lot of fun with it. I remember my mother dancing when I was little. She’s the one that helped me a lot with the pointe work. It’s different when men do pointe work than women because we have different bodies.

On Whether Femininity is Important in Ballet

Being feminine has nothing to do with ballet. I think men and women ballet dancers are equal. I’ve been in the ballet world for many years. If your feminine or not, that’s your own business. You can be a doctor or a boxer and be feminine, too. It doesn’t matter.

On Incorporating Comedy into Ballet

It’s more fun to do it like that. In a regular company, sometimes you get so stressed trying to do it perfectly. I’m not saying that in this company you don’t have to do the best you can, but it’s different. You can play with the role and see what you can do with it. You can play with your character. It’s not all about technique. 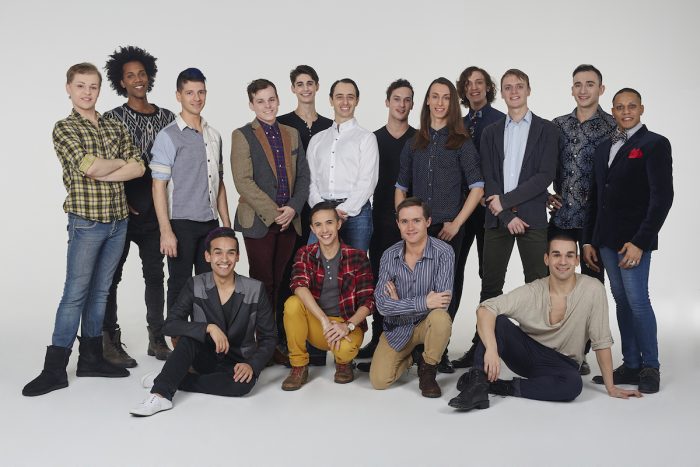 On Dressing in Drag for the First Time

The first time I put on makeup, I thought, “Oh, I look so pretty!” I had never done a drag show before. When you first join the company, the dancers who are already there teach you a little bit, but then you have to go on your own and see what you can do yourself. At the beginning, it’s a little hard and it’s a mess. You also have to do your own wigs and tutus and everything. It’s crazy, but after many years, you pick up skills. It takes time. It’s never perfect, but through the years, you learn what you can do with your face.

On Having Two Trockadero Characters

One is named Innokenti Smoktumuchsky. He’s the male character. The other is Alla Snizova, who is just me but in female form. The company gave me those names, but you can do your own interpretation of them. It’s easy to play with all these jokes and characters, but at the end of the day it’s just you on stage. For me, when I get on stage, I erase everything and just try to develop that character for each show. 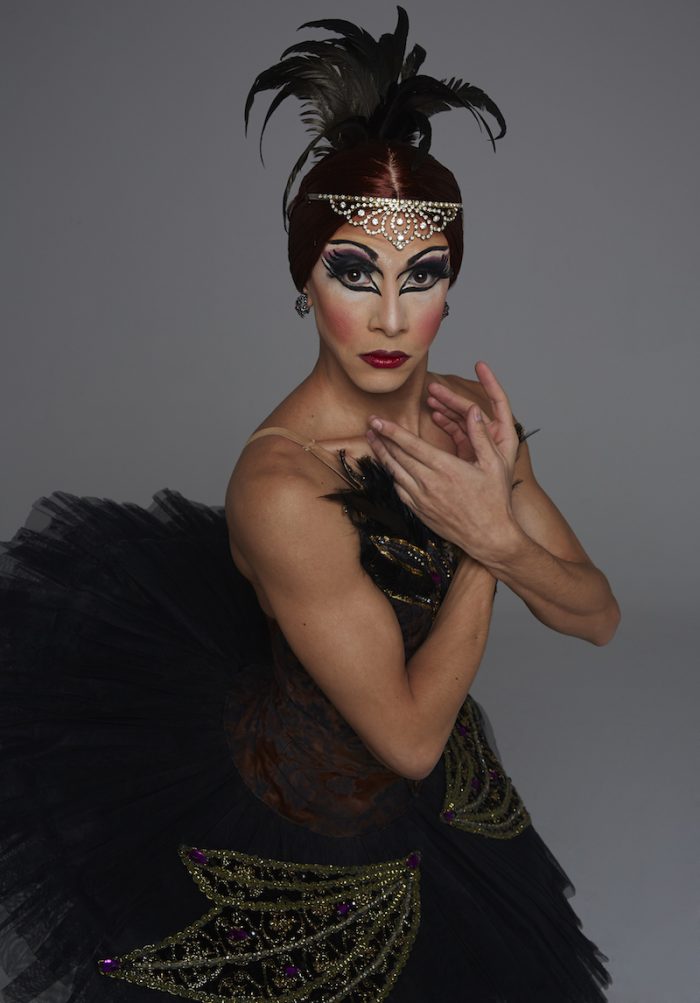 On Traveling Around the World on Tour with His Husband

It was amazing being with the person you love and working with them and traveling together. Everyone that has the opportunity to do that should do it and enjoy it. He’s not in the company right now. He wanted to do something different. It’s hard to go on the road without him. I miss him so much. But you have to follow your dreams and that’s what we’re both doing. At the end, we’ll always be together.

On Being One of Three Latinos Currently in the Company

The others are Roberto Vega and Giovanni Ravelo. Roberto is from Puerto Rico and Giovanni is from Colombia. We hang together. The connection is different with us. We kind of think alike and have the same taste. We talk Spanish to each other. So, it’s different. But the company is like a family. We all get along together.

On What He Hopes Viewers Take Away from the Documentary

I hope they see that ballet is fun and that it’s for everybody, not just girls and women. Everybody can be a dancer. They have to train really hard and be very disciplined. If you want to be a dancer, you can be a dancer.

On Which He Relates to More, the Black Swan or the White Swan

I’m more like the white swan. I’m a sweet guy.