By Manuel Betancourt
04.14.20
Andy García and Eva Longoria in 'Flipped.' Courtesy of Quibi.

Quibi’s new comedy Flipped combines two things that belong to two very different genres: home renovations and cartels. The former, of course, is a staple of contemporary reality television where “demo days” and talk of subway tiles are unavoidable. Watching the likes of Chip and Joanna Gaines in HGTV’s Fixer Upper is comfort TV at its best. Cartels, on the other hand, are synonymous with gritty dramas, rife with violence and high-stakes action sequences. Yet in combining the two Flipped manages to create a very funny comedy about a pair of fixer upper-wannabes who end up designing renovations for cartel bosses in Mexico.

The show may be centered around Cricket (The Mick‘s Kaitlin Olson) and Jann (SNL‘s Will Forte), whose own self-delusions land them in hot water with a Mexican cartel boss, but it is the talented Latino cast around them that makes Flipped sing. First there’s Arturo Castro as the boss who first decides to use Cricket and Jann’s home renovation skills to his own advantage and then, as if to drive home the point that this isn’t your normal cartel show, Andy García and Eva Longoria show up as the couple’s new “clients.” To see Longoria flex her comedy muscles alongside García, who is suave coolness incarnate, and to see them play straight men to Olson and Forte’s broadly drawn characters is a joy.

For Longoria and García, signing on to Flipped was a given. For García it began with a call from Jeffrey Katzenberg (the mind behind Quibi). And, as he told Remezcla over the phone, he didn’t need to think much about it. “I read the material and the people involved were very funny. Will and Kaitlin and then, of course, Eva — when her name popped up right away to play my wife, I said, ‘She has to! She’s in my contract!’” This is their first small-screen collaboration after working together on A Dark Truth and For Greater Glory: The True Story of Cristiada.

For Longoria, who’d directed Olson in several episodes of The Mick, working with the talented comedian was a joy, an opportunity she couldn’t pass up. “I love Caitlin. She’s just one of my favorite comedians. And so it was fun to just be in her comedic presence and, you know, Will, he’s just a genius.” But arriving on set and seeing so many familiar faces was a welcome bonus. “You know,” she told Remezcla, “then I got to set and it was like, Oh Arturo is here! Oh Carlos is here! I was pleasantly surprised. I think they just gathered some of the best funny people around and it was just a no-brainer to have that cast with this material.”

Moreover Flipped gives these Latino actors different notes to play. Playing a high-powered cartel couple who live in luxury in a beachside mansion, García gets to indulge in some musical comedy while Longoria gets to play the kind of deliciously cutting comedy she first honed during her run in Desperate Housewives. It’s a chance to see characters beyond whatever stereotypes are usually presented in cartel shows.

The show, which is all about home renovation, arrives at a time when many of us are stuck at home — and maybe even wishing we could have remodeled some stuff before we did. Thankfully for García, the two-year home renovation he just went through was over just in time for him to spend his self-isolation time happily watching Masters Tournament reruns.

Longoria, on the other hand, is always itching to change things up in her house though she admits she gladly leaves much of the interior design to her husband. Instead, she’s found herself cooking a lot more and watching what’s arguably become the TV event of the crisis: Tiger King: “I can’t decide if it was a waste of my time or genius.”

Flipped, thankfully, should prove less divisive. Its high concept comedy is a perfect short form distraction you can access just in the palm of your hand.

Flipped is now available on Quibi. 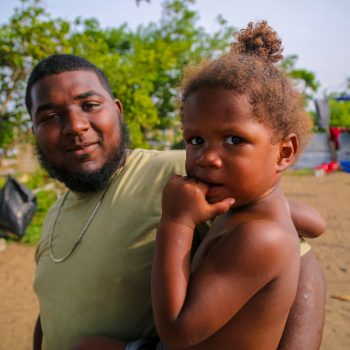