Nelson George on Hip-Hop Series ‘The Get Down’: You Couldn’t Do This Show Without Latinos

By Vanessa Erazo
08.12.16
Photo by Itzel Alejandra Martinez for Remezcla.

Netflix’s new musical series The Get Down has a clear purpose: it’s an origin story. Baz Luhrmann uses his signature opulent visual style to paint a picture of New York in the late-’70s when disco was on the brink of death, and hip-hop began to emerge from the ashes of the burned-down neighborhoods of the Bronx.

Some were hesitant that Luhrmann could pull off an authentic portrait of the era. After all, what could this Australian-born white guy know about the birth of rap music? Well, he knew enough to surround himself with icons of hip-hop’s past and present. Grandmaster Flash and Nas signed on as Associate and Executive Producers, but his biggest get was Nelson George. The music critic and author of Hip Hop America is the one of the genre’s unofficial historians.

It’s George’s expertise that steered this luxury liner (budget estimates put it at $120 million for the twelve-episode first season) in the right direction. His duties as Supervising Producer ranged from writing scripts to being on set when shooting the massive dance numbers and paying close attention to small details like slang and costumes, that everything matched what things were like in 1977.

Alongside the show’s young cast and his creative collaborators like Luhrmann and Nas, while mingling on the red carpet at Lehman College the night before the show’s release, George asserted that holding The Get Down premiere in the Bronx was a “no-brainer.”

When asked about the decision to include Latino characters in the show, he answered as any hip-hop aficionado should: “You can’t do the Bronx in the ’70s without salsa, without Latinos. They’re part of hip-hop: Charlie Chase, Cold Crush Brothers, all of the great dance crews and dancers.”

George went on to explain that any doubts on the part of the Latino community were dead wrong. “It was always gonna be there. I don’t know who got that idea that you could do this show without that. I’m just saying, whoever thought we were trying to do the show without representing Puerto Rican culture, they just didn’t understand. I wouldn’t do that.”

The movie-length opening episode of The Get Down is a testament to the fact that Nelson George is a man of his word. In it, we’re introduced to the young protagonists: Mylene Cruz (played by Herizen Guardiola), the Puerto Rican pastor’s daughter who wants to be a disco singer despite her father’s strict wishes to only sing church music, and Ezekiel Figueroa (played by Justice Smith), a sensitive black kid who will eventually find fame as a rapper but who’s currently lovesick for Mylene.

Mylene’s parents (Giancarlo Esposito and Zabryna Guevara), her uncle Francisco Cruz (Jimmy Smits), and a handful of friends round out the Latino characters. There’s also hints throughout the first episode that Ezekiel, whose parents are no longer around, is part Latino.

Giancarlo Esposito, like his character Pastor Ramon Cruz, shared his own gospel, that of The Get Down‘s commitment to the boogie down Bronx. “The Latino community should be very, very proud of this piece. The fact that we shot mostly in the Bronx. Baz Luhrmann and Netflix did an incredible job in allowing the community to be part of the show. All of the extras, many of the actors are Latino and are all from this part of the world.”

Take a look at our photos from The Get Down‘s red carpet premiere below. 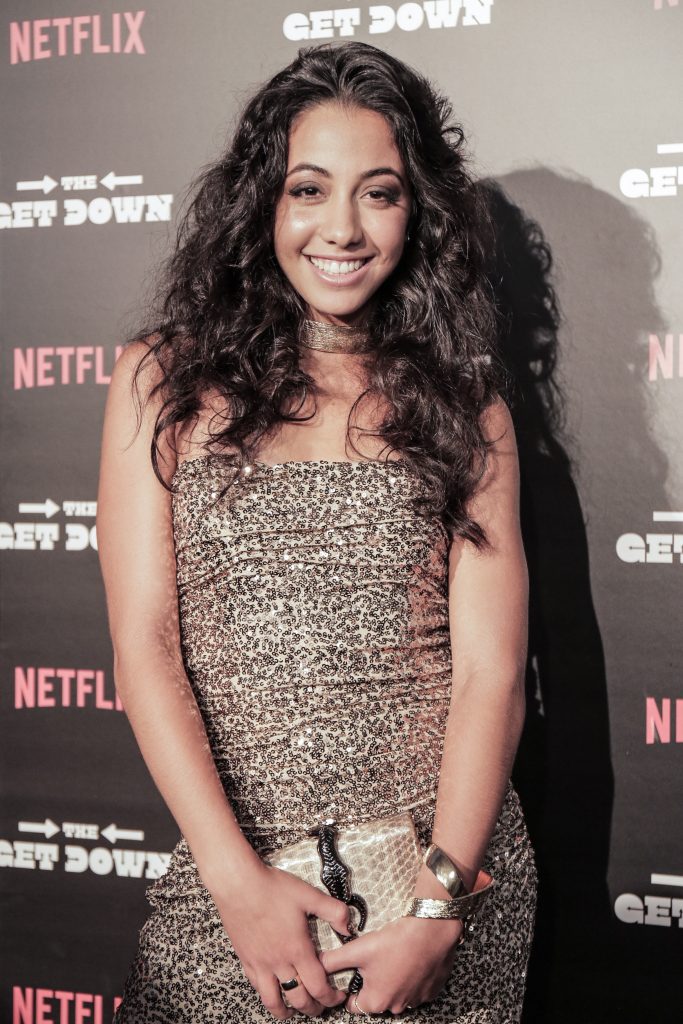 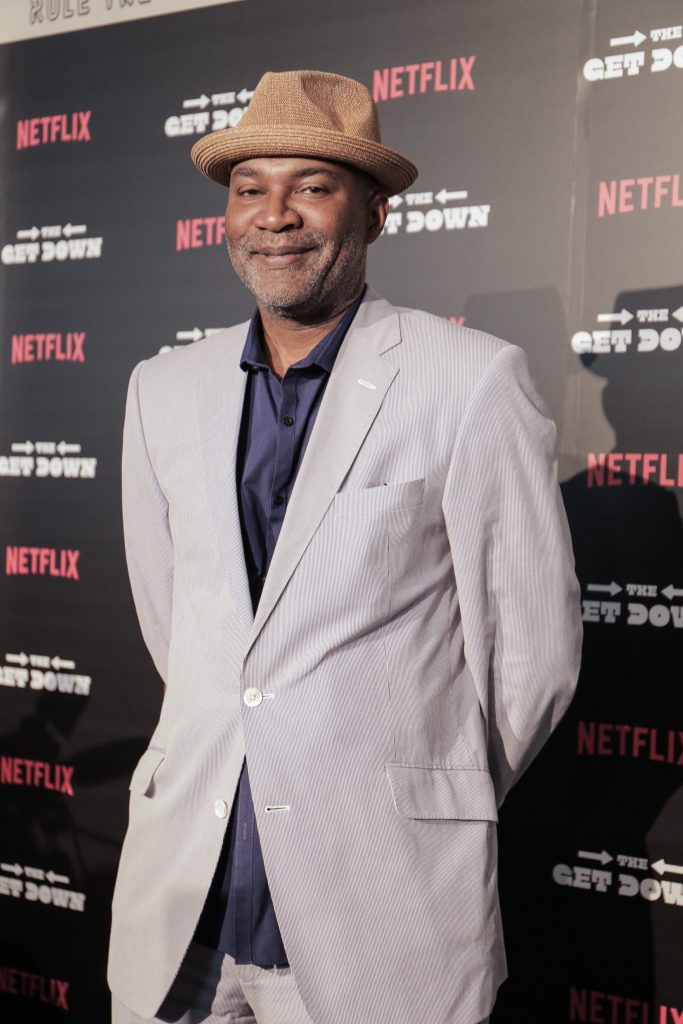 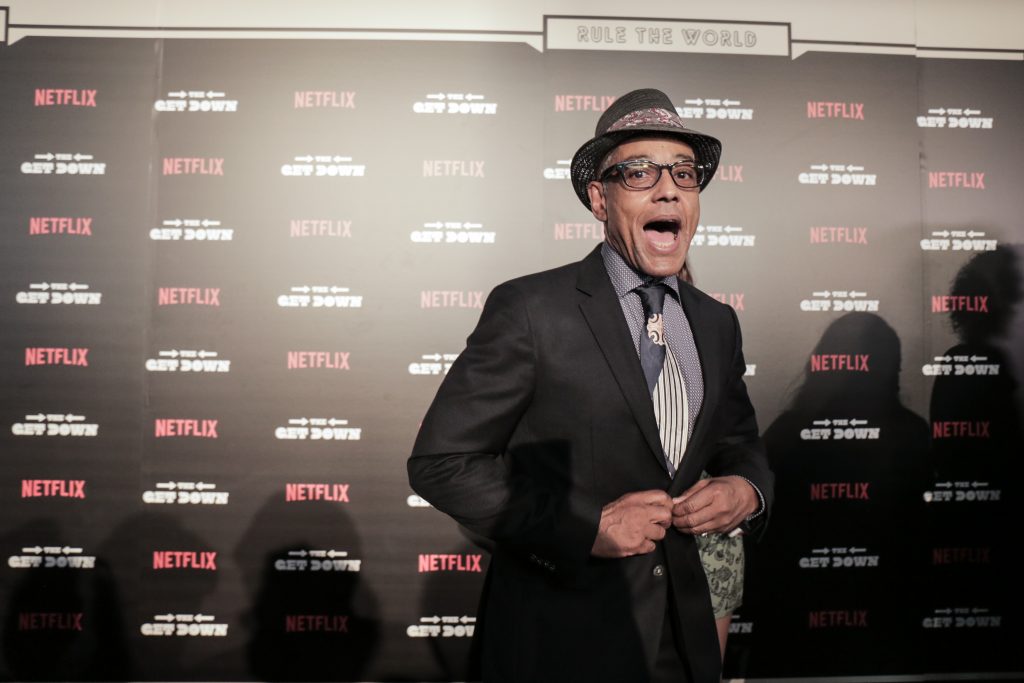 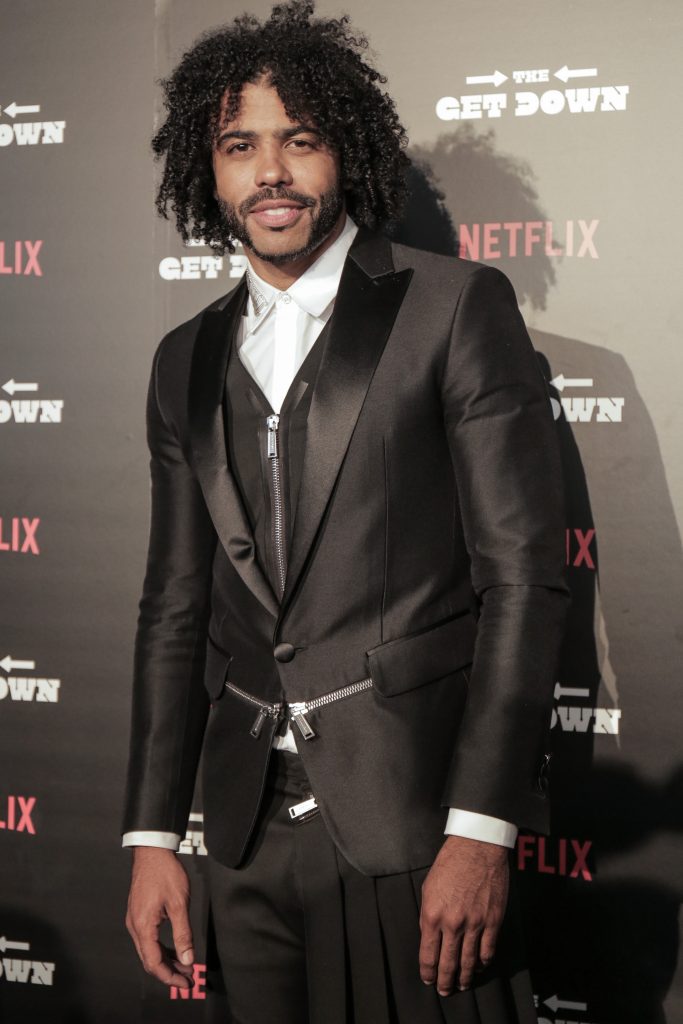 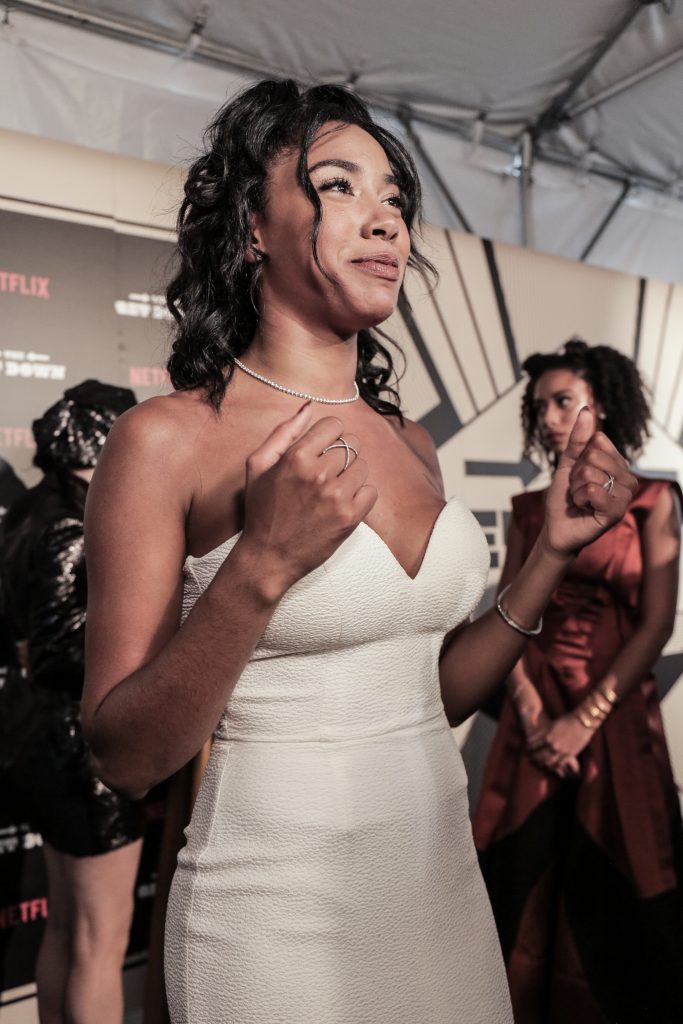 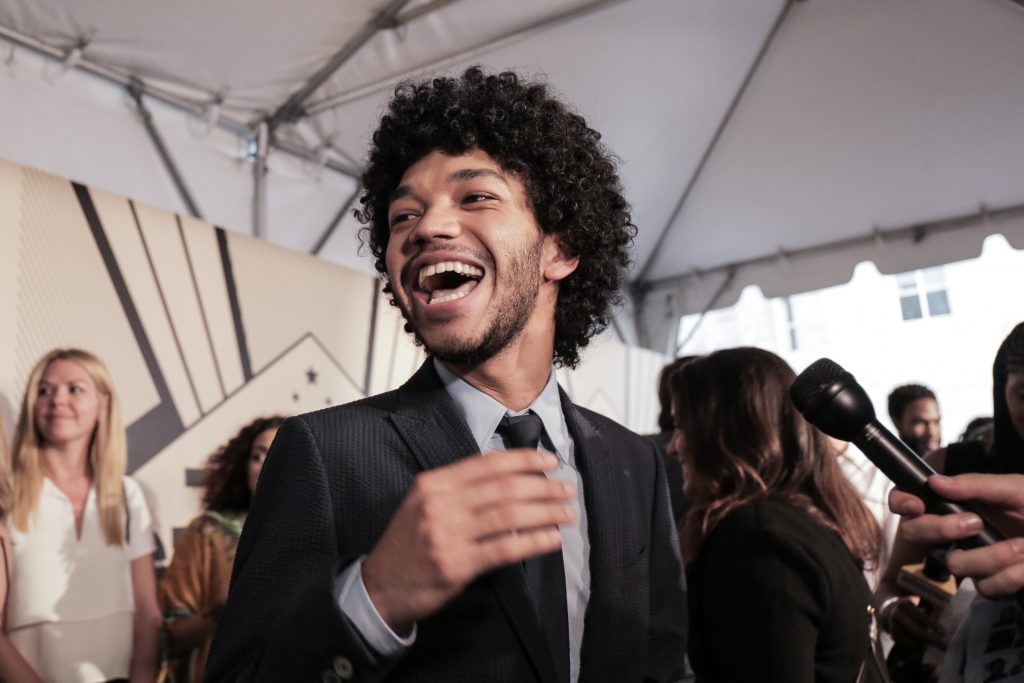 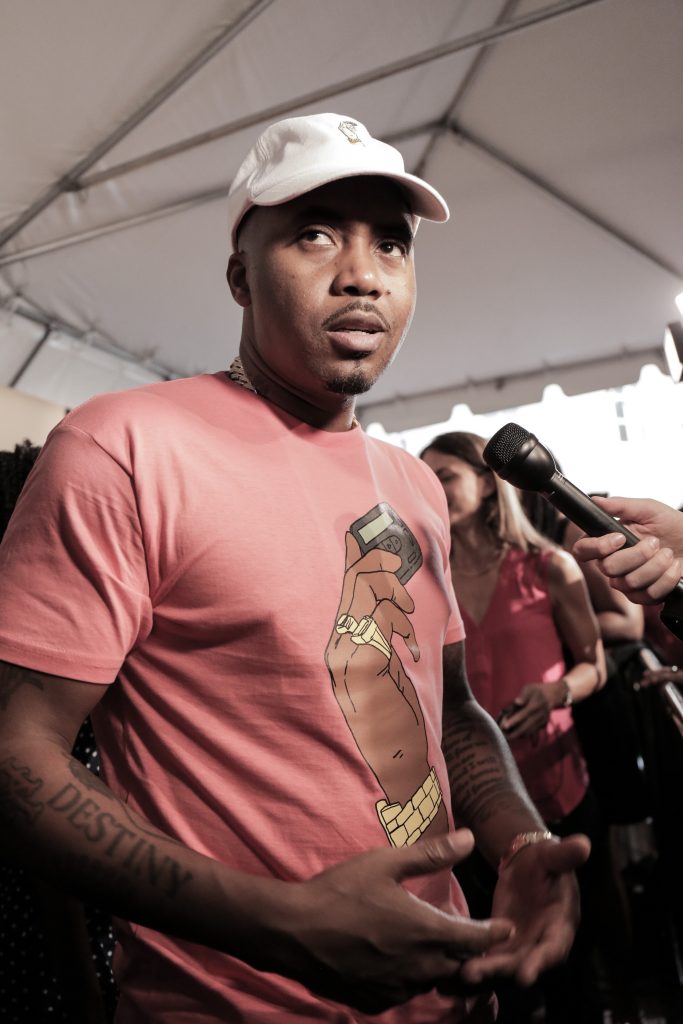 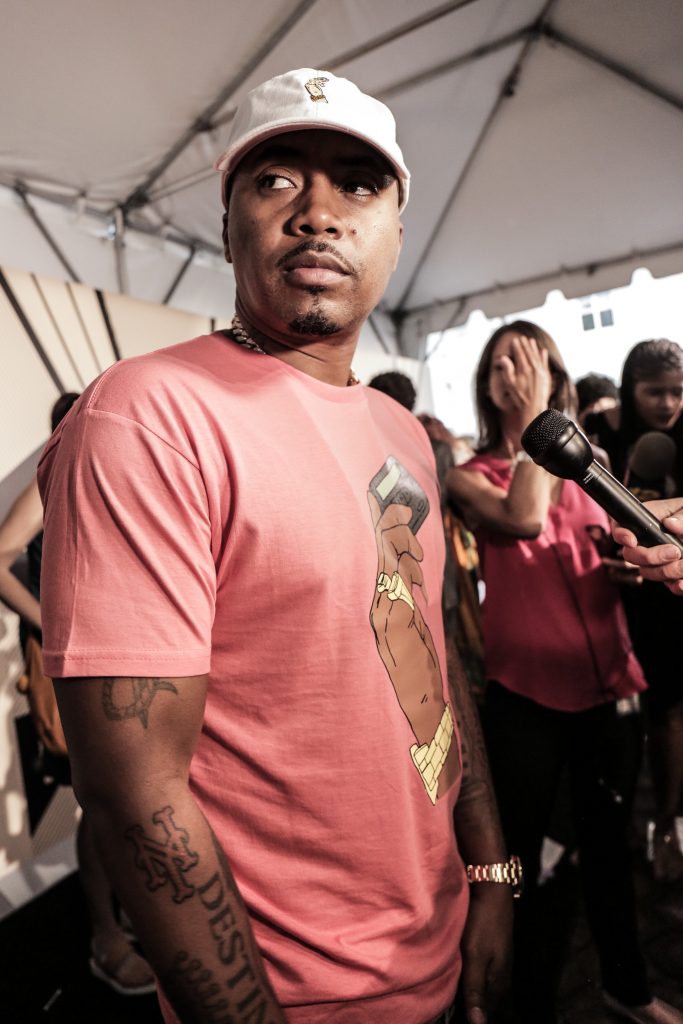 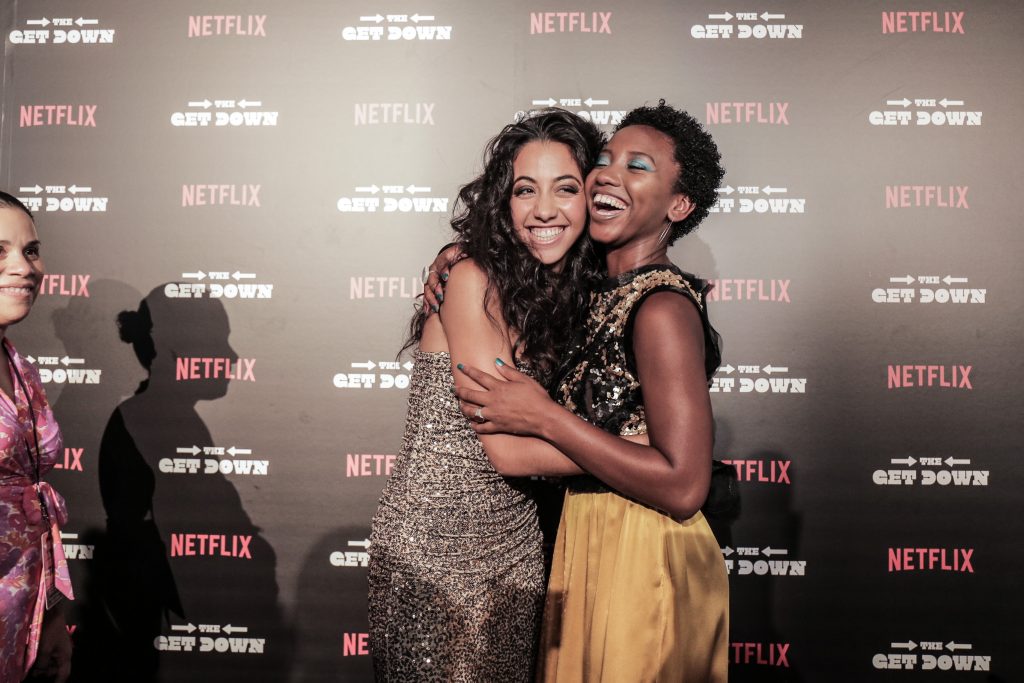 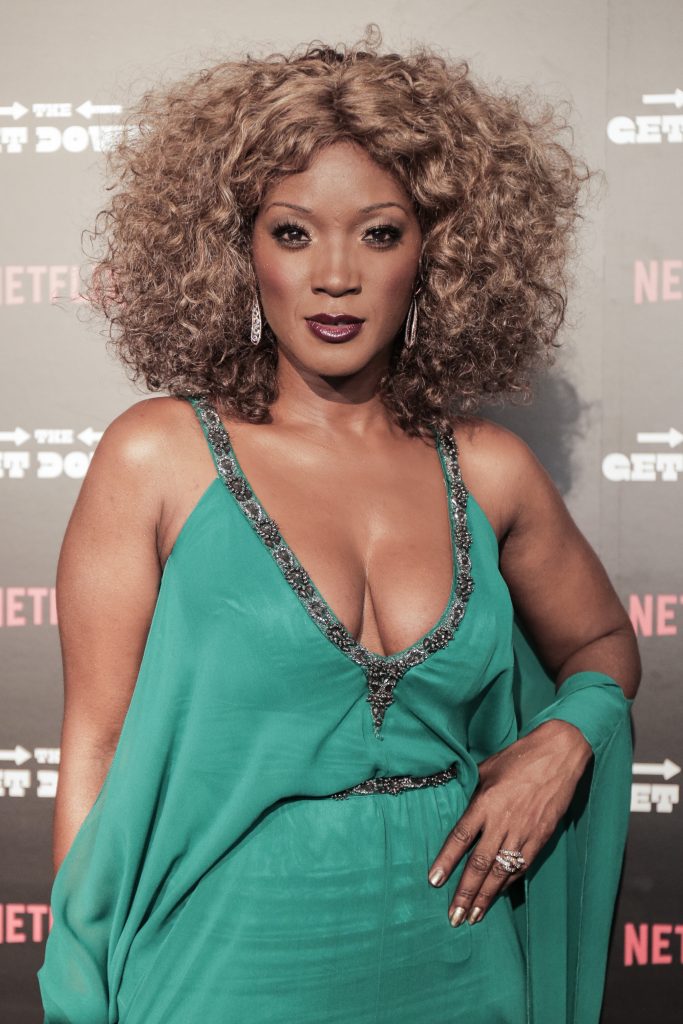 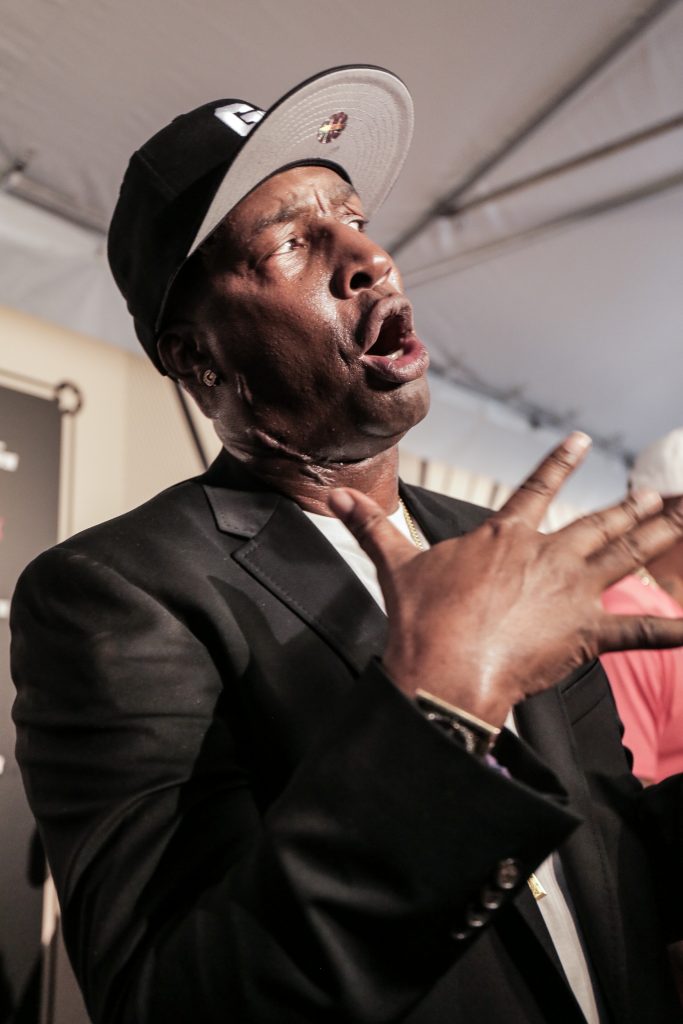 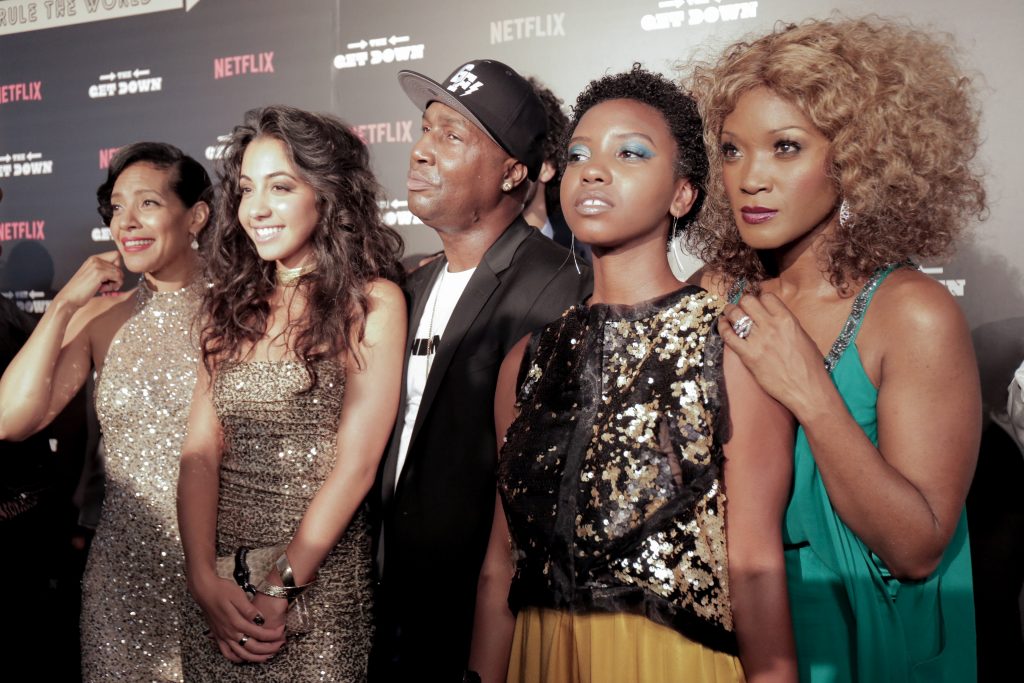 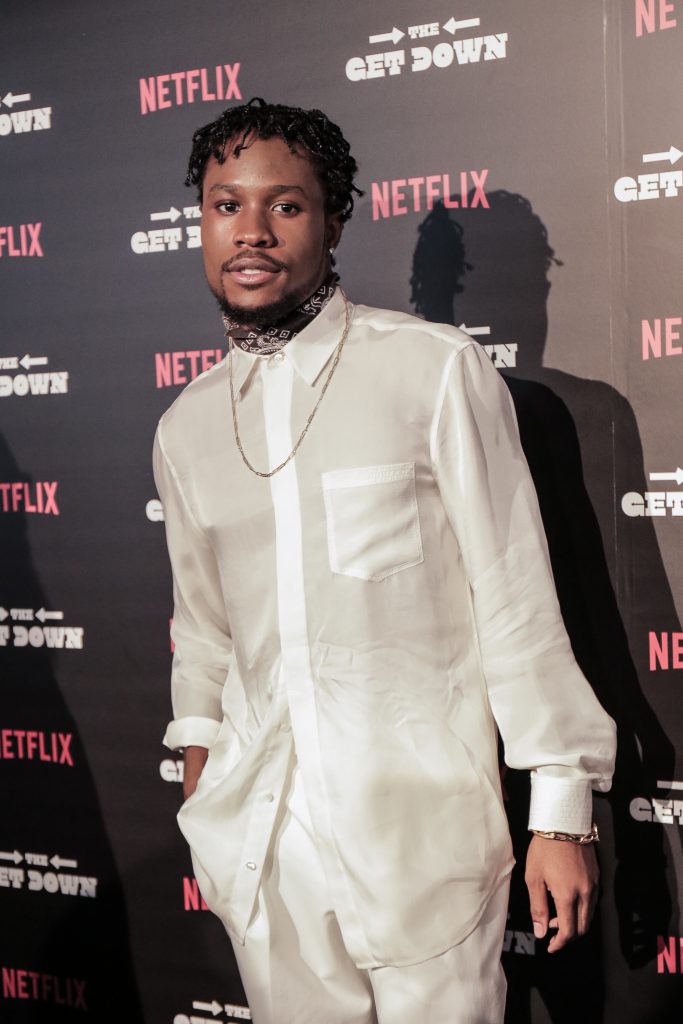 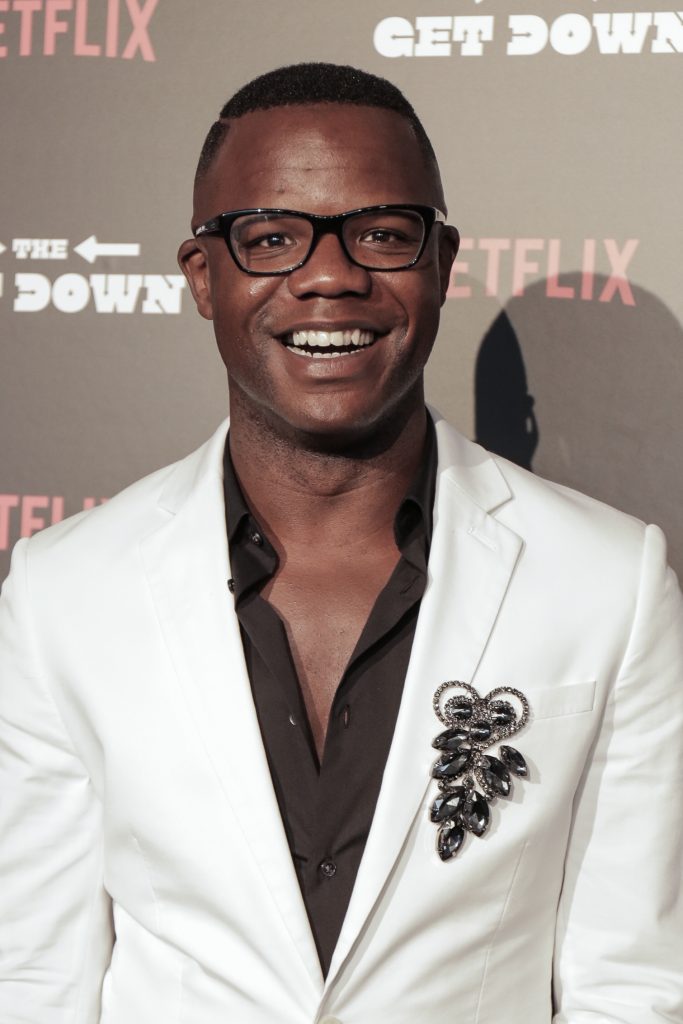 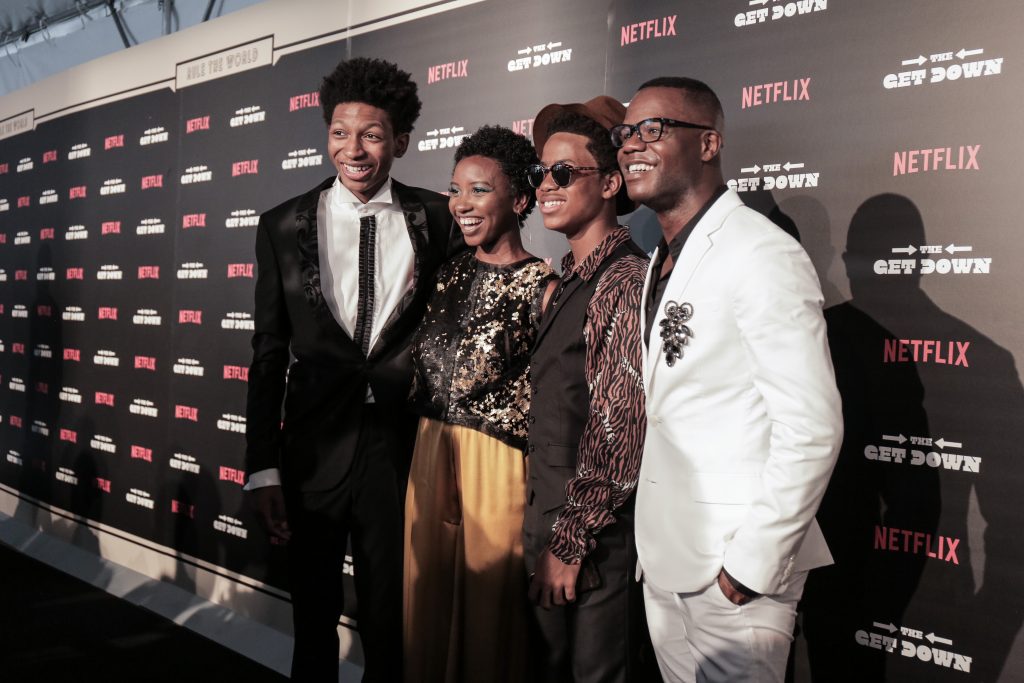 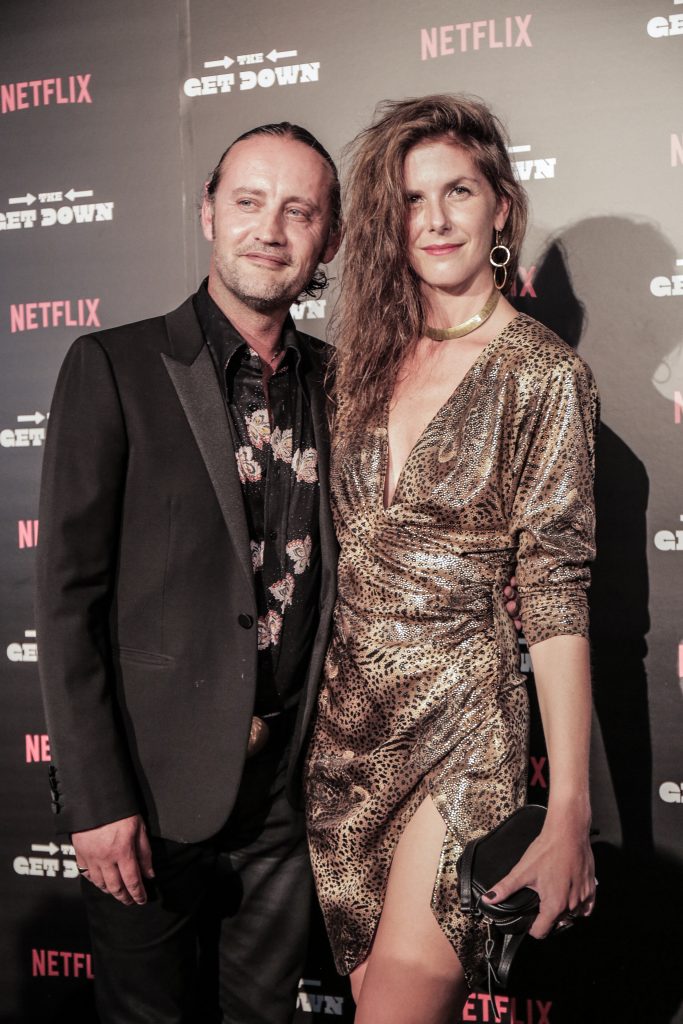 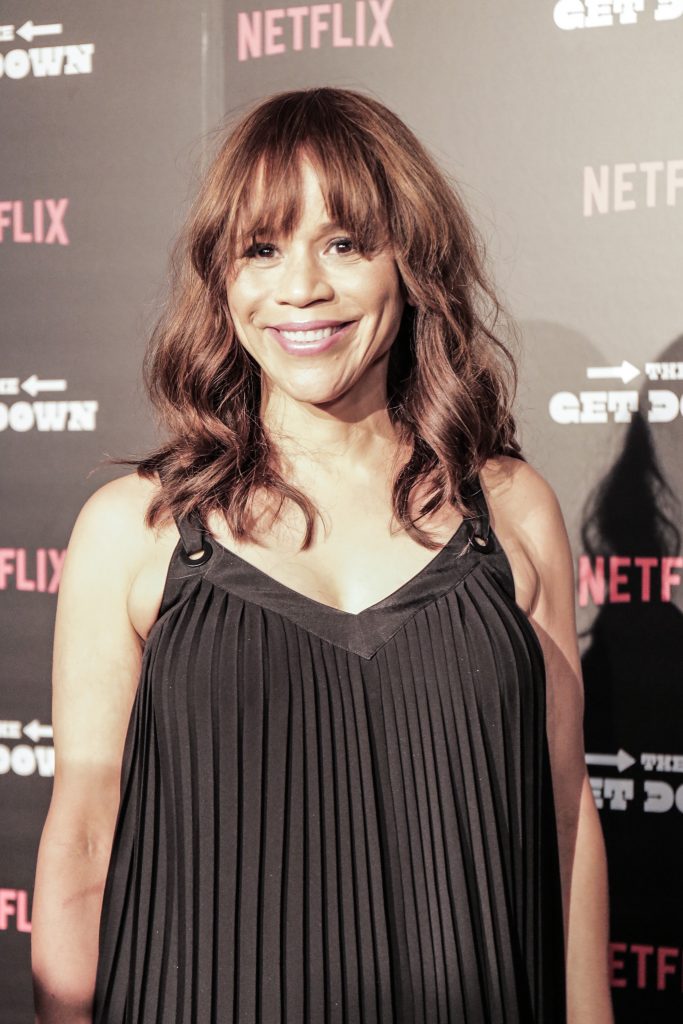 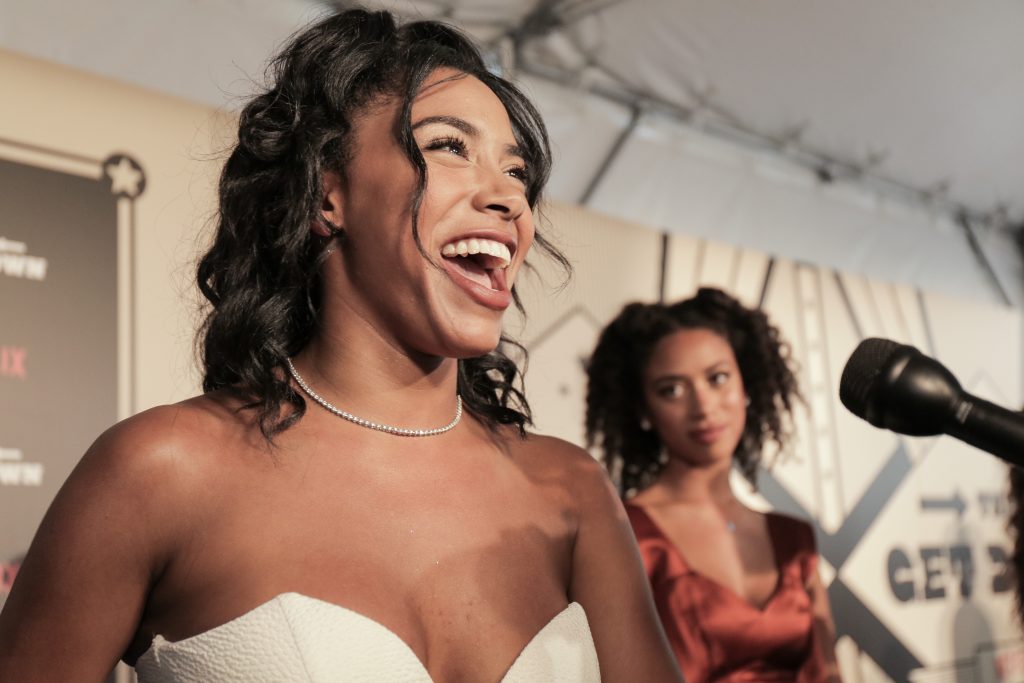 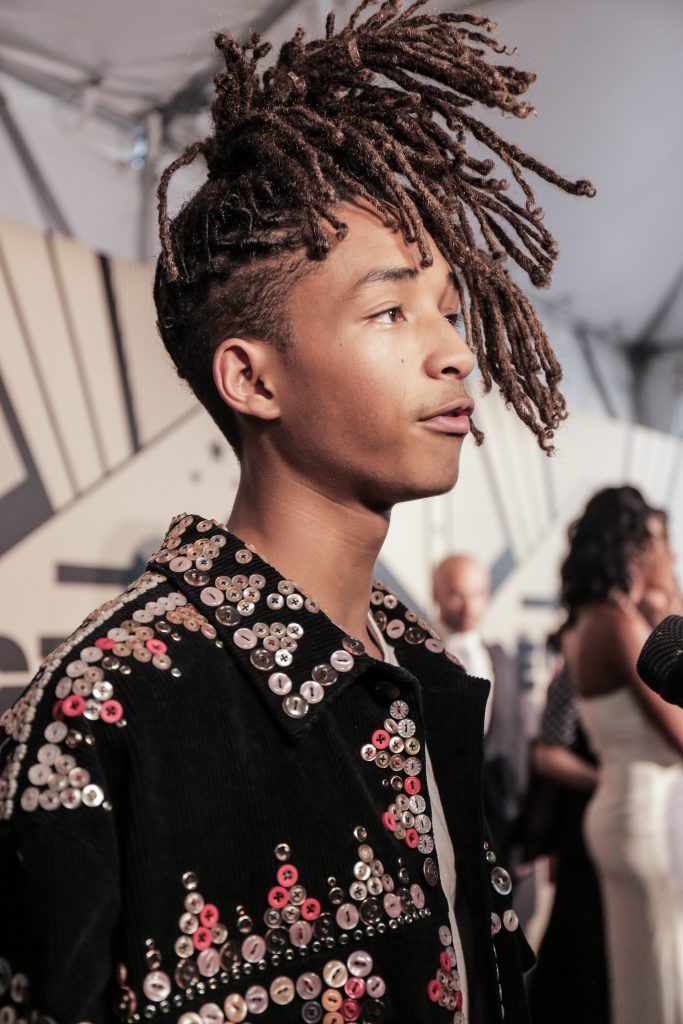 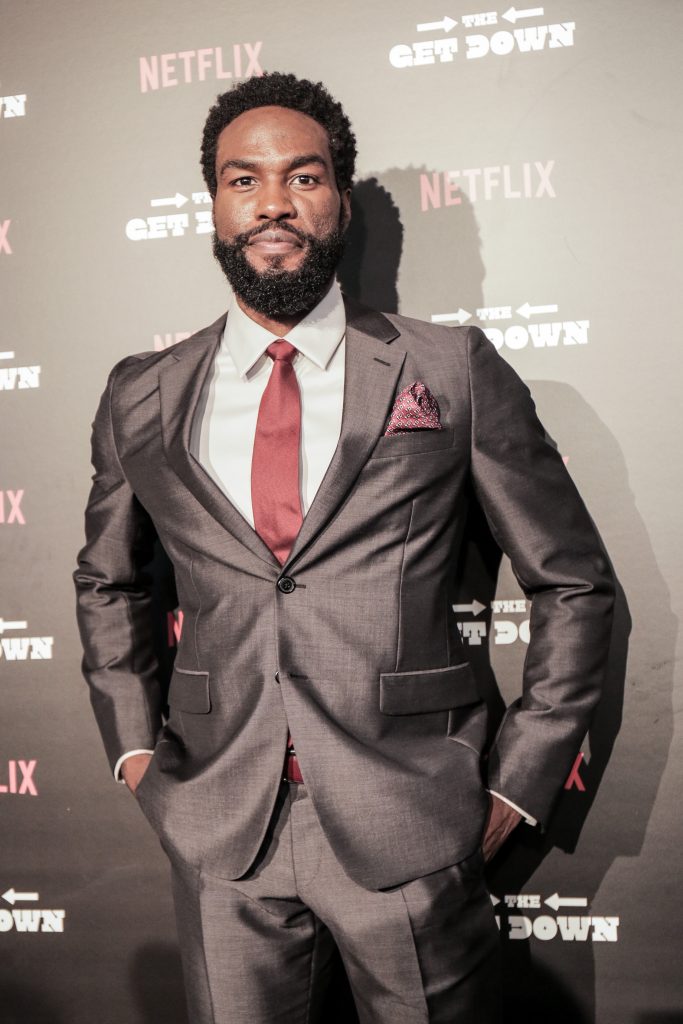 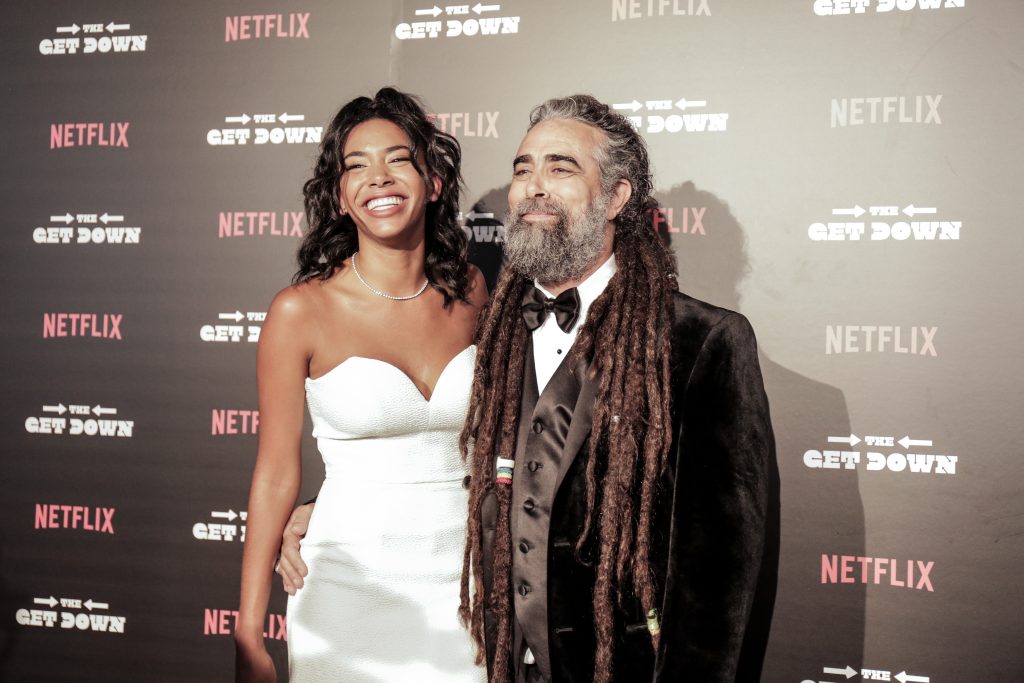 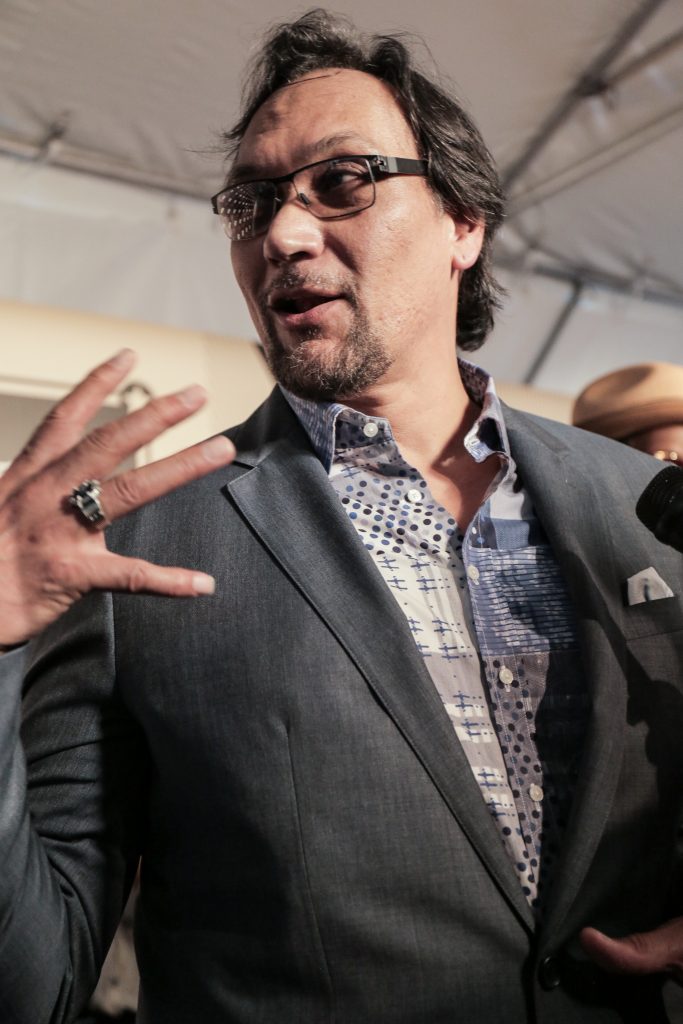 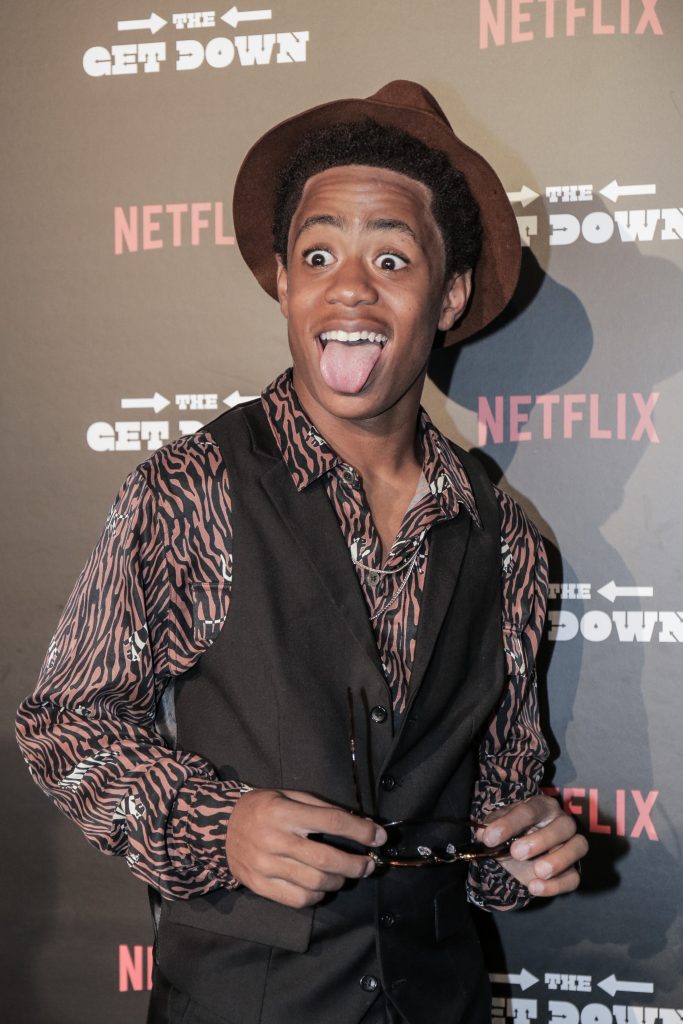 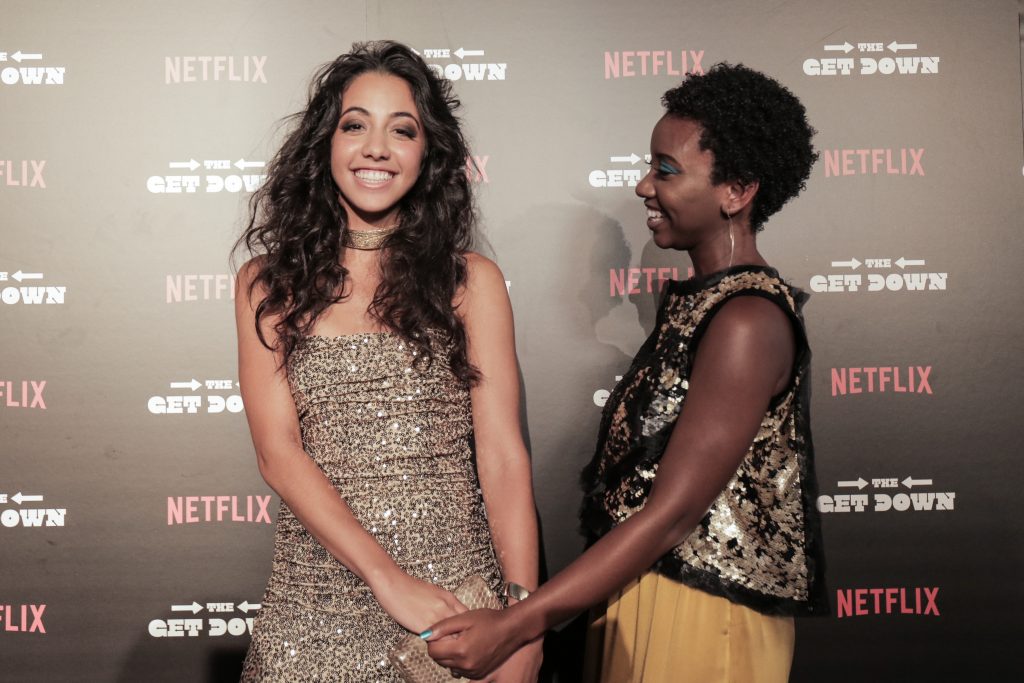 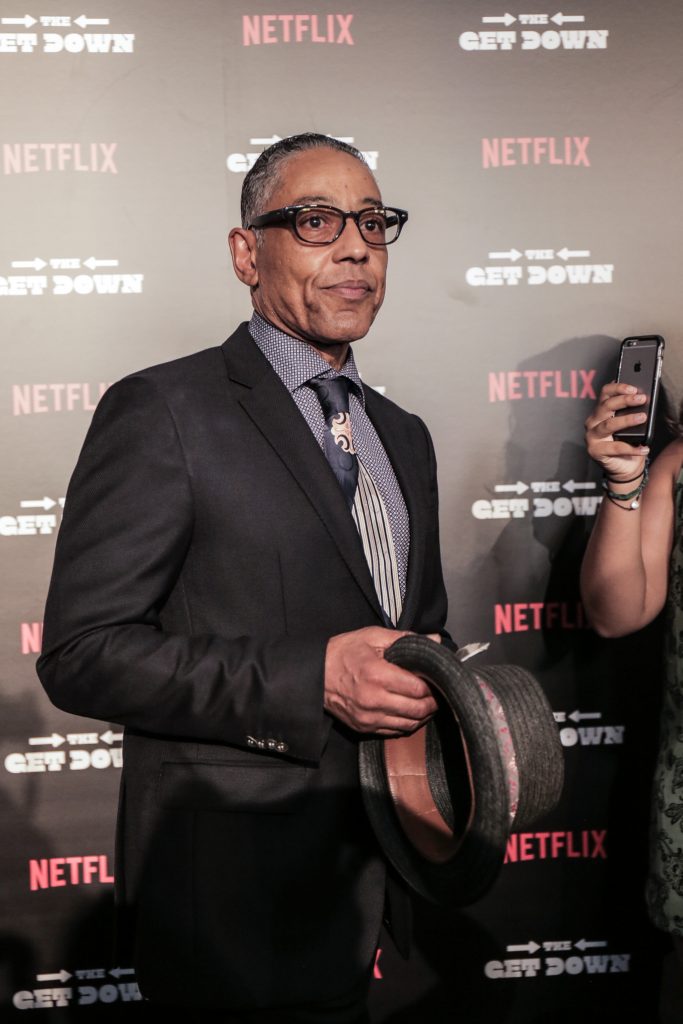 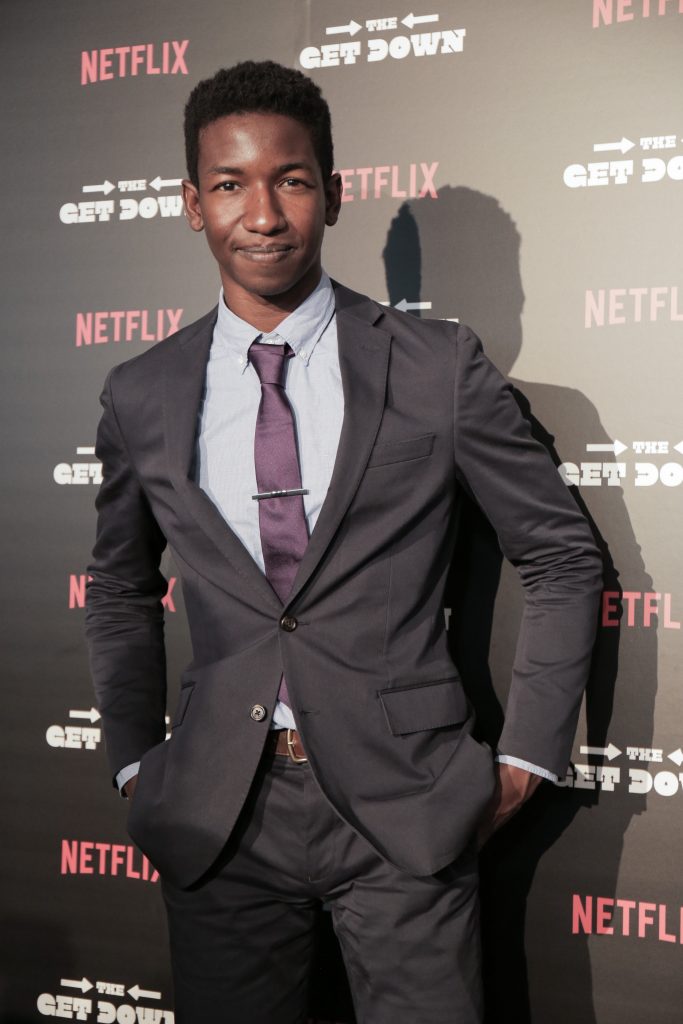 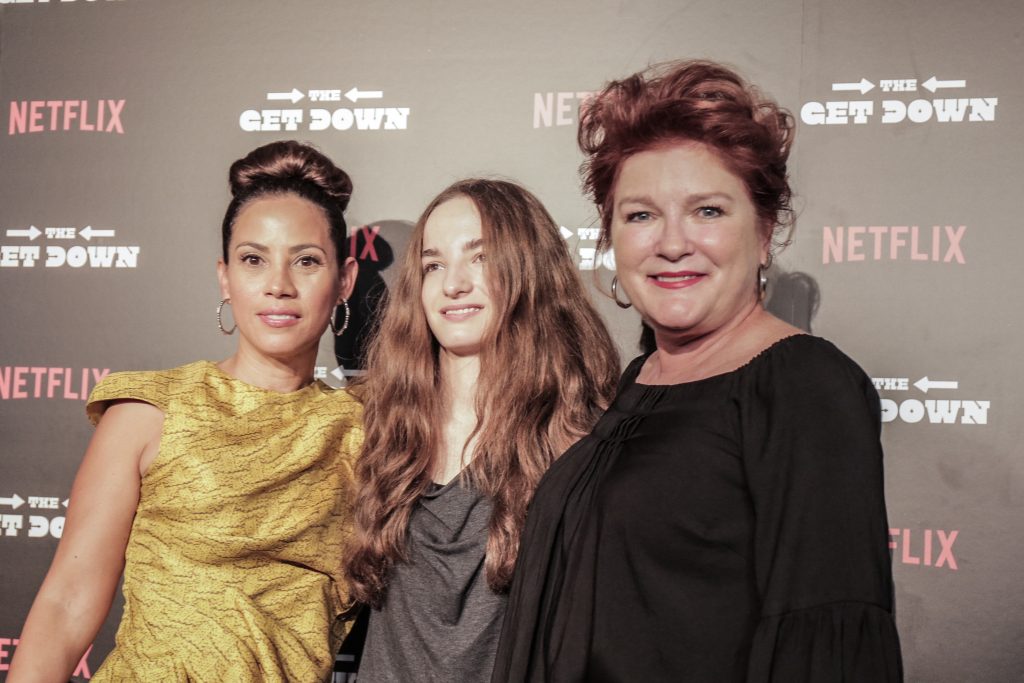 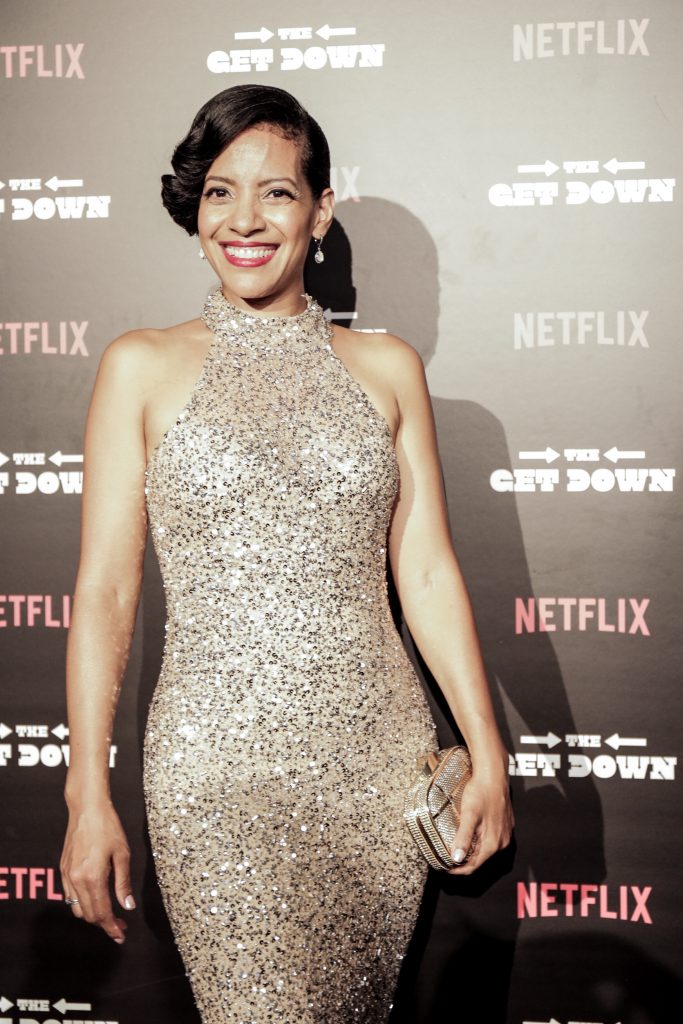 The first six episodes of The Get Down are currently streaming on Netflix.

nelson george netflix the get down