With Roles in ‘Ms. White Light’ and ‘Vida’ Season 2, Roberta Colindrez is a Rising Actress to Watch

Roberta Colindrez oozes a mix of confidence and cool. The actress, known for her work playing queer characters on Amazon’s I Love Dick and on Broadway in the Tony-winning coming-of-age musical Fun Home, seems destined for great things, particularly as audiences increasingly call for diversity in the types of characters Latinx and Latin American actors play in film and television.

Directed by Paul Shoulberg, Colindrez’s latest film, Ms. White Light, follows Lex Cordova (Colindrez), the “talent” spearheading the family business that she runs with her dad, Gary (John Ortiz). Cordova Mortality Solutions is the name of their strange enterprise, which specializes in counseling terminally ill patients who have trouble letting go. Lex is particularly gifted in connecting with the patients she meets – though a heavy strain of cynicism runs through her demeanor, revealing her own pent-up feelings regarding her mother’s death.

Together Lex and Gary form an unconventional father daughter duo – the two wear matching baggy suits, eat nightly microwave dinners in front of the tube, and drive around to see new clients in their barely-functioning old car, which routinely breaks down. Not only does the film introduce us to an atypical Latino family, it also portrays Lex as someone so insistently herself, that she refreshingly defies gendered expectations without the film ever needing to offer explicit commentary on her identity. Though Ms. White Light certainly deals in morbid subject matter, Colindrez’s whip smart performance, which shifts easily from jaw-clenched impatience dripping with sarcasm, to empathy-driven sincerity, underscores the film’s powerful black comedy.

In the midst of this year’s South by Southwest Film Festival, Remezcla had the chance to sit down and talk with Colindrez ahead of the Ms. White Light world premiere.

On How Her Ms. White Light Character, Lex, is Different From the Other Fierce and Confident Characters She’s Used to Playing

As an actor I always want to diversify the type of work I do, and so I read this character as someone who’s got such a shield up. I think that a lot of the other characters that I’ve played have gotten to a point in their lives where they’ve learned their lessons. They’re confident in who they are. I think Lex does also know who she is, but she’s got all these walls up against facing the things she doesn’t want to face. I saw that as an extreme vulnerability, and I’m personally very different from that.

Lex isn’t specifically queer or straight. I thought it was really awesome of Paul [Shoulberg] to not give a shit and let her have this androgynous appearance that is unbecoming in a lot of ways. I love the big suit; sometimes in my head I was like, “Maybe she and Gary bought matching suits. And hers was smaller, and she ruined that suit and she just started wearing his extra one because she didn’t even care.”

She doesn’t want it to be [him]! Which is funnier too. Even in [a moment] when they kiss, she’s like, “This is not me. I don’t even like that. Stop it.” And there’s no resolve, you don’t know if they’re going to end up together or if they’re even going to explore [their relationship] further. That’s not what the movie is about. She doesn’t change her appearance or her way of being. He’s the one that realizes that he likes this girl and he’s the one that’s going to need to conform to her way of being and not the other way around. It’s progressive. 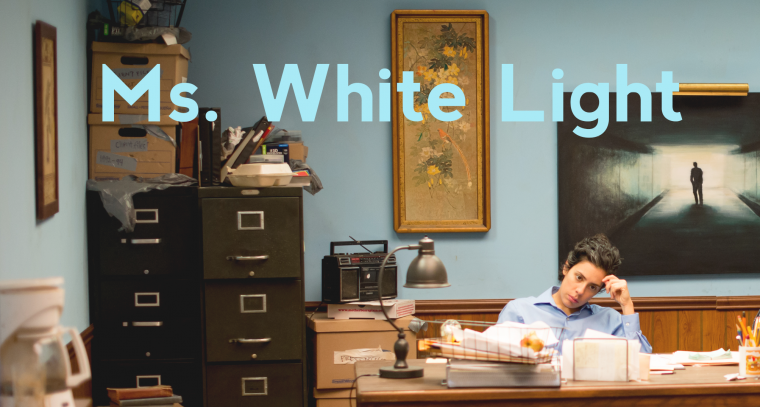 I can only speak for myself, but as an actor i wasn’t like, “I’m going to challenge the way people see Latin people.” I was just happy to get roles. I tried to find new material in characters, but I wasn’t post-race about it or anything like that. I was just looking at it as just work. I wasn’t framing myself, so I wasn’t framing characters. Now I see the importance of playing [certain types of] characters. I’m not necessarily choosing characters that go against stereotypes, I’m choosing characters that you don’t even have time to question where they would fit in. Or what box they would fit into.

I actually want to start focusing on young people as part of the work I do outside of acting. The way that the arts are framed in certain communities, especially in Latin American communities – it’s like a really privileged thing and a weirdo art thing for city people. Or a thing that white people do. I want to change the perspective on it because we have had art in our blood for so long. We have created so many stories that have translated into so many other languages all over the world and a strong cultural identity that is so tied to our storytelling, with myths and folktales and traditions like that. I wish that more young people, especially less affluent people of color, would realize that we’ve been making stories forever, we’ve been creating rich characters. If we can ignore the pressure to tell a story the way “they” want to hear it and just tell it the way it is, we’ll continue to grow in the industry and have greater power.

On Her Role in the Upcoming Season of Vida

In Vida I play a character called Nico who comes from New York and meets Mishel Prada’s character at a wedding. She’s worked before as a bartender and a bar consultant in New York, so Emma’s like, “Well, why don’t you come check out the bar (which they’ve renamed Vida) and see what you think of the place?” They form a relationship around the bar and the changes they’re seeing around the neighborhood surrounding the bar’s development specifically. And then they have a little romantic will-they-won’t-they thing going on. But I think that the service of Nico and her character is to help Emma accept who she is and be more herself. And also with Lyn [Melissa Barrera], who she’ll also push towards greater self acceptance.

On Working With the Cast of Vida

Oh man! It’s the best. Those people are the best. I’ve had a really fortunate path so far in my career. I’ve never had a shitty experience with anyone on any sets or anything. But even then this one was notably just so fun. You know how Latin people are. Like, “Let’s talk for 30 minutes and then work and then let’s talk for 30 minutes in between takes and then keep working.” It was really fun. A lot of the people have become my closest friends.

On An Exciting Upcoming Project Set to Be Filmed in Peru

The film’s called Tenebris Vulnus, an Anais Blondet movie that’s really outside of the fucking box. It’s a movie about menstruation – a “period” piece – and I’ll play Andina. We’re filming in May [and] we’ll be there for the entire month, which I’m really stoked about. I’m in the phase of my career where I want to start working in Latin America and Anais came out of nowhere saying “Well, have I got a thing for you!”