Mezcal is having a moment. Long brushed aside as tequila’s smokier-flavored, less sophisticated cousin, today you’d be hard-pressed to find a trendy bar without a mezcal offering on its shelf. According to Danny Brager, SVP of Nielsen’s Beverage Alcohol Practice, sales of the distilled spirit have doubled in the US over the past four years, thanks in part to the surging popularity of craft cocktail culture and mixology. As Oaxacan food personality Bricia Lopez explains it in an interview with the New Yorker, “Mezcal hits every magic word—artisanal, organic, gluten-free, vegan. It comes from a small village, and you have to drive there to get it. It’s made by a family. It automatically became cool when knowing what you eat became cool.”

Twenty-eight year-old Mexico City native José Maria Dondé, known to friends as Chema, observed the bourgeoning popularity of the agave spirit when he moved to NYC eight years ago. As he worked his way up from a restaurant busser to a bartender, he began thinking about how mezcal could help reframe the conversation around Mexican liquors.  “I wanted to celebrate Mexican culture in a more authentic way than it is usually showcased in the American market,” Dondé explained. In particular, he hoped to counteract some of the bro-y, debauchery-centered narratives that spirits like tequila have developed in the US popular imagination. “There is a lot of history [behind spirit] companies, family traditions and hard work that I felt needed to be shown.” And so, in the summer of 2014, he launched Bartender Legion – a cocktail tasting event series that “came about because I realized I didn’t want to only celebrate the drinks themselves, but also the people who help promote and educate consumers about this category of spirits.”

I want to be conscious of the brands we drink and make sure that they put money back into the farmers.

At each Bartender Legion gathering, five guest bartenders are tasked with creating an original signature cocktail, each using a different Mexican spirit brand. The featured brands are carefully curated, with an emphasis not just on quality, but on the sustainability and fairness of their production processes. As new companies rush to enter the market and cash in on the mezcal boom, not everyone in the production chain has been reaping the benefits – namely, the Oaxacan farmers who grow the agave from which mezcal, tequila and other spirits are distilled. “I want to be conscious of the brands we drink and make sure that they put money back into the farmers, respect the traditions of distillation, and work sustainably,” Dondé told me. “The widespread popularity of mezcal is [starting] to help out farmers, but there’s still a lot of work to be done to protect them and the category.”

Two years into his series, Chema has created an event that gives bartenders an opportunity to workshop new ideas, and agave lovers a chance to toss back five new concoctions, get acquainted with up-and-coming spirit brands, and turn up on the dance floor. Not a bad deal for a $15 ticket. At the most recent gathering in late August, guest bartenders included Harvard & Stone‘s Gilbert Marquez (in town from LA), Leyenda‘s Amanda de la Nuez, Sel Rrose‘s David Gordon, and Wolf & Dear‘s Kelsey Didit. They slung cocktails made with Ilegal Mezcal, Sotol Por Siempre, Tanteo Tequila, Mezcal Buen Bicho, and Meteoro Mezcal (for which Dondé acts as a brand ambassador). Overseeing the dance floor were Dj Selector Monobichi and iBomba’s Dj Beto, who got the industry crowd going with a mix of old favorites and newer sounds, and  –  just when the third cocktail hit the bloodstream – a few JuanGa songs to hit us in the feels.

In addition to organizing the tasting events, Chema also runs the social account Panorama Mezcal, where mezcal fans can find news, photos, and videos about the spirit. His next event, Mezcal de la Raza, will take place October 10th as a species of anti-Columbus day celebration that urges consumers to support mezcal brands that are ethically and sustainably produced from distillers in several states in Mexico. The event will feature a selection of over 30 mezcals from 20 top producers, and in addition to tastings will also offer seminars that “illustrate the truly diverse nature of agave species and their terroir [as well as] explore the deeper culture of mezcal – from your home bar and food pairings to its history and production.” Learn more about Mezcal de la Raza here, and check out photos from the most recent Bartender Legion event below.

All photos taken for Remezcla by Itzel Alejandra Martinez. 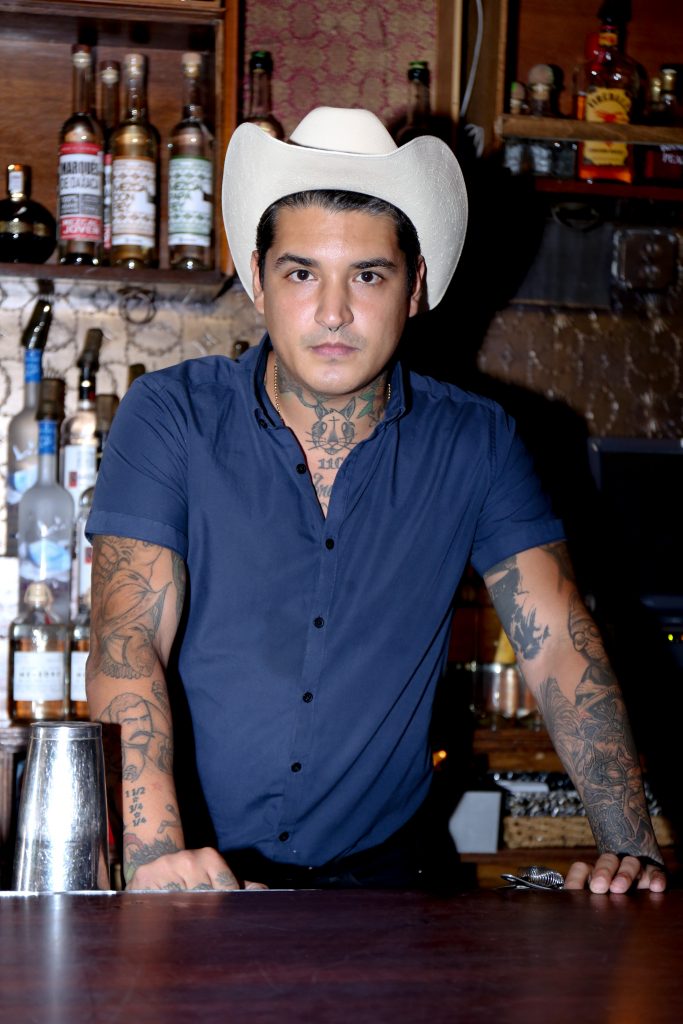 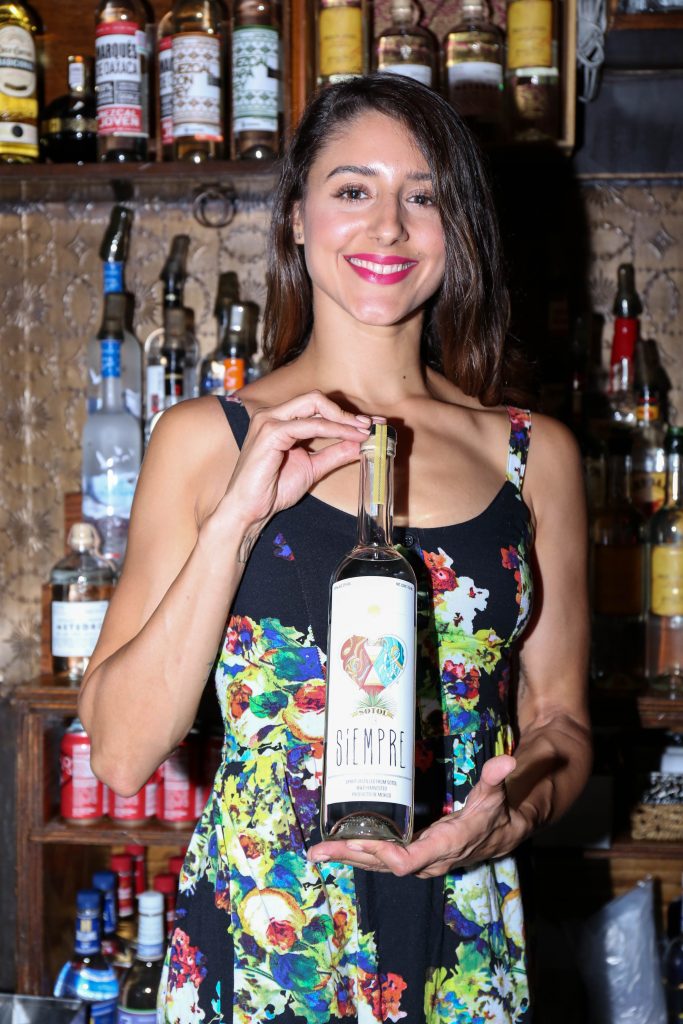 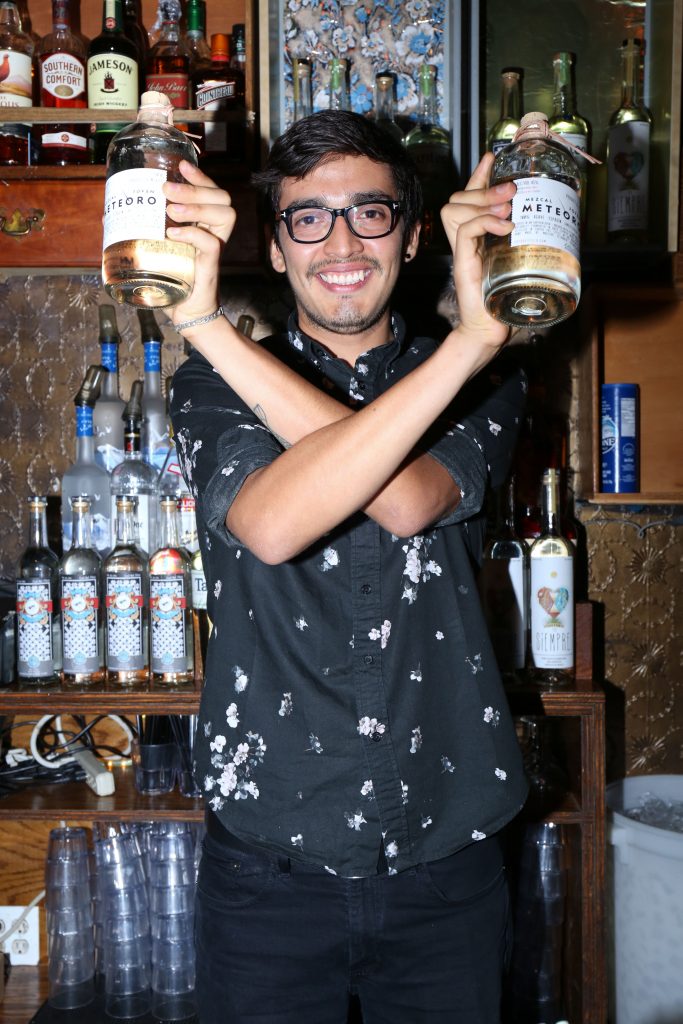 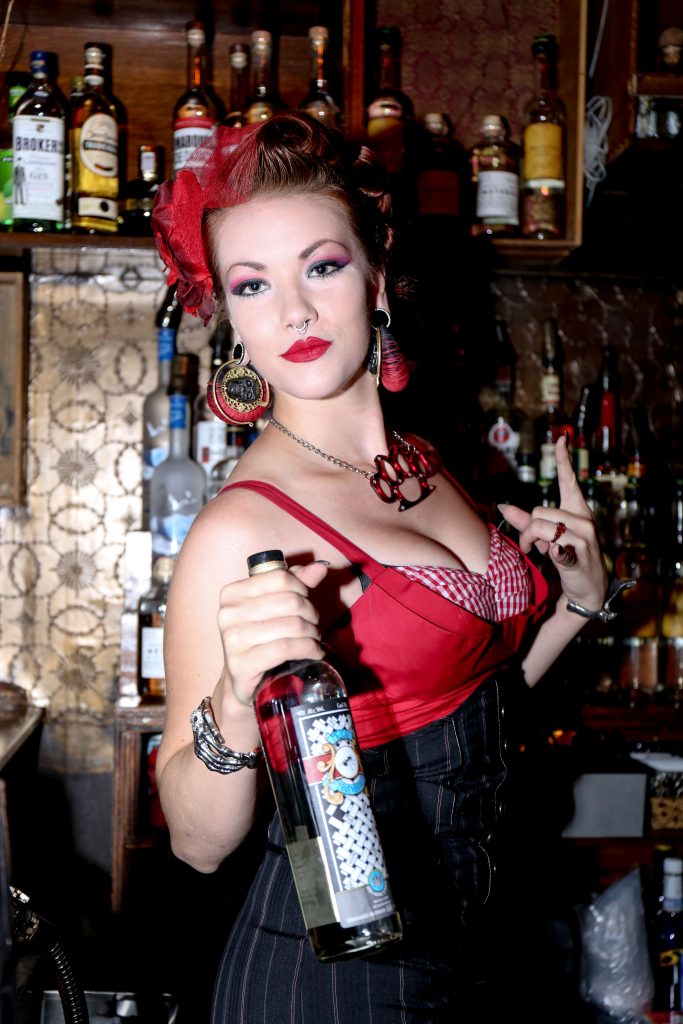 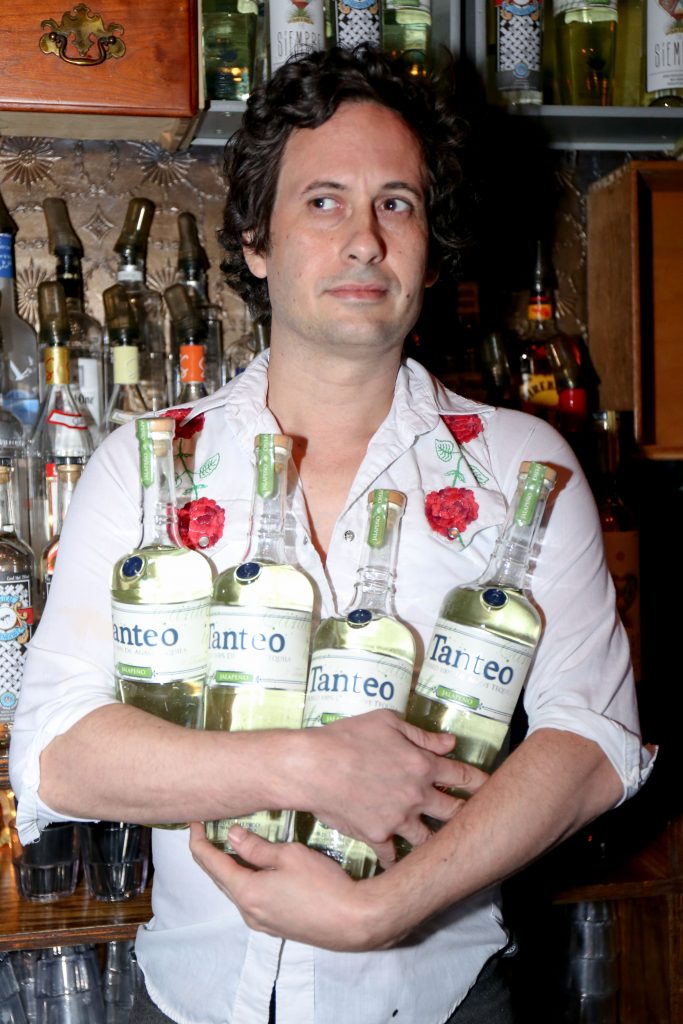 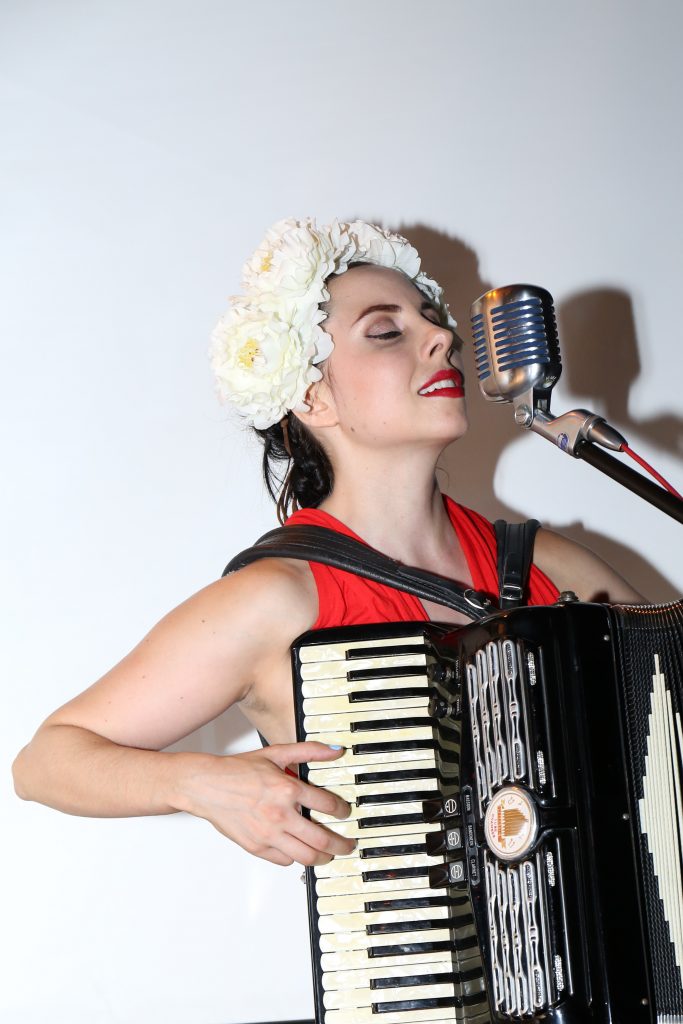 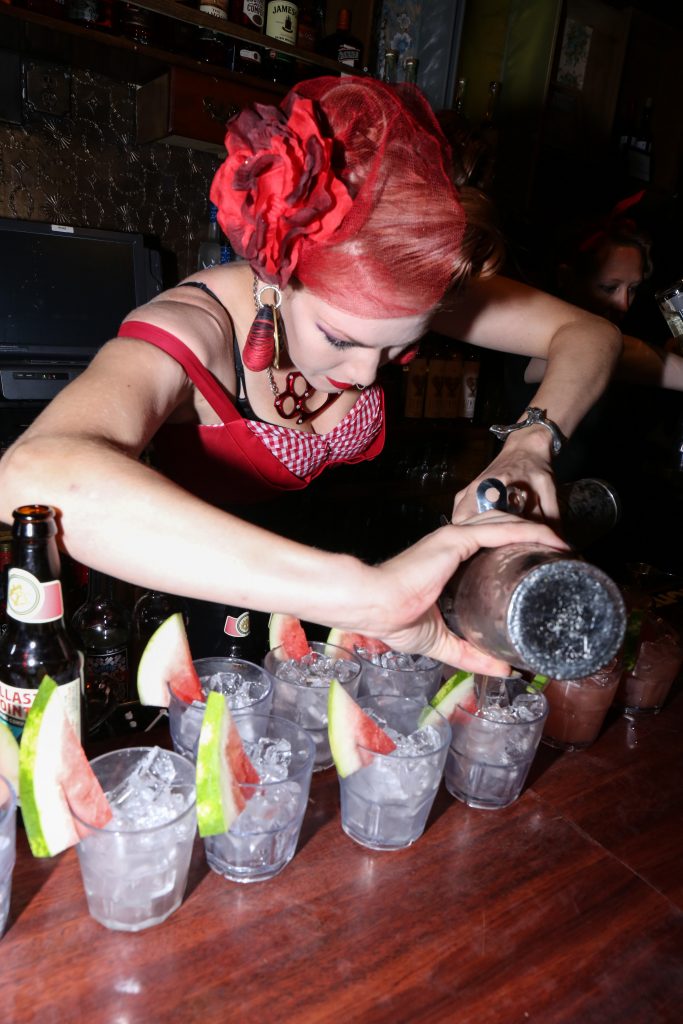 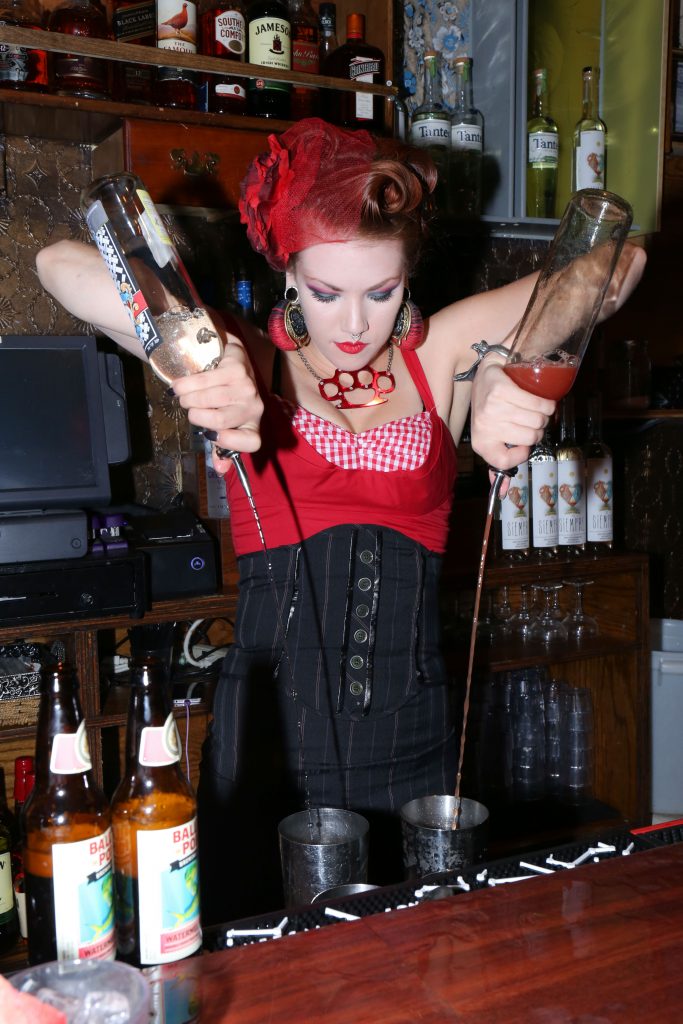 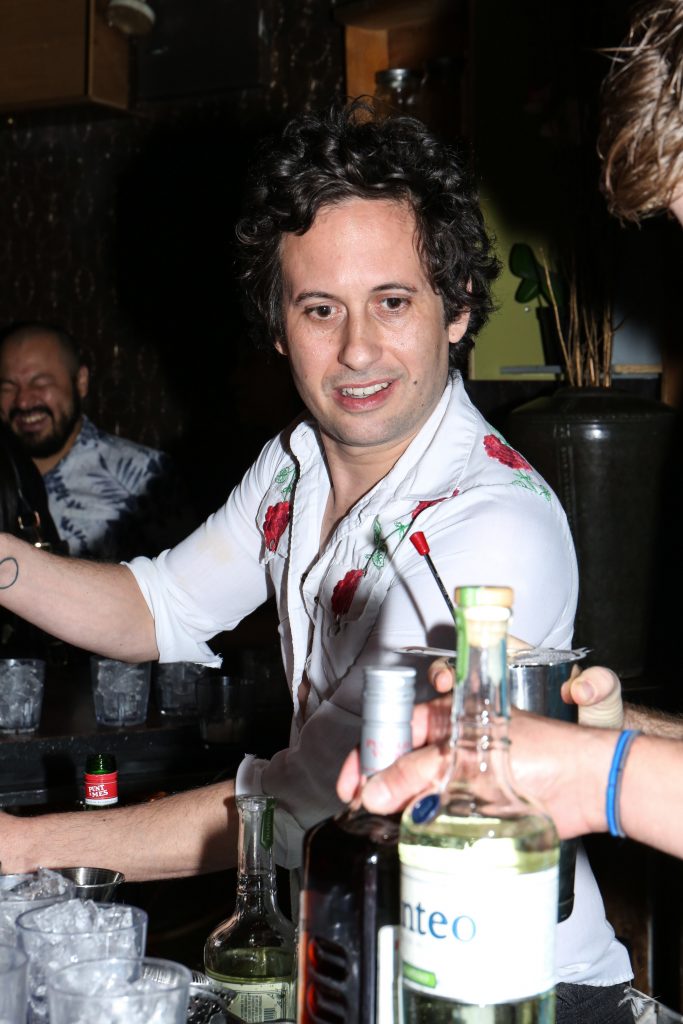 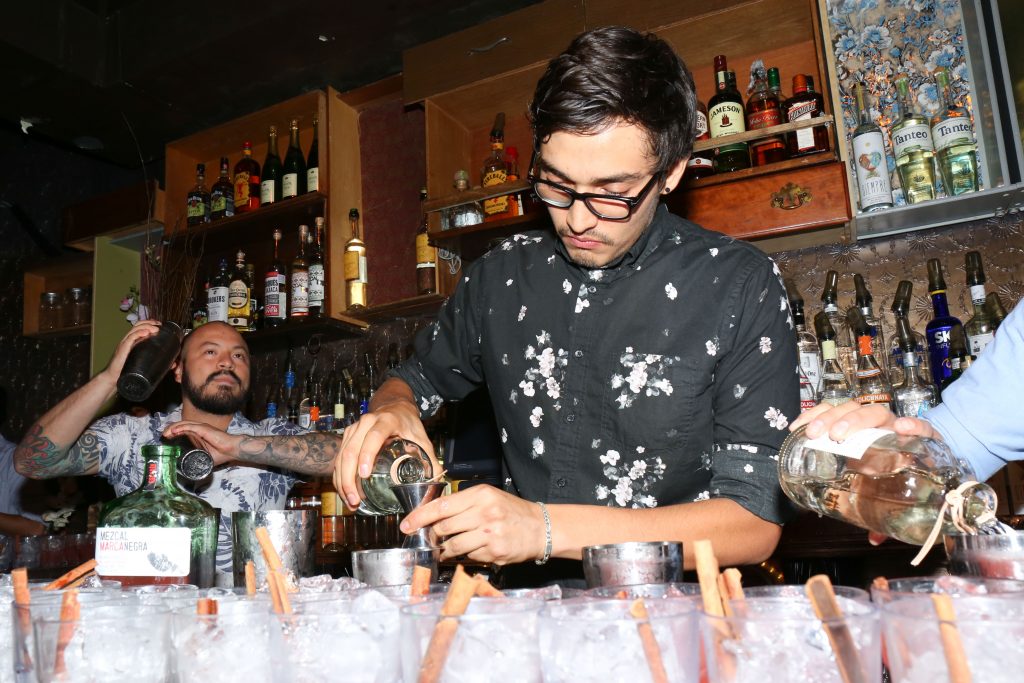 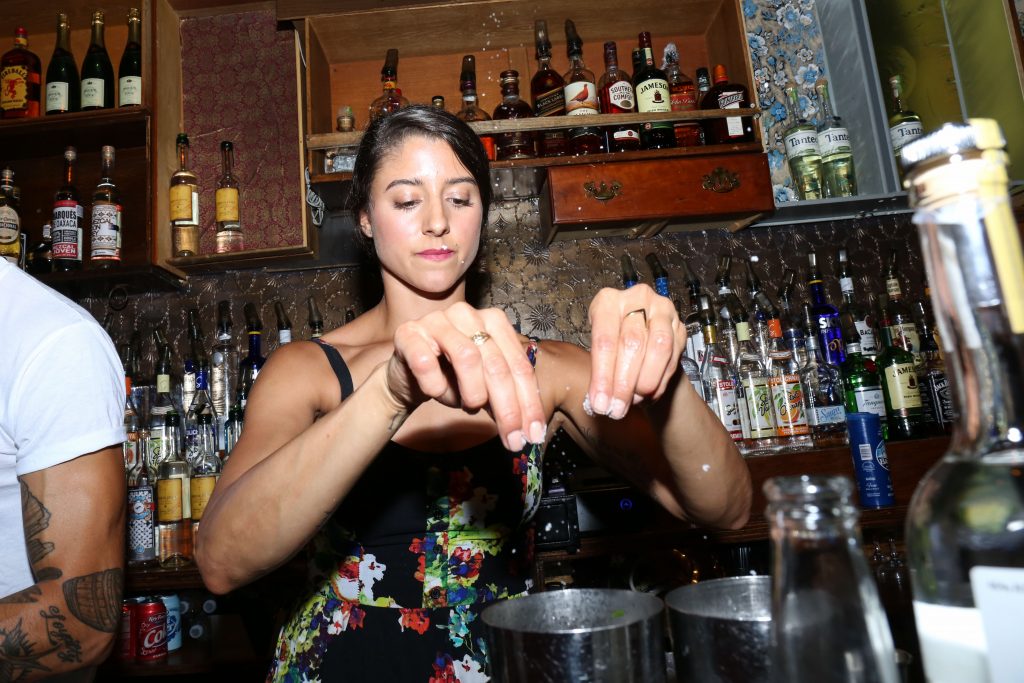 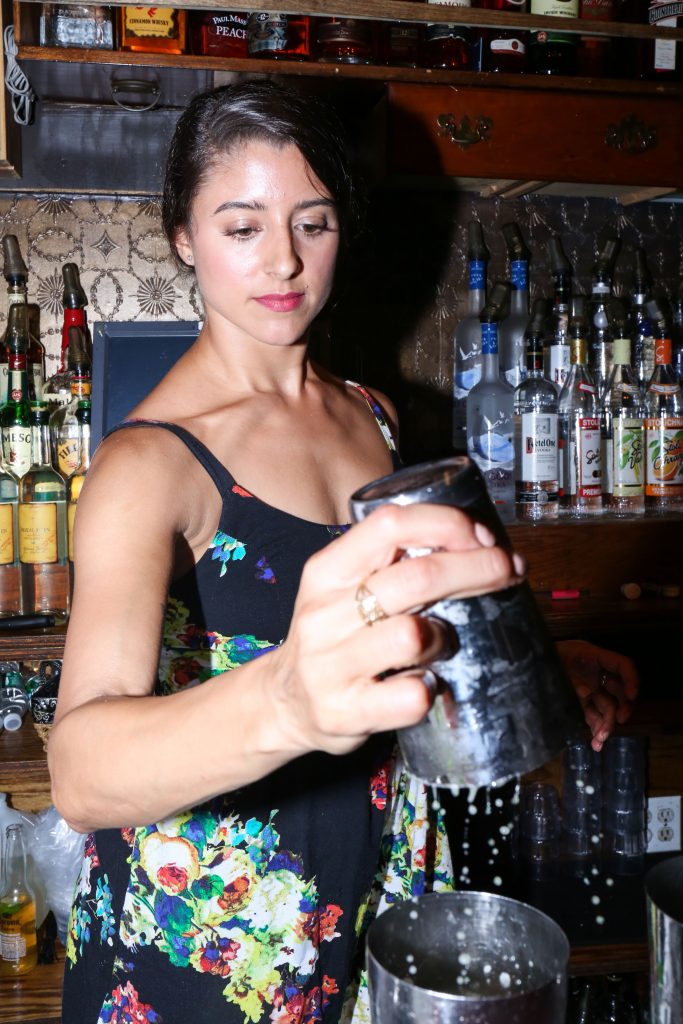 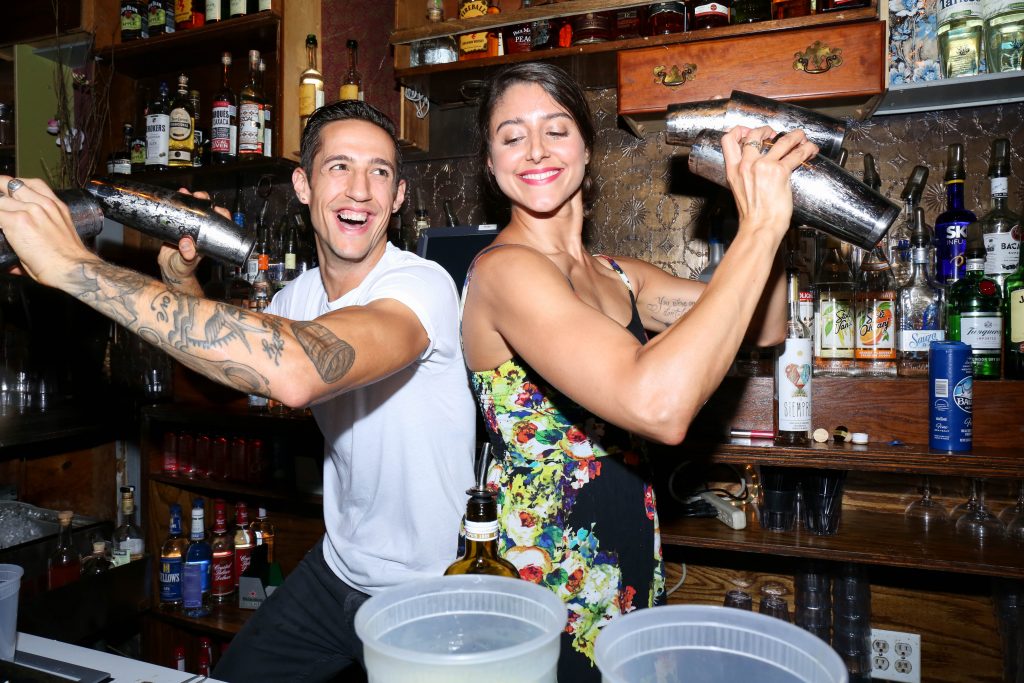 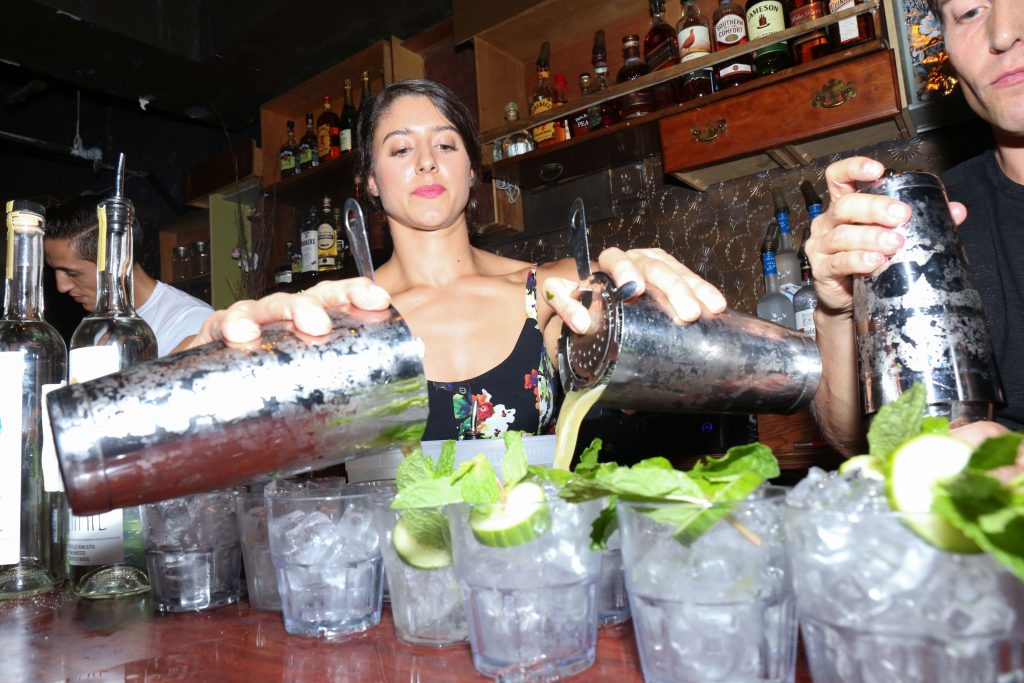 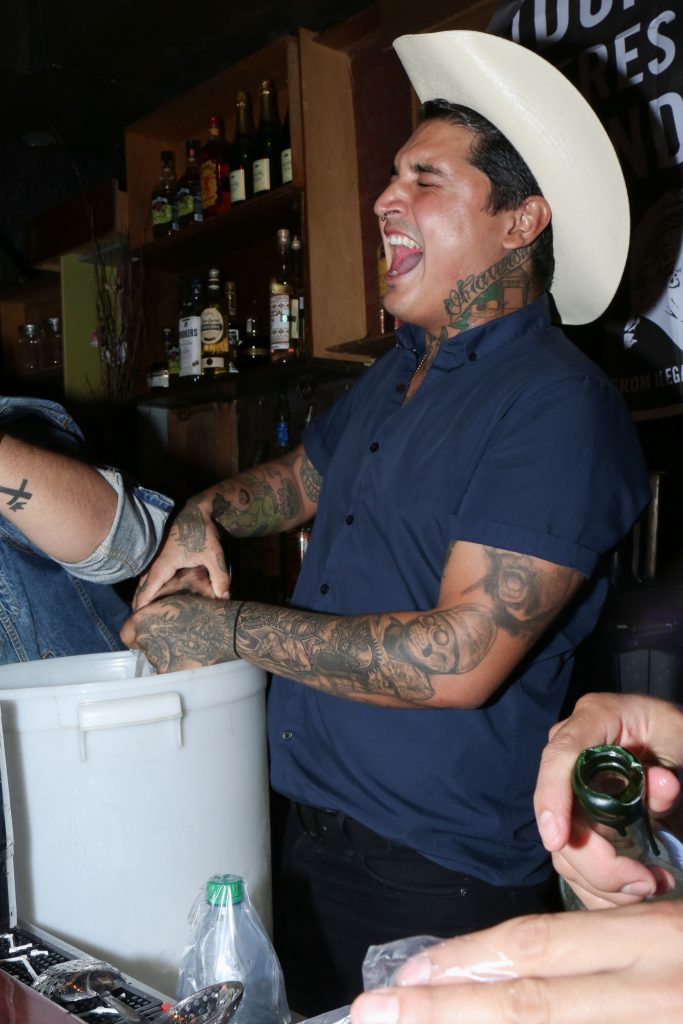 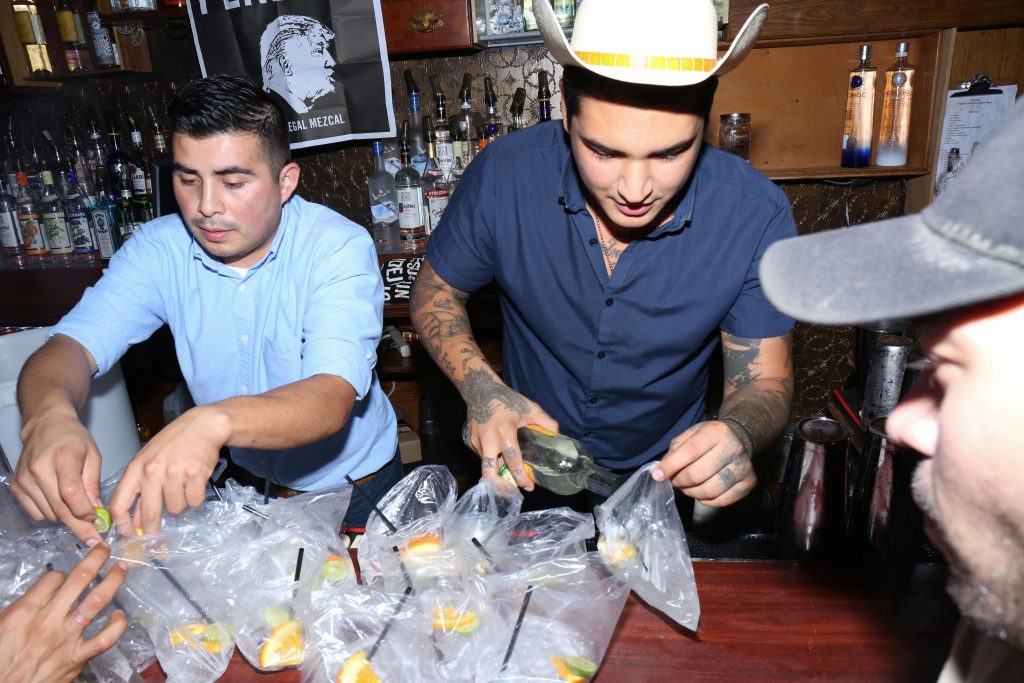 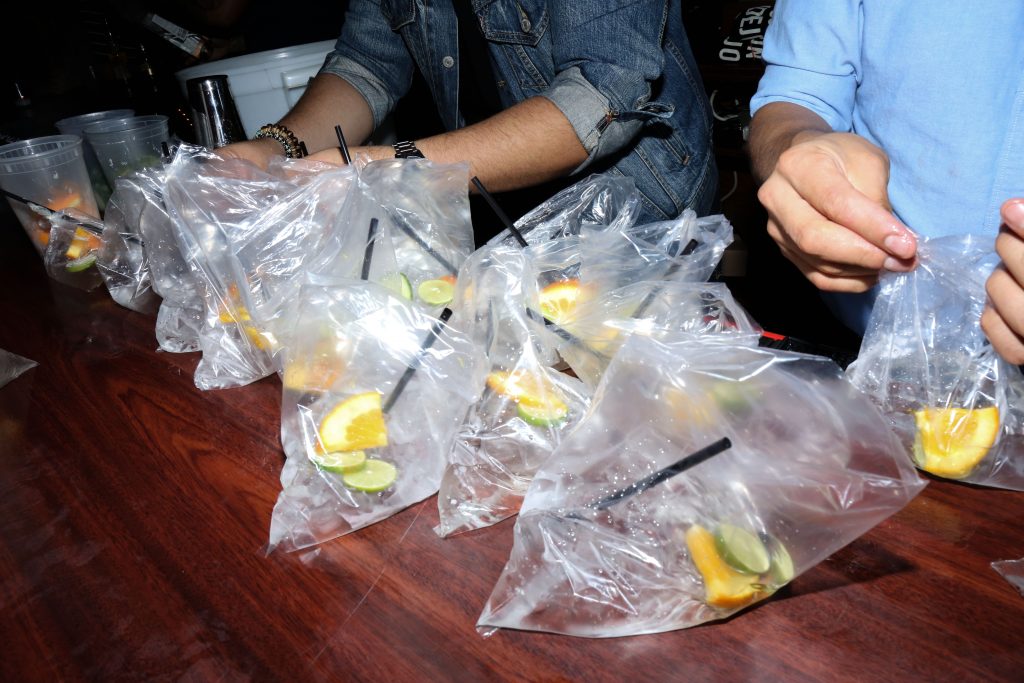 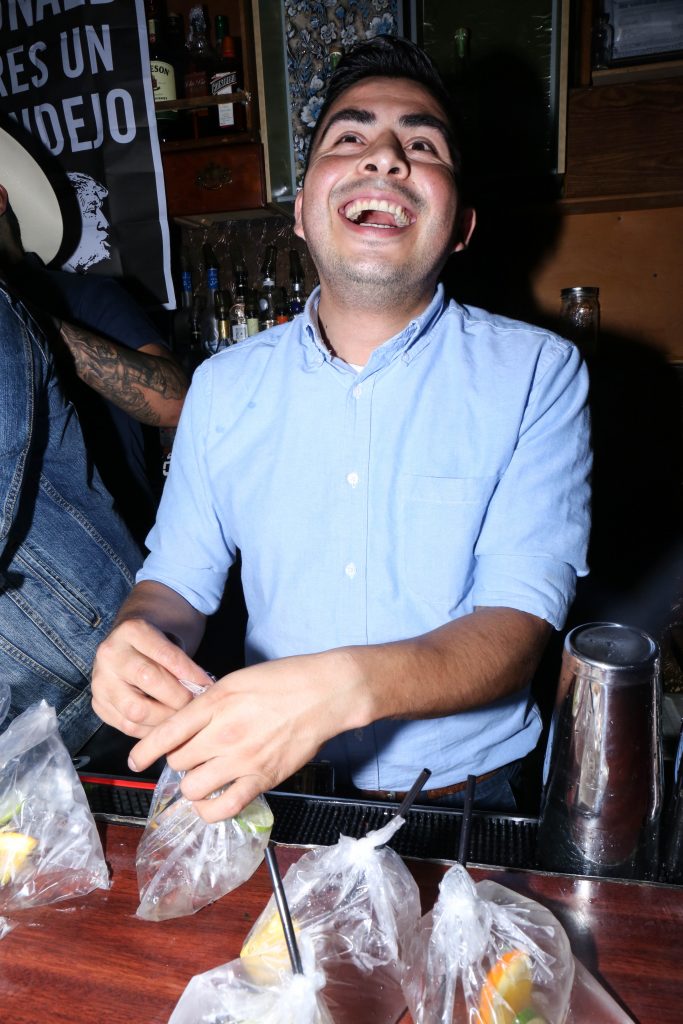 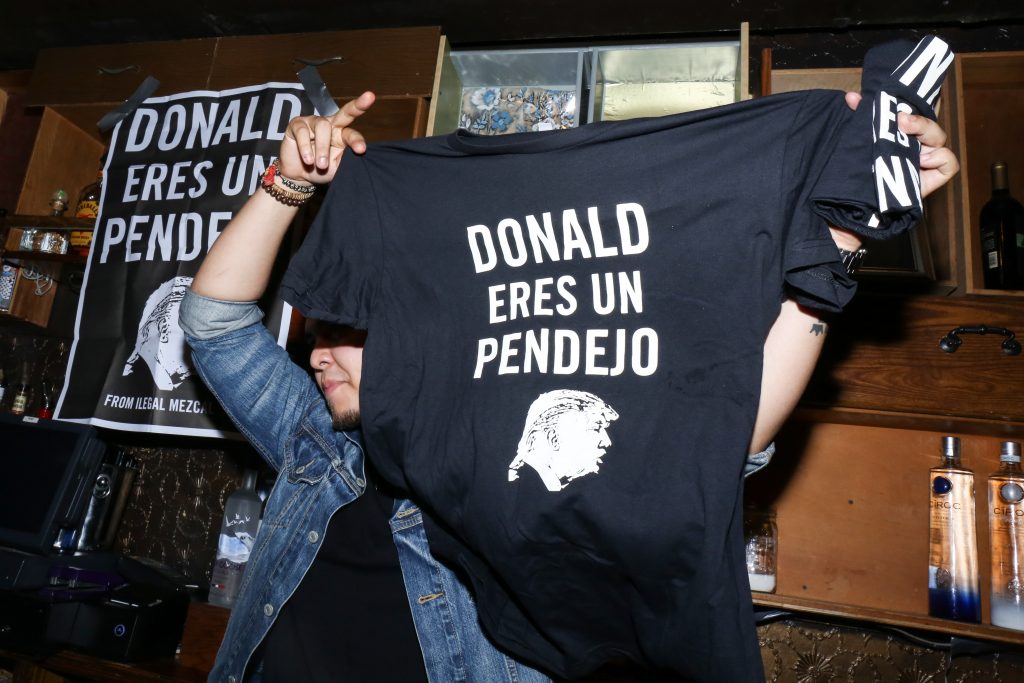 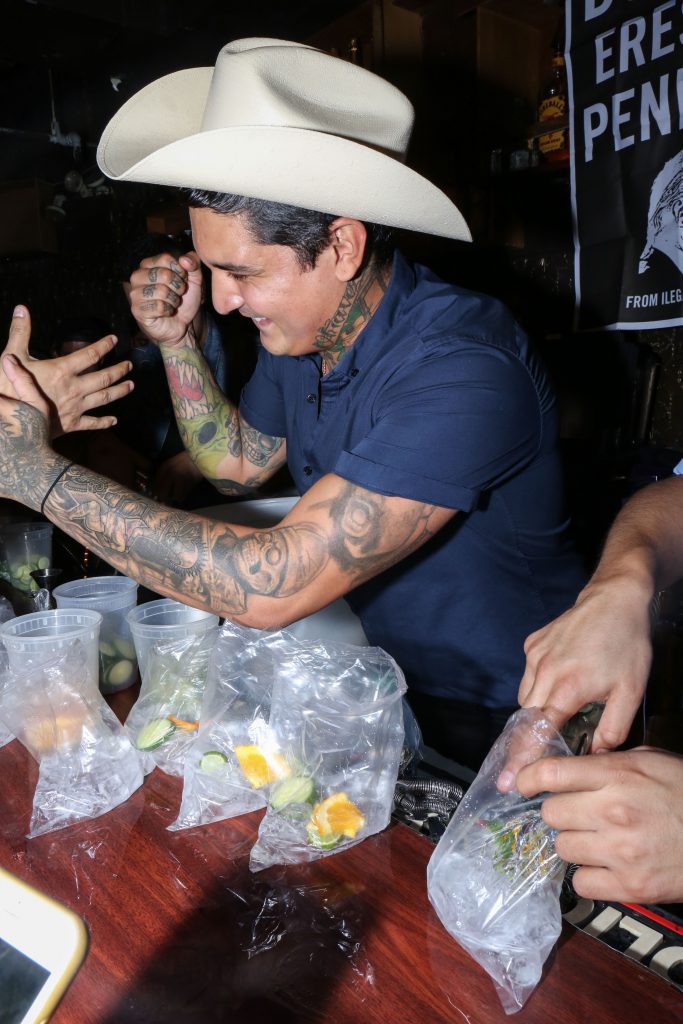