Chef Herrera Shows How To Make Guasacaca With RITZ Crackers
Search
Food
In Partnership with:

If it was up to Chef Luis Herrera, no Venezuelan cuisine – from arepas to empanadas to cachapas – would be eaten without making sure there was some delicious guasacaca on the plate. And what better way to present the sauce than to pair it with RITZ Crackers?

In ours and RITZ Crackers’ recipe series Savory Roots, the diversity of Latin American sauces is explored in a unique and flavorful way.

“When you’re making any type of Venezuelan food, you gotta have [guasacaca] on the side,” Herrera said. “I would say that’s the real importance of the salsa.” 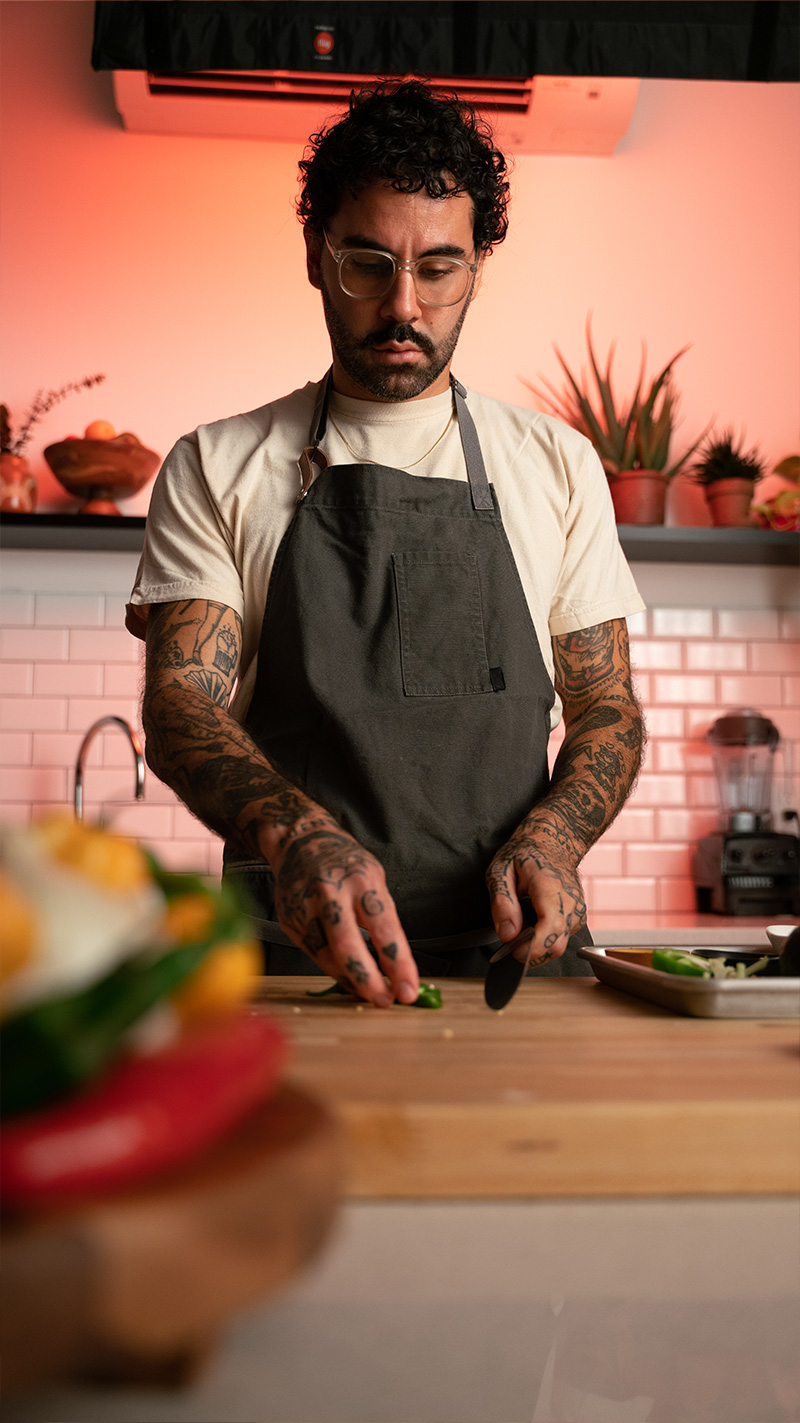 Guasacaca is a staple sauce in Venezuela that can be found all around the South American country, which means it’s not just a regional salsa. Like RITZ Crackers, everyone eats guasacaca, and it connects people from all walks of life.

“Culturally, guasacaca in Venezuela has a lot of importance,” he said. “It unites social classes and different types of people. I remember eating it as a kid.” 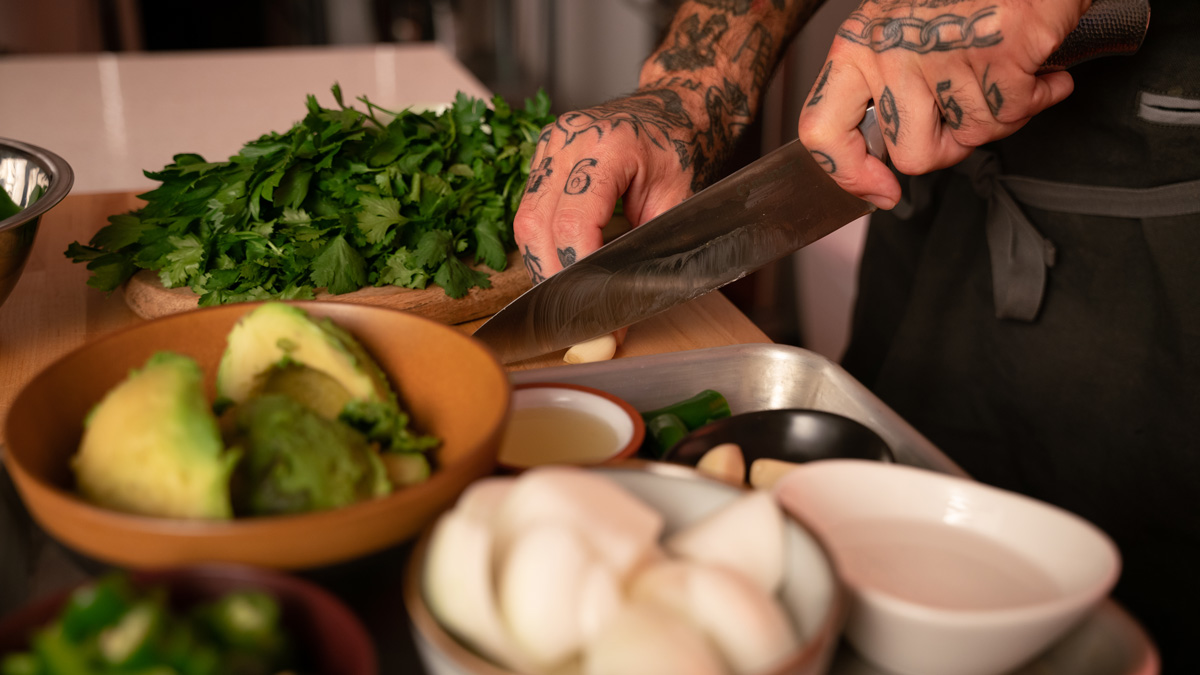 While guasacaca has been known to bring people together for a meal, the preparation of it can spur debate. While most people can agree that parsley, paprika, cilantro, onion and garlic are part of the official recipe, people around Venezuela can’t seem to agree whether guasacada should include avocado.

“Some people do, some people don’t,” Herrera said. “I personally do because I prefer that creamier texture instead of a more runny, broken guasacaca that resembles more of a chimichurri.”

According to Herrera, Guasacaca’s origin story begins inside Venezuelan grills and grilled chicken restaurants and originally did not include avocado. Avocados came later when people started making their own sauce at home. In some variations, the ingredients, including the avocado, are finely chopped and not blended.

Don’t think for a second, however, that just because Herrera and others use avocado in their version means that guasacaca is another type of guacamole. As Herrera puts it, “[guasacaca] is even better than guacamole.” He adds other ingredients to his sauce, too, like green bell pepper, serrano pepper, spinach, distilled white vinegar, lime juice, olive oil and black pepper. He has a box of RITZ Crackers ready for the final presentation, too. 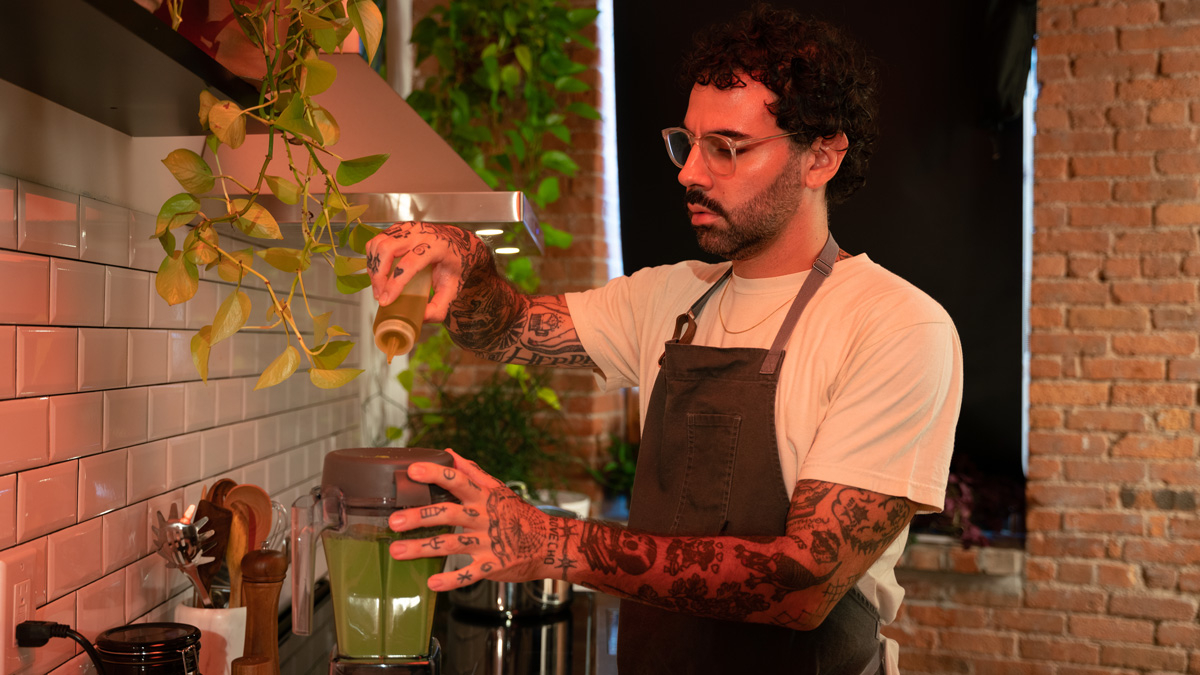 To make the sauce, Herrera boils the blanched spinach, parsley and cilantro for 30 seconds and then shocks them immediately in an ice bath. Then, he puts all the ingredients in a blender except for the oil. As everything blends, he adds the oil slowly.

“I think it’s a great recipe to welcome friends to your home,” he said. “There’s a sense of sharing and being with family and with friends.” 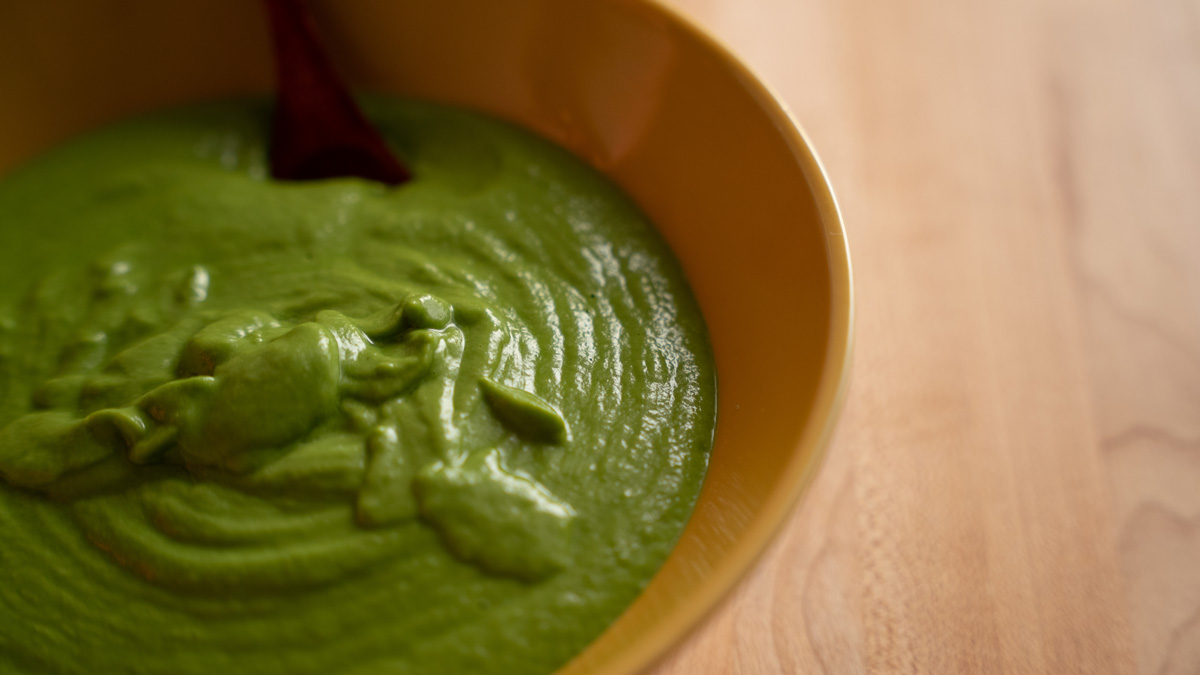 Originally from Venezuela, Herrera traveled to New York in 2012 with plans to visit the city for only one summer. Ten years later, he has worked at several acclaimed restaurants, including Caracas Arepas Bar in Rockaway Beach, Cosme, and Blanca, which earned two Michelin Stars in 2015.

Currently, Herrera is a culinary consultant and spends much of his time showcasing Venezuelan flavors throughout New York City. You can bet wherever he goes, we’d love to ask him for a sample of guasacaca and some RITZ Crackers with its savory taste.

“For me as an immigrant, preserving culture, especially culinary, is very important,” he said. “Guasacaca is a very good example of the legacy and the way we can preserve and keep memories.” 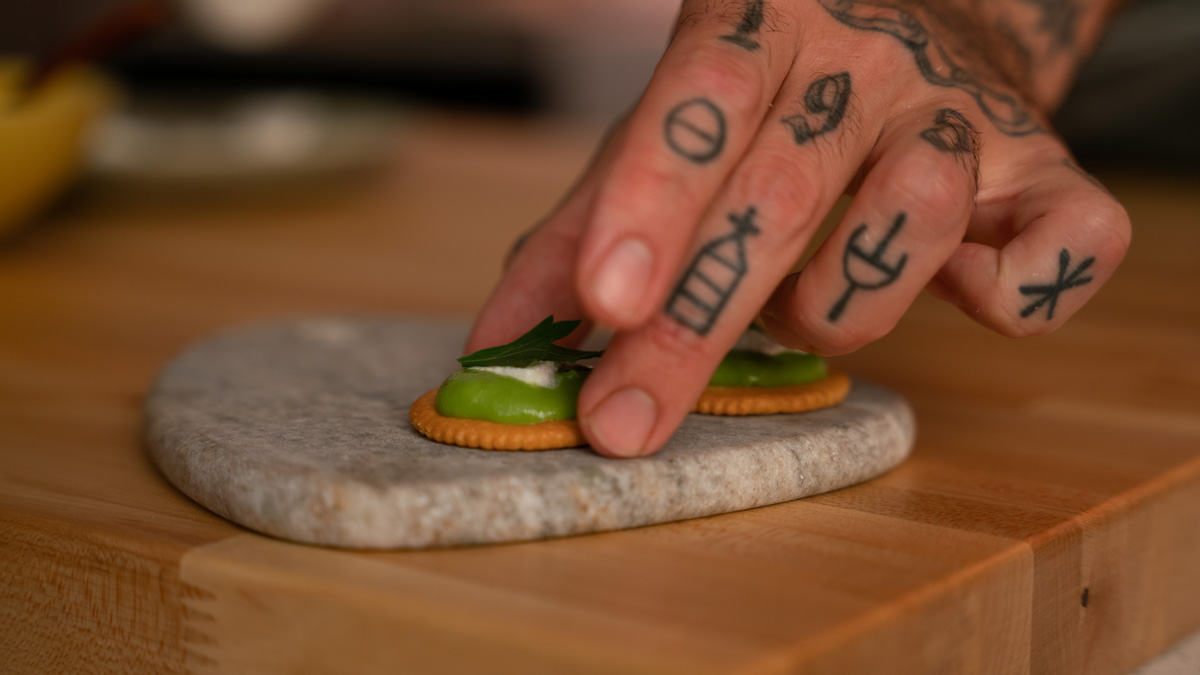 Below is the recipe and step-by-step instructions to make Herrera’s guasacaca: