Fall – or more specifically, pre-winter – may not seem like the most fitting time to open a paleta and ice cream shop, but that’s exactly what dessert queen Fany Gerson’s doing. On Friday, she’s opening the doors to La Newyorkina’s first brick-and-mortar and giving out free paletas from noon to 6 p.m. to commemorate the special occasion.

At her new spot, she’ll sell the paletas she’s very well known for, as well as seasonal offerings like warm chocolatey champurrado. For the Mexican-born chef and author, this move has been a long-time coming. “This has always been the dream,” she told me. “But it took a little longer, as we had some setbacks, like Hurricane Sandy, which destroyed our kitchen.”

The 2012 storm derailed her plans, but her business continued to grow. In 2014, for example, she began running La Tiendita out of Red Hook. And before this week’s official grand opening at 240 Sullivan Street, Gerson’s sweets (including her Dough doughnuts) have been available in at least nine different locations throughout Manhattan and Brooklyn.

And though La Newyorkina has a really solid plan for winter – offering delicious and body-warming coffee from Chiapas and hot chocolate from Oaxaca – many more paletas are on the menu. The new store will offer close to 40 paleta flavors, and about 12 ice cream ones. Plus, she’s also debuting nieve de garrafa – a custard made by hand in a wooden barrel paddle that requires a new batch every day because it won’t hold up overnight. And at some point, La Newyorkina will also have marquesitas, a wafer-like treat filled with cheese, homemade jam, or cajeta.

This year has been a busy one for Fany, but she wouldn’t have it any other way. “I am very excited to see the dream come to fruition and for La Newyorkina to have a home where we can feature all the different things we have and add a lot of what we’ve wanted to do,” she said. “I feel so happy, nervous, excited, stressed, ecstatic – all at one. Crying every five minutes and overwhelmed, but mostly just pinching myself.”

This week, we headed to her azulejo-adorned shop to get a first look at the paleta paradise, or what Gerson has spent so much of the last year crafting.

All photos by Itzel Alejandra Martinez for Remezcla 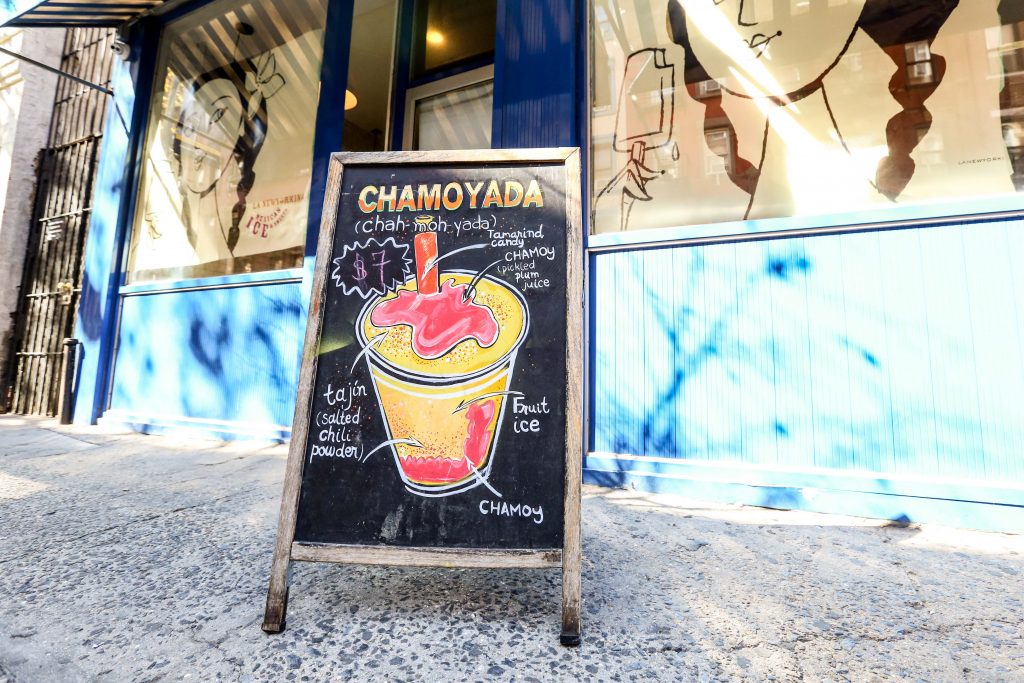 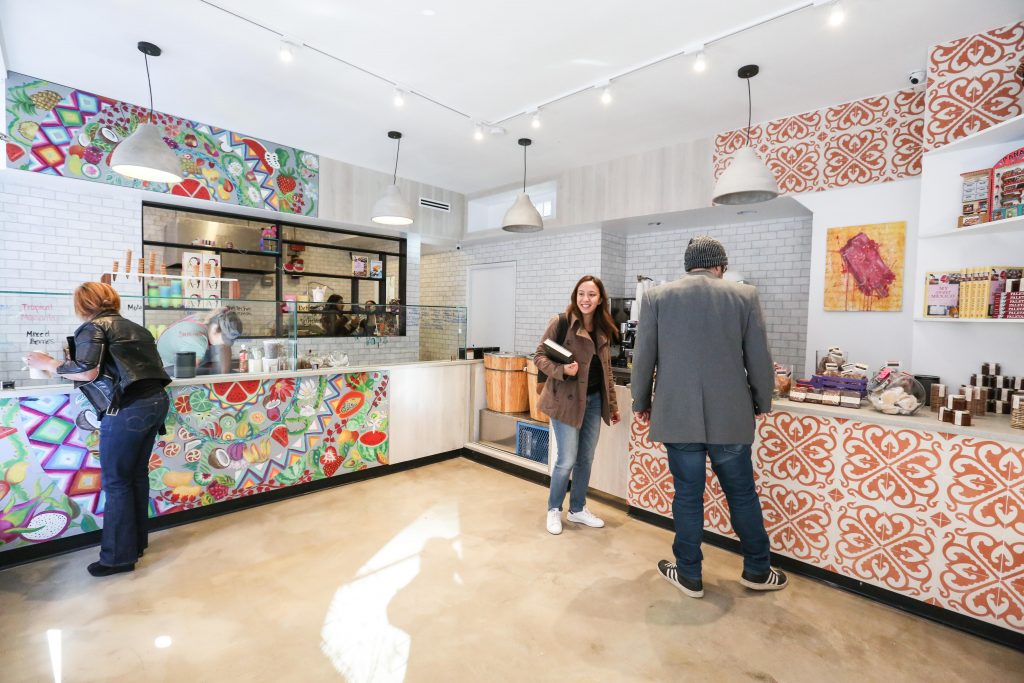 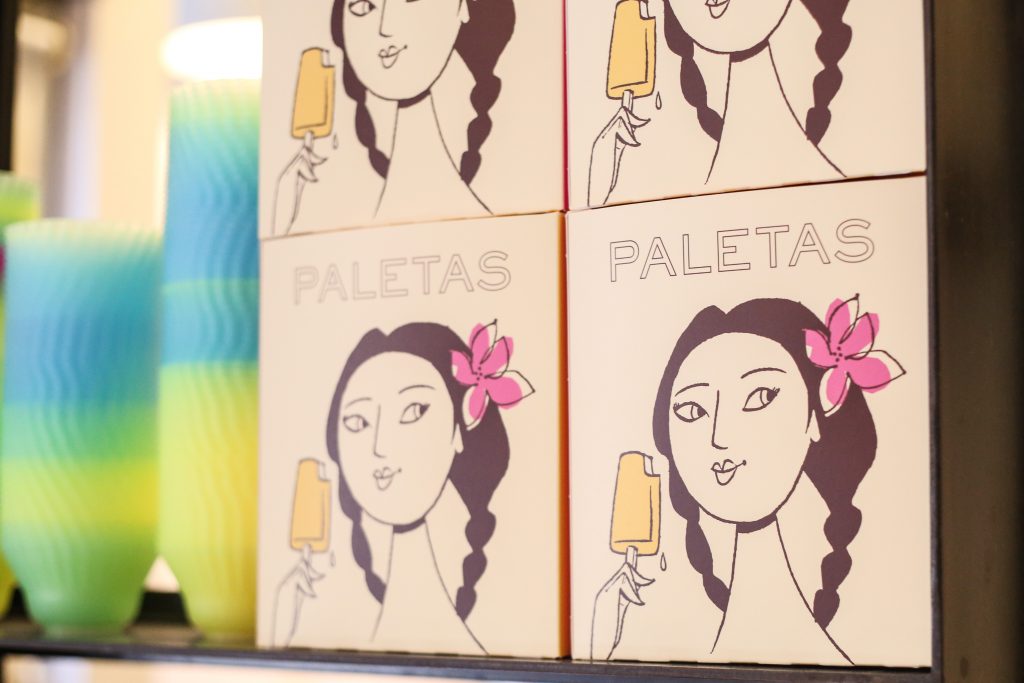 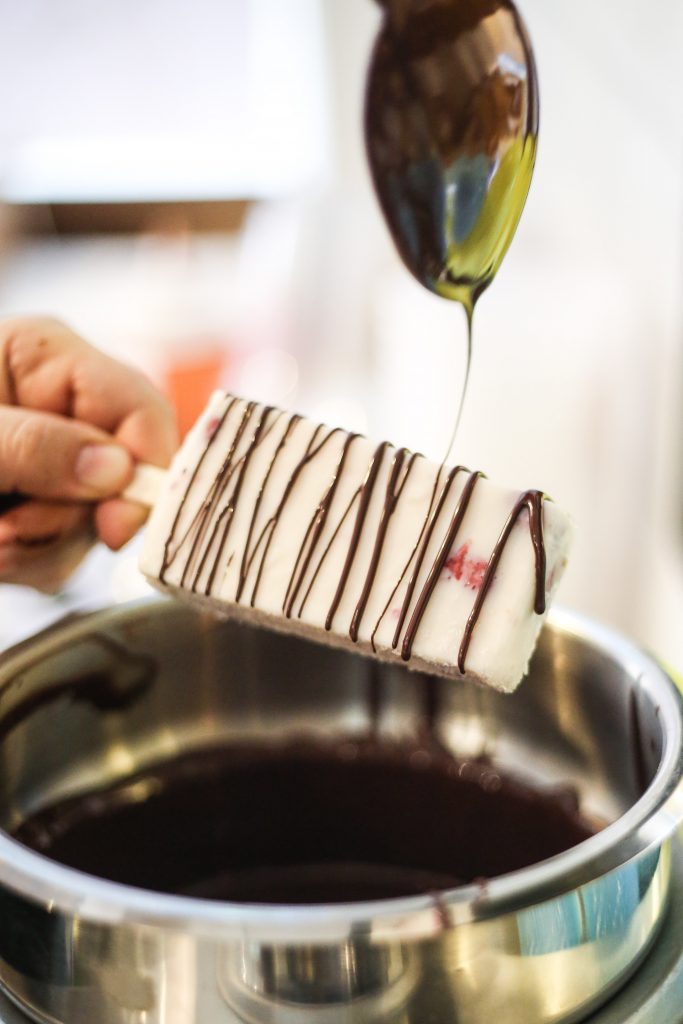 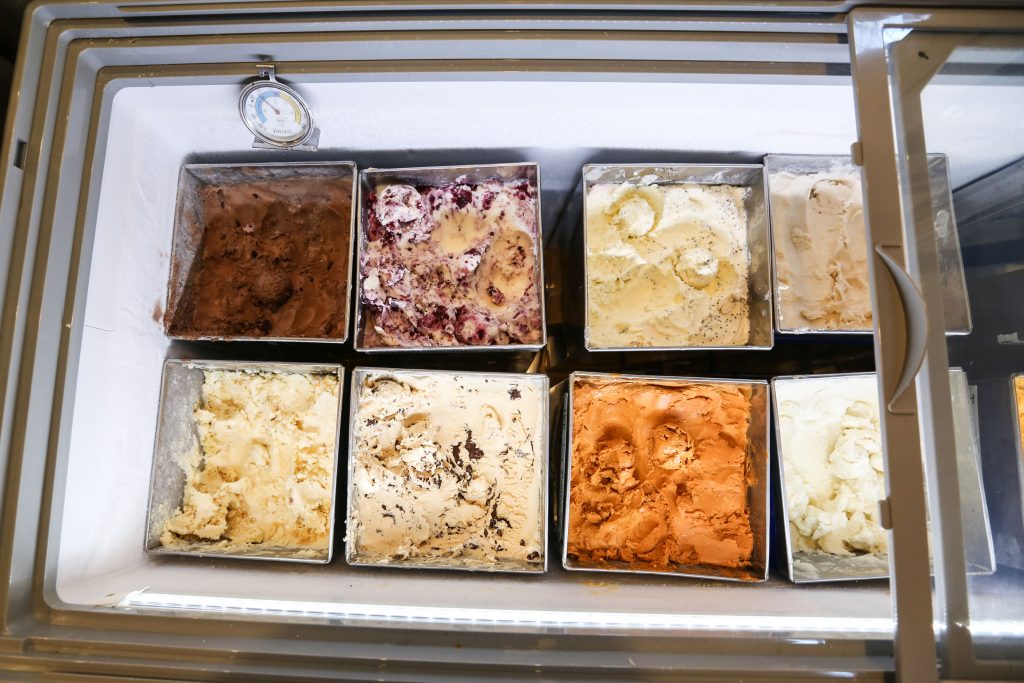 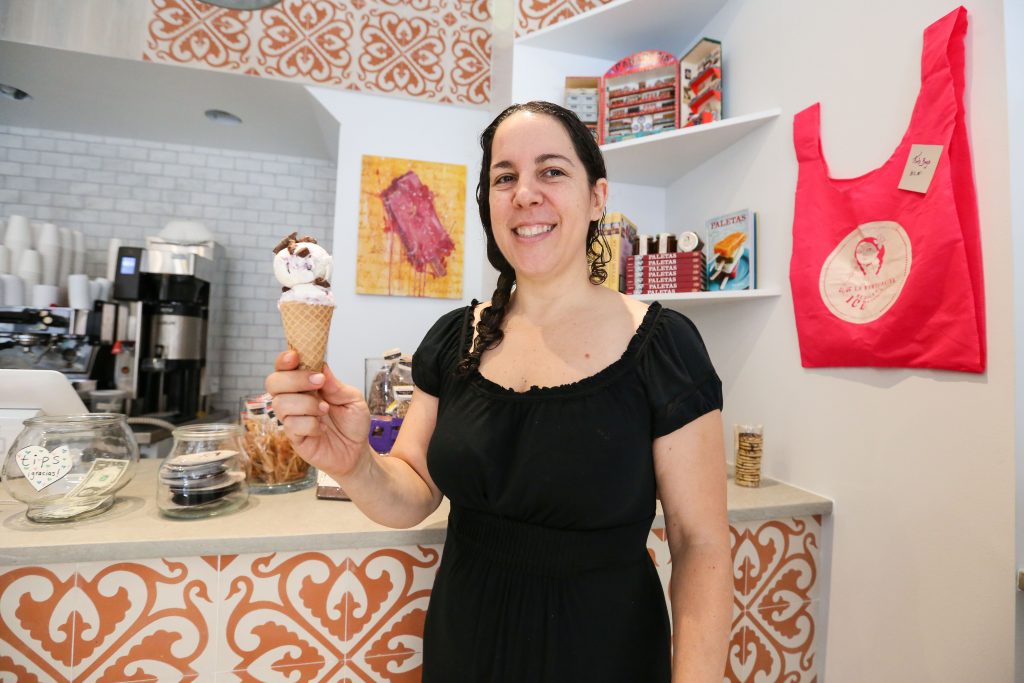 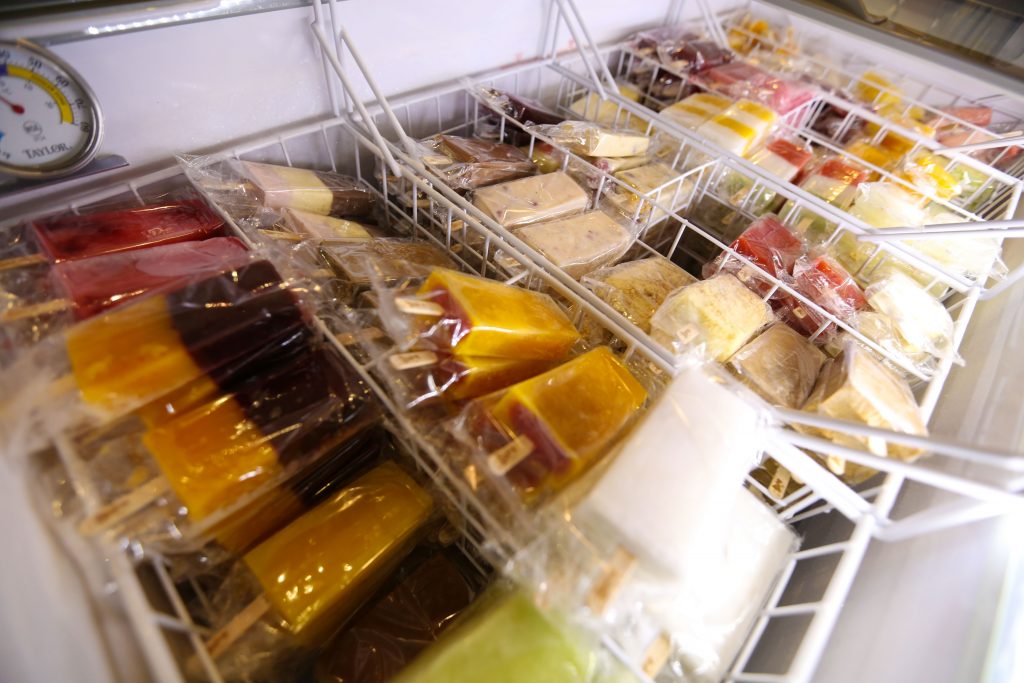 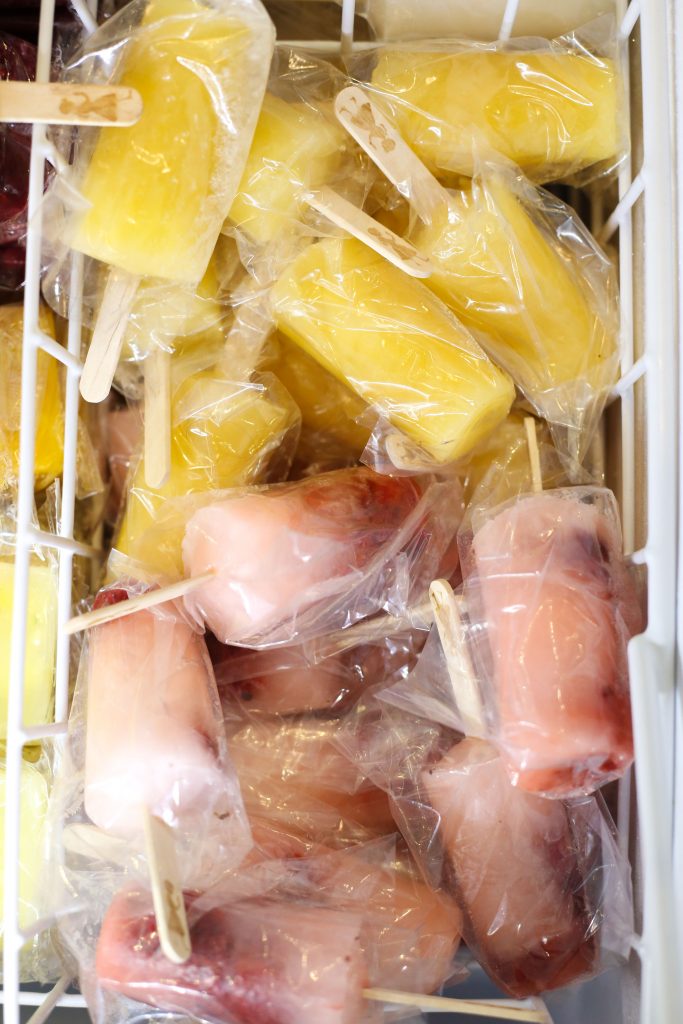 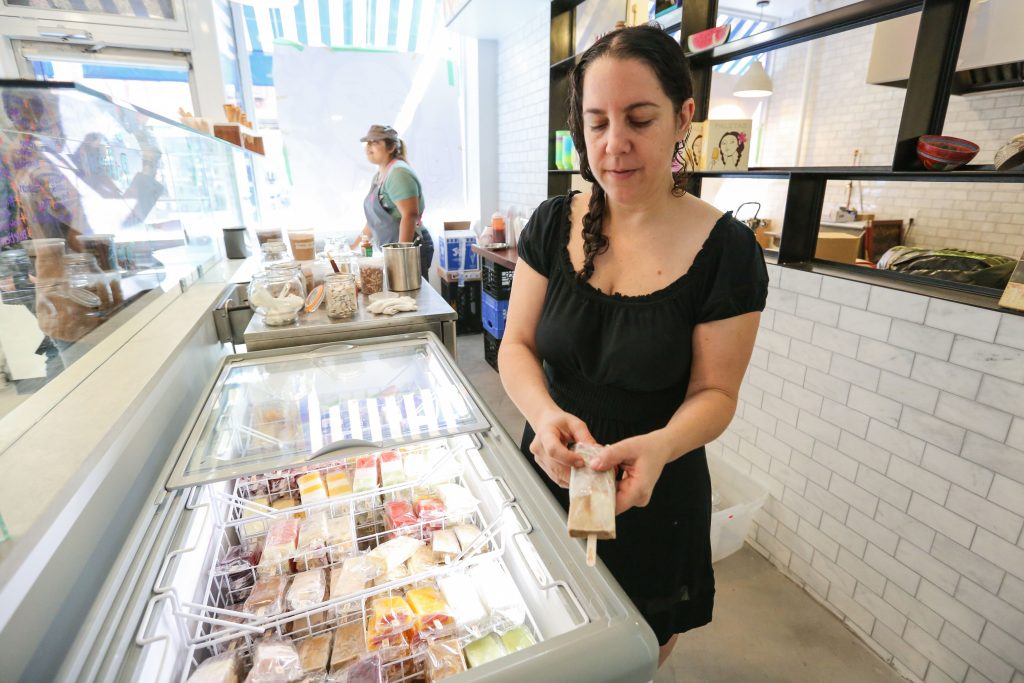 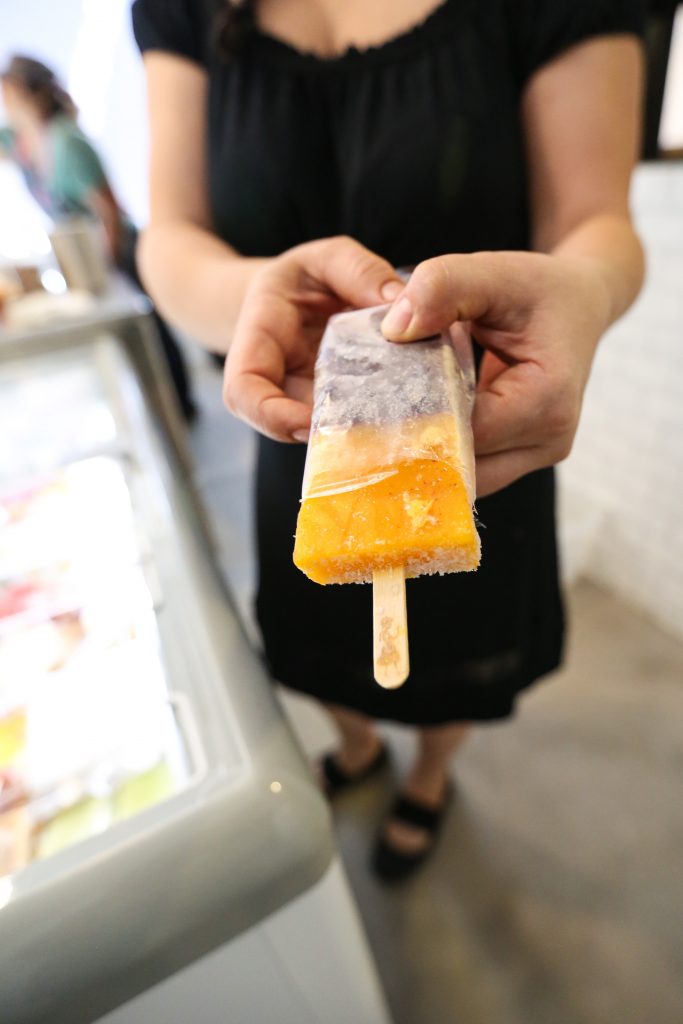 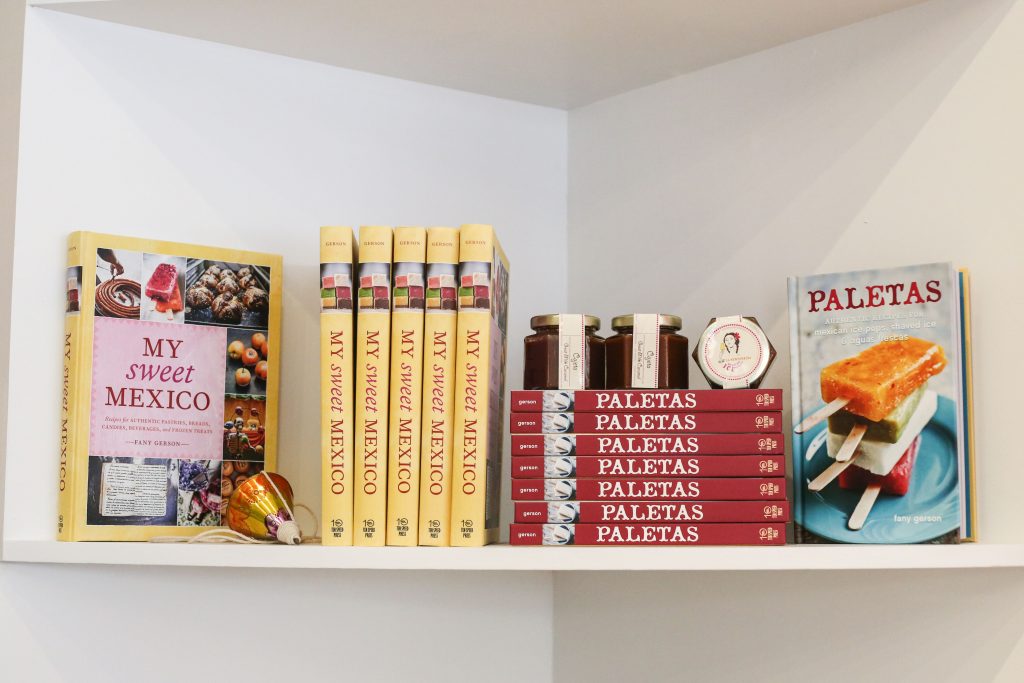 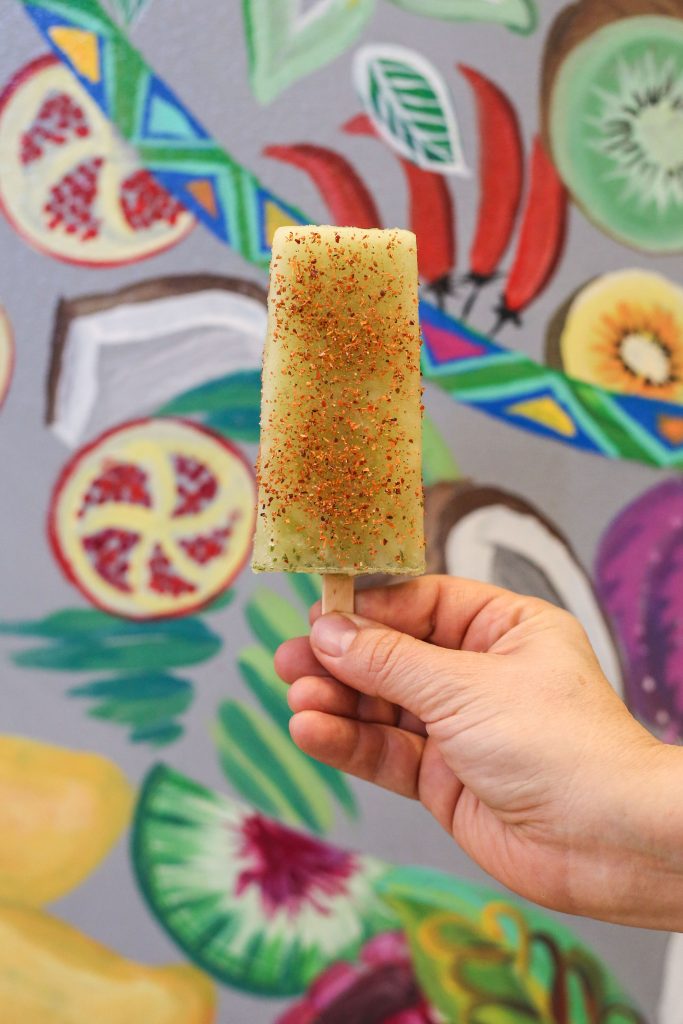 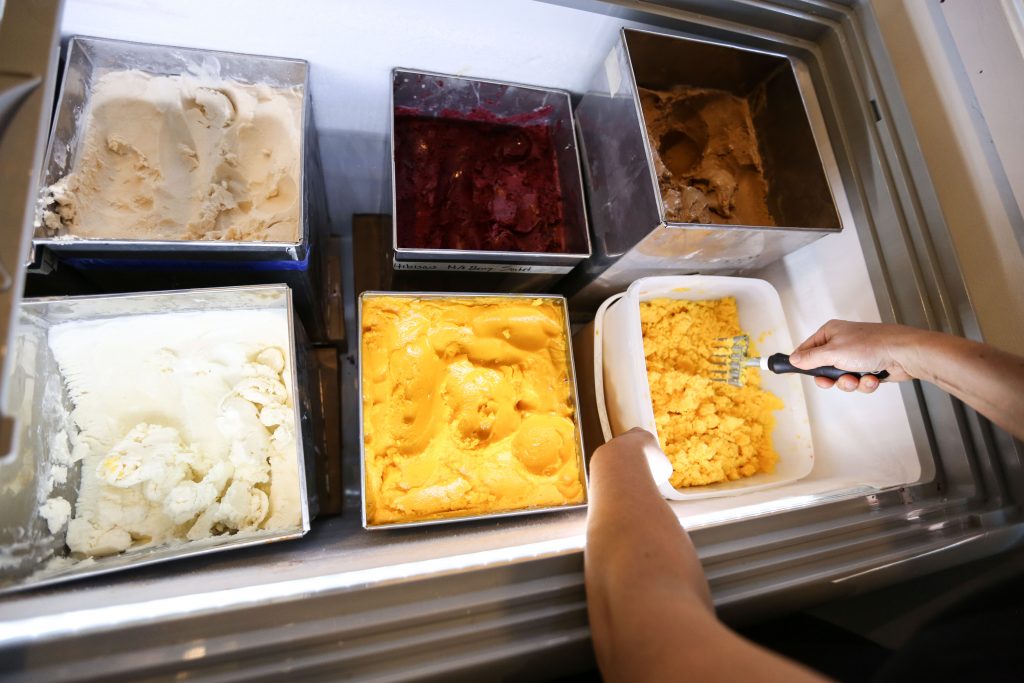 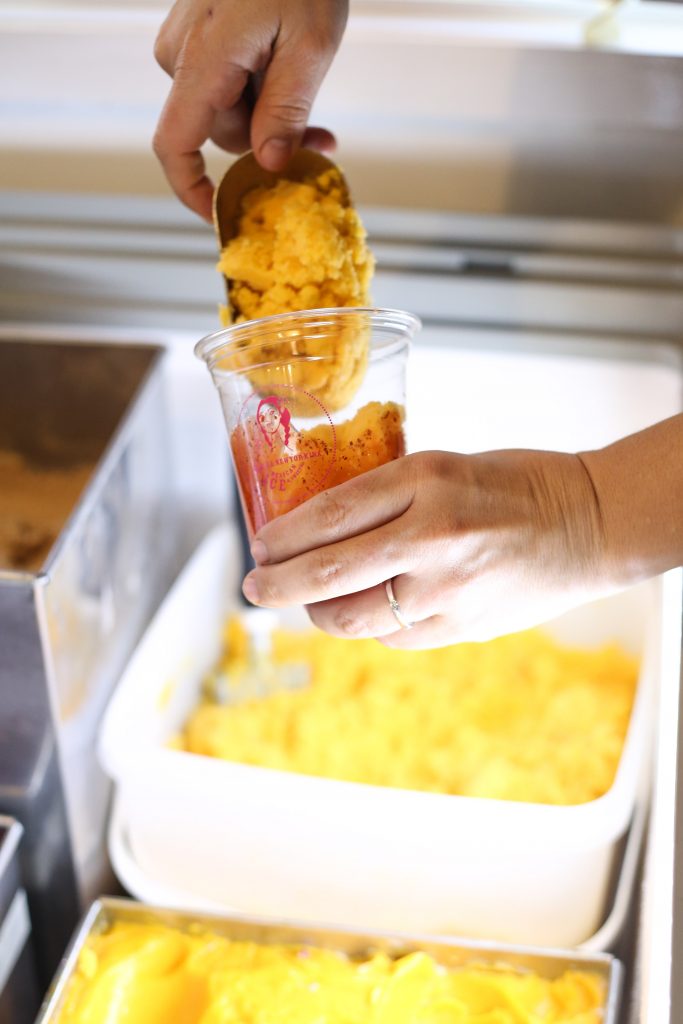 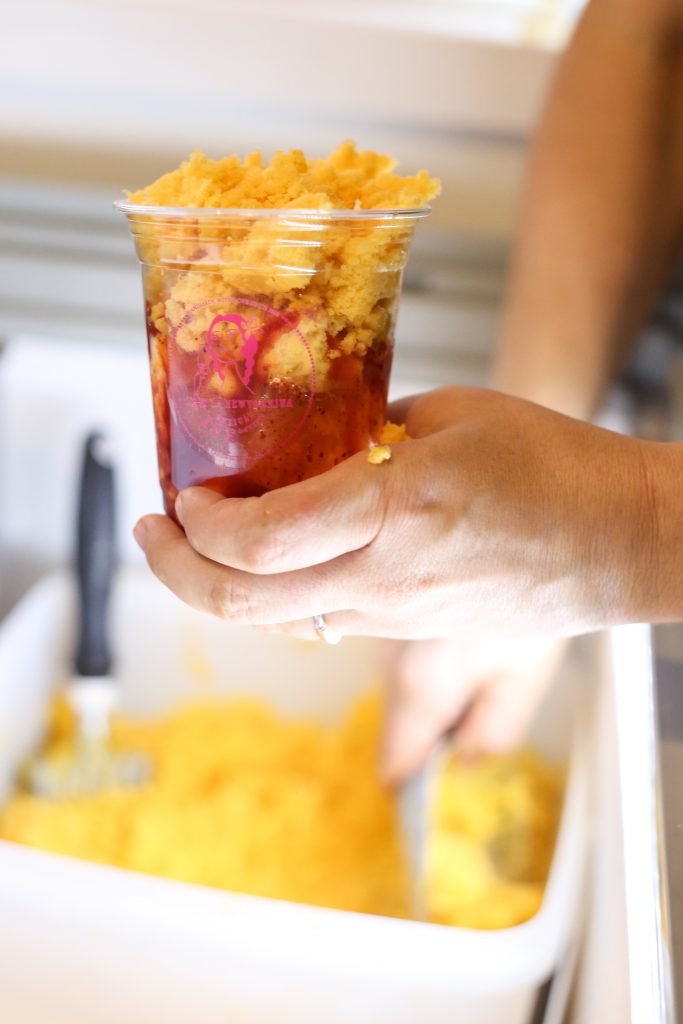 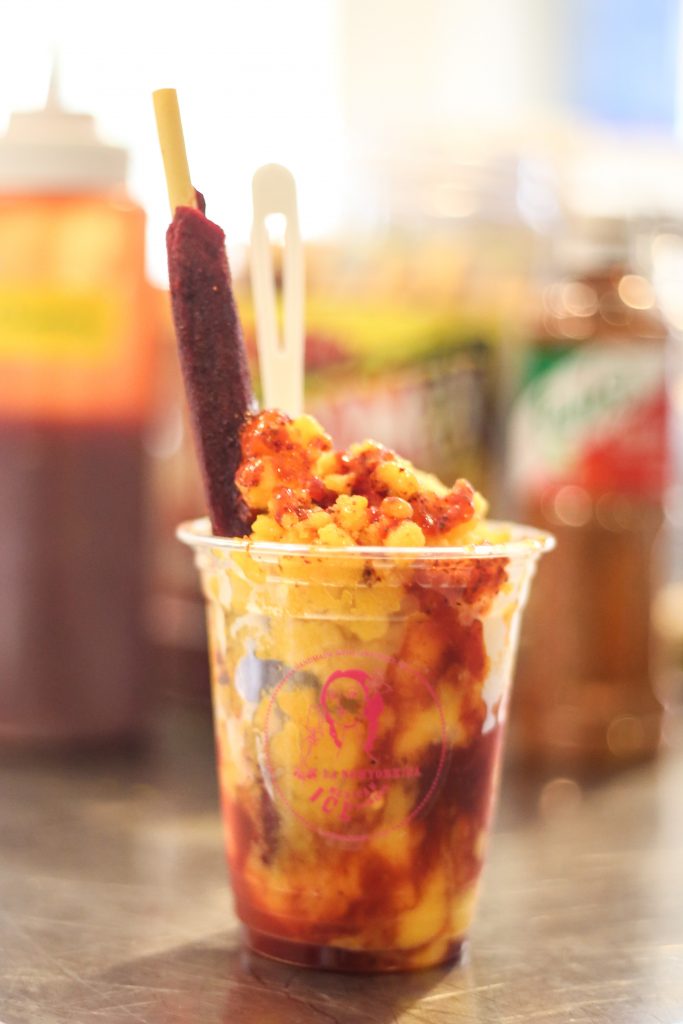 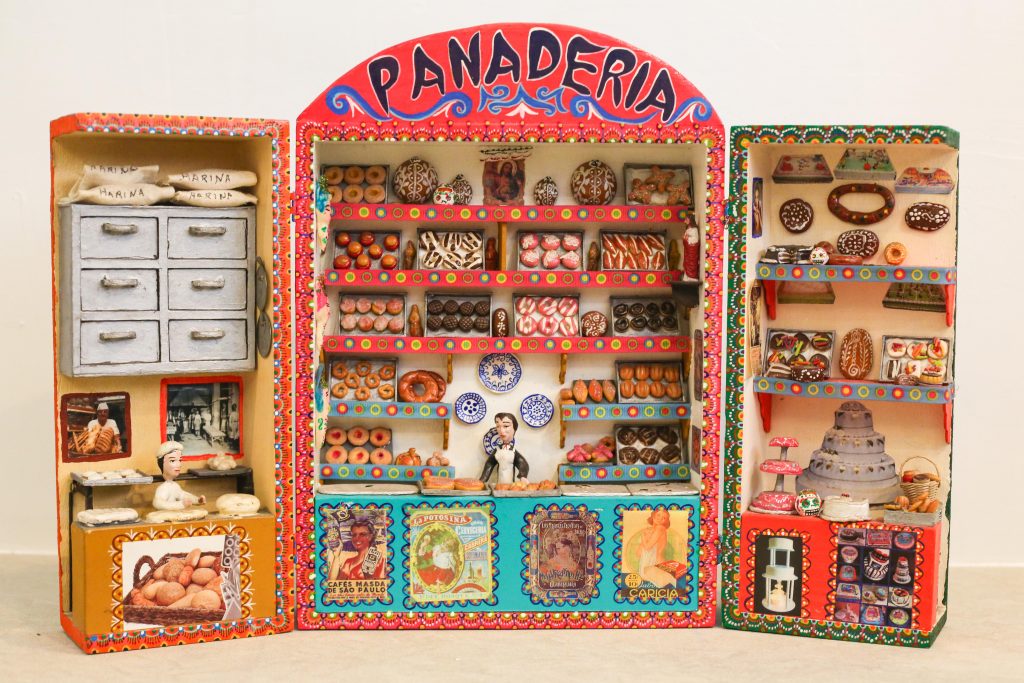 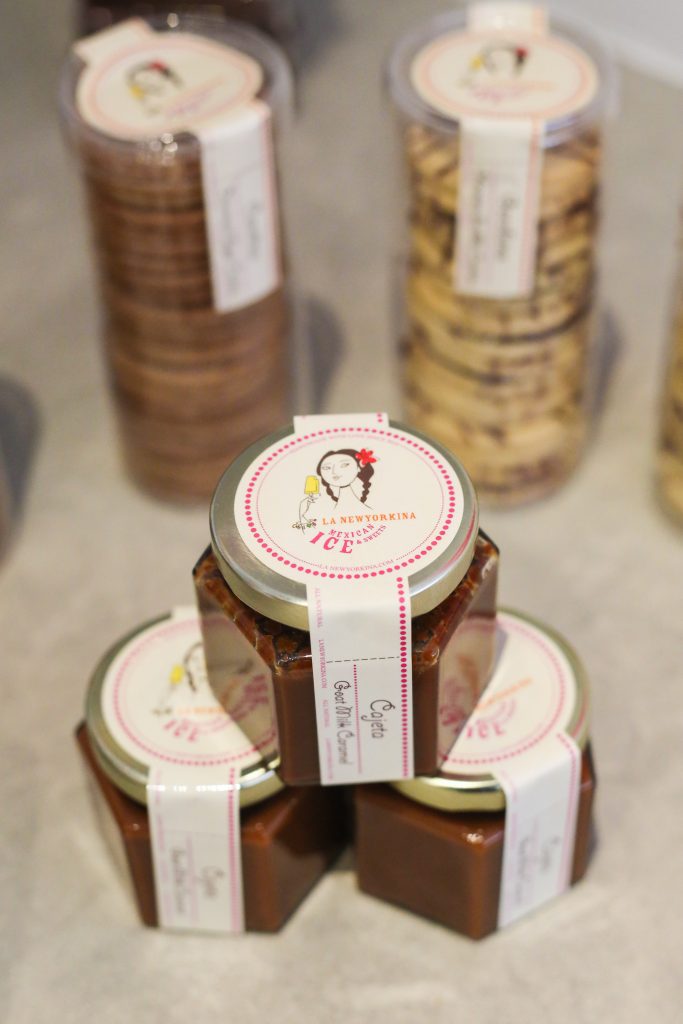 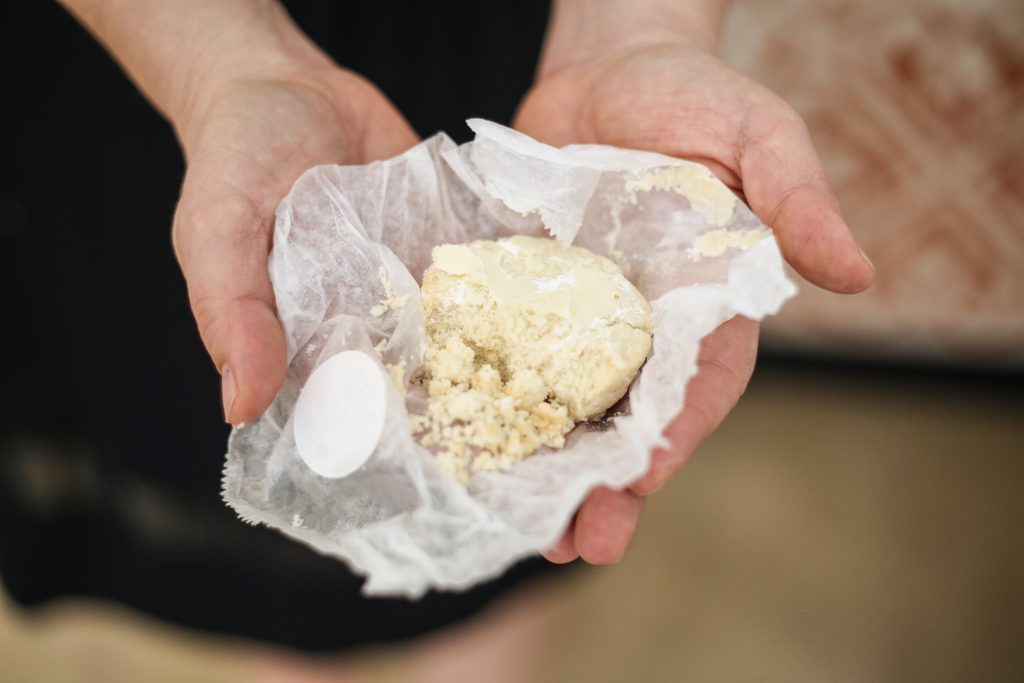