By Cinthya Vasquez
02.11.21
Art by Stephany Torres for Remezcla

Music is resistance, ancestry, pleasure, healing and courage. It provides a powerful path to reconnect, explore, vibrate, and regain joy, making it vital for many of us, especially during the turbulent times we’re experiencing. Sadly, amid the pandemic, artistic and cultural workers have been one of the groups most affected by the fallout of the global crisis.

Nonetheless, many independent artists—who intimately understand the need to reinvent themselves and transform adversity into fuel—have continued fighting to raise their voices and spread a message of collective resistance. These artists are aware that telling their stories in authentic ways, challenging “normality,” tearing down stereotypes and addressing social injustices means working twice, or even triple, as hard.

“To be an independent artist is to believe in community work, reestablishing the norms dictated by an industry that wants to determine what ‘art’ is, and where a single figure that obeys the canons of what’s ‘desirable’ and ‘official’ is the model they want us all to follow,” the Colombian artist LoMaasBello shares.

To be an independent artist is to believe in community work.

Still, they wouldn’t do things any other way—and their efforts deserve to be rewarded and recognized. Today, we highlight the courage and work of seven independent artists based in the territory known as Abya Yala. They’re shaking up the music scene by unapologetically transforming their experiences and ideas into collective memories of resistance, joy, and gratitude in a complex era. 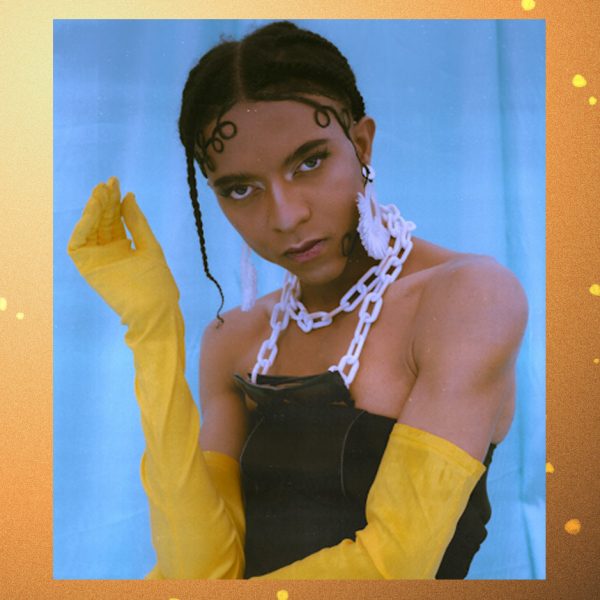 “I am an Afro-cuir, multi-talented artist and fashion designer from Buenaventura, Colombia. For about five years now, I’ve been living in Bogotá, a city that makes me fall in love every day with a diverse and multicultural vibe. My beginnings in music go back to the end of 2018, when I started doing freestyles of my favorite songs on social networks, which quickly gained popularity.

My art is tremendously influenced by the experiences of marginalization and oppression lived by racialized people and/or people with diverse gender identities and sexualities. I combine music, performance, and Afro-cuir activism in a disruptive personal proposal that faces the racist, transphobic and sexist scene known as ‘urban music.’ Currently, I am also a member of the Collective Afro-Diverse Posa Suto.” 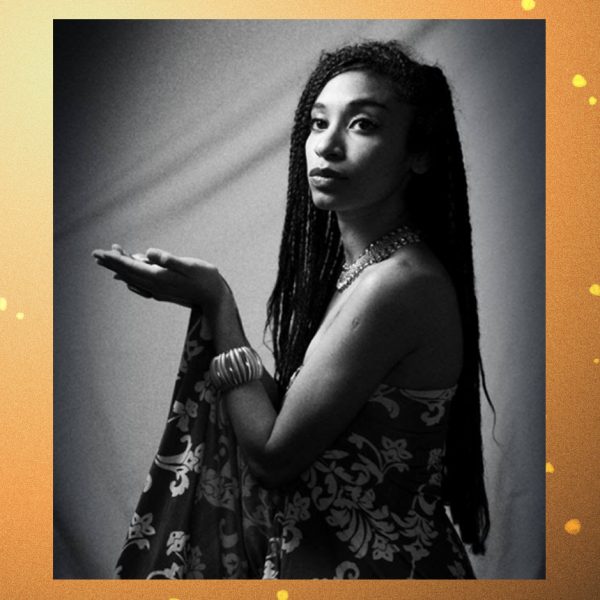 “My name is Carolina Carbajal Navarro. I have gone by Karolinativa for about 16 years now in the world of rap and music from el barrio. I am an independent Afro-Peruvian rapper, a Black woman, a daughter, a granddaughter, and an aunt.

Music has always been one of my primary sources of nutrition, so I have a big need for music to tell history as it is, and not the ‘official’ one. I believe in the power of the streets. I believe in the power of the community, and I believe that if we are not in the community spreading the word and sharing love and knowledge, efforts pushing for change do not make sense. Currently, in addition to being an independent artist and part of the group Afrocombo, I am a co-founder of Qimba, an Afro-textile project where we highlight Afro-Peruvian culture.”

Check out her latest music on Spotify. 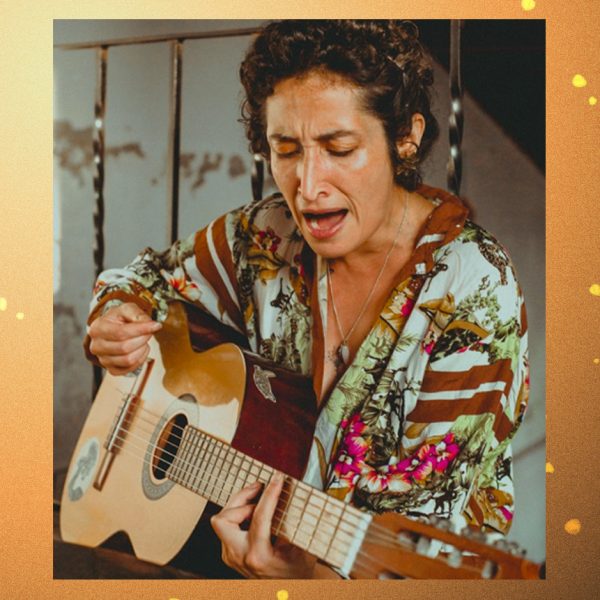 “Luzma, who was born in Chile, is a mother of three humans, an independent singer-songwriter, and a voice therapist. They migrated to Peru with their children, where they started singing in the street and are now developing a successful career of approximately 20 years.

Motherhood and migration have shaped their path. Along the way, they understood how the accumulation of violence and emotional pain is imprinted on our bodies and expressed through our voices. Understanding that, Luzma has become a recognized, grounded, and passionate vocal teacher directing ‘La Voz Propia’ an independent voice therapy center that helps artists, educators, actors, and everyone who wants to reconnect with the power of their voice. Luzma is also part of the Latin American band Sempre Viva and is currently exploring their own power and their queer motherhood. They will soon launch the single ‘Marika,’ featuring and produced by the artist Yanna.”

Check out La Voz Propia here. You can also find Luzma on Spotify. 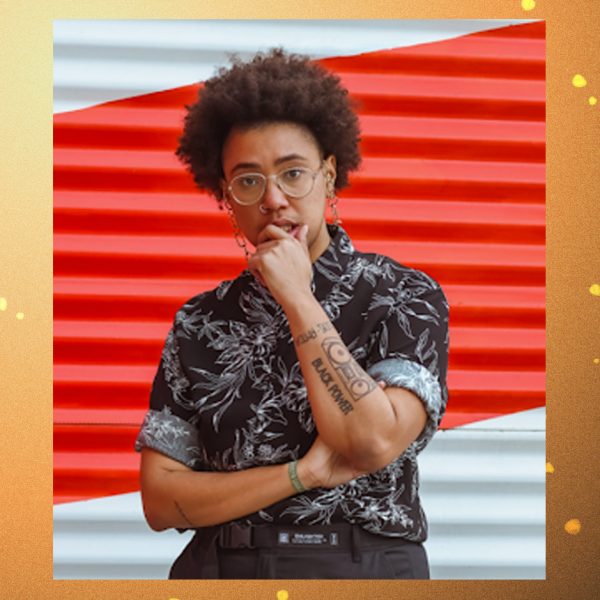 “In a so-called ‘white’ Argentina, growing up as an Afro-Argentine is very difficult and lonely. Everyone assumes you are not from here and/or they think it’s okay to ask. I feel the looks, laughs, and some even dare to stick their fingers in my hair without permission. Every day, I transform pain into power with the guidance of my ancestors, and I express that through music.

I am an artist that seeks to uplift Black people in every way. I fight back against a media that only centers white people making Black music in Argentina. My calling is to challenge that ‘normality.’ Being among us is ‘kilombo’—that is, resistance. My music is for Black people as a way to honor and thank our ancestors that we are alive. Afrotrvp wake and anti-racist, merging the new with our ancestral roots. “ 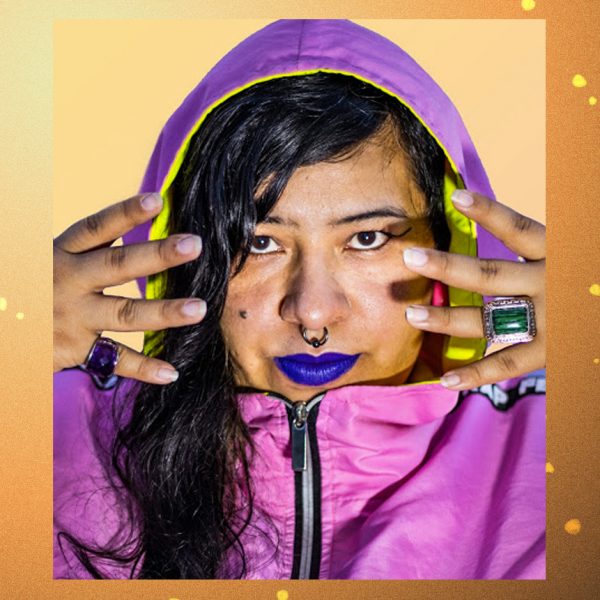 “Colombian singer-songwriter, rapper, and fat lesbian artivist Yela Quim believes in art as a way of uplifting, resisting, and healing the wounds of sexist war and violence.

Her first album, We Resist War, is inspired by the war context of her country. It is a cry of struggle and resistance for women’s rights.

Her political/artistic commitment centers around the defense of joy. Using decolonial language, she sings and raps and highlights lesbo-feminism resistance, fat activism, and the free abortion movement.”

Listen to Yela’s ‘We Resist War’ album on Spotify here. 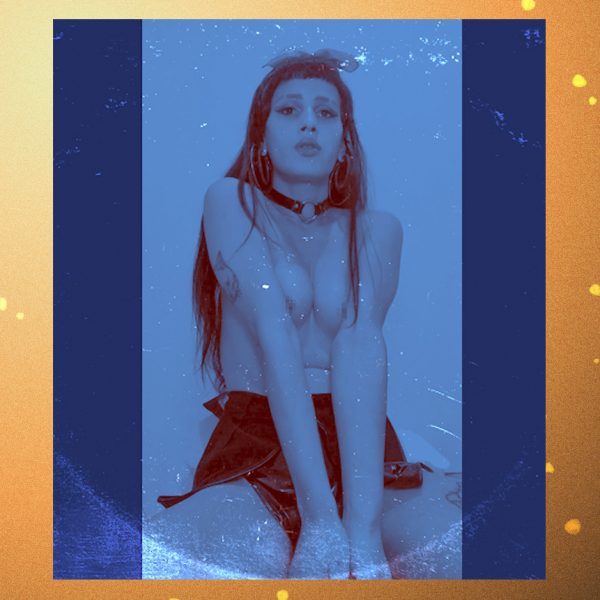 “My name is Sasha Sathya. I am a transgender MC, DJ, songwriter, and producer. I was born and raised in Gran Buenos Aires, Argentina, the suburban area that surrounds the capital.

I began my career as a soloist in 2013, publishing songs on social networks and performing in Argentina’s LGBTIQ urban and dance music circuit, at various renowned festivals and trans-feminist spaces. In 2019, I released my first album ReBeba MiXXXtape in a self-managed way. I made my first tour through various local provinces, as well as Uruguay, Spain, and Portugal. I am currently working on the production of several releases that will be published throughout 2021.” 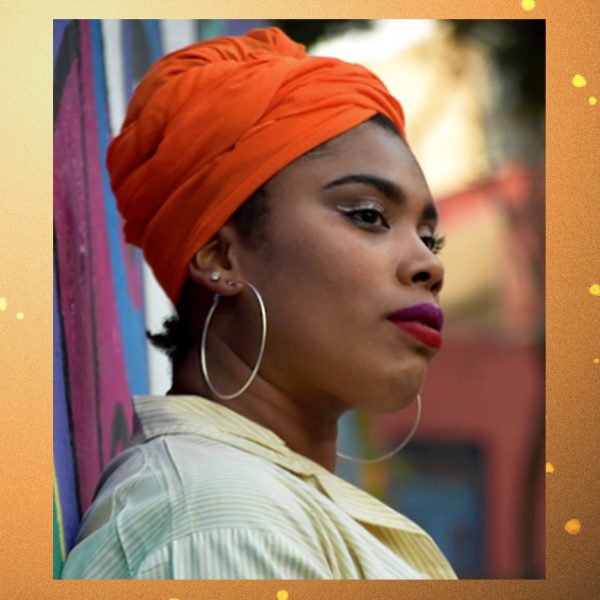 “As an Afro-Peruvian artivist, cultural agitator, and independent artist, Nani Medrano raises her voice to center and honor her ancestry and life experiences. She breaks the silence and the canons established by patriarchal and cultural hegemonies, creating art that mixes her ancestry with the exploration of her freedom.

Nani decides to be herself. Her own voice, body, actions, militancy, artivism, motherhood, and music keep alive the roots of her people — from her experience as a woman and a contemporary being. She also highlights that currently many independent artists have to continue to go to the streets to sustain themselves due to the lack of equity in the music scene. “