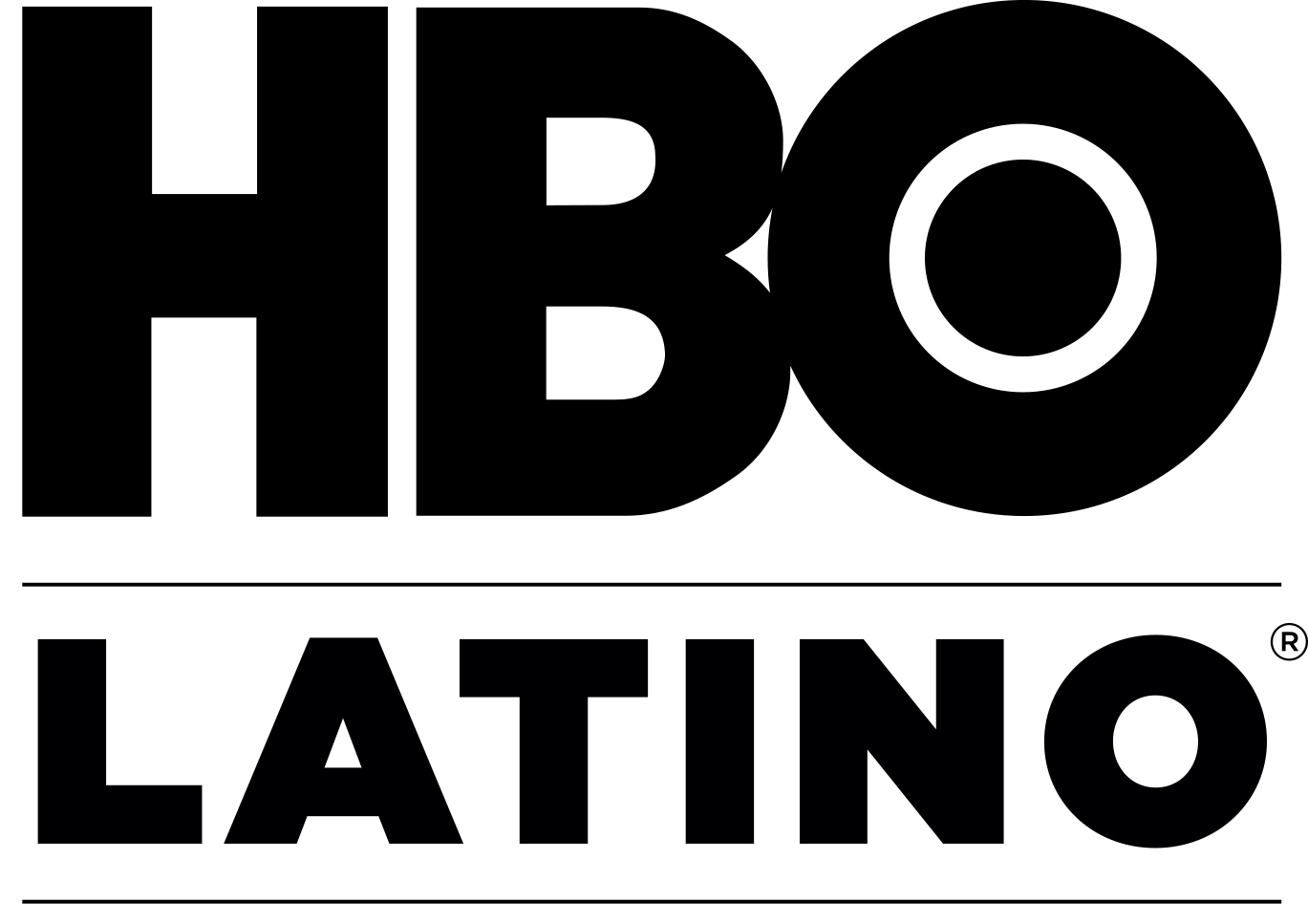 Quarter-life crises are often pivotal in shaping us into who we’re actually meant to become. Despite it being a herculean undertaking, it’s a time for inner mulling that can lead to growth and potentially even re-creation. Reggaeton is going through a bit of a quarter-life crisis. Birthed from reggae and dembow in the 1990s, the genre has been dipped and fused into just about everything from flamenco to rock since then, becoming a pop staple along the way. Though its longevity is all but assured, it continues to float away from its roots both in image and sound. Luckily, a few artists have taken on the task of ensuring the genre’s origins aren’t suppressed or forgotten. Farruko is one of the few at the forefront, doing so in the most overt fashion.

Evidently, plenty of us are listening to Farruko’s latest experimental project on repeat. Currently the top fifth Latin album on Billboard charts, Farruko’s Gangalee has been a blissful breath of fresh air since its April drop. Yet, despite (or maybe because) it’s a visionary work, it’s somehow one of the least talked about projects of the year. Like fashion, music tends to be cyclical, with artists choosing to revamp and refresh the most iconic of riddims, proving that nothing (or seldom anything) is truly new under the sun. Farruko, who has over a decade of experience in the music industry, has been a part of that time of reinvention for reggaeton, trap en español, and now reggae – evident in everything from the project’s branding to distinct shouts and ample ganja references.

At 28, Farruko (born Carlos Efrén Reyes Rosado) has a Latin Grammy and seven albums to his name. In 2015, he crowned himself a Visionary, in 2016 El Talento del Bloque, a trafficker of trap on the album TrapXficante, and most recently a guerrero on Gangalee. Add to that a healthy batch of collabs, rude amount of remix credits, plus a music label (Carbon Fiber Music), and you’ll see his imprint on a lot of mainstream urbano. Though he’s malleable in terms of style, and clearly open to experimentation, Rosado isn’t one to bend to the industry’s culture of commercialization or adhering to the status quo. Managing to remain an independent artist from the onset of his career, largely avoid the press cycle, and remain unpredictable by swaying in and out of pre-established riddims, Farruko’s in it for the music.

Gangalee supports that supposition. Conceptually, it’s yet another artist-created haven for Latinxs to escape to – this one being a tropical island where peace reigns, marijuana is free and youngins respect those who came before. Basically, an apt vacation site for your abue, your momma, y tu priti love interest también, assuming you’d want to put yourself in that most hellish of situations. In its audible form, the 22-track LP pays homage to his homeland of Puerto Rico, reggaeton puro, and the former’s beloved parent: reggae. Prior to this project, the Bayamón native was best known for trap anthems like “Krippy Kush,” and reggaeton hits like “6 AM.” “I didn’t see it as a challenge [anymore], and I like challenges,” Reyes told El Guru a few months ago regarding his latest sonic shift. Though his commitment to trap on 2017’s TrapXficante initially felt more like a marriage rather than a fling, Farruko seems to have been itching for a challenge, and willing to take a risk. Luckily for him, it’s in this proven fertile soil of reggae that he feels and sounds most at home.

Of course, Farruko’s fluency in reggae en español isn’t exactly out of left field. In “Jamaica,” with Darrell and El Alfa, he gave the Carribean island a little nod; meanwhile on “Chillax,” he first explored a merger of their sound with his own alongside none other than Bob Marley’s son Ky-Mani. In fact, several of the late icon’s family members with an affinity for music have collaborated with Latin artists lately. Most notably Damien Marley on Karol G’s “Love With a Quality,” and now Jo Mersa Marley on the hazy, hypnotic “Mucho Humo” with Farruko and Bryant Myers. Though other urbano artists have remade reggae classics into their Spanish-language, reggaeton iterations (i.e., “It Wasn’t Me” as “China” and “Informer” as “Con Calma”), Farruko is innovating rather than refreshing.

In the 1990s, groups like Jomo Pemberton and the Jah Seed Band made Puerto Rico home and changed its sonic DNA, making the island a hotspot for global reggae acts. Naturally, locals developed an affinity for the off-beat rhythm and found ways to make it their own. “Reggae is our diary,” Puerto Rican group Cultura Profetica sang in 2002’s “Diario.” “In it we write with dirt, with the sky, and with tears.” To this day, the group is one of the most popular whizzes of Puerto Rican reggae. Key in folding and popularizing the original reggae vibe with their own musical influences, their newfound form of expression was soul-soothing yet fire-igniting, often interlaced with social and political criticism. This laid the foundation for a stylized Latin iteration of the genre that borinquen could call their own.

Across the Carribean Sea, Panama had already established theirs a couple of decades prior in the late ‘70s – the first iteration of reggae en español, otherwise known as a hotbed for reggaeton as we know it today. But, though the origins of reggaeton are highly contested, we all have Jamaica to thank, in part, for the pure strain of that core-thumping dembow riddim that now has countless hybridized adaptations. In 1990, Jamaican producer Robert “Bobby Digital” Dixon laid out the petri dish for today’s prominent two-bar loop with Shabba Ranks on the problematic “Dem Bow” (aka they bow). But, it was a year later, when Panamanian pioneer Nando Boom teamed up with Jamaican go-to producer Dennis “The Menace” Thompson (Bob Marley, Buju Banton) to make the instrumental for “Ellos Benia,” that the now cherished, recognizable pounda riddim was created. The rest is history.

Throughout Gangalee, Farruko subtly honors every aforementioned country, as well as a few of reggaeton’s key players, whilst reminding everyone that neither reggae nor reggaeton are going anywhere anytime soon. “Deidad” is a pure, dulcet reggae en español track, and “Playa” featuring Colónense Kafu Banton, one of the most famous reggae artists from Panama, is, as its name implies, the perfect beach companion. The two also worked together on “Espiritu de Guerrero,” a song currently burning a whole through their back pocket. But, despite the album’s heavy reggae influence, dancehall and reggaeton are still ever-present. The punta, dancehall fusion “Roatan” features Konshens, a respected Jamaican dancehall artist who’s worked with Latino artists in the past. Meanwhile, “Dale Dembow” takes listeners on a trip to 2004 with a tribute to uncut melaza and the late DJ Luisito. And, of course, the “Coolant” remix, featuring Don Omar, is composed by DJ Urba, who notably worked on Daddy Yankee’s little-known Barrio Fino.

It’s in little decisions as such that Farruko proves he’s in this for the music above all else. After a particularly rocky year, he came out on the other side with an album that resides on a street all its own, as well as En Letra de Otro, a documentary-style music series special with HBO Latino. Taking on the advice of the wise, Farruko more often than not says the least but does the most, pouring out his thoughts, emotions and vision for the future of Latin music into extended albums and tracks. Even when given the platform to share his story on camera, he opts to sing it instead. As the name implies, En Letra de Otro is about him telling (very selective) parts of his life through the songs and words of others. So don’t expect to find any new insight into the man behind the goggles; but do expect to hear some novel takes on classics from Frankie Ruiz, Jerry Rivera, Baby Rasta y Gringo, and more.

In terms of his legacy, Farruko is choosing the wise route, and leaving it all on the track.