Meet Magallanes, the Colombian Producer With a High-Tech, Electronic Vision of Catholicism

Catholicism isn’t something that comes to mind right away when we talk about electronic music. Of course, beloved underground act María y José has flirted with it once or twice, Grimes has covered “Ave Maria” in her live shows, and her Montreal collaborator D’Eon made a whole album about its clash with technology. Colombian artist Andrés Gualdrón’s recent fascination with the religion – interpreted from the perspective of his atheist upbringing – shaped the debut album of his new musical outfit, Magallanes. 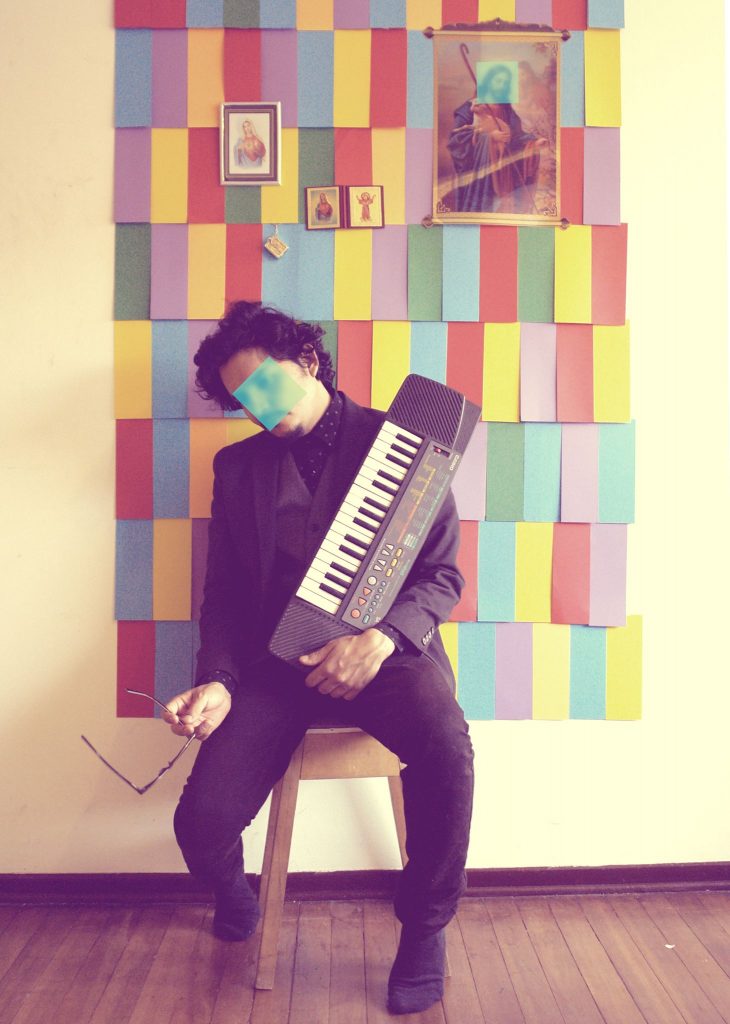 Gualdrón started Magallanes as a way to reconnect with music and his own ideas, a relationship hindered by the labor of writing his master’s thesis and the many changes his band Animales Blancos was experiencing at the time. His new instrumental composition started to unfold as the soundtrack to a story that was still undetermined; coincidentally, not only was he teaching a History of Music course at Universidad El Bosque in Bogotá, but he was also deep into “watching YouTube videos of conspiracy theories – which I find so paranoid and fun.” That’s how he stumbled upon “the [Virgen del Fátima] ‘Three Days of Darkness’ audio, which is completely delirious, because it links technology, religion, and an apocalyptic vision of the future.”

He says, “From there on, I started getting more and more into the story of la Virgen del Fátima and its interpretations, and I realized it was a source for ideas, words, and images that complemented what was starting to happen with the album very well.” Said album ended up being the aptly titled Fátima. In a nonlinear narrative, he depicts the story’s protagonists, the Miracle of the Sun, the three secrets she told the little shepherds, and how they were revealed, and even its political connection to the Cold War later on.

Musically, Gualdrón wanted to explore his pop and electronic influences. It’s a throwback sound, full of nostalgic synths and aged-to-perfection percussion that immediately transports you to the past. Gualdrón references retro-obsessed artists like Mac DeMarco and Ariel Pink, as well as the hallucinogenic vintage audio manipulations of Oneohtrix Point Never and Boards of Canada (don’t call it vaporwave, though).

Magallanes’ music is beautifully compelling, and it tugs at the heartsrings. It’s a warm bubble that bounces back-and-forth between the past and the future in slow motion. Gualdrón is currently bringing the project to a live setting, with a little help from Juan Pablo Bermúdez. We can only pray they tour soon – virgencita plis.