Mala Rodríguez is curious and sharp, eager for answers in a world in which they are scarce. She’s made a career of asking pointed questions, demanding her audience to dig deeper into the ways they are implicated in the systems that run our societies. One of the eminent voices to emerge from Spain’s jarcor scene, Mala’s continued interrogation of the status quo and our role within it has spanned over two decades. Today, she continues to inquire: on feminism, the intricacies of art, on respect, on censorship. She is here because she’s just released her first solo single in years, and it’s a feminist battle cry.

Paying homage to the gitana women of Spain (known as Romani elsewhere in the world), Rodríguez ties the women of this community – who in Spain and across Europe are widely stereotyped and discriminated against – as inherently and culturally bound to women’s liberation, since forever. “The title of the song alludes to the first feminists I ever saw in my life,” she asserts. “Gitanas didn’t wait for a feminist revolution to be brave or strong or independent. And I think it’s time to applaud that. Feminism shouldn’t be racist.”

Rodríguez, who is half-gitana herself (though she is quick to clarify that her mother, who isn’t gitana, raised her) tries here to make visible an often marginalized and stereotyped minority. The song’s visual depicts Rodríguez with an army of gitanas behind her, looking fully in their power while dancing flamenco – an Andalusian musical and dance form often associated globally with Spain, but widely recognized within Andalusia as a gitano contribution to the country’s cultural landscape. With this song, Rodríguez adds to a growing cannon of gitano artists both digging into and at the same time upending their musical traditions: artists like rapper Moncho Chavea or vocalist María José Llergo.

“Gitanas” is a statement, a challenge, an invitation. It began with a set of letters from a fan in Chile whose daughter had been killed at the hands of her partner. “That really got to my head,” Mala sighs. “And as I was writing I realized that I had something to say about women’s struggle.” Spain, like the United States, is going through a cultural reckoning around feminism and, in particular, sexual assault. News of lenient charges on five men in their late 20s who gang raped an 18-year-old woman, filmed it, and spread the lurid videos on WhatsApp during the popular San Fermín festival rocked Spain, with women pouring into the streets to protest. The chorus on “Gitana” defiantly asks, “¿Quién me protege?” and it’s a question Mala has been asking herself. “Can you tell me,” she insists, “where is the law that protects women? At least in Spain, the law does not protect women in any way.”

Rodríguez says she is part of a circle of women with whom she is constantly debating feminism and discussing books. She points specifically to The King Kong Theory by Virginie Despentes, a French feminist popular in Europe, though less well-known stateside, in which the author uses her own experiences with rape and sex work as a platform to discuss the social condition of women today. “It’s a book that all women should read,” she says, “and she is part, in a way, of the song. That’s why I included her voice.” The voices at various points of “Gitanas” – barely intelligible unless you’re listening for them – are from a 2015 Broadly interview with Despentes, a sonic amulet to ward off any misinterpretation of Rodríguez’s outspokenly feminist intent.

It is when talking about political questions that Rodríguez comes into the aggressive energy of her rhymes – animated, uncompromising, sharp. I struggle to keep my journalistic composure as she playfully flips the interview into a conversation, trying to debate me or anyone in the room who would listen about the role of censure and where the line is on questionable and disrespectful content – racist content, misogynist content, content she is personally sick of seeing. “Like, what if you made a video beating the shit out of a woman? I don’t want to see any more videos like that. Even if you say it’s a fucking work of art.”

Rodríguez feels strongly about artist responsibility. “To me, an artist who doesn’t become involved with the issues facing their audience is a coward,” she asserts. She references the U.S. border crisis, and how many huge artists with platforms have said so little. “How many of the ones going to your concert don’t have papers, hello! And you’re doing nothing for them?” She is furious, stumbles on her words in frustration. “I can’t. I even lose my appetite [thinking about it].” But her frustration is not from a place of pessimism – in fact it’s the opposite, her rage emerging out of the fact that we are in a moment in which we can build, a moment that cannot be wasted. “There’s all this technology,” she says, “and today everything gets everywhere. It’s like everything is very soft, very tender. We’re building.” 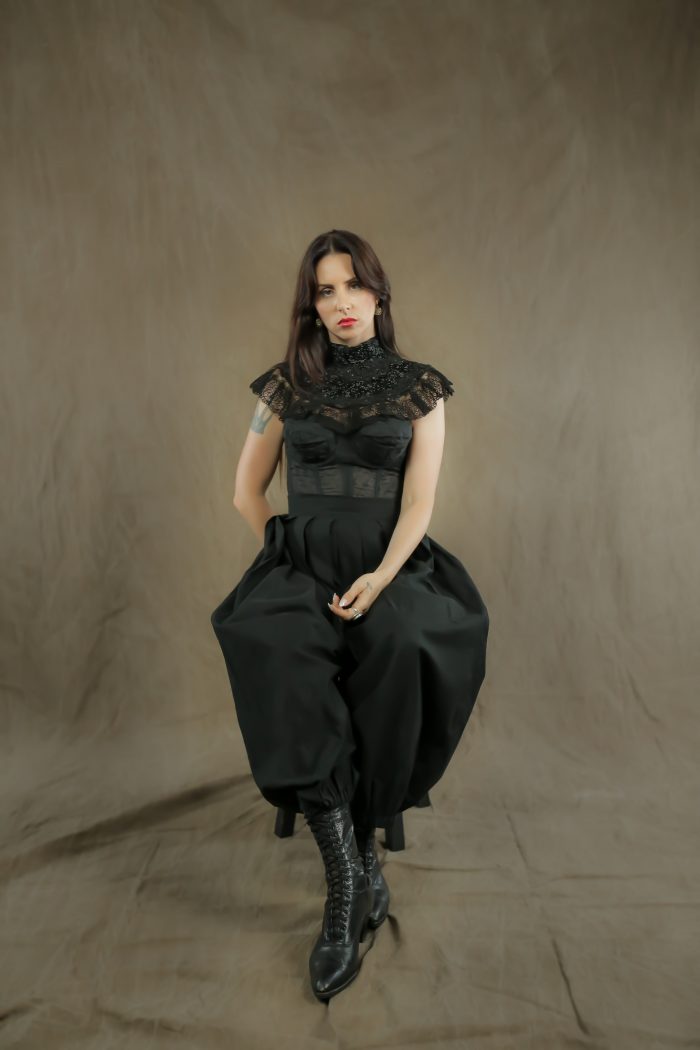 Later that evening, she performed at Celebrate Brooklyn! with her DJ and two dancers. Dressed in head-to-toe white, sporting a corseted bodysuit, garters, and boots, Mala brought some of the same energy from our interview to the stage, amplified; at one point she walked around swinging a bat while growling rhymes into the mic. Despite our earlier conversation, where she expressed disappointment in artists who don’t use their platforms to stand up for the issues that their fans experience in their daily lives, she said very little on stage at her Celebrate Brooklyn concert – in stark contrast to Chilean opener Ana Tijoux, who just minutes before had been chiding neoliberalism, advising her Latino audience to unite with their African-American comrades, and telling the crowd before her that no feminism exists without anti-capitalism. But Mala has always been a little more subtle – though not less direct – in the ways her art asks us to consider human suffering and our role in it. “¿A veces dices poco pero dices mucho, vale?” she told me earlier, and it seems a correct assessment of her live show, where she let her blistering songs do the talking.

She doesn’t know when her new project is coming, but despite 20 years of releasing music, Mala’s ability to shapeshift around hip-hop’s current sounds while remaining true to her own aesthetic should make for a dynamic listen. If the flamenco-inflected trap of “Gitanas” is any indication, she remains as fresh and outspoken as ever, sounding completely different and at the same time exactly like herself: still unafraid, still ferociously asking her audience to engage with challenging questions. After having a little girl and taking some time to enjoy her baby, everything has aligned to record her first solo project in five years. The time is right, and she’s ready. “I have a lot of songs, and they’re all very different from each other,” she says. “And I find myself really ready to connect with people.”