It’s 2017, but music festivals continue to suffer from massive gender inequality. Some might celebrate the fact that Coachella hosted its second female headliner this year (Lady Gaga), following Björk’s 2007 performance. But that’s just the tip of the iceberg when it comes to the lack of representation women artists face during festival season.

In a recent feature titled “Are Music Festival Lineups Getting Worse?,” Pitchfork broke down 23 U.S. and Canada lineups by gender, and the results are depressing: out of 996 performers, only 14 percent were women, with mixed-gender bands representing 12 percent of the total acts. Compared to the 74 percent of male artists, it’s evident we still have a long way to go.

Mexican festivals suffer from this issue just as much as their North American counterparts, and a Photoshop-savvy Twitter user just visualized the problem in the most effective way possible. Daniel Carbajal is a 22-year-old visual communications student and Mexico City resident who noticed something was off with the 2017 lineups of four major Mexican festivals. He reimagined their flyers, editing out all of the male acts and male-only bands. 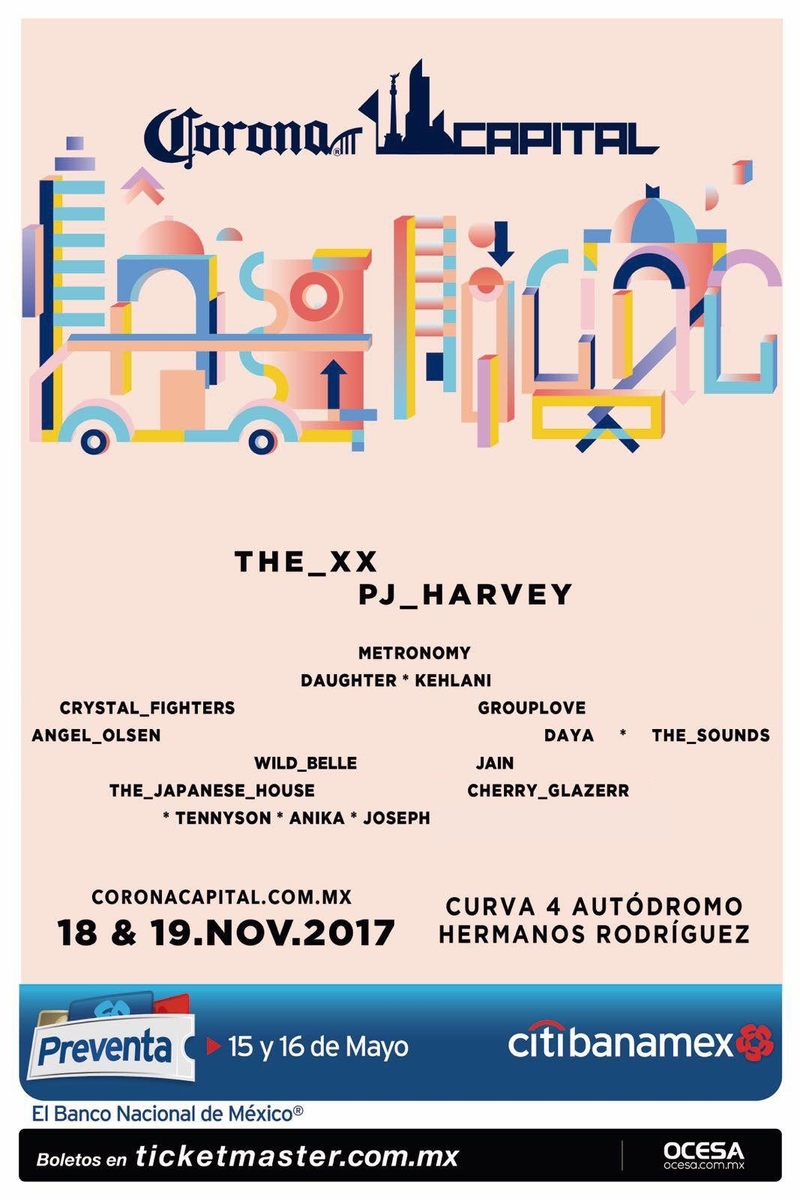 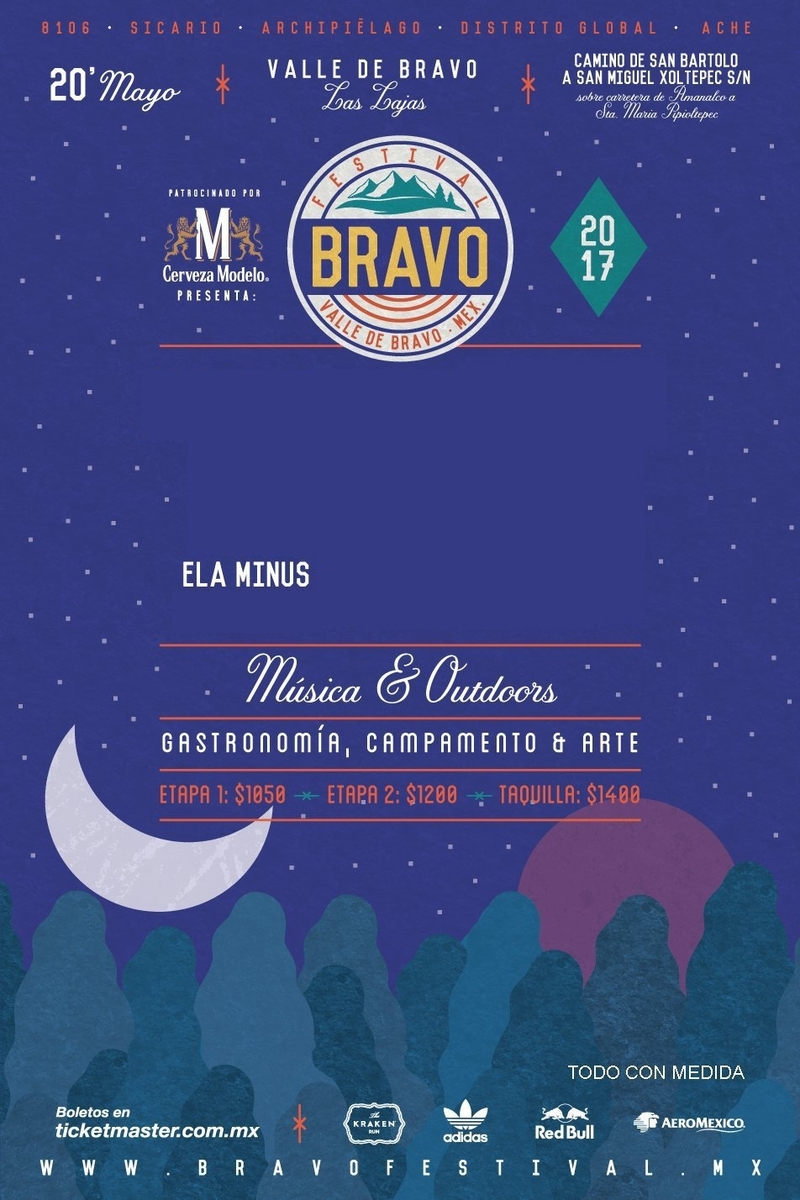 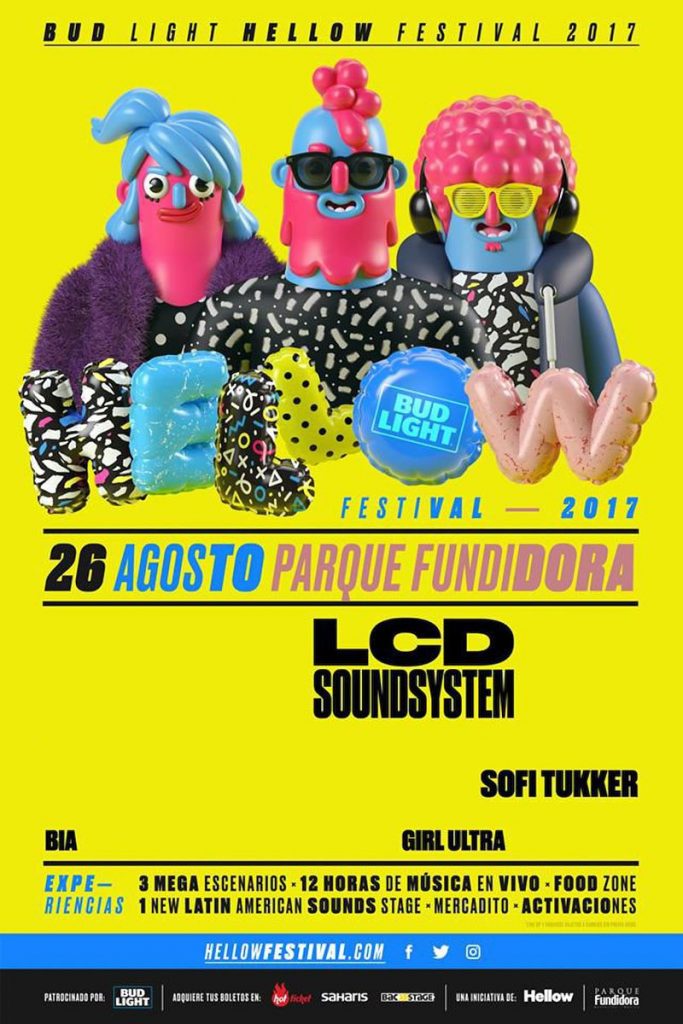 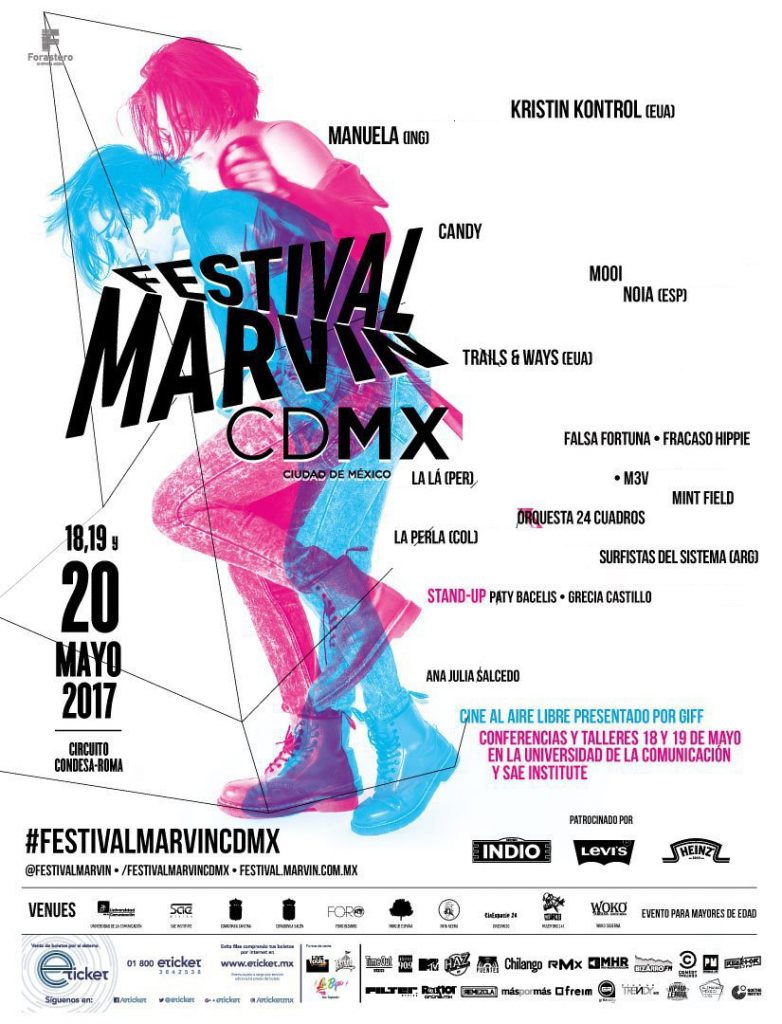 The first edition of Festival Bravo features only one woman on its lineup: Ela Minus, while Monterrey’s Hellow Festival raises the number of women performers to four. Festival Marvin’s 65-band schedule features 14 women or mixed-gender artists. While the recently announced (and notably white) Corona Capital has a better ratio (17 women or mixed-gender acts on a 48-band lineup), the gender imbalance remains noticeable. Bookers could learn a thing or two from Festival NRMAL; in the first Mexican edition of Ruidosa Festival, NRMAL organizer Moni Saldaña explained that the fest set a goal of booking 50 percent male and 50 percent female artists for future lineups, a feat they accomplished in their 2017 edition.

Carbajal is still getting replies to his tweet, many of them negative, which says a lot about how much work we still have to do. We talked to him about his motivation for reimagining the flyers, and how to work towards a more just future for women artists in the music industry.

What was the motivation behind editing these flyers?
Ever since I was a teenager I’ve been interested in music by women and members of the LGBTTTI community. The minimal representation and visibility these projects have bothers me. There are women who get half the recognition men do and they work twice as hard; women of color deal with this even more.

Lately, I’ve been working with projects related to gender and the visibility women have compared to men. There’s almost none, and if there is, the way they are presented is very different from the way men are. What I did isn’t something other people haven’t done before, but I find it frustrating that these highly imbalanced lineups keep showing up in times when diversity and representation are so necessary.

Why do you think this gender imbalance exists in current Mexican festival lineups?
I don’t have as much direct experience with the music industry; I receive all my information from blogs or write-ups by the artists themselves. But I think it’s because it’s an industry mostly controlled by men – and I mean both the traditional one as well as the “alternative” industry. It’s hard to be a part of and have a conversation with people who don’t suffer through what you suffer through every day. It’s easy to be categorized as someone who’s angry.

Why do you consider equal gender representation in festival lineups important?
I think we all have something interesting to share with the world, especially people dedicated to creative endeavors. Nevertheless, not all of us have the same opportunities and resources. If you’re a straight, cisgender man, it’s easier for your message to spread and reach a lot more people.

What do you make of all the negative feedback surrounding the posters?
I didn’t think it would become a big deal. The idea was to discuss it with my Twitter friends…It’s very common to receive those kinds of comments (which are just excuses and justifications) when you make someone realize they’re part of the majority. They want to blame minorities or label them as sensitive and radical. Several people made homophobic comments or said that I was only doing this because I wanted female attention so I could have sex with women.

I received a lot of feedback (from men, of course) saying that for them, music has no gender, and that if they like something, gender doesn’t matter. Would they have done the same thing if they’d been majority female lineups?

I received a comment from a well-meaning woman that made me really sad, where she said that she was thankful for the tweet and that if a woman had done it, they would have labeled her a feminazi. Why is demanding equality and denouncing abuse considered so radical?