By Richard Villegas
10.09.20
Art by Stephany Torres for Remezcla

Few events have the potential to shape the course of your life like coming out of the closet. It’s a universal truth shared by all queer and trans people: Whether the experience is traumatic or received with love and empathy, fears of loneliness and rejection never truly go away. Some are able to metabolize these memories into wisdom and greater understanding of our society, while others can grow resentful and emotionally guarded. It’s entirely likely that at some point you’ll feel all of the above, which is why we’ve also built community around our collective experience.

At a time when culture seems tailored to each individual’s specific tastes and worldview, coming out is one of the singular trials the vast majority of queer and trans people still face. Some might argue the world has become more welcoming towards LGBTQ+ people—a privileged misconception that ignores political, socio-economic and religious peculiarities that vary from country to country. Coming out is still a terrifying proposition to most, regardless of age or race. And while the world has modernized, society can still be hateful, violent and willfully ignorant of people and communities they don’t understand or go against their narrative expectations.

National Coming Out Day (October 11) can be a bittersweet day, so in order to broaden our perspective we reached out to 5 Latinx artists to share their coming out stories and how their music has evolved since stepping out of the closet. 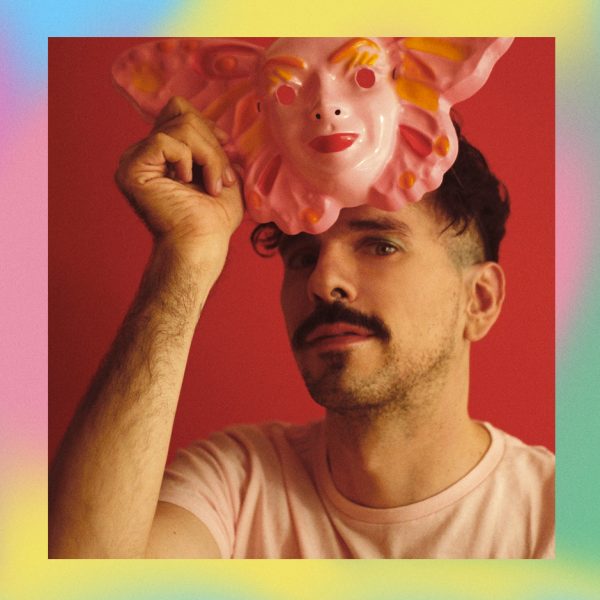 In my experience, we have to come out of the closet more than once. Every time you change jobs or move to a new city, heteronormativity is what’s expected and assumed. In my case, “Maricón” is a song I owed 14-year old Juan, which is when I realized this about myself. I had fantasies and desires that went further back but I had never associated them with the formality of sexual orientation. With puberty, things became much clearer but I spent another seven years in the closet. Within the rhetoric of my family and the society in which I live, where people talk about being respectful and allowing people to decide what to do with their lives, I would think to myself ‘how can I defend something I didn’t decide?’ However, at 21 I reached the conclusion that if I didn’t accept it and chase it and defend it, I was going to die. You can’t live dismissing desire, love and romantic bonds, or believing that you’re wrong or sick for being who you are.

My music didn’t really work during those seven years, but I feel like the creative floodgates finally opened after coming out of the closet. Regardless, the music of other artists like Tori Amos moved me deeply. A song like “Merman,” about the killing of Matthew Sheppard, made me understand the world was bigger than I thought and that people like her could show empathy. I wrote “Maricón” much later, and the thought that it or any other of my songs could offer comfort to someone in need, like Tori [Amos]’s music and many other songs had done for me… I would feel tremendously fortunate. It’s something that exists outside of yourself. 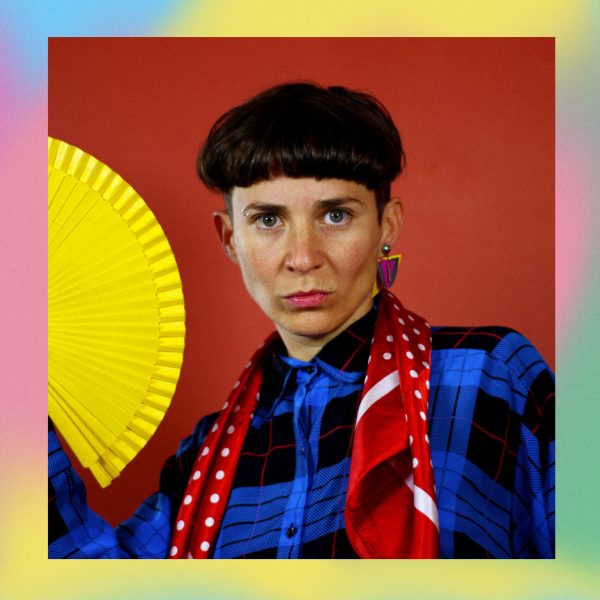 My coming out was gradual, sometimes implicit and others explicit, depending on the level of trust I felt in each situation. The first people with whom I was open about being a lesbian was a group of friends in my teenage years, whom I deliberately approached in order to share this part of myself. With family, I never encountered much conflict. The message I received was how they wanted their children to be happy and live freely but the truth is, I still felt anxiety telling them because they’re from another generation—one that has punished and marginalized dissident sexualities. We as [queer people] are constantly coming out of the closet because even living openly as a lesbian, starting a new job or entering a room where no ones knows you can lead most people to assume you’re heterosexual. So we have to constantly relive this situation, clarifying we’re not just what is expected of us by default.

Lesbianism and sexual diversity are very evident across my work, but I would highlight a song called “Bien Bow” which is a remake of “Dembow” by Shaba Ranks, a track you could say is the genesis of reggaeton. The original title translates to ‘Dem’ as ‘them or those’ and ‘bow’ as ‘deviants,’ and it’s a song in which being identified as any kind of sexual minority is an insult. This is still prevalent in groups of men who’ll call each other ‘puto,’ so my take on the song is all about embracing this perceived deviance and being a proud lesbian. My music has provided a broader platform on which to come out, but it still happens that while I’m out shopping and holding hands with my girlfriend, we’ll get asked if we’re sisters or even mother and daughter. Sometimes one of us will be addressed as male to accommodate heteronormative preconceptions. Pride comes from surviving the historic punishment and discrimination our community has faced, and still we dare to live authentically. 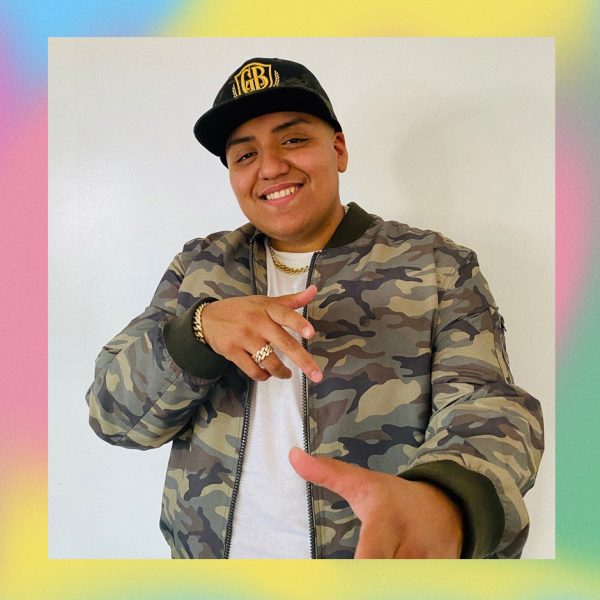 This year, Coming Out Day is so special for me! As I write this, I’m in recovery from my final gender reaffirming surgical procedure and I couldn’t be happier. In my life, I feel like I came out twice—when I was 14, a freshman in high school, pre-transition era, I had my first girlfriend and it was a secret until a very chismosa lady told my mom. I didn’t come out; I was pushed out. I freaked because my parents freaked, and I was so scared I said it was bi-curiosity. By the time I was a senior I was so ‘tomboyish’ that everyone got the hint I was a lesbian.

In 2015, I expressed my transgender feelings to my sister, Cora. It was scary to say out loud because I felt being a lesbian was a burden on the family and now this! But my sister reassured me that she and the rest of the family had always viewed me more as a brother anyway. She urged me to tell my mom the same day, who responded, ‘I already knew!’ When I asked why she never said anything, she answered, ‘Because it was your journey to figure out!’ I began my [female-to-male] FTM transition about one year later.

The time between these two coming out moments and where I am now has played a significant role in my music because when I was a lesbian I started writing songs to women from a male perspective. I never thought I would actually make music because I didn’t want to be seen as a Jenni Rivera. I wanted to be a Valentin Elizalde! When I began my transition, it gave me so much confidence I decided to chase this dream. As I become more and more comfortable with my identity and my sexuality, I see my music transitioning as well,from traditional Regional Mexican tunes to very sensual reggaeton jams, as I demonstrated in my latest releases “Soy Yo” and “Mentiroso.” 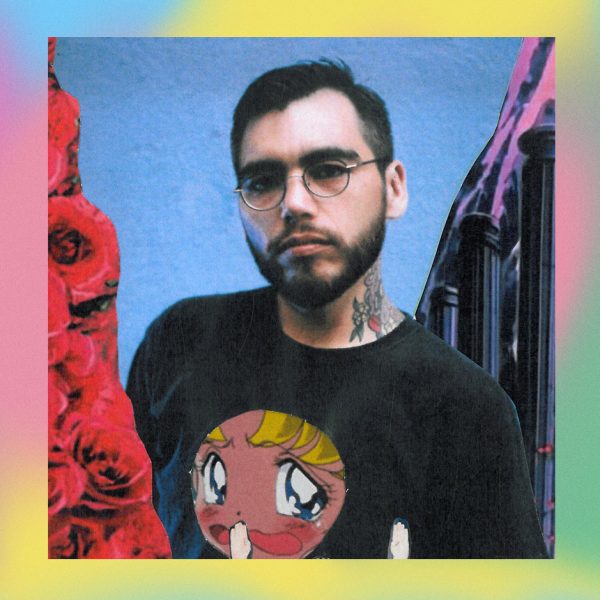 When I came out of the closet my parents were very tolerant… well, within the possibilities of their conservative upbringing. But they told me it was my life and that I should go live it. However, my dad moved me out of the room I shared with my younger brother shortly after, and they became very demanding about curfews, even though I was already in university. My parents became very controlling, but I was like water running through their fingers. So I left home, and despite us still maintaining a relatively close relationship, I felt like they had run me out of the house.

After graduating, I began to work more frequently and recorded an album titled El Hambre, which came with a song called “Niños Rosados” that had some radio success and helped raise my profile. I wrote most of that album at my parents’ house, at the piano I had used most of my life. In a way, that experience helped us get close again, and on one particular day where my dad and I were fighting I told him I’d written him a song called “Órbita.” I couldn’t even finish playing… we were both crying so much, and we hugged and he apologized for how he’d treated me. Because, in the end, I wasn’t only gay; I also had not become the Luis Miguel-type of star he’d dreamed, so I felt like a disappointment. Music, these songs, paved the way for me to heal this wound with my dad. 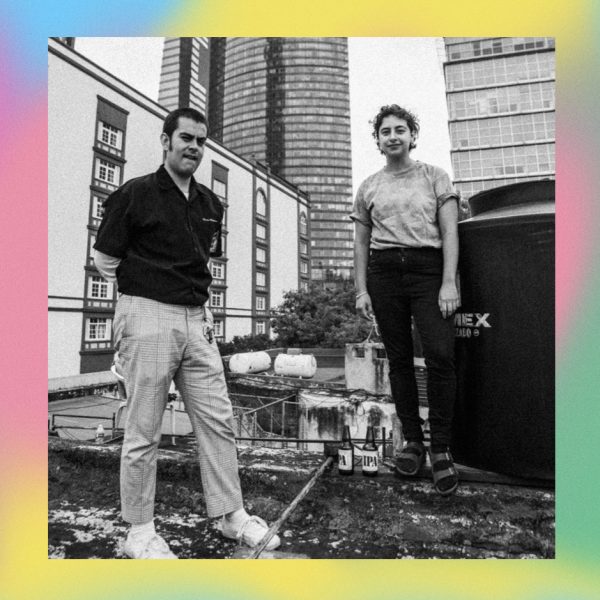 Meelt is comprised of Uriel and myself, and we write songs together. I usually work on the lyrics, and writing in feminine is it’s own kind of coming out since as a woman you’re made not to feel good enough to display your ideas. It’s funny because writing in feminine can feel surprising, but writing in masculine, thinking like a man—that’s when you start playing with gender and considering what makes a particular story more insightful from the perspective of a man or a woman.

My coming out process has been rather obvious but also difficult. Being bisexual comes with a lot of prejudice, with people constantly asking you to choose a side and feeling like you live in ambivalence. That’s where the writing paradox comes in, that if a woman is going to pen the songs they should be in feminine. But no, everything is a game. So writing for the band has been very interesting, fun and open. I wrote “Testigo” for an ex-girlfriend in a moment of desperation to sort of back up and normalize our relationship, which didn’t work. Right now, at a time when there is so much anger over everything that’s happening, love can be a political decision and a valuable tool to survive these chaotic times.