By Richard Villegas
09.11.17
Photo by Itzel Alejandra Martinez for Remezcla

Brooklyn’s Salt Cathedral has completely transformed since catching our attention with their first indie-rock EP back in 2013; that record is far cry from their current catalog of playful, tropical earworms. With the looming release of their debut studio album Big Waves, Small Waves, and their current U.S. tour with Coast Modern, Salt Cathedral are poised for their breakout moment, as they fine-tune their delicate pop cross pollinations and nab legendary collaborators along the way.

Members Juliana Ronderos and Nicolas Losada originally hail from Bogotá, though the pair first met at Berklee College of Music in Boston, where they studied jazz composition eight years ago. Their musical chemistry superseded a short-lived romance, and the duo eventually joined an on-campus band named The Arts with Gabriela Jimeno, better known to fans as Ela Minus. In fact, their time at school seems almost fated, as they befriended and collaborated with indie peers like Elsa Carvajal of Elsa y Elmar, Santi of Little Jesus, and Juls of I Can Chase Dragons!

This perfect storm of talent and friendship pushed Juli and Nico to start their first joint venture, Il Abanico, a five-piece indie band heavily influenced by post-rock and west African guitar-picking. “We were about to graduate and were like, ‘What do we do next?’” says Juli, reminiscing on the thrilling uncertainty of their early career. “So we decided to go on tour and book shows across the U.S., ending in LA where we planned on moving anyway.” Choosing between paying for an entire band’s moving expenses or renting a trailer and gigging cross-country proved to be a no-brainer. There was also the matter of visas. “We had this thing called an OPT,” adds Juli, “where after you graduate you get a year of practical training, and if you do well you’re given an artist visa. Our plan was to build a portfolio so we could stay here, playing shows, getting press, etc. And honestly, it went pretty well.”

“We would be excluded from so many Anglo things because we were being pigeonholed into Latino events.”

Il Abanico found moderate success in the indie world, eventually transplanting to New York, but the duo soon encountered recurring roadblocks. “We would be excluded from so many Anglo things,” reflects Juli. “Because we were being pigeonholed into Latino events and our support was coming from Latino audiences. Back then, we would hide our bios to try and get in magazines. We sold ourselves as a New York band never even mentioning we were Colombian. Now I feel like those worlds are bleeding into each other.” The name of the band also presented a marketing challenge, with Anglo audiences often struggling to remember it or pronounce it correctly. As they considered a name change, it was paramount for Ronderos and Losada to balance mainstream accessibility with their Colombian identity. By the time they went in the studio to record their next EP, both their name and sound had morphed into Salt Cathedral, a reference to the famed underground church located in a salt mine near Zipaquirá, Colombia.

The band first turned heads with their second EP Oom Velt, a record of complex, kinetic compositions heavily influenced by their jazz studies. It was meditative, perfect for headphones but difficult to engage in live settings. “We would play and put so much energy into performing and we’d always be frustrated that people didn’t react,” remembers Juli. “When we started working on this tropical sound, the first time we ever played it live was at Le Poisson Rouge. Couples were dancing to ‘Run For The Money’ and I walked out of that show going ‘Nico, all we had to do was add rhythm!’” 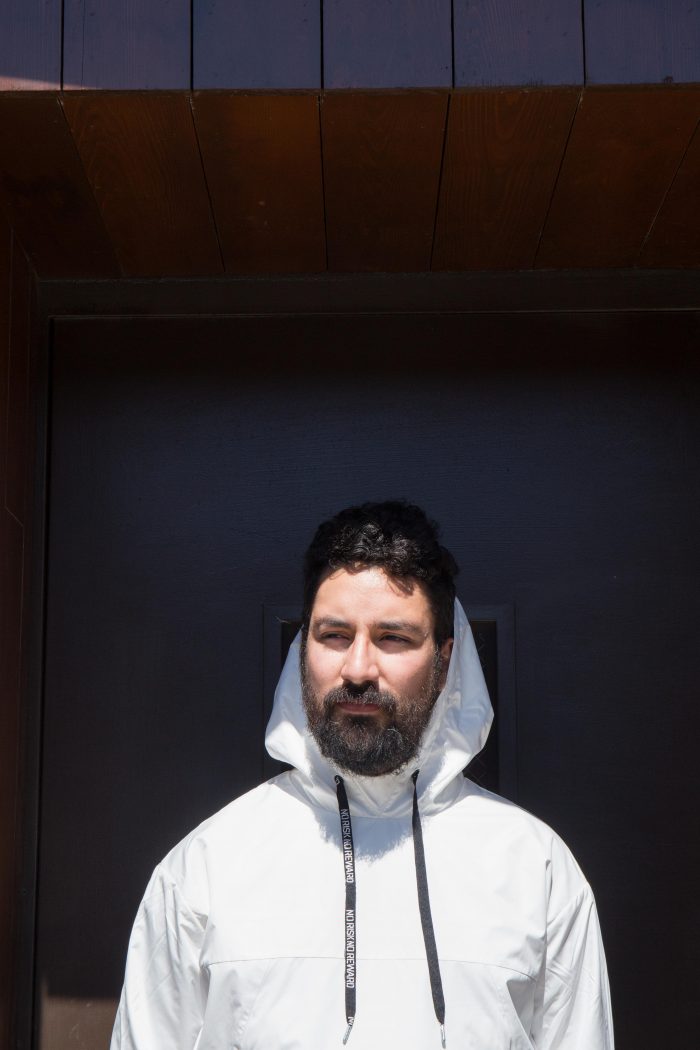 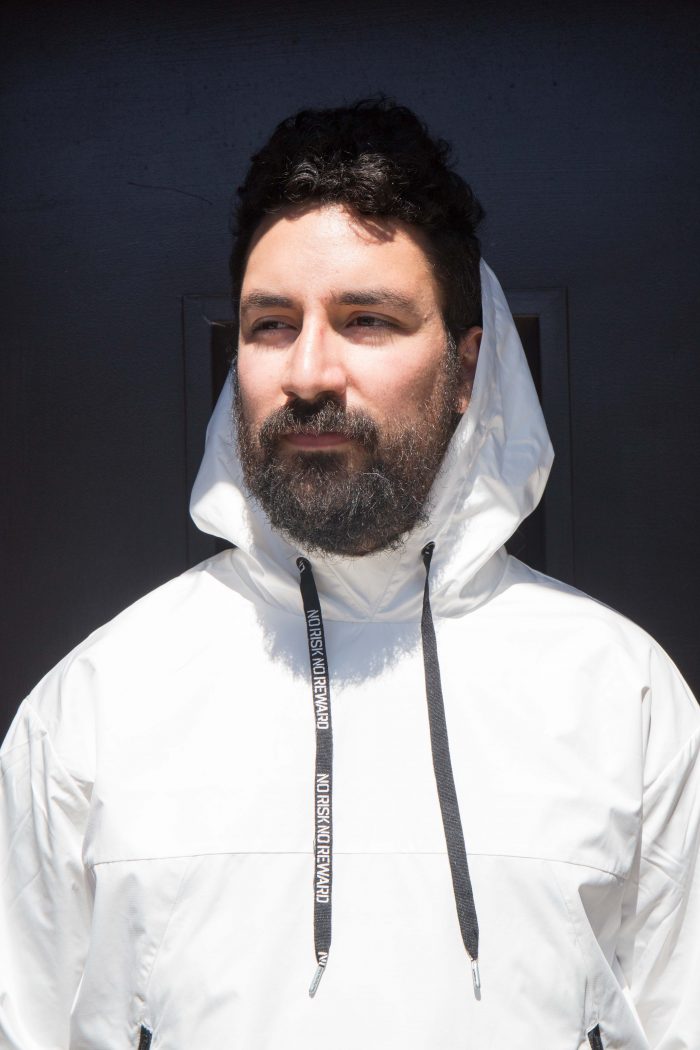 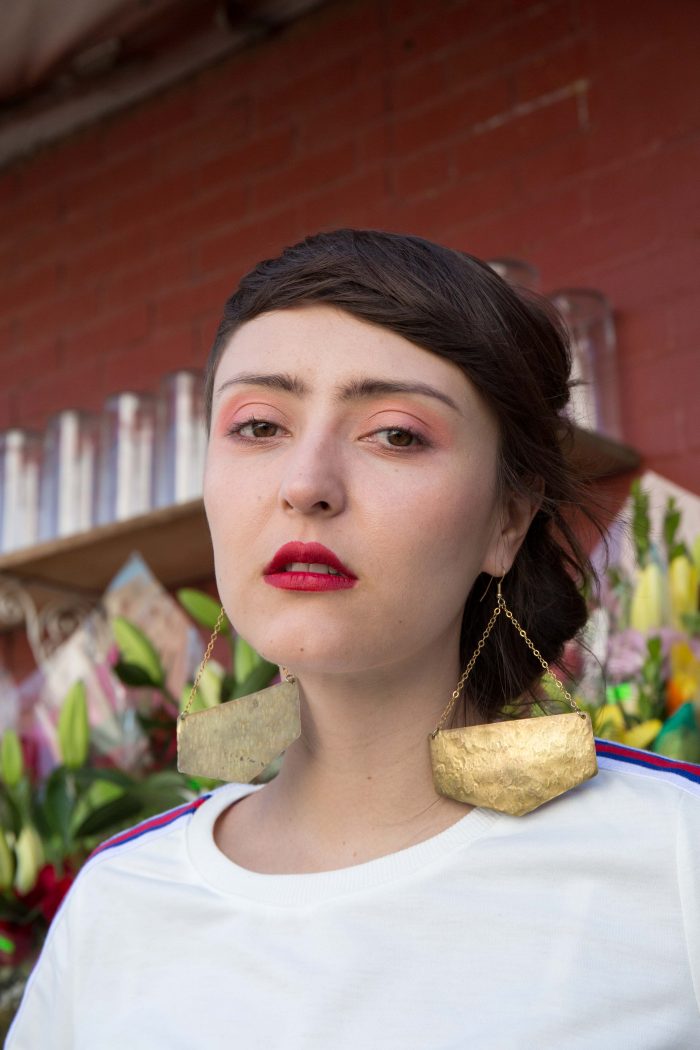 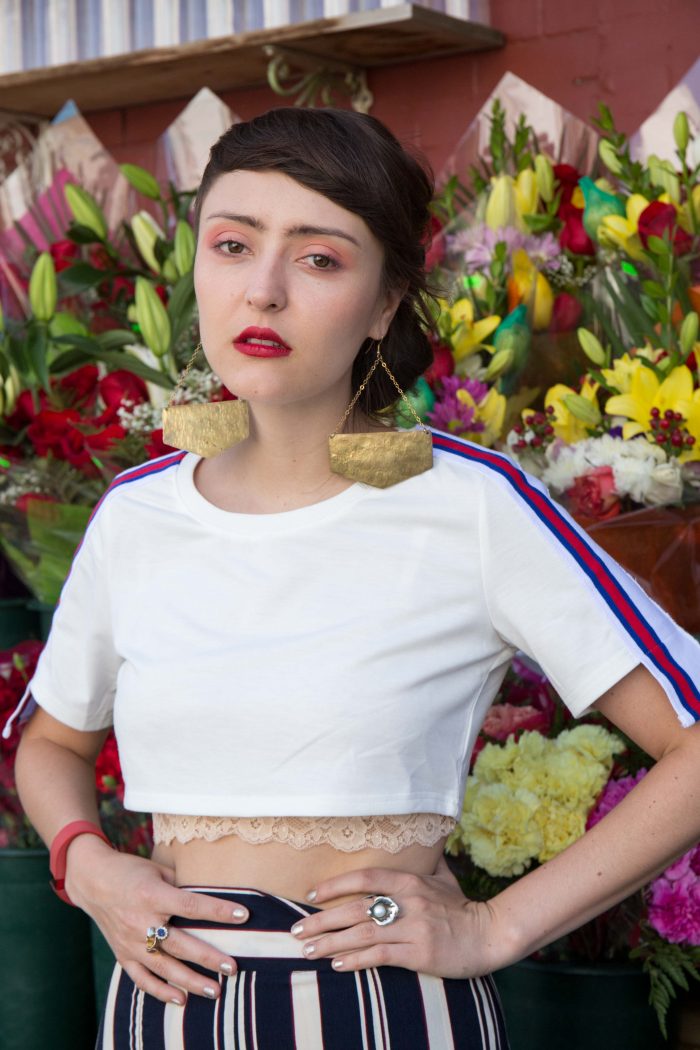 With the success of “Run For The Money,” which features Jamaican dancehall superstar Assassin, clarity struck like a lightning bolt. Nico, both guitarist and primary producer, began playing with Caribbean rhythms and imbuing the music with new soul, finding looser, less cerebral approaches while carefully avoiding the tokenization of source inspiration. “The dancehall, reggae and dub, it all comes from a desire to rediscover who we are,” he offers. “We were jazzheads when we were at Berklee, studying big-band arrangements – it was all very intellectual stuff. But Colombians aren’t listeners, they’re dancers.” Salt Cathedral have consciously absorbed these diasporic sounds, colliding them with Colombian sabrosura, and brewing a sticky concoction they jokingly call nouveau criollo.

“The dancehall, reggae and dub – it all comes from a desire to rediscover who we are.”

Their forthcoming Big Waves, Small Waves album offers plenty opportunity to dance, thanks in no small part to the phenomenally synesthetic production. With singles “Run for the Money” and “Always There When I Need You,” it’s almost impossible to listen to without feeling the ocean breeze rush over your face. Juli’s gossamer vocals are as magical as ever, her writing taking a deeply nurturing tone. Upcoming single “No Love” finds Juli advocating for love and empathy between her fellow humans, an eerily prescient plea coming from an immigrant band in these dark nationalist times. Elsewhere, “Fragments” recalls traces of their mathematical jazz teachings.

The album also features a collaboration with Jamaican dub god Lee “Scratch” Perry on a bonus track named “Small Waves,” a remix of one of Nico’s first dub experiments called “Step on the Mother Earth.” But Salt Cathedral’s tightest and perhaps most surprising collaborator is Orthodox Jewish reggae star Matisyahu. “He was huge in Colombia when we were growing up,” says Nico. “He’s still huge!” After some rapid fire e-mail correspondence and discovering he was already a fan of their music, the three went in the studio almost instantly, producing a total of three songs: “Carry Me” for Matisyahu’s EP, a standalone single named “Unraveling,” and a yet unreleased song named “Are You Ready For Love?” 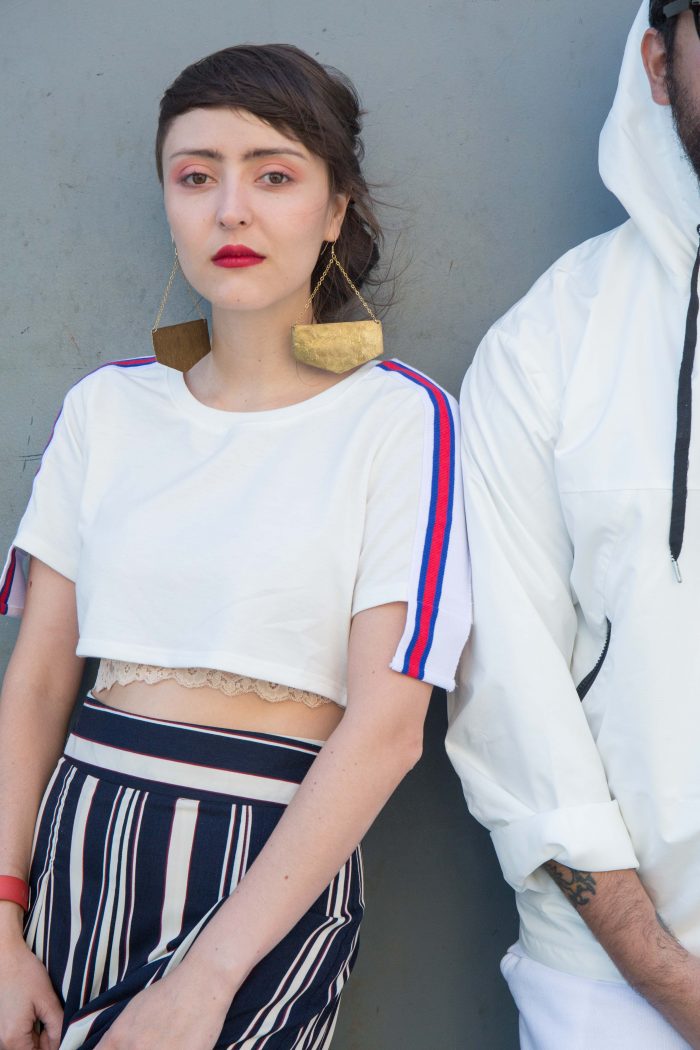 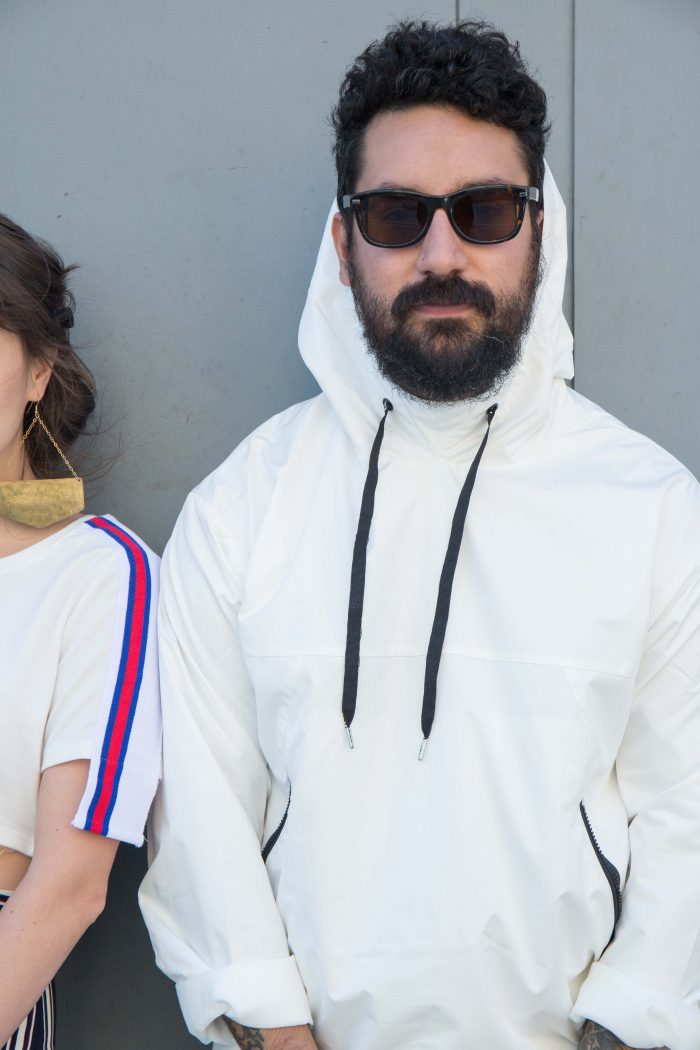 Salt Cathedral has been steadily building momentum since shifting musical gears, and their performance for thousands of roaring fans at Bogotá’s Rock al Parque Festival this past July was an overwhelming homecoming neither musician expected. “For me, Rock Al Parque was the best moment, musically, of my life,” says Nico emotionally. “In the early ’00s, when I was 14, 15, there weren’t a lot of bands going to Colombia to play shows. But Rock al Parque is a free festival, and it’s the only place where a kid with no money can go see the hottest rock and metal bands of the moment. Right after I left Colombia for school, my old band [Heartless] booked the festival, and I always carried that with me. So going back was an incredible feeling because I was no longer an observer, but part of the culture. The people that grew up with me are now promoters, managers, the A&Rs, etc. It was really special honoring that feeling of home, the place I got my real musical education.”

Stream Salt Cathedral’s “Always There When I Need You” on Nuevo Noise, Remezcla and Spotify’s collaborative playlist. Read more about our favorite artists featured on Nuevo Noise here. Find tickets to their tour with Coast Modern here.

Sideconomics: Interior Designer & Artist Veronica Ortuño Has Found a Way to Turn Her Side Hustle into a Creative Business