“Is this real?” Jessica Bejarano asked herself during rehearsals on the day of Tecate ALTA Presents: ALTA SINFÓNICA, a concert that saw the Mexican American conductor combine hip-hop, regional Mexican, and dancehall beats to create a cultural and musical fusion. “It’s been an incredible experience, and tonight is going to be the culmination of it all.”

In a partnership between Heineken USA and its Tecate ALTA brand, Bejarano led a one-night-only performance at the Herbst Theatre in San Francisco on October 1, 2022, alongside the San Francisco Philharmonic and three of the hottest Latine artists working in the industry today – Snow Tha Product, Oscar Cortéz and Los Rakas.

Together, Bejarano and the featured musicians blended classic and contemporary sounds that crossed musical genre boundaries and embraced cultural complexities. It was evident immediately the evening of the concert that Bejarano had produced something special. It was an event that would allow her to reach one of the goals she had set for herself as a conductor – to make classical music accessible to everyone.

“From the moment people walk into this concert hall, I want them to feel like they belong in this space [and that] they are comfortable in this space and that they enjoy the experience while they’re in the space,” she said. “I’m really hopeful that we are sparking something new and exciting that’s gonna continue on.”

The first to join Bejarano and the San Francisco Philharmonic, a group she founded and currently serves as its music director, was Los Rakas. The Grammy-nominated bilingual hip hop group from Oakland, California, is made up of Panamanian cousins Raka Rich and Raka Dun. The duo kicked off ALTA SINFÓNICA with their 2021 single “Se Prendió” with a symphonic accompaniment. 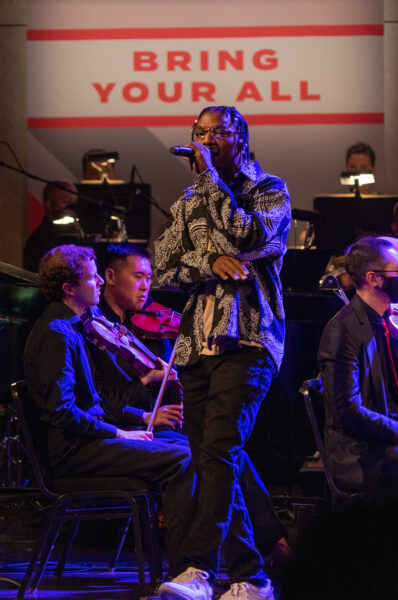 “We are excited to collaborate with ALTA SINFÓNICA,” said Raka Rich. “It’s a challenge for us, but we know we’re gonna come together and we’re gonna do something great because there’s gonna be a vibe.” 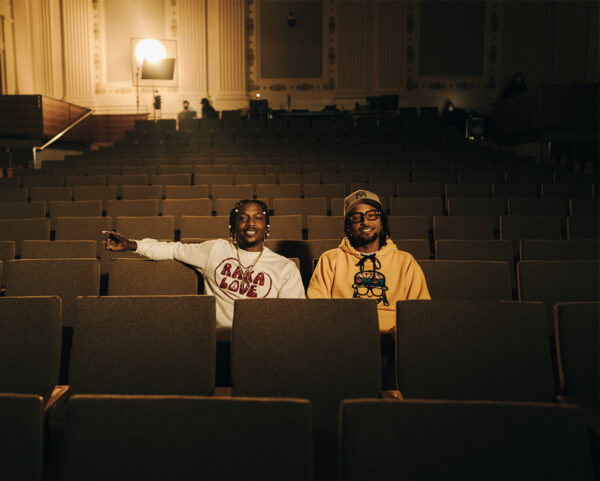 Hitting the stage next was regional Mexican musician and East Los Angeles native Oscar Cortéz, who was equipped with his piano accordion for the concert. Cortéz wore a black baseball cap with his full name embroidered in white lettering. He started with his song “San Diego Es Mi Casa” from his 2020 album Corridos Callejeros Vol. 1. 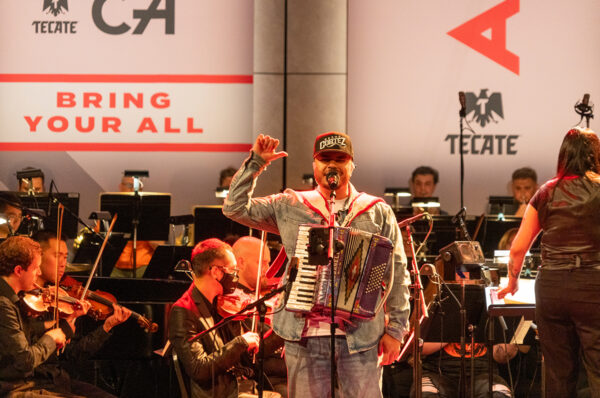 “I think it’s important to bring our genre to music for one particular reason,” Cortéz said. “I think at the end of the day, it’s all about unity. Different tones, different music – bring it to the table. People need to see it, hear it and get together to collab and do things outside of the box.” 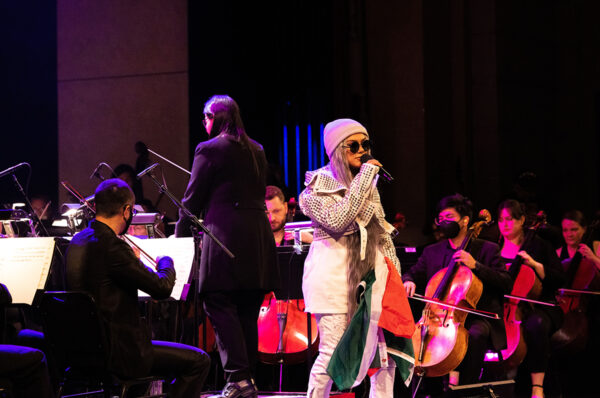 Rapper Snow Tha Product took the spotlight later that evening and carried a Mexican flag with her onstage. She used the word “beautiful” to describe the ALTA SINFÓNICA concert. She performed her 2019 track “Bilingue,” a bilingual song that celebrates her bicultural and Chicana identity.

“I think with just so many dope things and you put them all into one, it’s really inspiring to me,” she said. “Don’t be surprised in the future, it is from this moment that I’m like, ‘Things have to change.’ I might have to play with a live band on tour.” 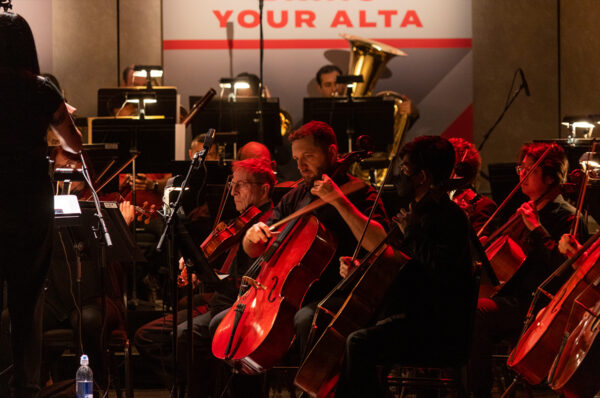 For Bejarano, it’s always been about making music. Through ALTA SINFÓNICA, she’s been able to do just that – and more. “I’m truly humbled,” she said. “Making music [is] all I’ve ever wanted to do. 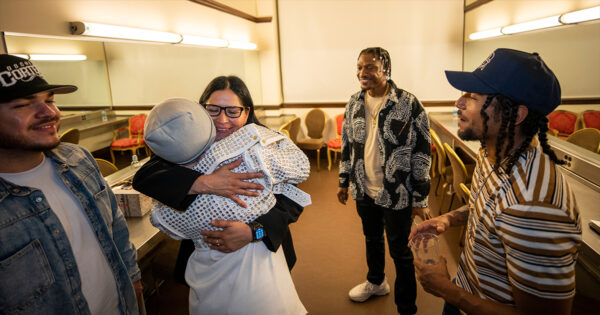 That’s still what I want to do. To be given this opportunity…to create this community [and] this new-age experience, it’s been a true honor.”