What If: 3 Artists on Their Biggest Fantasies - Culture, Remezcla - Remezcla
Search
In Partnership with: 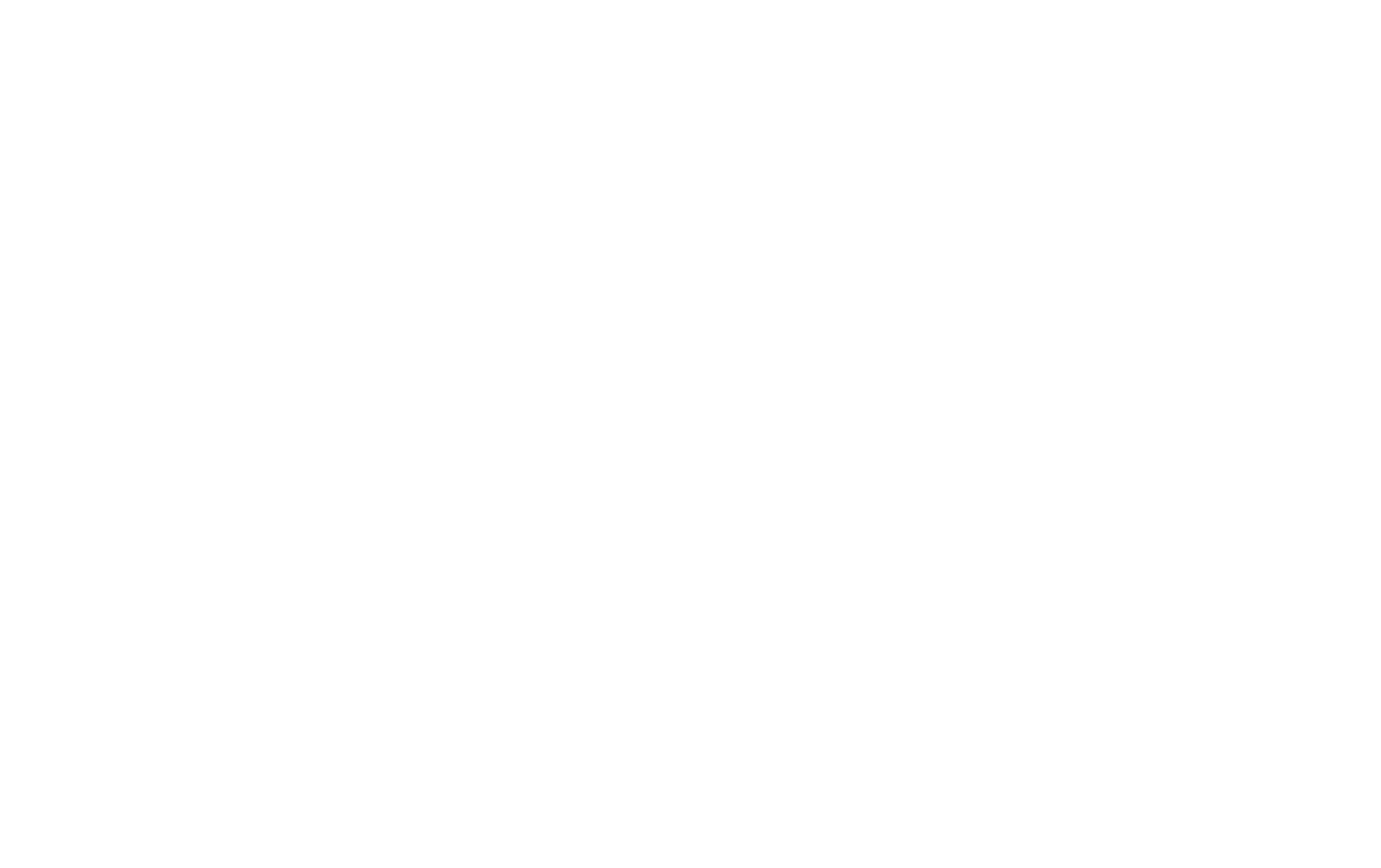 What If: 3 Artists on Their Biggest Fantasies

This content was created in collaboration with FOX for the premiere of Fantasy Island. Starting August 10th, FANTASY ISLAND airs every Tuesday at 9/8c on FOX.

There is an element of magic-making in an artist’s work. Whether that be drawing neon-inspired illustrations, creating a dreamy soundscape, or designing an out-of-this-world fashion fit, artists accept the task of producing something beautiful purely out of their imagination and sometimes even their deepest out-of-this-world fantasies. Inspired by anything from time travel and anime to social justice issues or the quotidian, artists are mirrors of society that allow us to better get to know our own self.

“For illustrations, sometimes just people-watching at a coffee shop [inspires me]. I’ll get cool ideas for a cool illustration, or I’ll sketch something, but I really get it from everything. From music, from different illustrators that I love from like the ’60s and ’70s, I’m really inspired by it,” Gabriel Alcala, the Miami-based illustrator whose work you’ve seen in the cover of The New York Times Book Review or The Washington Post, told Remezcla about what inspires him.

Remezcla had fun conversations with three stars reaching new heights in their careers about some of their wildest fantasies, inspired by FOX’s reboot of Fantasy Island, which originally aired in 1978. We asked about the sci-fi aesthetics that inspire them, some of their creative desires, and what they’d wish for if they were stuck on an island where they could ask for absolutely anything.

LA-based singer-songwriter and skater ESTY is catching everyone’s eye as she rolls through the music scene. Calling herself La Sailor Moon Dominicana, she performed her latest single, “7heaven,” in A Colors Show, giving viewers a peek into her bilingual genre-bending world. When asked what she would change in the music industry in a magical sense, she says taking on the division in genres is what she’d like to see shift.

“I feel like right now everything is separated by genre, by language. The ideal situation would be everyone being together, just being one, and being open to collaborate with everyone and anyone, based simply on the fact that they like what they’re doing,” she tells Remezcla. She adds that her ideal recording studio would be clad with plushies and teddy bears and “everything cute and bright colors”—as she sat in her bedroom and a desk filled with stuffed animals and miniature dolls. “It makes me happy,” she says.

The skater says that she would be a fairy if she could describe herself as any mythical creature. Especially as a skater, she’s able to be light on her feet and glide through the world. In a more industry-based sense, ESTY says she’d change the imposed age standards on women artists.

“Women are held to different standards like ‘You have to be younger. You have to look perfect. You have to be sweet and nice.’ I’m pretty nice, but sometimes you want to be boss without coming off mean,” she says. “Because for women, if you know what you want, you come off bitchy. it’s unfair towards women, just like the expiration of age.”

As for her own work process, ESTY values authenticity, from sharing her values with verses like “Quiero salvación no fama” to sticking to writing how she actually talks — in Spanglish.

“I make sure that I meditate and ground myself with God and with myself, like before I do anything and before I connect with the world…when I don’t do that, I feel like I’m on shaky grounds,” she says.

When it comes to ESTY’s dreams as an artist, her list includes working with artists like Travis Scott, and in the long term creating a multifaceted tour where she can display all of her talents.

“I just want to create and have fun… and connect with people that way. And of course, being content, even if I didn’t have that, just that inner peace and calm,” she adds.

For the skater, comfort and joy are also central to her work. And when asked what she would wish for if she was stuck on fantasy island, she says she’d want to have her entire family, husband, and close friends around, and “of course not having to worry about rent.”

It’s hard to miss the work of Bryan Hearns, even if you’re not keeping up with the fashion world. The LA-based designer is behind some of the current It-girls most iconic looks, from Megan The Stallion’s Sports Illustrated cover to Normani’s black leather fit in the “Wild Side” music video.

While he confirms that he’s living “the dream,” he explains that there’s much more to it than meets the eye. “I mean, yeah [I’m living the dream] as far as being able to work and do what you love, it’s definitely not glamourous. It’s a lot of hard work,” he clarifies.

Hearns is a graduate of the Fashion Institute of Design & Merchandising (FIDM), where he said he developed a more profound love for fashion when he would create with friends — a passion that grew to be lots of fun. “We had a group of friends, and we were all creating —some of them [did] makeup, some hair, some were photographers. I did the clothes.”

He said that if he could have his ideal setting to create, it would include many people creating together. “I feel like I need a bright white large office with a view and a lot of people that want to be there to create magic. That would be my dream. A lot of people working — and to have a lot of fashion shows.”

As a fashion designer, accessories can either make or break an outfit. And in the fantasy world, from films to sci-fi, accessories are everything too. For Hearns, his Cinderella-glass slipper-like fashion accessory is not short of magic and allure. “It’s not related to clothes, but I love fragrance. I feel like that would be my magical accessory,” he shares.

Hearns is also behind some of Cardi B’s most standout looks. He designed her Houston rodeo show cowgirl fit and her bedazzled look for the “Please Me” music video. At the time, Cardi B revealed that her look for her “Please Me” collab with Bruno Mars was inspired by the late Selena Quintanilla. The Tejana was known for her glitter-covered bras and elegant yet sexy outfits, so it is no wonder that that’s precisely who Hearns said he would’ve loved to design for if he could pick anyone from the past to work with. “I would love to dress Selena. I feel like if she were still around, I would’ve dressed her because she loved the sparkle,” he tells Remezcla, before adding: “I would’ve loved to dress like very far in the past, [like] Cleopatra. I feel like that would’ve been fun. If I were born at that time, I would’ve made the clothes,” he added.

But past or present, making his clients feel sexy, confident, and like they can take on the world is key. For Hearns, it’s all tied to his life in Los Angeles and his surroundings when it comes to inspiration. He also draws most inspiration from shows like Game of Thrones and movies from the ’80s and ’90s, with one in particular.

“Aliens— it’s very futuristic and utilitarian. I love that stuff, like space things,” he said. For him, thinking of the future of fashion as it’s tied to the planet is important beyond what is considered futuristic styling. “I feel like the aesthetics aren’t practical, and the future of fashion towards that is more like the technology, which I think about a lot,” he shares. “I think a lot about where is fashion going and how are we going to benefit, from making fashion more sustainable while [making] clothes between more than just a fashion accessory.”

For Hearns, having an ever-evolving creative process and thinking beyond the modern era is part of what invigorates him. If he could create for any event that he has yet to design for, he picked the iconic Met Gala. But when asked what he would ask for if he was on the show Fantasy Island and could ask for anything, Hearns says he’d ask to be able to bend time. “I would love to be able to stop, fast-forward, and reverse time. The other [thing I would ask for] would just be lots of money.”

“I want it to be so simple but that you can still stare at it for a long time be amazed that it’s so simple, but it keeps on resonating for a while later,” he says of his art, adding that he tries to look at the world with fresh eyes. “I try to look at things as if I’m looking at them for the first time.”

Visual artists create what at times can feel like tangible spaces that viewers can inhabit. Alcala’s art pieces are minimalist yet potent, most with bright neon colors. If they had a musical theme, it would be a fusion of synthetic sounds, and if he could create a unique aesthetics for a world to live in, he says it would be a mix of The Flinstones and The Jetsons.

Alcala says if he could go back in time, he would’ve loved to meet Milton Glaser, the creator of the staple “I <3 NY” logo. He says he’s also inspired by the work of artists of New York’s Push Pin Studios (which Glaser was a part of before creating his own studio in 1974).

While the Venezuelan-American illustrator says his identity isn’t front and center in his work, it is a part of who he is, and his parents, in particular, influenced him.

“My dad showed me different Venezuelan artists that I like. There’s this one illustrator that my dad had a few different illustrations and posters and stuff around me when I was a little kid, [like] Pedro Leon Zapata,” he recalls. “I look at it now, and I’m like, ‘That’s so cool.’ It looks like something that I would do. I think in that way [my identity influenced me].”

As far as what he would ask for if he was stuck on Fantasy Island — which he says his parents also exposed him to— his answer is geniunely one-of-a-kind. “I think my wish would be to be able to Astral travel whenever I wanted to,” he exclaims.

The premise behind Fantasy Island is that guests can go and be granted anything they wish for, for a price. For this reboot of the show, Fox has casted Roselyn Sanchez in the lead role. Check out the trailer below and be sure to tune in every Tuesday starting August 10th at 9/8c on FOX.