Bartolo Colon is a Fan Favorite Due to His Gordito Swagger, But He's Also a Legend on the Mound
Search
Sports

Bartolo Colon is a Fan Favorite Due to His Gordito Swagger, But He’s Also a Legend on the Mound

Professional sports are known to be a young man’s/young woman’s game and, as a rule of thumb, most athletes have sleek, strong, muscular bodies. But some athletes are so adept that they can architect their own retirement timeline. Cue the portly Bartolo Colon, he of the steady fastball and rotund belly.

On Wednesday night, Colon begins his 20th season in the major, and he has the chance of breaking the all-time wins record for a Dominican-born pitcher. With a career 233 career victories, Colon is 10 wins away from tying fellow country-man Juan “Dominican Dandy” Marichal’s record, 11 from holding the top spot by himself.

Over his past three seasons with the New York Mets, Colon, known lovingly as  “Big Sexy,” proved his durability by unexpectedly anchoring a rotation full of young hurlers (including Matt Harvey, Noah Syndergaard, and Jacob deGrom). With Colon in the rotation, the Mets made a World Series run in 2015, and he had a team leading 15 Wins in 2016. In all, Colon averaged over 196 innings per year and finished with an overall record of 44-34 in New York.

Those three years were Colon’s first in the National League, and Colon quickly became a Mets fan favorite not just for his pitching and fielding (check out this behind the back flip), but also for his memorable at-bats, in which he usually either struck out or swung with such force that his helmet fell off.

Colon even made the record books at the plate, when he cracked a two-run home run against the San Diego Padres on May 7, 2016, becoming the oldest pitcher to hit a “jonron” in the Majors, at the ripe age of 42 years old. The 365-foot shot even propelled the Topps Now trading card company to issue a special card commemorating the occasion, and it quickly became a best-seller with roughly 9,000 cards sold.

While Big Sexy’s batt generated humor over his three-year star at Citi Field, his “platano-powered” arm is still his bread and butter, one that has helped him amass over $100M in career earnings. Not bad for the son of a farmer from Altamira, Dominican Republic, who was harvesting coffee one day when a family friend looked at his hands and told his father that Bartolo’s physical gifts would be wasted if he didn’t pursue baseball.

By then, Colon was already in love with the game, playing pick-up ball among different teams on the island. The much-skinnier young pitcher got his big chance in 1993, signing with the Cleveland Indians for $3,000, of which $500 went to the “buscone” scout that connected him with the team. 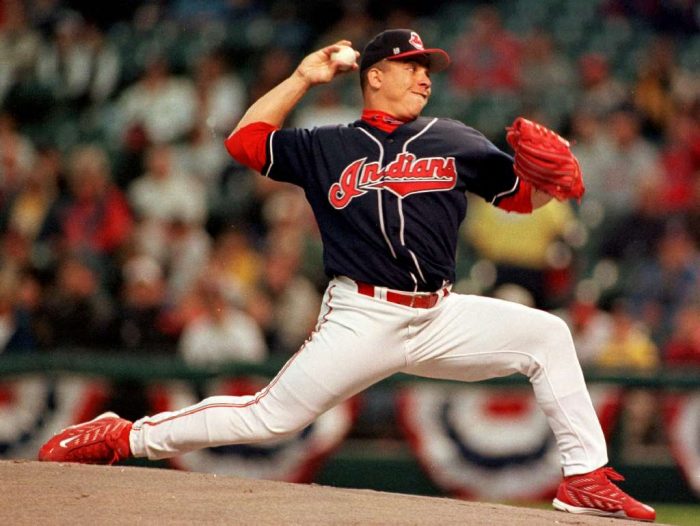 As soon as he debuted in Spring Training of 1997, Colon showed off his skills as a slim fire-hurling rookie with the Indians, putting him immediately in the running to become Cleveland’s fifth starter.  He vividly recalls that, in his final tune-up game of the spring, he gave up a home run to future Hall of Famer and career-long Atlanta Braves slugger Chipper Jones. Colon thought his chances to become the fifth starter were over, but he settled down and struck out the next six batters punching his ticket to the major.

In a cosmic twist, it’s those same Atlanta Braves that have signed the soon-to-be 44-year-old Colon to a $12.5M one-year deal for the 2017 MLB season. Joining him in the rotation is fellow over-40 Cy Young winner and ex-Mets pitcher R.A. Dickey (who won pitching’s top title in 2012, while Colon won in 2005 as part of the Anaheim Angels). The elderly (by MLB standards) pair look to to eat up innings for the Braves, as they open up their new $622M Sun Trust Park stadium. While Julio Teheran is the ace of the staff, Colon and Dickey will be looked upon to provide veteran pitching leadership.

It’s a small subplot for a team that won’t be all that good, but if Colon is able to replicate his Mets form and grab those 11 wins, he will break Marichal’s 42-year-old record, and finally cement his status as a future Hall of Famer in his own right. Either way, Big Sexy is a Dominican legend and fan favorite, and we’ll be keeping an eye on him every time he’s on the mound or fumbling at the plate.