12 Years After His Death, Eddie Guerrero’s Legacy as a Fronterizo Still Resonates 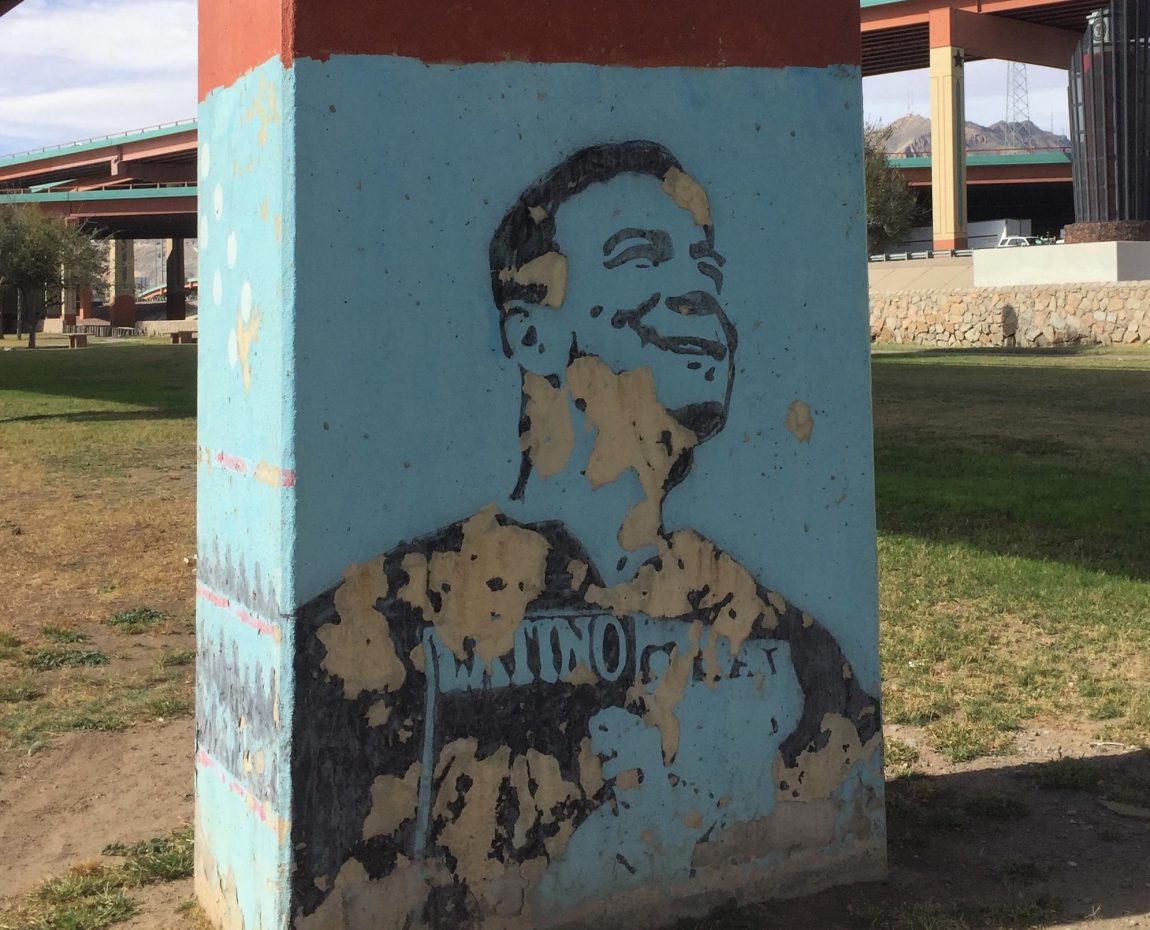 Very few things grow in the Chihuahuan Desert, where El Paso–the westernmost part of Texas–meets Juárez, the northernmost point of the Mexican state of Chihuahua. Colored rocks, surrounded by long rows of rock walls are a common part of the area’s home landscaping. Either that or simply weeds and dirt, both more common than grass and trees in the barren desert. To grow either requires great investment in time and money—assuming there are no watering restrictions. And even then, sandstorms that seemingly come once every month-and-a-half will likely damage both. On those days, the sky turns a light pink, and you hear what sounds like a low-powered sand blaster hitting house windows and cars. The sand blasts mixed with the sun and dry heat–born from months between rains–eats away at anything colorful. This is where Eddie Guerrero comes from, and this is where we return to, 12 years after the wrestler’s death.

As it’s caught in the middle between a decade and a 15-year anniversary, remembering the dozen years since his passing is not a particularly attractive activity. But then again, I never associated glamor with Guerrero. And though he is largely known for his WWE wrestling, I first saw him–and this is how I still remember him–away from the televised events of multimillion dollar wrestling corporations, and removed from the celebrity he found later in his career. I used to watch Guerrero fight in the Gimnasio Josué Neri Santos—a gym in downtown Juárez, less than a mile from the border separating two countries. The gym was in rough shape back in the late 1980s. Its bathrooms were almost unusable, and low-dimmed lights kept one’s vision from fully taking in the surroundings. It was never clear if the lights were purposefully set low to disguise the gym, or if that was the extent of their illumination. If you went there enough times, however, you instinctually learned that, after controversial matches, you had to be wary of getting splashed by what filled the cups thrown into the ring. If you were lucky, that liquid was beer, though it was hard to distinguish it from the agua de riñon that misted over the ring. Still, every Tuesday and Sunday, the gym hosted lucha libre nights, with Europe’s “Final Countdown” serving as the theme song both in person and on television.

Among other luchadores who regularly fought in Juárez were Rocky Star, who rumor had it, was a local pharmacist. So did Rey Misterio Sr. and, on a special occasion, the priest-turned-luchador Fray Tormenta—the inspiration for the main character in Nacho Libre—wrestled and sold key chains as part of his fundraising to support an orphanage. Around the time of Eddie Guerrero, Konnan also started wrestling in Juárez. He wore a mask, had the physique of a superhero, and at first, didn’t speak, then communicated only in English to keep his mysterious aura. I watched Konnan turn heel—it was the sort of act that could break a prepubescent child’s heart, if not for Eddie Guerrero.

Guerrero was a fronterizo, one who was at home on both sides of the El Paso-Juárez border.

Guerrero differed from the other luchadores. My uncle and grandmother–who often took me to the lucha libre, and who had watched for decades–mentioned that Guerrero was part of a legendary wrestling family. That wasn’t what made him stand out, though. The youngest of the Guerrero family was charismatic, with long hair that went past his neck. Because he didn’t wear a mascara, he appeared younger than other wrestlers, and he was also more athletic, and with a slimmer build, than the usual luchadores, who years later we described as “old man Mexican buff”—thick, flat-chested torsos with powerful arms and a layer of fat covering their muscles. Someone like El Santo was “old man Mexican buff,” Eddie Guerrero was not. There was also something else about Guerrero that made him different: the way he spoke and the things he said.

Guerrero was from El Paso, on the other side of the border. And though he likely spent as much time in Juárez as in El Paso—as many of us who live on the United States-Mexico borderlands do—he went to school on the north side of that divide, at Jefferson High School–or La Jeff, as we used to call it. If you listened to Guerrero close enough, you could hear him speaking Spanish with an accent, the sort that, if he wasn’t who he was, could get him described as a “pocho”. Seemingly every time he spoke, he mentioned not just Juárez but El Paso. “Arriba Juárez, arriba Mexico, arriba El Paso,” he’d say during interviews. Guerrero was a fronterizo, one who was at home on both sides of the El Paso-Juárez border. Bridge of the Americas, between El Paso and Ciudad Juárez. Photo: Wikimedia Commons.

Growing up between border towns, one is surrounded by things that connect and divide. For all the recent talk of building a structure to further divide the United States-Mexico border, a rust-colored, 18-foot-high fence has separated El Paso and Juárez for close to a decade. Before that, shorter chain linked fences separated the two cities while sandwiching the Rio Bravo—also known, depending on perspective, as the Rio Grande. Both terms have become ironic nomenclature for a concrete river bed that, in the middle of the desert, is waterless for most of the year. International bridges connect that artificial divide; it’s artificial only because border towns, though in different countries, are more alike to one another than they are different.

A place like El Paso will always share a culture with Juárez that makes it more alike to its Mexican sister city than to the rest of Texas, let alone the United States. The same is true in reverse. In fact, before 1848, the El Paso-Juárez borderlands were one place: El Paso del Norte. Then, the Treaty of Guadalupe Hidalgo named the Rio Bravo as the border dividing Mexico from the United States and separated El Paso del Norte into two. City officials eventually renamed the Mexican side Ciudad Juárez in 1888, honoring Benito Juárez who, during French intervention, moved the seat of the Mexican government there. The United States side, then, became the sole owner of the “El Paso” name. Few people from the El Paso-Juárez borderland reach fame and recognition. Juan Gabriel, the most famous of the fronterizos, was an anomaly in many ways, some of them obvious. Tin Tan—who epitomized the bicultural identity though his Pachuco character— is also from Juárez, though he was born in Mexico City. Second only to Juan Gabriel, Tin Tan is likely the most important El Paso-Juárez fronterizo in terms of popularity and cultural importance. On the infamous side, there was Richard Ramirez, who grew up in El Paso and became known as a serial killer, the Night Stalker. Supposedly, during his trial in the late 1980s, someone spray-painted a highway billboard on the outskirts of the city that normally read “Welcome to El Paso”—the vandals added “home of Richard Ramirez.” In short, Eddie Guerrero was among the few from the El Paso-Juárez borderland to gain recognition outside of the frontera.

Eddie Guerrero got out of El Paso long enough to tragically die at the age of 38.

I don’t remember when I stopped paying attention to wrestling, and by extension, Eddie Guerrero. It was around the time I moved from home. However, I remember when I saw him again: while changing channels and randomly passing a WWE event. As he was much more muscular than I remembered him, it took a few minutes to fully recognize him but when I did, I felt a certain pride. I do remember when I first heard he died—I had returned home. The phone rang, and my mother picked up, only to hear my uncle tell her to tell me some hard news: Eddie Guerrero got out of El Paso long enough to tragically die at the age of 38.

The El Paso-Juárez borderlands are the type of place where you grow up hearing others talk about how they long for escape. Since I left as soon as possible, I suppose I was no different. No matter how far you go, however, being from there influences one’s psyche. There is no escape, and it’s not until you leave that you realize how the area and its rugged allure influences how you see the world, and how you feel and find yourself within it. Outsiders in each of their respective countries, fronterizos’ isolation often leads to them being mischaracterized, reduced to secondary actors as violence overrides any notion of beauty. This is the historic tension of borders that can serve more as reminders of conflict and violence than anything else. Gimnasio Josué Neri Santos is in an area that was especially hard-hit by Juárez’s drug wars. During that time, the area around the gym, which was once a tourist destination, became a ghost town. With some success, city officials have revived this area. If you walk from El Paso, on Avenida Juárez– “La Juárez,” as we call it–you’ll see a large mural of Juan Gabriel covering an entire side of a 9-floor building. On the bottom right-side, there’s a quote from him: “Felicidades a toda la gente que está orgullosa de ser como es.” Congratulations to all the people who are proud of who they are. A street west of La Juárez is Calle Mariscal which has murals of Tin Tan covering a building. That street runs next to the gym where Eddie Guerrero once wrestled as a relative unknown. The gym looks renovated with new exterior and interior paint.

On the other side of the border, less than a mile from where he attended school, there’s a mural—about 6 feet high—of a smiling Eddie Guerrero. It’s chipped and fading, but fitting of the aesthetic from where he came from. 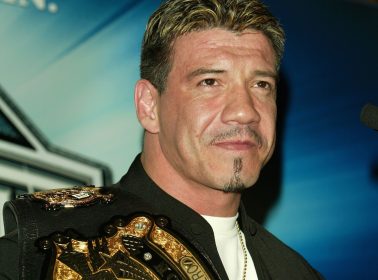 Remembering Eddie Guerrero, WWE's Latino Pioneer, On What Would Have Been His 50th Birthday 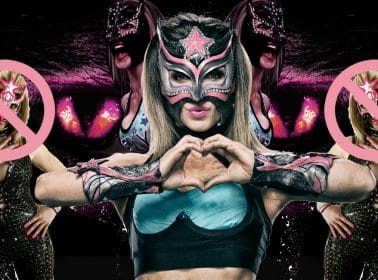 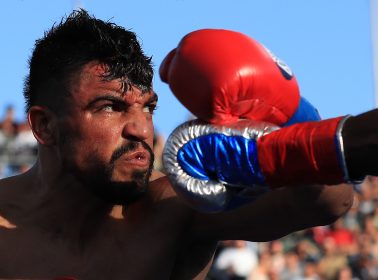