You Should Stream: ‘Black in Latin America’ Teaches Us About Our Hidden African Roots

Many of us Latinos overlook our African roots. In honor of Black History Month we are celebrating Afro-Latinos and invite you to discover the history of the African diaspora in Latin America. Henry Louis Gates, Jr.* is a Harvard professor, an expert in African and African American History, and host of Black in Latin America.

Gates has taken his knowledge of African History and racial dynamics in the U.S. and focused his attention on the rest of the Americas in the four part PBS documentary series Black in Latin America. He uncovers the hidden history that most Americans, African Americans, and even Latinos don’t know about. In the series Gates teaches us that that more than 11 million africanos were taken to Latin America as slaves. That is 25 times the number sent to the United States! He visits Haiti, the Dominican Republic, Cuba, Brazil, Mexico, and Peru. He discovers the similarities in religion, food, and music–tracing their common origin to Africa. He talks to locals and always ask, “What are you?” In each country, nuestra gente have a unique way of identifying as black. In Brazil, the response almost always involves a skin color like negro, moreno, or mulatto where in Cuba most identify as a ‘Cuban who is black.’ In the Dominican Republic and in Mexico, Gates finds that many deny their African roots.

It’s a history lesson that is part travel show and part sociological study but it’s also fun to watch. A lot of the entertainment comes from listening to Gates trying pronounce words in Spanish in a very gringo accent. The four episodes just begin to scratch the surface of nuestra cultura africana in Latin America but it serves as a pretty good introduction.

Where To Watch It: All four episodes FREE on Black in Latin America’s website. (You may need to sign up for a free PBS log-in.)

Episode Descriptions of the 4-Part Series

In the Dominican Republic, Professor Gates explores how race has been socially constructed in a society whose people reflect centuries of intermarriage. In Haiti, Professor Gates tells the story of the birth of the first-ever black republic.

Cuba: The Next Revolution

In Cuba, Professor Gates finds out how the culture, religion, politics and music of this island are inextricably linked to the huge amount of slave labor imported to produce its enormously profitable 19th century sugar industry.

In Brazil, Professor Gates delves behind the façade of Carnival to discover how this ‘rainbow nation’ is waking up to its legacy as the world’s largest slave economy.

Mexico & Peru: The Black Grandma in the Closet

In Mexico and Peru, Professor Gates explores the almost unknown history of the significant numbers of black people—the two countries together received far more slaves than did the United States —brought to these countries as early as the 16th and 17th centuries.

*Remember a few years back, the Harvard professor who was mistakenly arrested for breaking into his own house? It was this guy. Gates is not only brilliant, he’s also a badass. At the time he lived in campus housing and had just returned from a research trip in China. The lock on his front door wasn’t working so he asked his driver to help him force it open. Meanwhile, a neighbor saw what was going on and called the police. When the cops showed up Gates was already inside. The police officer told Gates they were called about a break-in and asked him to come outside. Gates responded, “Why, because I’m a black man in America?” After arguing with police he was arrested for disorderly conduct but the charges were eventually dropped. Gates cleverly used the incident as an opportunity to open up a public discussion on racial profiling in the U.S. 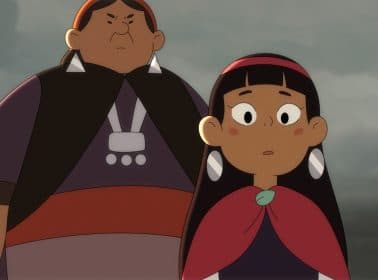