Aubrey Plaza & the Rest of the 'Parks and Rec' Cast Reunite Tonight To Raise Money for Presidential Nominee Joe Biden
Search
09.17.20 at 3:22 pm

It was a long-running joke on the TV series Parks and Rec that Poehler’s character Leslie Knope, who dreamed of one day becoming President of the United States herself, had a crush on then-Vice President Biden.

In fact, during a 2012 episode of the show, Leslie’s dream comes true when Ben Wyatt (Scott) pulls some strings and gets Leslie a few minutes of facetime with the VP. Leslie ends up blushing like a schoolgirl and awkwardly leans in to kiss him.

“This isn’t happening; this isn’t real,” she says with a permanent smile on her face. “You’re very handsome.” 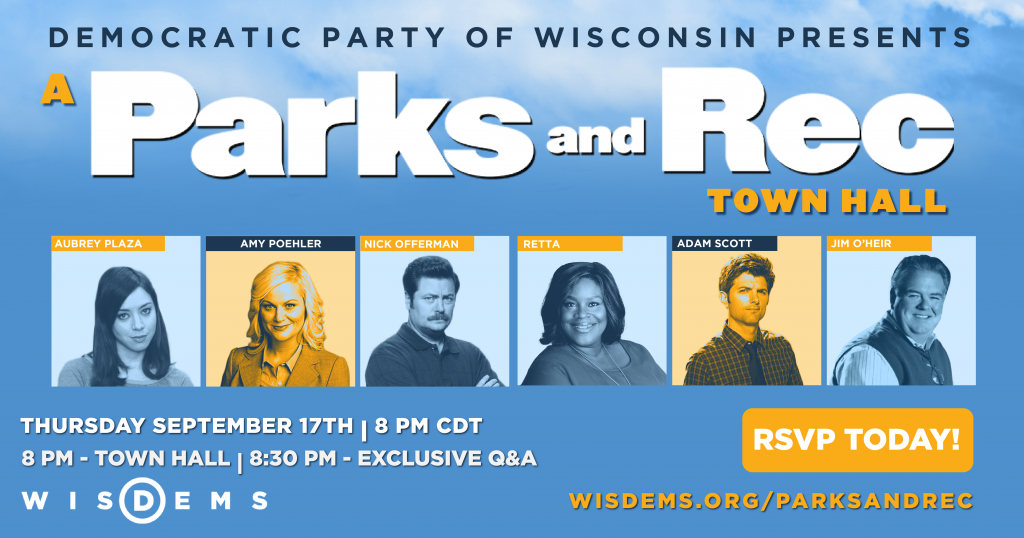 Tonight, Leslie, or at least Poehler, can reaffirm her unrequited love for Biden by helping his campaign raise money to defeat Donald Trump in November.

Parks and Rec fans can chip in any amount to participate in the online event. Donations will benefit the Democratic Party of Wisconsin.

The most recent ABC/Washington Post poll has Biden leading Trump in Wisconsin by six points. Trump won the state in 2016 by only 22,748 votes. If Biden wins in November, maybe he’ll make Aubrey Plaza the first Latina secretary of state.