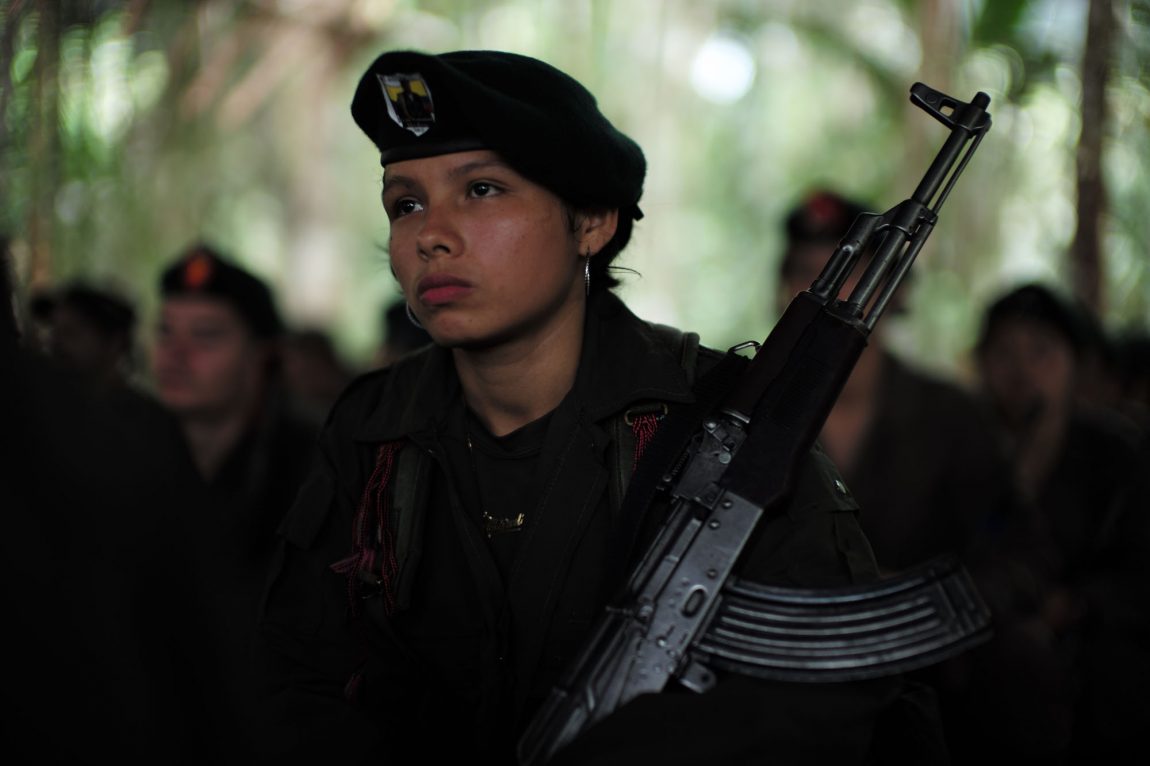 'To End a War' still courtesy of the filmmaker

For its sixth edition, the Colombian Film Festival New York will open with a documentary that tackles the mood of the country in the aftermath of a contentious peace agreement. Miguel Salazar‘s Ciro & yo (Ciro & I) tells the story of the Colombian conflict, and its aftermath, through the tale of Ciro Galindo. Described as “a journey to memory, seeking to give sorrow words; a journey, similar to that of Colombia in times of peace, in search to recover its dignity,” Salazar’s personal project will set the tone for this year’s fest. The films and directors featured in CFFNY’s 2018 edition are here to prove that the local industry is still booming and ready to deliver on the promise of projects like Embrace of the Serpent, which garnered the country’s first-ever Oscar nomination for Best Foreign Language Film in 2016.

In fact, two other documentaries being shown, Marc Silver‘s To End a War and Jorge Andrés Giraldo Antía‘s Nueve Disparos expand on the history lesson offered by Ciro & I, suggesting that Colombian cinema is committed to tackling the conflict with the empathy and complexity it deserves. While Silver’s thriller-like account of the peace negotiations offers a historical overview that tries not to take sides, Giraldo’s more personal doc reaches for the intimate, weaving family videos as a way to discuss the young men the conflict claimed.

Those looking for lighter fare may want to check out the fiction films. Among them you’ll find Marcela Rincón González‘s children’s film El libro de Lila (Lila’s Book). Popping with color and looking like a hybrid between Miyazaki and your favorite bedtime storybook, this animated tale follows a young girl named Lila as she travels to the Desert of The Lost Memories and tries to save the world she once knew from being completely forgotten.

And for something even more laugh-out-loud and a little less PG there’s Samir Oliveros’ El día de la cabra (Bad Lucky Goat). After accidentally killing a bearded goat with their father’s truck, two incompatible teenage siblings must find a way to fix the damaged vehicle before their father finds out—a hard enough mission that’ll require them to visit a butcher, rastafari drum makers, a pawn shop and even a witch doctor. All in a 24-hour adventure around Port Paradise.

With over 30 movies being presented in the fest, New Yorkers have plenty of chances to seek out Colombian films that rarely screen outside of its borders. Better yet: together they offer quite a diverse portrait of a cinema industry in full bloom.