TRAILER: ‘A Bridge to Cuba’ Goes Behind the Scenes of the New York Cosmos’ Historic Match in Havana

Cuba may be supplying sluggers to baseball’s major leagues by the handful, but on the ground, the country is rapidly transforming into a land of fútbol fanatics whose furor easily matches the more traditional Latin American bastions of the beautiful game. Granted, their skills still have a long way to go, but it’s only been a decade or so since soccer became the first professional sport to be broadcast on Cuban television, and the island’s future superstars are still being forged in the fires of streetball games across the island.

Fresh from Minneapolis and on our way to Havana #CosmosInCuba pic.twitter.com/pDY6C0DlfQ

So it was fitting that the U.S.’s first major gesture of sports diplomacy recognized the changing reality of Cuban sports tastes by sending over the New York Cosmos to play a friendly against Cuba’s national soccer team. Riding along with the contingent was soccer legend Pelé, who was involved with the Cosmos back in the 1970s, along with their current crack, Raúl. Somewhat less explicably, the New York Knicks’ power forward, Carmelo Anthony, went along for the ride, a move that Fusion surmised might have to do with his efforts to reactivate the defunct Puerto Rico Islanders soccer club.

In truth, he probably just rode along to try the cigars, but he did take the opportunity to study the state of Cuban soccer culture for the inaugural episode of his Vice Sports webseries Stay Melo. Here the cameras follow him from the highly publicized Cosmos-Cuba match, where New York came out as the clear victor, to an organized indoor soccer game and finally, some raw streetball in the plazas of Old Havana. Along the way, Carmelo smokes some cigars and walks the streets like an abnormally large kid in a faded colonial candy store.

And if that wasn’t enough to satisfy your appetite for Cuban soccer culture, the cable channel ONE World Sports will be releasing their own documentary of the historic game between the New York Cosmos and the Cuban national team entitled A Bridge to Cuba on November 7. While the trailer kicks off quite brazenly by touting soccer as the “only sport that transcends racial, religious, socioeconomic, and political boundaries,” we can forgive their slightly over-the-top claims for what will no doubt be another interesting window into the vicissitudes of sports diplomacy, along witha slice of life on the ground in a country that is rapidly becoming the U.S.’s new favorite playground. Hit play on the video up top to watch to see for yourself.

PHOTOS: This Brazilian Photographer Captures the Power of Fútbol in Cuba 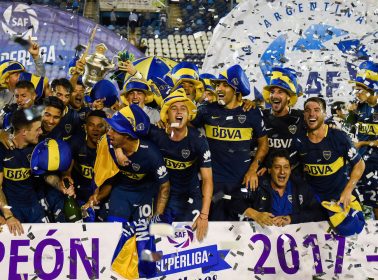 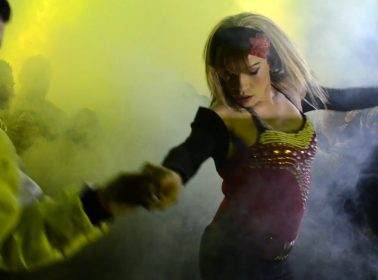 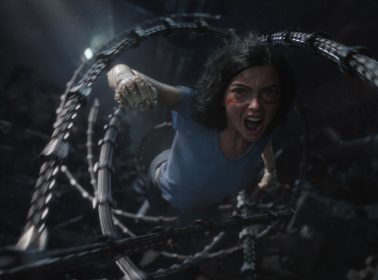 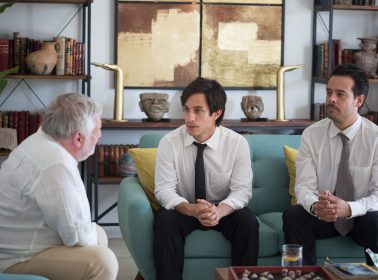 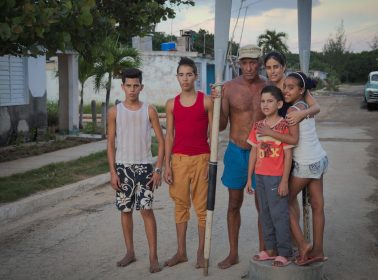