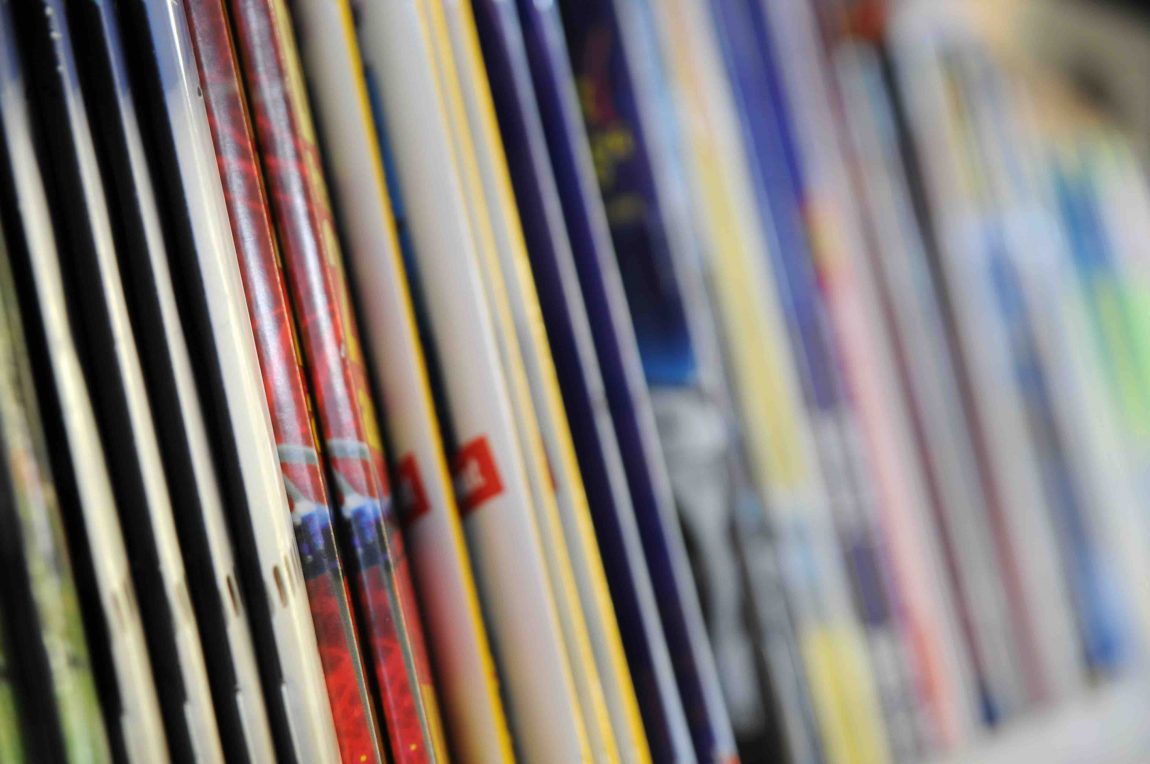 Ignored by mainstream media, Latinx have opted to create the representation they seek, and in recent years, this has meant an emergence of new, Latinx-owned magazines. It may seem unexpected; after all, the magazine industry faces a harsh reality consisting of dwindling sales and subscribers. Yet, independent magazines seem to be thriving.

What may be driving their success is an interest to dig deep into subject matter otherwise overlooked. The following four magazines do just that, exploring intersectional identities and themes that defy borders.

In the Dominican Republic, la galería is the front porch of a house, where people can be found playing dominoes, chatting with neighbors, and engaging in fierce debate on hot political issues. La Galería is also the name of the magazine celebrating Dominican culture and generating thought-provoking conversations on the Dominican experience.

“La Galería is about liberation and really analyzing and talking about the stuff that no one wants to talk about,” says Amanda Alcantara, co-founder of the publication.

La Galería delves deep into topics such as machismo, anti-blackness, Dominican-American stereotypes, community healing, and more, while elevating underrepresented voices in the community, such as that of Afro-Dominican women and queer Dominicans. Co-founded by Alcantara, Isabel Cristina, and Carmen Mojia in 2015, the publication continues to be led by Dominican women.

After building a community of followers online, La Galería released its first print issue this year, showcasing powerful visuals of the Dominican diaspora, including archival photographs of the Dominican Day Parade from the ’70s and ’80s and reported stories and personal essays. For Alcantara, who grew up without a reflection of herself in the media, seeing the magazine in person “felt like a dream come true.”

“I really didn’t even realize all the emotions it was going to create in me,” Alcantara continues. “I thought, ‘Wow, what a difference it would have made to see something like this as a kid.'”

Join us on Thursday, June 28th at @thenewworkproject for a new edition of #BitterLaughter, about art and activism from Latin America and Spain. ✊️ . The featured artists will be the photographer and curator @lissa_rivera_ and her partner and muse, @orkinpod. Their ongoing project #BeautifulBoy, is an intimate exploration of the evolution of gender and identity. On the second part of the evening, we'll talk with the Mexican rapper @audryfunk and the Salvadorian DJ @djlouprouge, about the power of hip-hop to fight inequalities. They'll also perform at the end of the night! . Get your tickets from the link on our bio! . Special thanks to our sponsors: @thenewworkproject, @thecooperunion, @acehotelnewyork, @fideliscare, @shccnj, @spainculture.us, @argennewyork

Vice Versa Magazine is a bilingual publication that draws a bridge between the experiences of Latinxs and Latin Americans, where the creative works of Latinx and Latin Americans coexist. Comprehensive in subject matter, Vice Versa publishes interviews, photo essays, crónicas, personal essays, and reviews of more than 400 collaborators from than 30 countries.

“[These collaborators] are artists, photographers, writers, poets, musicians, political analysts, economists, you name it,” says Mariza Bazile, co-founder and editor-in-chief of Vice Versa in an email. “They are a clear demonstration that Latin America is much more than corrupt governments, economic crisis, and shallow cliches.”

With the creation of Vice Versa, Bafile followed in the footsteps of her father who published a newspaper in Venezuela for Italian immigrants in the ’50s and ’60s. Her interest in immigration and Latin America followed her as she moved to New York, where she dedicated herself to reporting the nuances of the Latino community. There, Bazile and her daughter, a graphic designer and film editor, initiated Vice Versa.

While Vice Versa has yet to publish a print issue, it has released print editions of Bitter Laughter, an annual conference hosted by the magazine that utilizes satire and art to speak on important issues affecting Latin America and Spain.

It has arrived! Raspa No. 06 is fresh from the printer. If you ordered online you should be receiving your copy in the…

While there may be more Latinx literary magazines now than ever, marginalized voices within the community often remain overlooked. It’s why César Ramos founded Raspa Magazine, a literary journal for self-identifying queer Latinx from the US and abroad, in 2012. With its seventh edition currently in the works, the magazine publishes poetry and fiction while also featuring the work of artists.

“We want every issue to provide a cross section of experiences that our community is currently exploring, living, surviving,” Ramos says in an email. “Previous work submitted explore immigration, border culture, love and sex, historical memory and trauma, violence, desire, transnationalism. These are all topics and themes that touch on the daily lives of many in our communities.”

Queer, Latinx writers face a set of challenges that can make the arts industry difficult to access and navigate, particularly under the current government administration. To counteract these challenges, Ramos says, Raspa Magazine employs an all-queer, all-Latinx editorial masthead.

“It puts our publication in a very unique position to provide access to a safe space without the fear of being tokenized, with the liberty to experiment, and the comfort knowing that their work will be treated with dignity and respect,” Ramos continues.

The scheduled release for Raspa Magazine’s upcoming issue will be February 2019.

Preview to #ss18 SOYYO Magazine release coming to you soon! Subscribe on https://t.co/15AKwyicFP for details 😀 pic.twitter.com/4nKNCsJFUO

“We’re a creative hub around sustainable development and what that really means is that we want others to be mindful of how their actions affect their environment,” Ochoa says. “And the best way to do that is through culture.”

“We cover a lot of cultural content, but we’re also mindful that it has substance and that the people that we cover are mindful of their environment,” Ochoa adds.

Soy Yo Magazine is guided editorially by the 17 sustainable development goals outlined by the United Nations, which include affordable and clean energy, gender equality, and no poverty. In its first print issue, Soy Yo featured 17 creatives whose work aligned with one of the UN goals.

5 Latina-Owned Brands That Will Keep You Organized in 2020 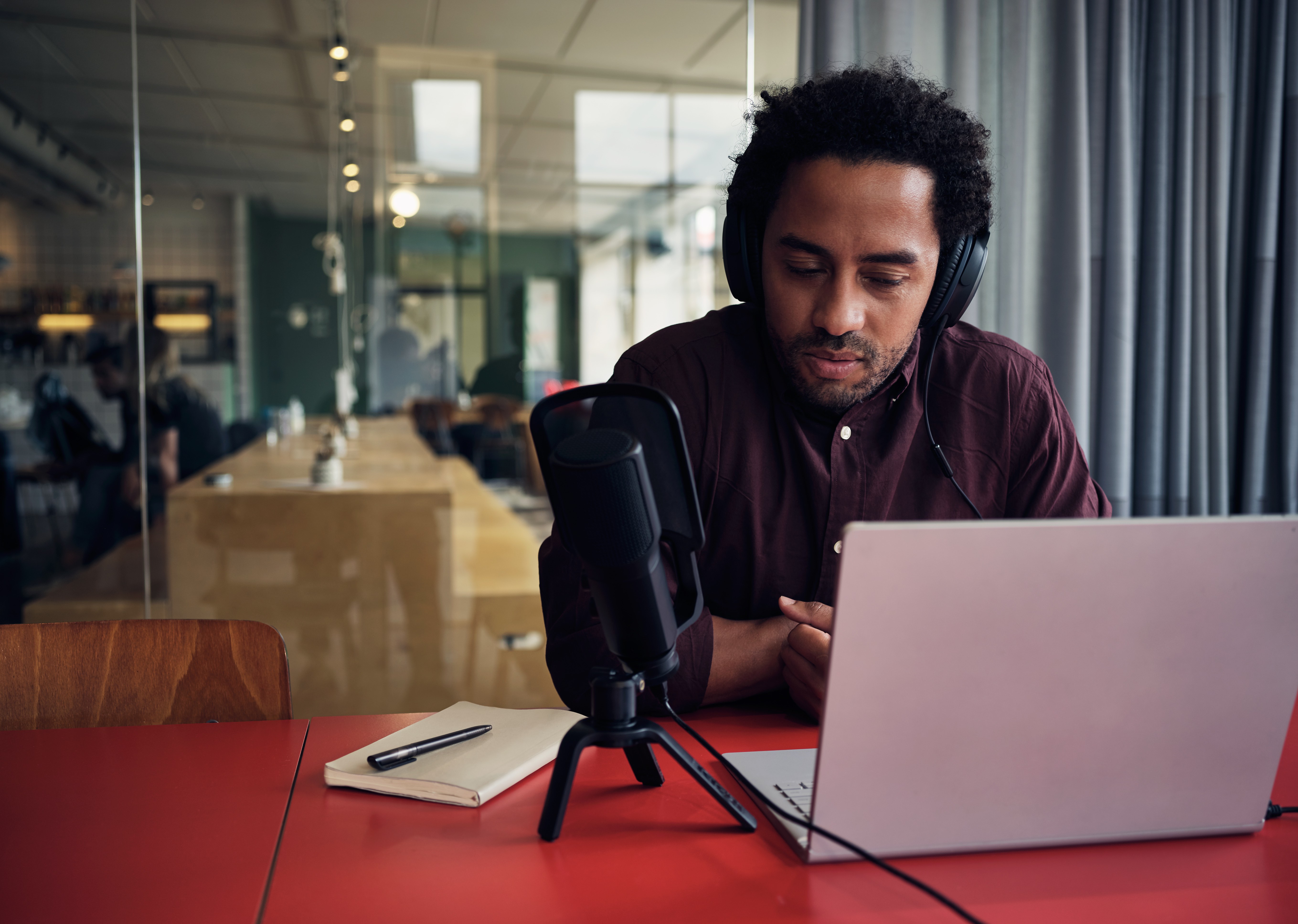 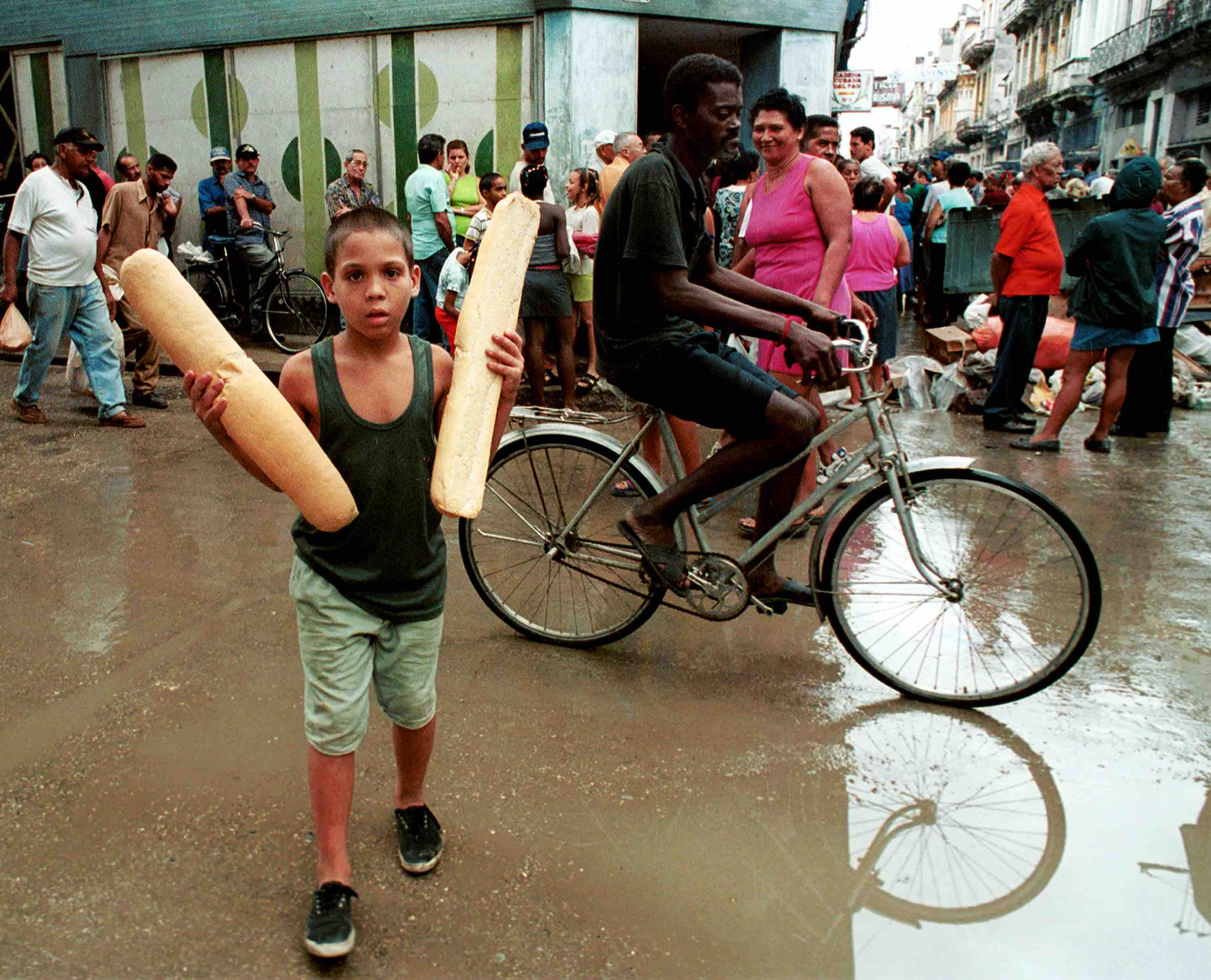 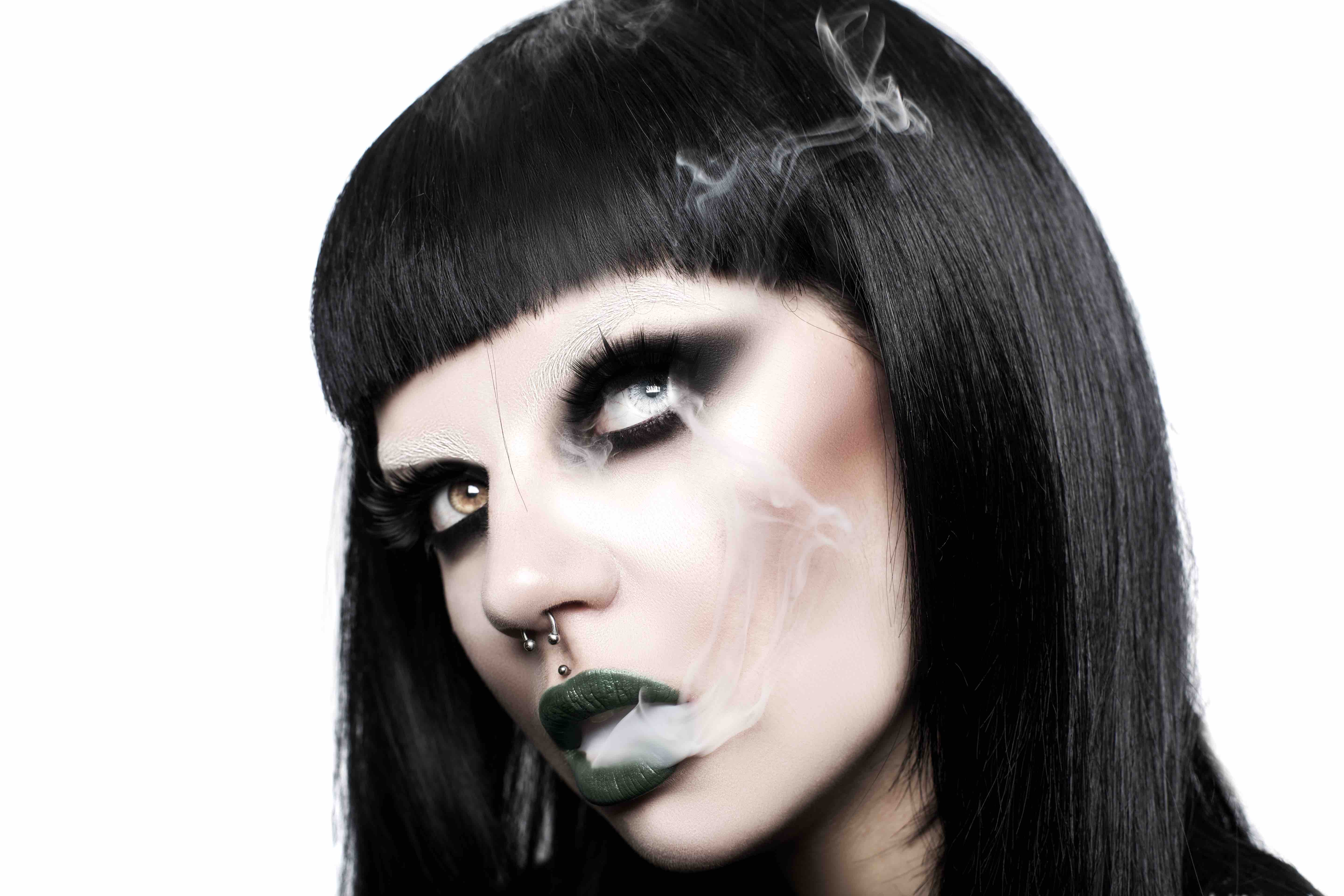 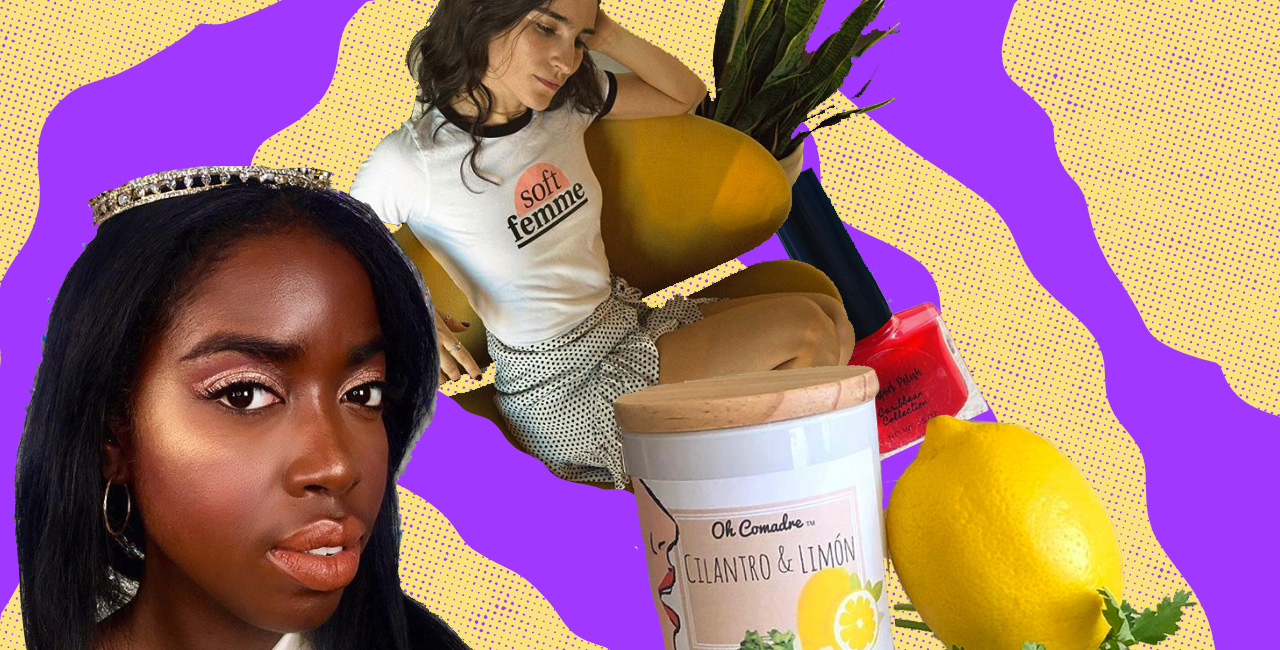