How These Latinos Got Over Their Impostor Syndrome 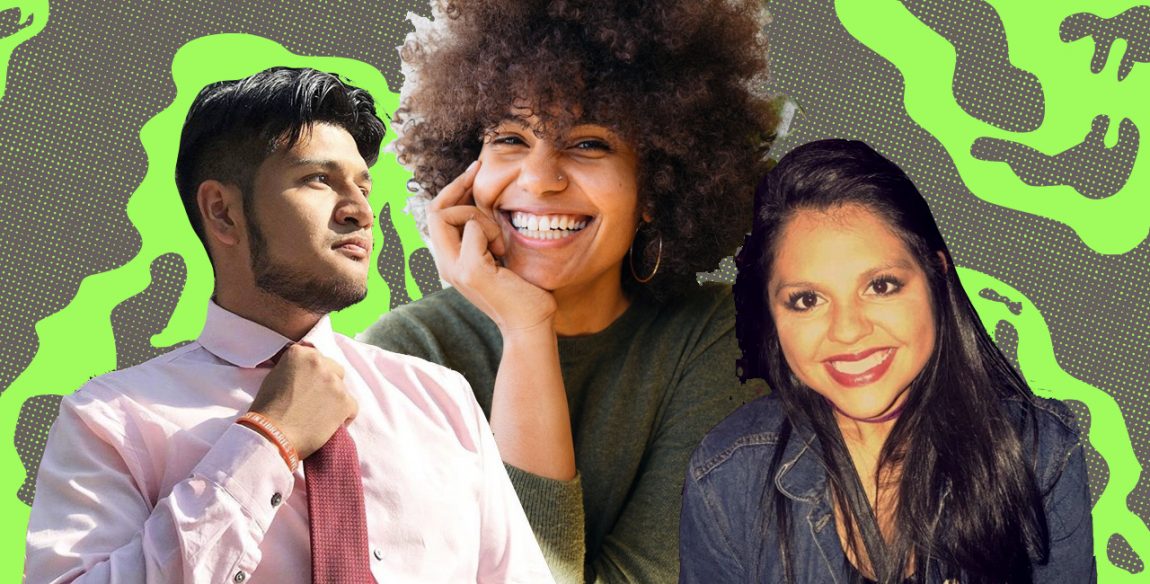 It’s easy to attribute things to luck. When something unfortunate happens, we say it’s due to our mala suerte. Likewise, when dealing with something pleasant, we thank our luck for bringing us that far – oftentimes waiting for the other shoe to drop and that good fortune to finally expire.

Believing we’ve entered a space, like college, a new job, or the surpassing of a milestone, by chance due to some external factor – such as a need for diversity or by fooling others into thinking we belong there, despite the fact that our past accomplishments say we do – is common within Latino communities.

Coined in 1978 by psychologists Pauline R. Clance and Suzanne A. Imes, the phenomena’s known as “impostor syndrome,”where people attribute their success to luck, rather than hard work. It’s characterized by a fear that our peers will soon discover we’ve somehow faked a level of competence we don’t actually have. It’s often stress-inducing, and triggers other behaviors like perfectionism, overworking, self-sabotaging, and the downplaying of worthy accomplishments. A study published in the Journal of Behavioral Science estimates that about 70 percent of the US population has experienced the syndrome before.

But for people of color, impostor syndrome comes in a racialized way. A University of Texas at Austin study of 322 “ethnic minority college students” found that students were aware of the stereotypes associated with their racial/ethnic groups and that influenced how they experienced the syndrome, possibly worsening depression and anxiety due to perceived discrimination.

Of course, the effects of impostor syndrome on an individual vary case by case and that determines how it’s addressed. We spoke to three Latinos about how they handle feelings of inadequacy and what steps they took to assist in their journeys of eliminating self-doubt as best as they can. Maqenzi Hovious has always felt like the “other.” Growing up in and around predominantly white towns in southern Indiana, Maqenzi dealt with being one of the few Mexican students in her high school and feeling the stares of people as her Mexican family shopped at the grocery store. She says those experiences have directly influenced her struggle with impostor syndrome throughout the years.

As she finishes up her graduate degree in applied behavior analysis at the University of Louisville, Maqenzi works helping individuals with disabilities – mostly kids and teens with autism – on developing behavior and social and academic skills that will set them up for success. She hopes to become a certified behavior analyst once she graduates in May. Though she’s excelled in her academics and has received positive feedback from her work supervisors, Maqenzi has faced days where she “feels fake” and asks herself if she’s really capable of completing the responsibilities she’s been given. “Sometimes I’ll wake up and I’ll be like I don’t know if I can do this or if a task comes up or something I’m immediately like kind of doubting myself,” she says.

Part of this comes from the way she thinks people perceive her, stemming from her childhood as “the brown girl” in a room full of white people. Maqenzi says it taught her how to read people. She can tell when someone’s not as accepting as others by their stare. “They seem like they can’t believe that I’m in the positions that I am,” she says. “I don’t know if that’s because I’m a woman or if it’s because I’m brown.”

For Maqenzi, impostor syndrome manifests itself in over-preparation. She says she’s the type of person that has to “practice, practice, practice.” “I feel I maybe go overboard in order to try to convince myself that I can do this or I know this information or I can train this person and so I just end up going above and beyond to try to tell myself that I know what I’m doing,” Maquenzi adds.

She didn’t know how to explain this emotion until she came across an article on impostor syndrome about a year ago. Her higher-ups would tell her she just needed more confidence, but she knew that wasn’t it. She sent the article to her supervisor, who has in turn supported her every step of the way.

Maqenzi also consulted a counselor about seeing herself as a fraud. Her counselor assured her that impostor syndrome is a real thing. For her, talking with people who are empathetic to her situation, instead of just dismissing her, has helped alleviate this anxiety. Ferrel Garcia always thought he had a problem with confidence. As a college student, he’s exhibited symptoms of impostor syndrome, but he didn’t always know what he was dealing with.

Soon Ferrel will graduate with a degree in digital marketing from Brooklyn College. He’s completed several internship applications in the past, and in the back of his mind, self doubt began creeping up. Despite working at being the best candidate possible – he, for example, taught himself tools like Microsoft Office and Google Analytics in his spare time – those feelings of inadequacy would still linger.

“I felt like I was maybe going off whim,” he says. “I wasn’t sure at what level of expertise I should be at in my field. Whenever, I would interview I would think in the back of my head, maybe the best candidate is a lot more qualified than me.”

Ferrel believes his ethnicity may have played a role in the ways he’s felt. Before transferring to Brooklyn College from Binghamton University, Ferrel served on a few committees in student government, but he never felt like he belonged.

“I never felt a sense of maybe student government is right for me. Maybe I should try to run for [an executive board position], and I guess that was partly because I didn’t see that many faces that were minorities in the student government body,” Ferrel says. “I felt like a little bit of an outsider. I felt like maybe I might have to prove myself a little more just to make an impact on the student body.”

Ferrel also took on a perfectionist attitude while at Binghamton. He’d give himself unnecessary work to compensate for that feeling of insufficiency. “I would always go as hard as possible just to try to pick up a new skill, a new hobby,” he adds. “I felt a little like I was overworking myself. I was taking a bunch of classes, not directed towards a major.”

For Ferrel, it really helps for him to see people of the same background in the spaces he tries to enter. He says that since Brooklyn’s campus is so diverse, he never really feels underrepresented, giving him the confidence to pursue more opportunities. When he pursues a professional opportunity like an internship, he looks to see if there are any Latinos on the executive board of the organization. That assures him that he can probably enter that space, too.

Ferrel has also enlisted the help of counselors for advice in his professional field. Though he’s never actually discussed impostor syndrome with them, they have helped him decide the best steps forward for him.

Instead of focusing on the self doubt, Ferrel has also taken on a new mantra when applying and taking on new roles. He says, “I have this mentality that it’s better to have tried than to have not tried at all.” For Ysanet Batista – founder, chef and co-owner of Woke Foods, a plant-based, women-owned cooperative food business – dealing with impostor syndrome indirectly led to a career change. Before entering the food industry, Ysanet worked in hotel management and hospitality. In that space, she was usually around professionals in suits, “folks that had the power to move money around,” she says.

Often as the only woman of color in the room and the only one with an accent, she struggled with feeling like she belonged. “I remember feeling both excited to be in those spaces, and also feeling like I didn’t belong, specifically around language. I always felt like I had a strong accent or I didn’t know the academic words for certain things,” Ysanet says. “So over time, my mom always told me the expression ‘fake it till you make it,’ so that’s what I did.”

She recalls one specific incident that made her feel like she wasn’t educated enough for her industry. While working at a hotel in Hawaii, Ysanet attended a professional dinner with sales executives. As she spread butter onto some bread, her boss corrected her etiquette.

For her, she says that sense of feeling like an outsider led to her self-sabotaging.

Because Ysanet spoke Spanish, she started getting opportunities in the housekeeping management department of hotels, even though she enjoyed working in sales and marketing more. “I started taking those positions instead because they told me you’d be better here but that really wasn’t what my heart wanted,” she adds. “And I really enjoyed the creative process of marketing within hospitality.” Ysanet told herself that working in housekeeping meant she didn’t have the additional pressure of knowing “big words.” There was also a sense of comfort in working with people who looked like her mother and grandmother.

But though the comfort was there, Ysanet’s heart wasn’t in it – something people picked up on. Eventually, she got fired. “I was sad at first. It was hard time for me, but I was relieved,” she adds.

Out of that negative situation, Ysanet now had the space to transition into something she truly felt passionate about. She still struggled with impostor syndrome as she searched for her next step. “I wanted to change my career, but I was like I don’t have the credentials,” she states. “I was looking at grad school, I applied for the Peace Corps, I did all the things.”

Even though she felt unqualified, the opportunities still kept coming in. She went through a few roles, but eventually found her calling in plant-based food service and community organizing. Though Ysanet says she still struggles with impostor syndrome because she didn’t go to culinary school and has embarked in a career in the food industry, several things have helped her overcome it.

Her friends remind her that she owns a great business that’s gaining an audience. Ysanet says she’s also pasted quotes of affirmation like “I’m worthy of my dreams” on her window, and she reads the autobiographies of successful people who have taken non-traditional paths to meet their goals.

The more she learns about human experience, the happier and more confident she feels. “I have a better understanding that we were not put in this world to just do one thing. We are multi-faceted human beings that can hold different positions, different emotions, different dreams and aspirations throughout our long life,” she says. “Maybe in the future I won’t be in food, maybe I’ll be doing something else and that’s OK. I’m not being an impostor. I’m not being fake. I’m a human whose mind changes and life changes and goals and dreams follow those changes naturally.” 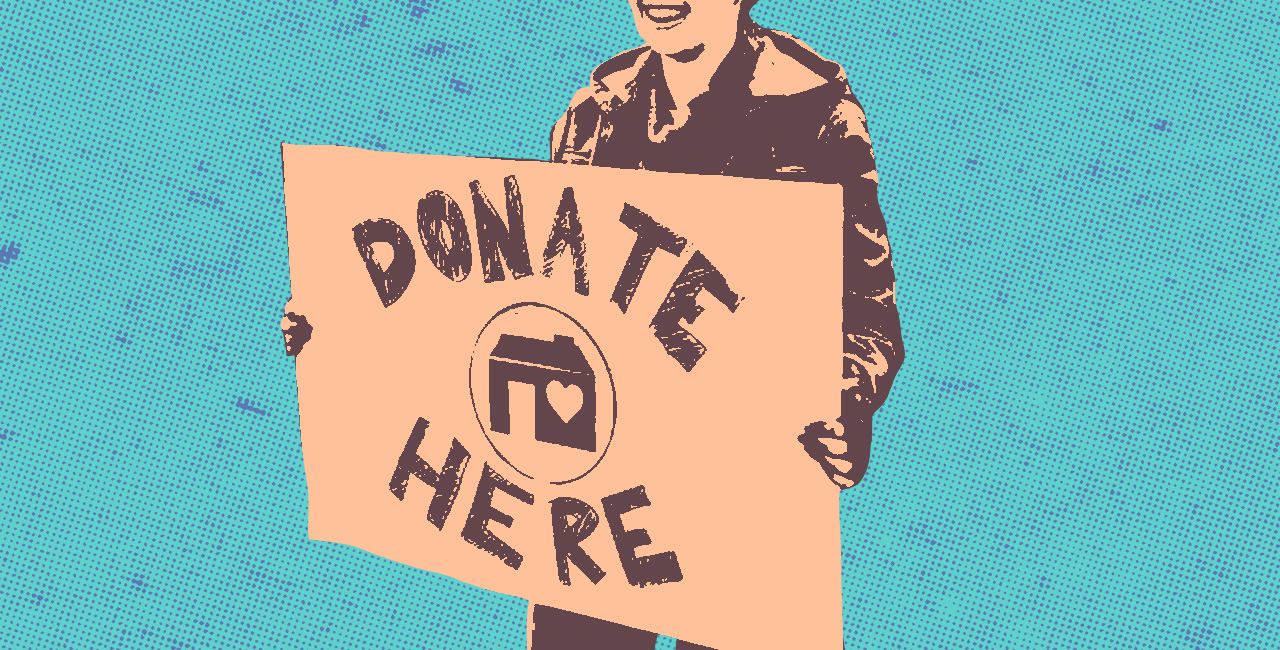 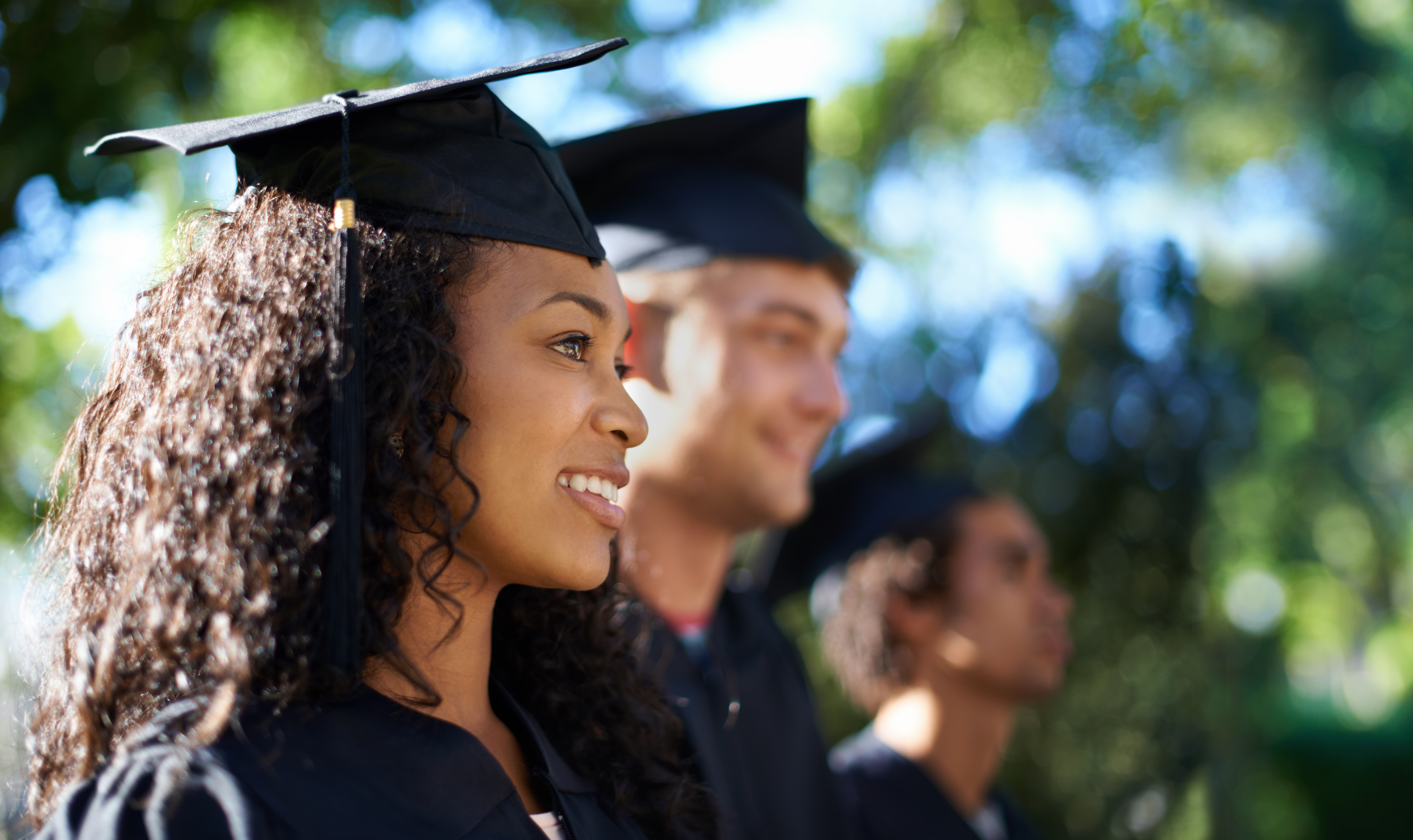 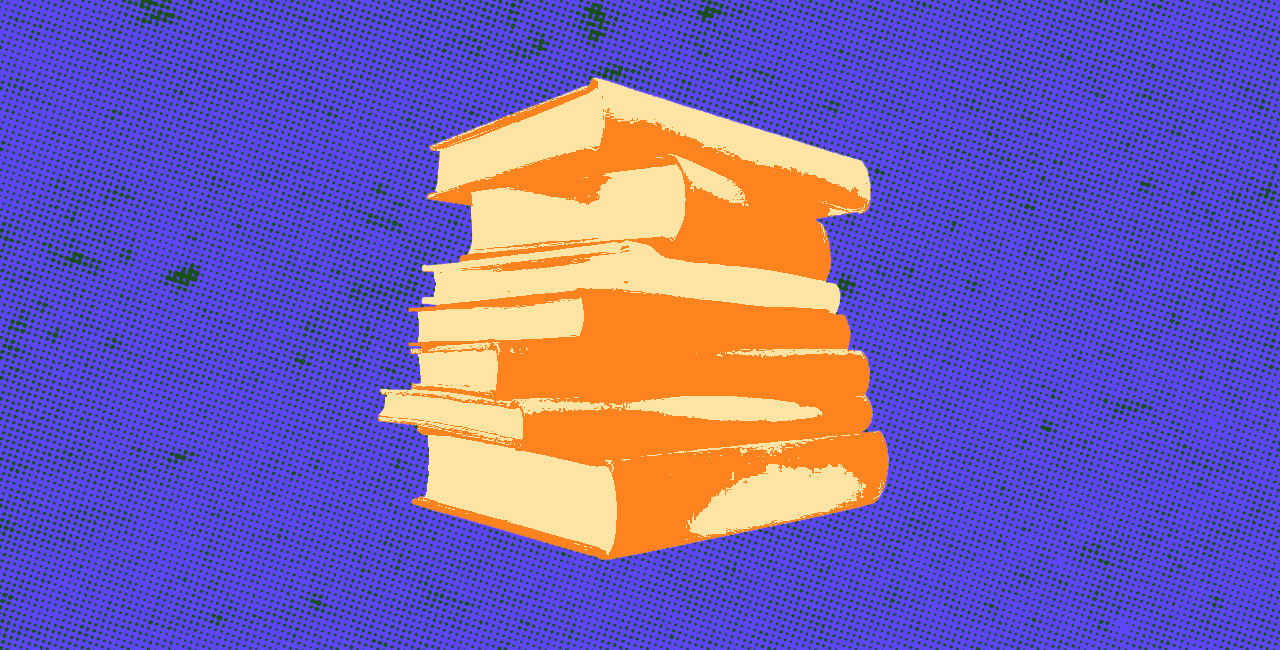 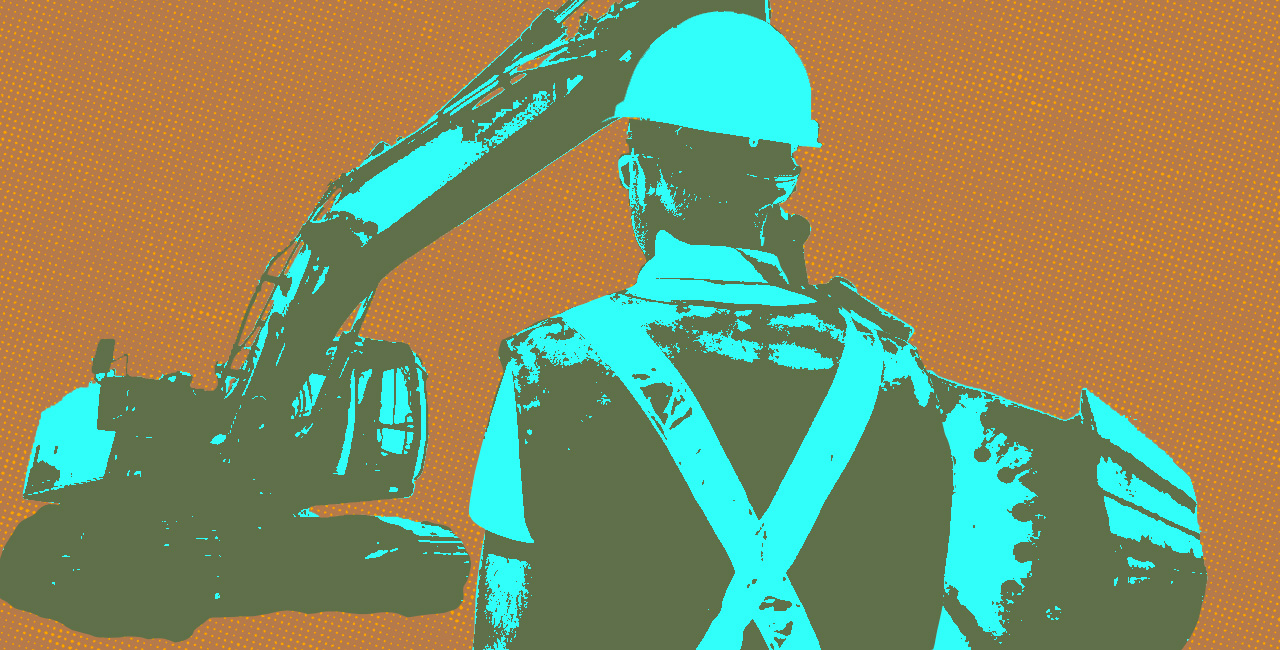 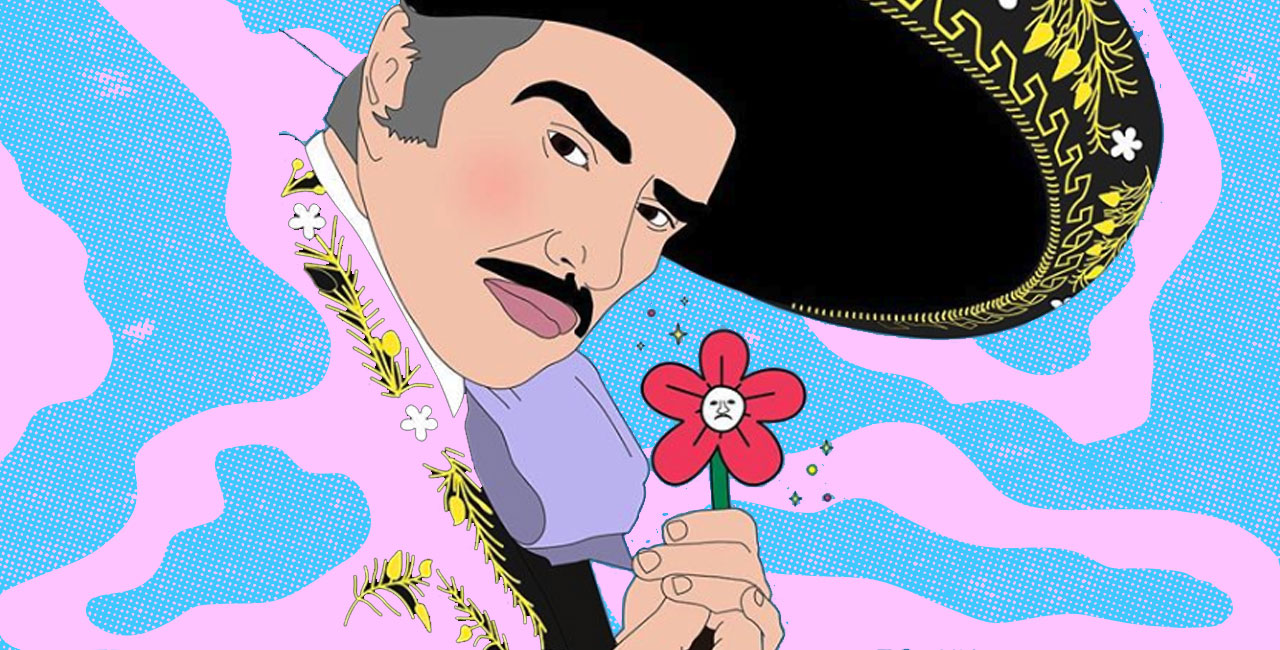 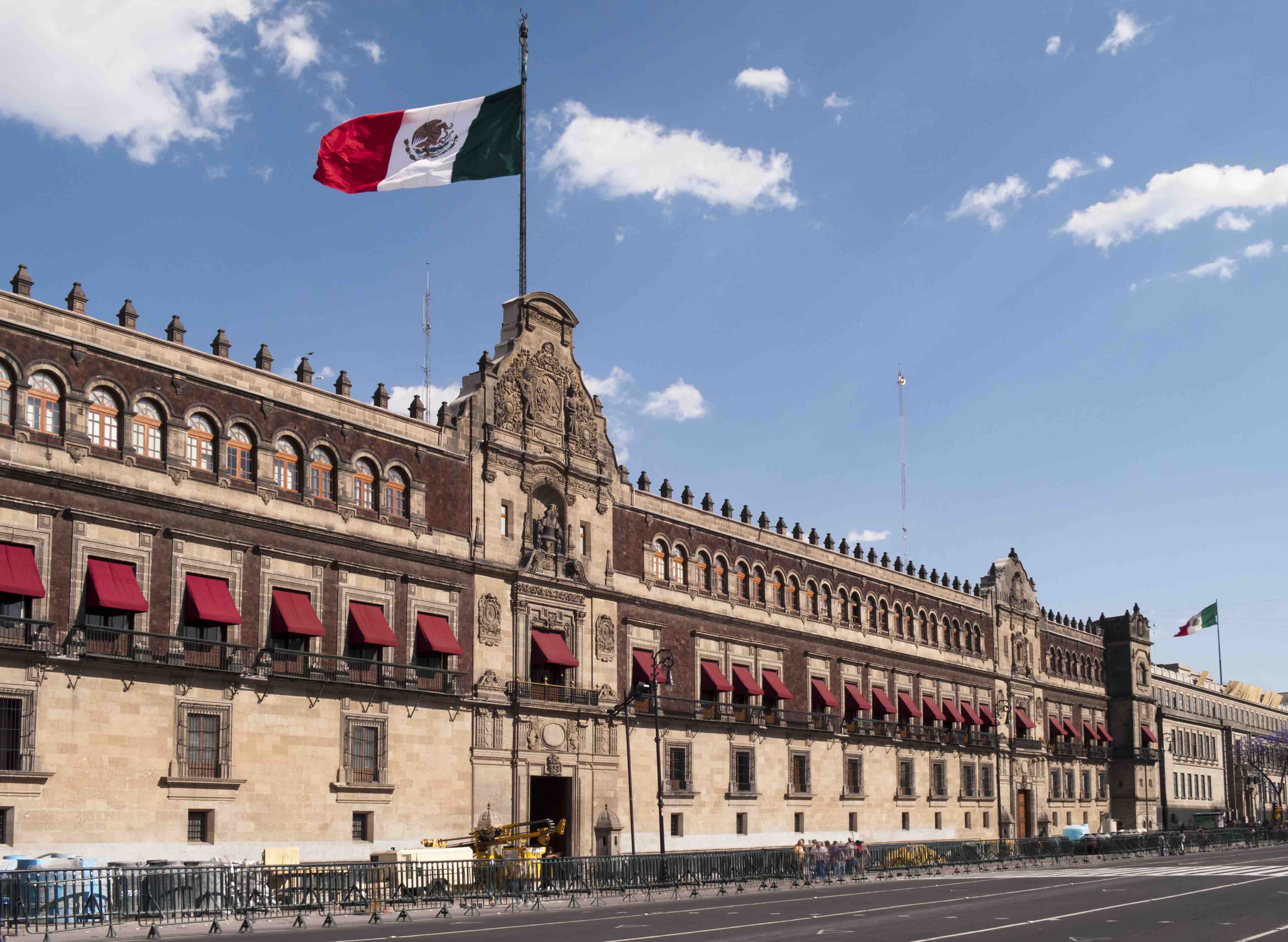 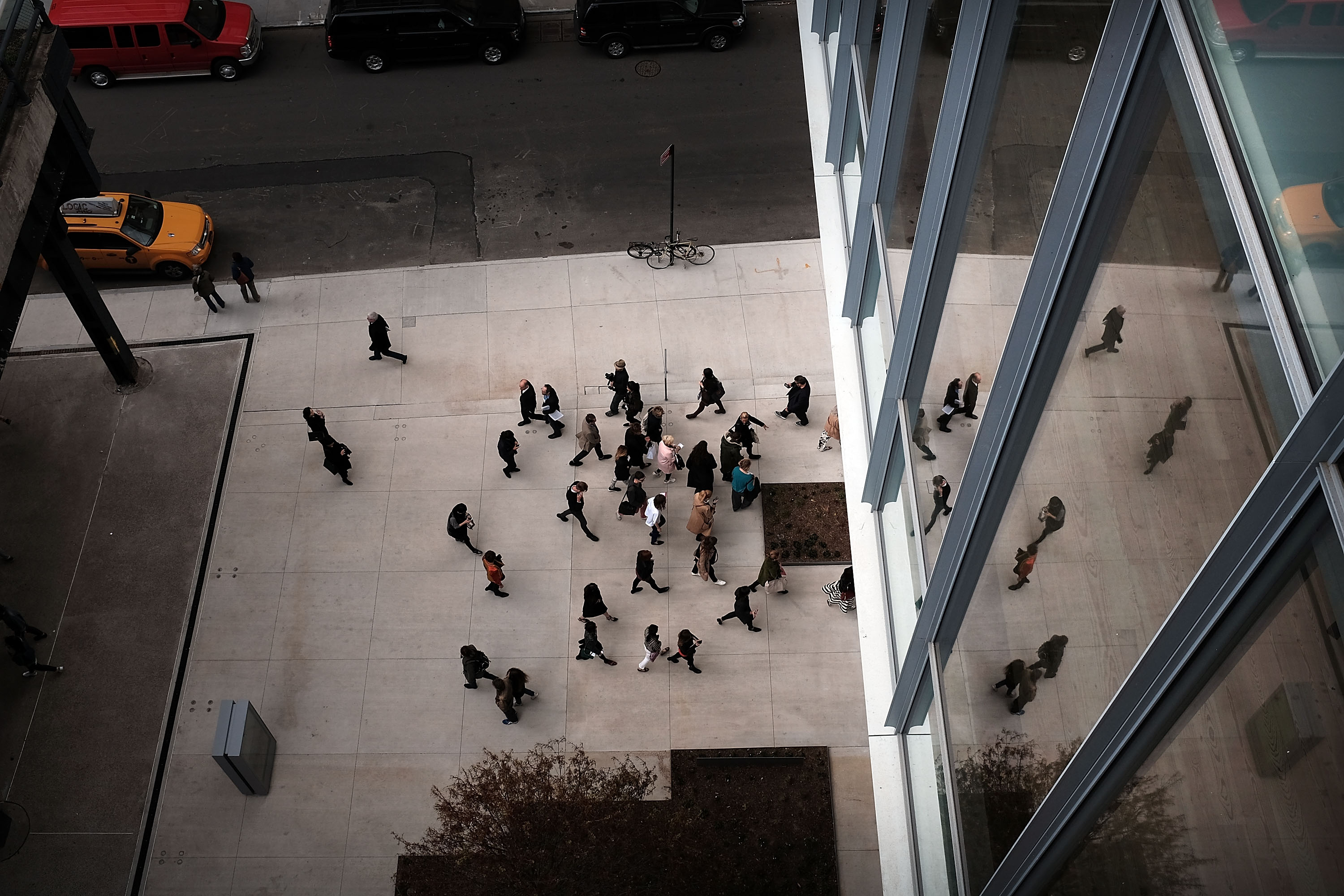