4 Zines Centering Latino Narratives You Should Be Reading
Search
Culture 08.08.17 at 6:40 pm

4 Zines Centering Latino Narratives You Should Be Reading

Over the weekend, Long Beach – one of the most diverse cities in the US –  hosted its third annual zine fest at the only museum in the country solely dedicated to modern and contemporary Latin American art. The presenters at the festival reflected the multiculturalism of its location, with more than 20 self-identified Latino zinesters taking part in the event.

At the festival, a panel with Marissa Del Toro—a graduate fellow currently researching contemporary Latinx* zine collectives—discussed the zine as a means for artistic representation and identity expression in Latinx communities. She decided to focus on gathering the oral histories of these collectives after realizing that zines are more than just the physical production of stories – they are also a way to build community and showcase artwork not typically found in traditional publications.

Her presentation included a brief history of zines starting with the creator of “La Catrina,” Jose Guadalupe Posada, whose satirical calavera cartoons made political and cultural critiques of Mexico in the early 1900s. In the US, social movements also made use of self-published materials to spread their message. “La Raza,” for example, was an independent newspaper that documented Chicano resistance struggles in the 60s and 70s. 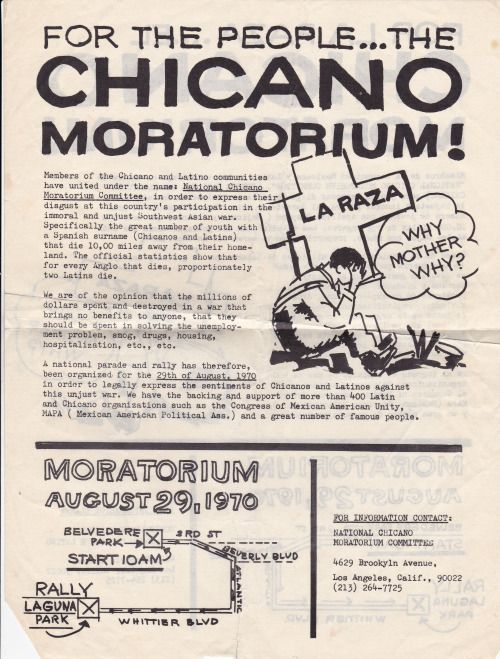 Del Toro sees these zines as a way to challenge dominant narratives about Latinos. “Zines are a way [for Latinos] to take ownership of their own identity and voice because they are not being represented in traditional media, and when they are, it’s usually stereotyped and wrong,” she explained.

“Zines show the beauty of how different Latinx identity is. When I use Latinx I understand it’s not a catchall,” she explains, “there’s Afro-Latinxs. Asian-Latinxs, Indigenous-Latinxs, and zines are an educational tool for people to see how others live. That’s the beauty of zine production, is sharing these stories.”

Here are four Latino zinesters from the fest you should know.

Editor’s note: while Del Toro uses the term “Latinx” in her research, she clarified that she understands not everyone identifies with this label. Throughout this piece, we have used “Latinx” according to the expressed preference of the subjects.

La Liga is a worldwide digital zine “for and by Latinxs” featuring interviews, stories, and artwork relating to the wide spectrum of the Latinx experience. Accompanied by beautiful designs and photography, La Liga publishes stories ranging from interviews with artists like Helado Negro to essays on women’s labor. “La Yerbera” is a printed zine sharing homemade and herbal remedies passed down by families as part of our shared ancestral knowledge. Their upcoming zine will explore colorism in Latinx media.

Partly run by Alma Rosa also known as Chicana_Catwomxn on Instagram, Frijolerx Press centers Chicana, Indigenous, and Brown feminist perspectives. One of their most popular zines, “Tranquila Zine,” addresses anxiety from a Brown womxn perspective. Full of poetry, artwork, and stories centered around the theme of mental health, this zine helps Latina women deal with often stigmatized issues. Their newest publication “Broke Bitch Zine” made its debut at the fest. The series focuses on celebrating working class WOC through content like service job horror stories and “beauty on a budget” DIY fashion tips.

Roxy Morataya is a Salvadoran-Mexican-American artist whose zines focus on celebrating intersectional Brown women. Her zine series “Curv” is about body and fat positivity, featuring her plus size figure drawings and musings on performers who proudly embrace their bodies.

This Boricua librarian has been making zines since the 90s and keeps it old school with traditional cut and paste techniques. Her creations are mostly personal zines – also known as “perzines” – featuring a more intimate and autobiographical perspective. Some of her zines include an analysis of the craft beer scene from a feminist perspective, what it feels like to be in a wheelchair for six months, and screenshots of men wearing racist costumes in their online dating profiles.