What to See at MECA, the San Juan Art Fair Shining a Light on Caribbean Artists 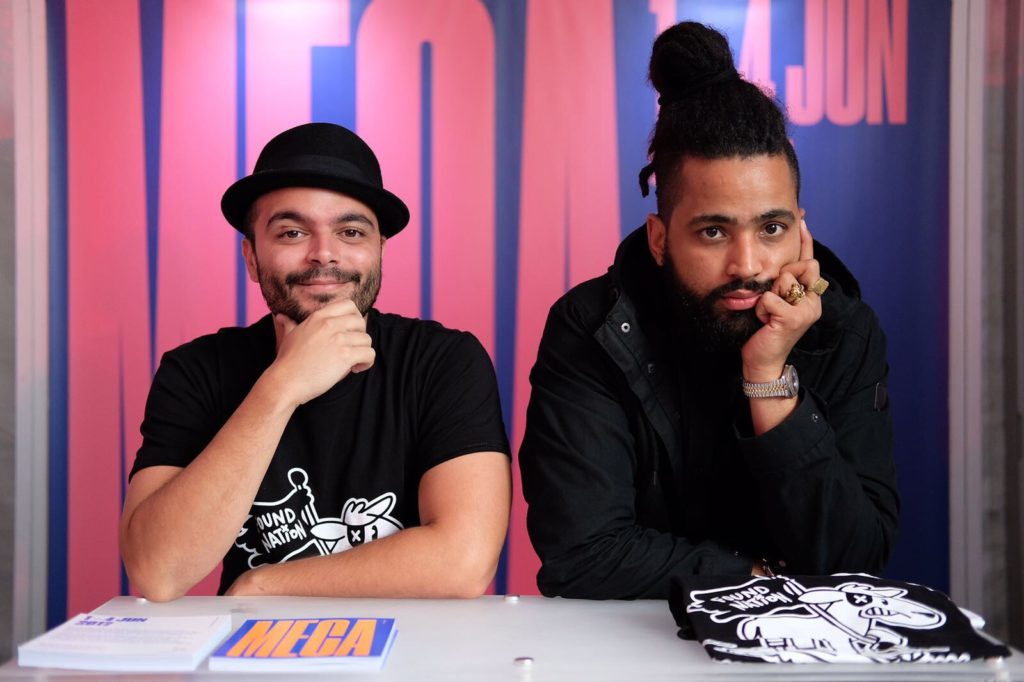 When MECA Art Fair debuted last year, it aimed to put Puerto Rico on the international arts map. Starting an independent art fair in the midst of the island’s debt crisis was no easy feat, and returning for its second edition was an even greater challenge, given the ongoing efforts to recover from 2017’s devastating Hurricane Maria. But founders Danny Báez and Tony Rodríguez – who are from the Dominican Republic and Puerto Rico respectively – remained undeterred in their mission to shine a light on Caribbean artists and art institutions, who are often left out of the conversation. And considering their 2018 expansions, the Mercado Caribeño most certainly hit the mark.

Art talks held at the Museum of Puerto Rico this week have included discussions on culinary arts, the island’s independent music scene, fundraising, cultural projects, and more, and satellite events, spread throughout the city’s galleries and art spaces, have already begun. Tomorrow, the fair itself starts – this time at the Arsenal de la Marina Española in Old San Juan, rather than in its inaugural home in Santurce – and runs through Monday.

Dispersed throughout its three categories – international and local galleries in the main section, eight emerging artists and independent curators under Mecanismos, and Special Projects, showcasing mid-career and established Puerto Rican artists – are more than 30 exhibitors, curated by Carla Acevedo-Yates after an open call.

The five booths (and practices) below will undeniably be among this year’s highlights – there will be many of them, for sure, but these are the crop we’re most excitedly anticipating.

For the full schedule, check out mecaartfair.com.

A returning exhibitor, Casa Quién – founded four years ago by Amy Hussein and headquartered in a 16th-century building in the historic Ciudad Colonial of Santo Domingo – presents two artists focused on the Dominican Republic’s political history. José Morbán revisits archival images in reflecting on the country’s 1984 uprising, a violent three days during which many died and hundreds were injured while protesting I.M.F.-sanctioned austerity measures. Lucía Hierro, a Bronx-based Dominican-American, looks back even further to with Bloodlines, a piece that examines the decades-long, maniacal and genocidal dictatorship of Rafael Trujillo that began in the 1930s. Her piece follows through to the modern-day, where his grandson campaigns for the 2020 presidency. A third artist, Maurice Sánchez, however, explores the past – as well as the present and future – through “rurbinization,” his descriptor for taking the worst of one place to another and vice versa, effectively creating “the worst of two worlds.” Helmed by celebrated Puerto Rican muralist Sofia Maldonado, FEMTRAP shifts the artist toward investigating performance – women’s empowerment in Latin trap and reggaetón specifically – through drawings, video projects, and apparel. Beginning last December, Maldonado teamed up with local artists Zuh and Melicuencia to showcase local female rappers, DJs, and dancers (pole and twerking included) – at her Mecanismos booth, all extensions of the project and its many collaborators converge.

A retrospective of the five Puerto Rican Miss Universe winners through the lens of Miami artist Cristine Brache will represent Fierman, a New York gallery. Gender politics and power are considered through vanity-style conceptual portraits – porcelain mirrors, individual sculptures, congratulatory flowers and ribbons – installed on-site, in addition to a zine, Fucking Attention, in which Brache used a mathematical algorithm to combine images of titleholders with news articles about Trump’s tenure as the pageant’s president and, later, his treatment of Puerto Rico post-Maria. Nyugen Smith and Marvin Fabien’s Lest We Forget originally debuted a year ago in Miami, and now the pair brings their engaging, somewhat surrealistic multimedia piece speaking to climate change in the Caribbean. The MECA performance will be their first showing in the region, where the subject of the conversation is beyond relevant – it’s well underway, already a frightening reality. As Caribbean sons themselves – Smith, born to Trinidadian and Haitian parents, spent much of his childhood in Trinidad; Fabien hails from Dominica, and currently lives in Martinique – they draw “inspiration from [its] rich oral, musical and dance traditions.” Lest We Forget, they explain, “highlights the vulnerability of this region and brings awareness to the outside world that the Caribbean is not just a tourism getaway but a place with cultural, spiritual, and economical values.” Bringing the performance to Puerto Rico, Smith and Fabien add, is “a show of diasporic solidarity.”

…about a year ago @marvin.fabien and i made our first collaborative performance at Prizm Art Fair, maimi, tilted, Lest We Forget. We decided that we would like to continue making and developing this timely, urgent and relevant work related to climate change in the caribbean and the most venerable parts of the united states. we also agreed that it is important for us to make the performance in affected areas in the region. i’m excited to work with this brother again! thank you to Carla Acevedo-Yates @carlaacevedoyates for seeing merit in this performance and including us in your curation of Mechanismos at @mecaartfair 2018. Saturday, November 17th at Antiguo Arsenal de la Marina Española in Old San Juan, Puerto Rico. Visit: mecaartfair.com . . . #bundlehouse #nyugensmith #lestweforget #mecaartfair #puertorico #performance #performanceart #caribbean #tourism #hurricane #collaboration

As part of a San Juan residency under global creative house Justkids, French artist Alexandre Bavard collaborates with local contemporary dance and performance collective La Trinchera – Beatriz Irizarry, Cristina Lugo, and Marili ‘Mim’ Pizarro – on Guang Dong, where the group will also be joined by three more dancers in its two iterations (Friday at 6:30 p.m. and Sunday at 4 p.m.). Bavard’s work “interrogates pre-established ideas about visibility,” says Justkids director and curator Charlotte Dutoit, and “the gestural and performative character of graffiti and the validity of institutional spaces.” 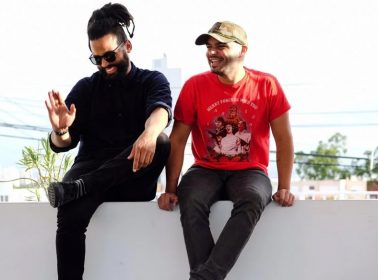 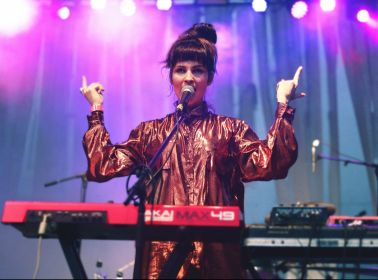 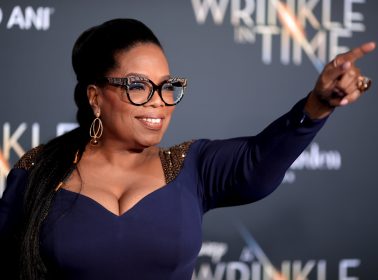 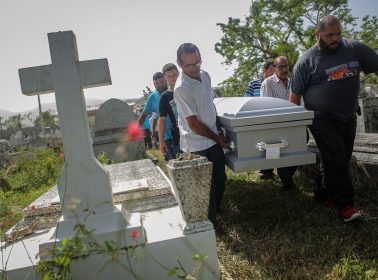 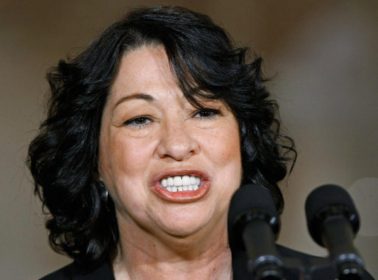 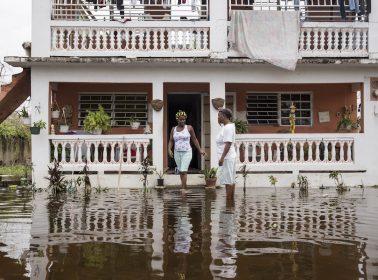 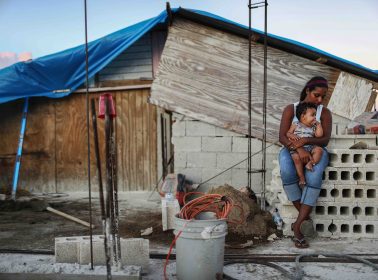