Last week’s Star Wars Celebration, an electric four-day event dedicated to LucasFilm’s galactic franchise, was packed to the brim with nerds from every corner of the world. Amongst the throngs of hype superfans, Peru’s chapter of the 501st Legion – an international organization dedicated to Star Wars cosplay – repped their fervor for the saga’s villains.

Founded in 2012, Legión 501st – Garrison Perú must send a delegation in costume to one fan event per year and abide by the 501st Legion Code of Conduct ensuring that “costume-wearers carry the responsibility of portraying these characters professionally and tastefully while in public” in order to remain active members.

While Legion members dedicate themselves to exclusively dressing up as bad guys, or more precisely, wearing “screen-accurate replicas of Imperial Stormtrooper armor, Sith Lords, Clone Troopers, bounty hunters, and other villains from the Star Wars universe” they also take time to give back to their community. The Peruvian Garrison does rounds at hospitals and orphanages taking time to visit with young kids while donning their Imperial costumes.

At Star Wars Celebration in Orlando, Garrison Perú repped their flag while participating in all the conference’s festivities like posing with Rogue One‘s Jyn Erso (Felicity Jones). 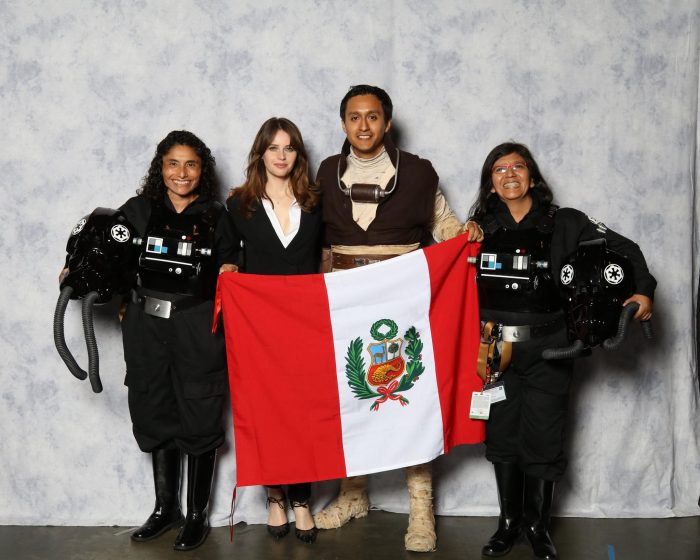 Even Luke Skywalker himself (aka Mark Hamill) took a pic with the garrison’s banner. 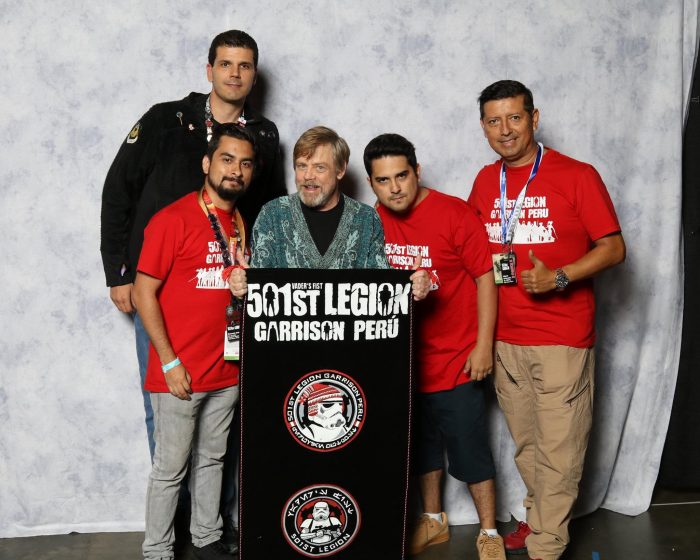 Between posing for pics with celebrities and roaming the convention center, the garrison posted on Facebook that attending the 40 Years of Star Wars panel was “without a doubt, an unforgettable experience for us that could likely never be replicated.” With surprise appearances from George Lucas, Harrison Ford, and a slew of former Star Wars cast members, they are not exaggerating.

Even if you couldn’t make it to the annual  galactic gathering, here’s your chance to meet some of our favorite Peruvian cosplayers from Star Wars Celebration. Check them out below.