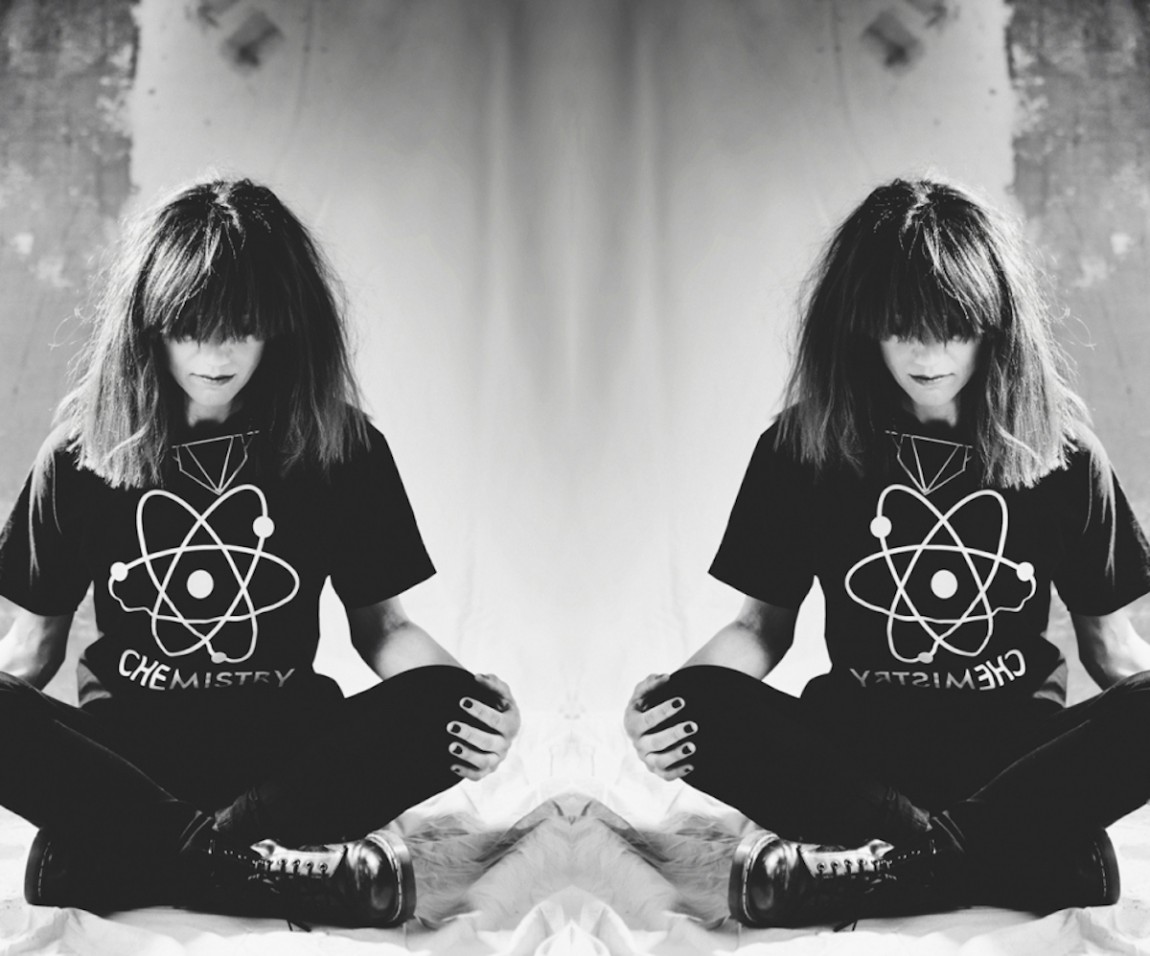 Jordi Puy of Sound Diplomacy–who you may remember for our Spain edition of Best & Brightest–is back to take us through a history of the labels (and masterminds) that shaped the punk rock classics, indie pop mainstays, and more recent electronic offerings of the country’s homegrown scene.

Puy, a long-time cultural promoter with roots in Barcelona’s underground  scene, is formerly of the Catalan! Arts satellite in the UK, and is also an arts management guest lecturer in numerous universities, such as la Universidad de Antioquia (Colombia) and ITESO (Mexico). Read on for his top 13 selections, contextualizing the labels that have paved the way and those continuing to push scene the forward.

This iconic punk-rock-hardcore label from Barcelona is celebrating 25 years in 2015. Having grown up here, BCore is the label that has always been there as part of the city’s underground, independent soul. During these years they have released albums from cult local bands (long gone) like Aina and some of my favorites like Nueva Vulcano. 2014 highlight releases included new albums by Brighton64, Dulce Pájara de Juventud, and Joan Colomo, while everything is set for a glorious 25th anniversary year, starting off with a new album by Nueva Vulcano. How much longer do we have to wait?! 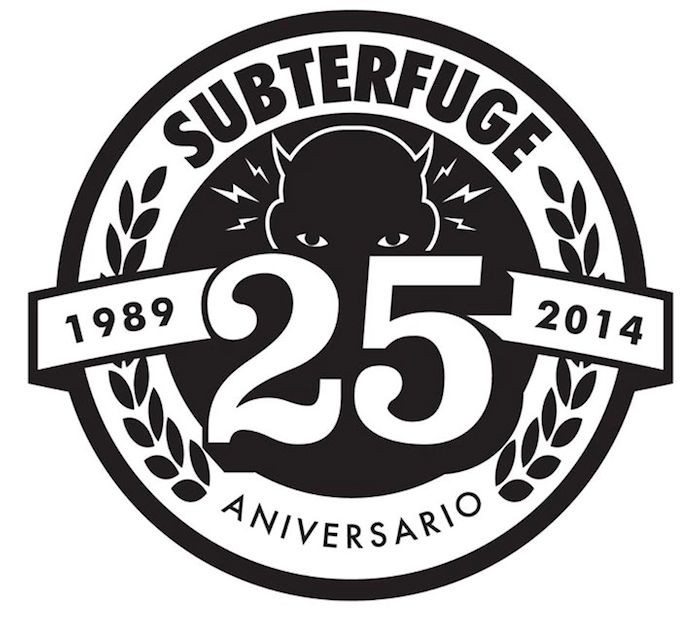 2014 was Subterfuge’s turn to celebrate a 25th anniversary, an honor reserved for the toughest gladiators of the Spanish indies. With a roster that’s evolved naturally over time, you can find releases from electro-pop legends Alaska (with Pegamoides and Fangoria) and classics from Spanish ’90s commercial rock with Dover’s “Devil Came To Me” or Australian Blonde’s “Pizza Pop.” Also worth mentioning is Los Fresones Rebeldes, a ye-yé revival/pop cult band that recalls memories from some pretty fun Uni parties…ehem…other Subterfuge bets include Neuman, Vinila Von Bismark, and Joe La Reina. 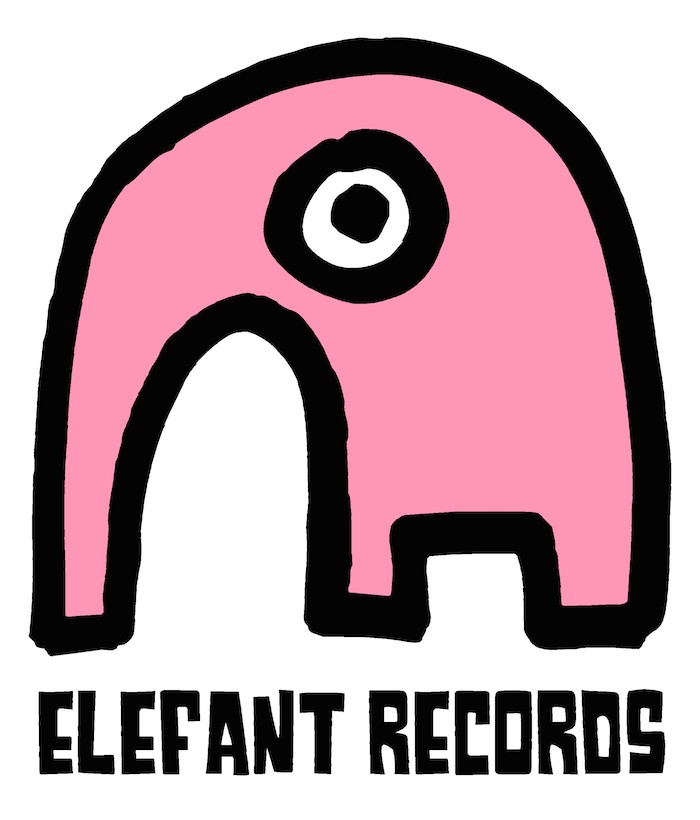 Before moving onto more recent arrivals to the scene, this is my last tribute to another classic pillar of the independent music scene in Spain for the last quarter of a century: Elefant Records.

Founded and run by music journalist Luis Calvo, Elefant has been the absolute King of the country’s twee pop, mod and indie-pop scene for the last 25 years. The list of bands and releases over these years is longer than Robert Smith’s daily cosmetics order, and includes classics such as Los Flechazos, Family, Nosotrash or two of Camera Obscura’s first albums (Underachievers Please Try Harder and Let’s Get Out Of This Country).

In 2014 we enjoyed three 12” maxi singles releases from La Bien Querida (“Premeditación,” “Nocturnidad,” and “Alevosía”), Cooper’s UHF, and Neleonard’s EP Agosto; already looking forward to what this year will bring. 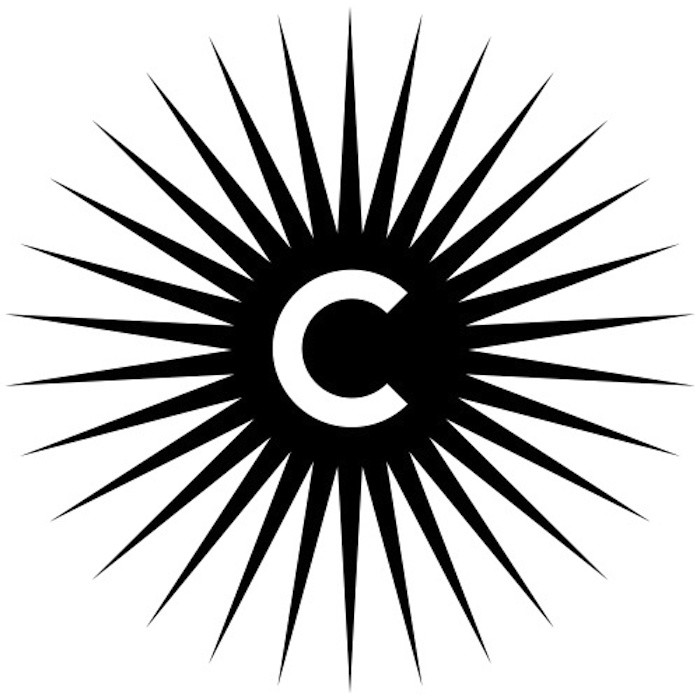 La Castanya is simply the best of the country’s hardcore-punk-rock-noise new players. Led by the Guardia brothers, the label has become a reference for their commitment to the underground scene, independent hard-working attitude and passion for their job.

Extraordinarily powerful rock and hardcore bands like Nueva Vulcano (also on BCore), Biscuit, and Aliment, and young rock and electro-punk gems like Furguson, have rightly trusted La Castanya to release their work and help them tour in Spain and abroad. It’s also worth mentioning bands like Me and the Bees and Beach Beach, sharing a slightly softer but not any less interesting sound.

La Castanya’s homegrown success has earned the respect and trust of international big players like Matador to release and book the likes of Ted Leo and the Pharmacists in Spain and Portugal, or to manage worldwide releases for New York bands Obits, the Van Pelt, and Daniel Higgs. 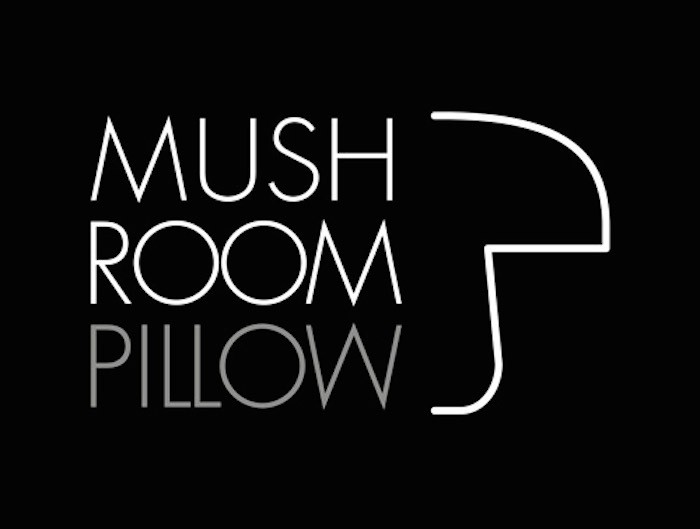 Madrid-based Mushroom Pillow was born in 2001 with the objective of “becoming an alternative to majors and Spanish indies from the ’90s, to internationalize their artists, to generate changes in media coverage of underground [culture], to connect people, to sell out venues.” It seems that they’ve achieved a fair share of their objectives, if not all.

They have internationally successful acts (particularly in Latin America), have build up a roster with a distinct independent sound away from the ’90s indies and majors feel, and I am sure that many of their bands can successfully sell out many venues in the country. With Triángulo de Amor Bizarro, El Columpio Asesino, La Habitación Roja, Sr Chinarro, Delorean, Mushroom Pillow’s roster is clearly part of the 2000’s generation that stand for the search of new sounds where electronic, pop, rock, and noise collide without pre-defined restrains. 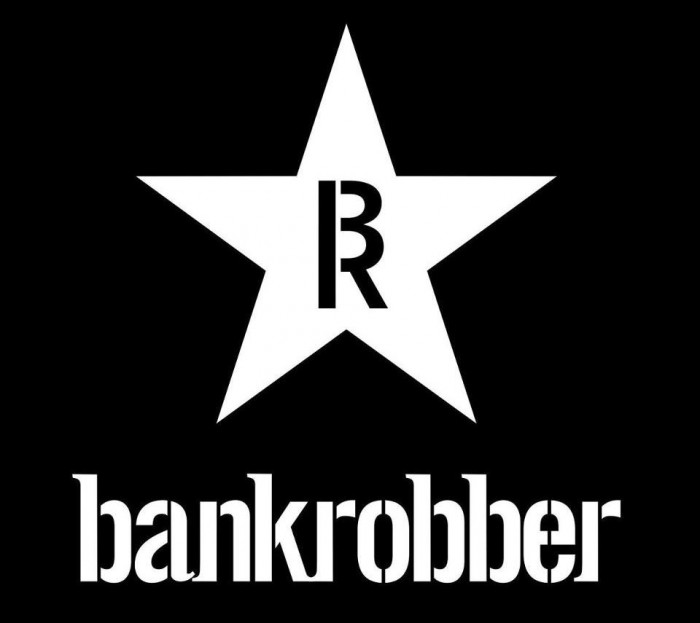 This indie label has been a very active player in Barcelona’s indie scene since it was created 10 years ago. Again, and this is probably the only common ground to all indie labels in Spain– that they’ve survived and succeeded thanks to the determination and will of an amazing team of dream hunters.

Bankrobber has an eclectic roster, which the label’s founders have built up based on an open-minded love for music with no style barriers: Guillamin’s electro-funk, singer-songwriter skills from Sanjosex, Mazoni, and Isaac Ulam, Macho’s rock’n’roll show, and the unhinged craziness of the solo artist Esperit! However, there’s a special place in my musical heart is for the brilliant arrangements and lyrics from El Petit de Ca L’Eril; in particular, the artist’s last two albums Vol i Dol and La Figura del Buit.

The list of amazing bands that have worked with Sones is long and varied. Label heads Mireia and Víctor (in charge of the label’s command) have recently signed big national pop acts Delafé y Las Flores Azules and Tempelton that are more in the “mainstream” side of indie, but the label is also home to some of the most experimental bands in the circuit (and one of my favorites, Za!).

Sones has yet to unleash its full potential; recently the label has opened its doors to the promising young noise/rock band Mourn and masters of the twee pop universe, Fred i Son. If you’re into Family and La Buena Vida, then this will certainly be your kind of thing. 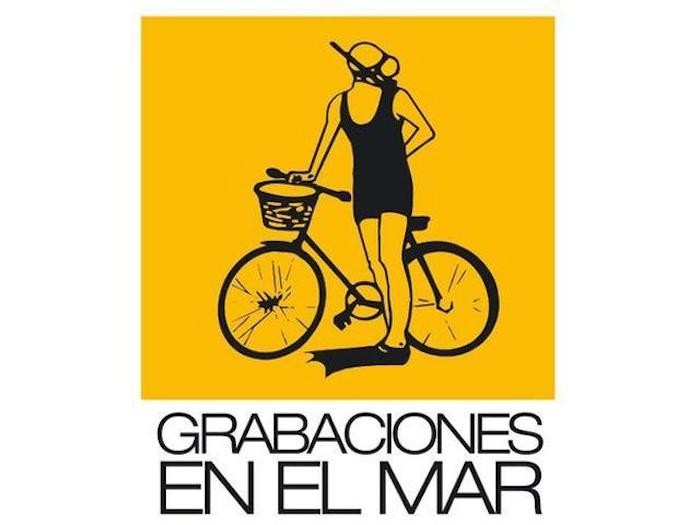 Grabaciones en el Mar is the surrealist, psychedelic representative of the Spanish indies of the ’90s. This label is a backbone of Zaragoza’s indie scene, as exemplified best by Bigott or well-known cult band El Niño Gusano with its hilarious lyrics and usually no-less-ridiculous melodies.

The list of remarkable releases includes albums by many more crackling bands, such as La Habitación Roja, Tachenko, La Costa Brava, Josh Rouse, or El Regalo de Silvia. In this case, the obstinate person behind this label’s existence and success is Pedro Vizcaíno, another hero to pay our respects to. Long live this Spanish (surrealist) indie classic. 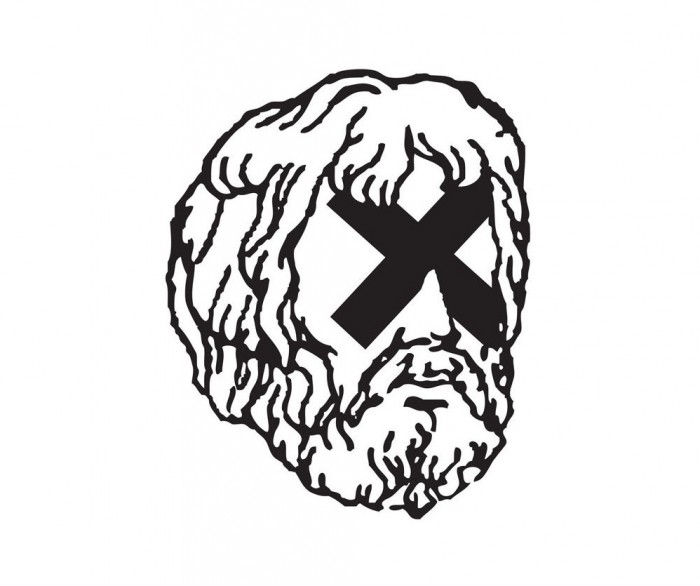 Before we overdose on indie pop/rock, it’s time to connect with our electronic heart– to do so, there’s no better label than Hivern Discs. Its roster includes some of the country’s biggest internationally successful artists, John Talabot and Pional, some of the best examples of how far a local producer/DJ can go with the right investment of time, talent, and resources to create their own sound. 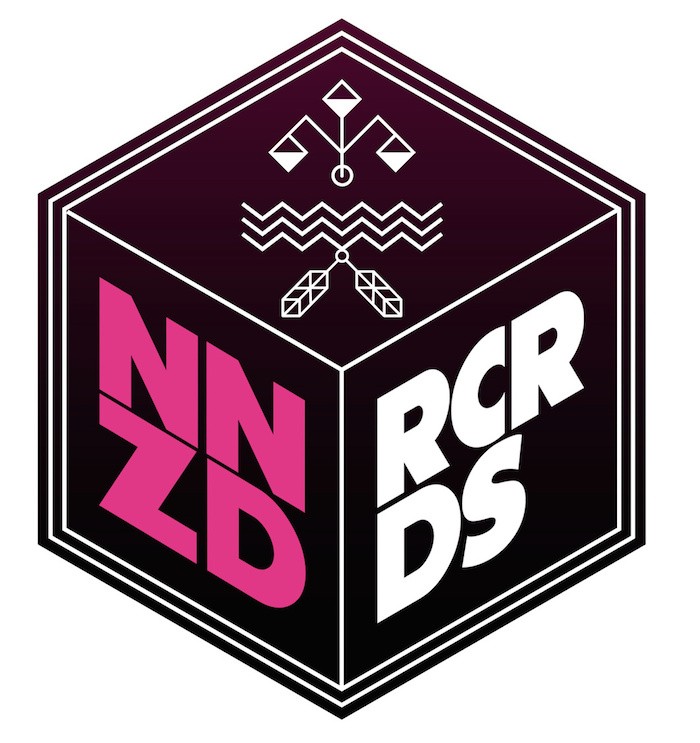 Neonized began as a blog-zine that wanted to spread the word about music (mostly electronic), but in 2010 began to reach out with projects in the IRL realm. The folks at Neonized have established themselves as a reference point for bloggers and labels to take a peek at the newest expressions of national electronic dance music, bringing together Drömnu’s hip-hop experimentations and Bittenpen’s futuristic house and techno under one roof.  Having already convinced us that their taste was reliable as a blog, they’ve now confirmed that their opinion is one worth counting on as a label as well. 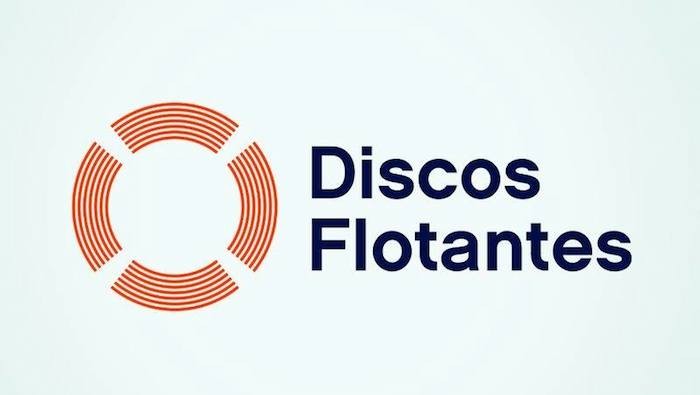 With under a year in existence, Discos Flotantes label is now home to some acts that have quickly established themselves as names to watch, with projects like La Banda Municipal del Polo Norte (check out their third album Calor) and newcomers Supernumerario. The label owns and manages a recording studio in Barcelona, giving them an even stronger potential of becoming a home option for new and established acts in Spain. 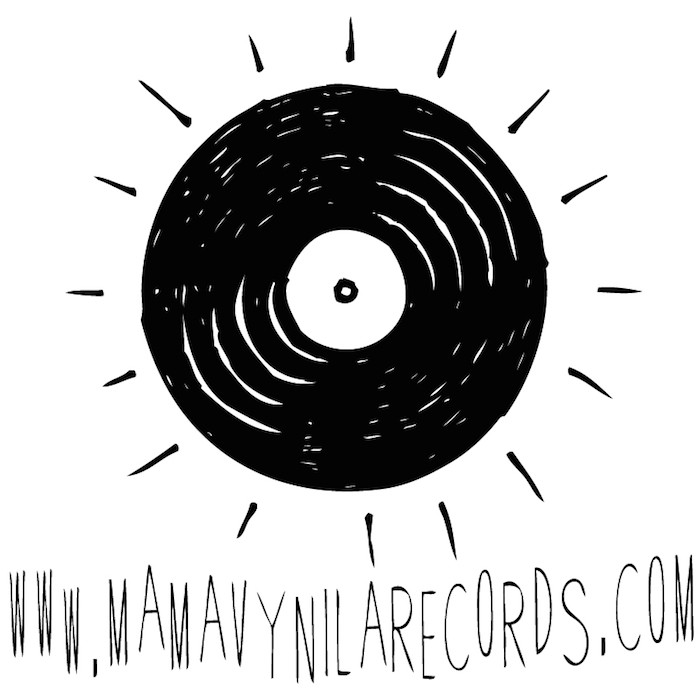 Founded in 2010, Mama Vynila operates in the new arrivals’ lot, and was first introduced to me by my melomaniac friend and great indie composer, Juanpe González, as the best new record label for true-underground-low-fi-worth-listeing-to-music. I was a bit reluctant at first (underproduction as a statement can be a dangerous game), but The Saurs’ first release, Salvaje Montoya, and Terremoto converted me into a Mama Vynila follower, especially when looking for a genuine indie noise-punk-garage sound with the right spirit that is sometimes missing from more produced bands.

El Segell del Primavera is, without a doubt, one of the strongest entities in the Spanish indie labels scene. With the backing of the internationally respected Primavera Sound Festival, this is a project that has managed to build up success and acknowledgement in a very short period of time.

Under the direction of Carles Baena and with the arrival of one of the most promising young professionals in the sector, Anna Romeu, this can only keep getting better. The label’s signings include some flagship names of Spanish independent music–with Standstill and Refree–and some impressive international releases like Sonic Youth off-shoot Lee Ranaldo And The Dust’s Acustic Dust. 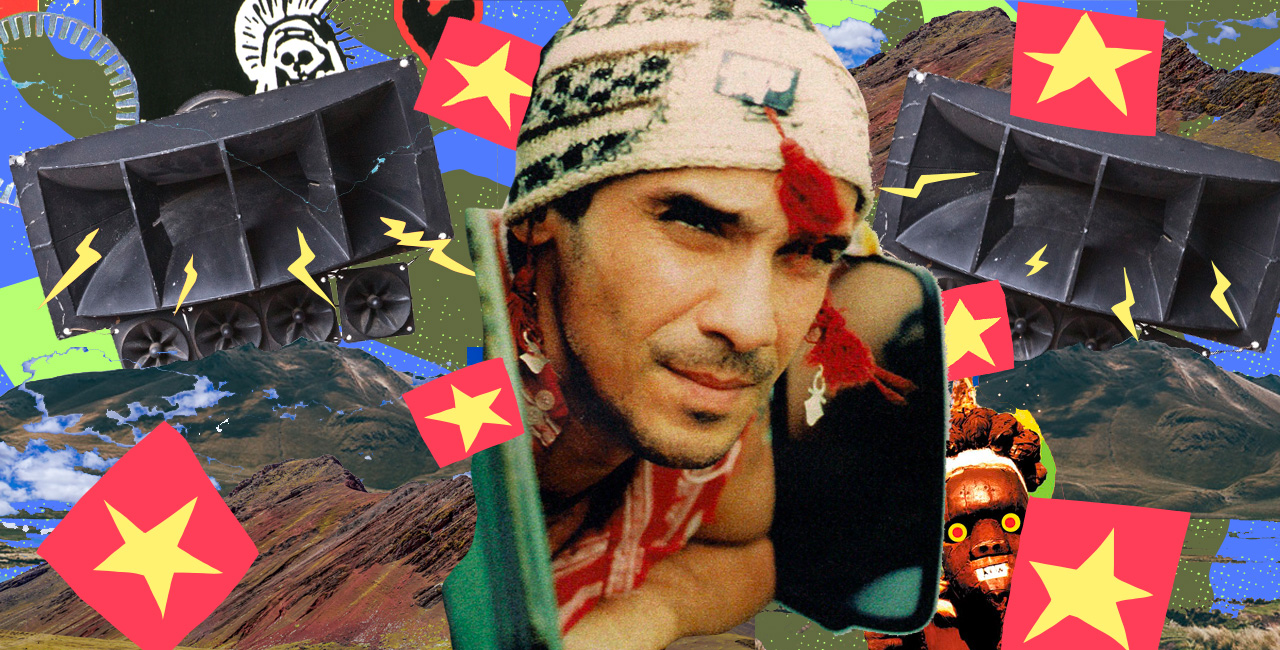